Two years ago while attending the Fly Fishing Show in Denver in January I roamed along the outer wall where fly tiers were stationed. Here I discovered a tier from Pennsylvania named Tom Baltz, and he was displaying some parachute black ants with various colored wing posts. I inspected the ants and I was impressed with the narrow waist between the bumps in spite of attaching a wing post and parachute hackle to the middle of the fly. 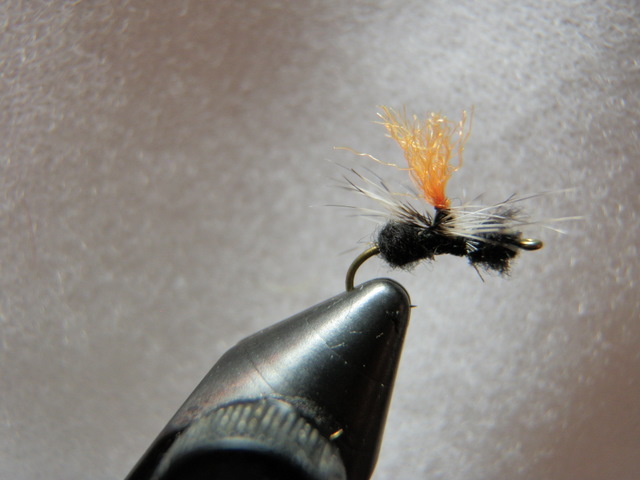 I asked Tom if he would tie one for me and he did. I returned to my personal fly tying desk and produced some reasonable imitations. Two years passed by, and I couldn’t remember the detailed steps required to make parachute ants, so when I attended the Fly Fishing Show on January 6, I sought out Tom for another instructional session. I found him in a similar position, and he agreed to tie a parachute ant for me again. This time I borrowed a piece of paper and pen and recorded each step in a fair amount of detail. 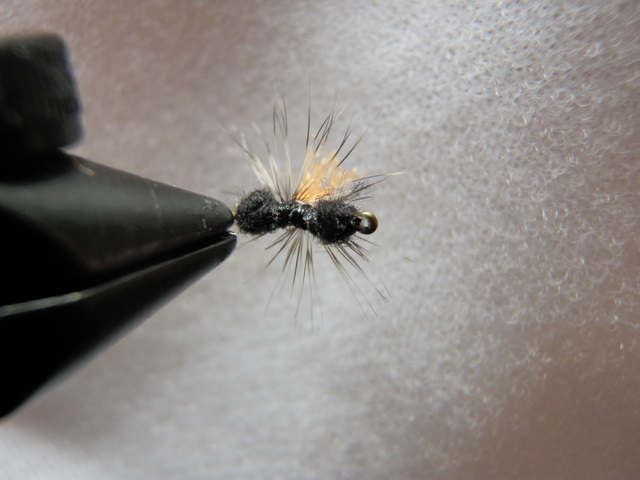 Below are the steps used by Tom to make black parachute ants:

1. Pinch barb
2. Put hook in vice
3. Attach thread to midpoint or slightly in front
4. Stack hair or align wing post fibers
5. Point wing down and in front of near side of hook shank. Take two soft turns to trap,    tighten and roll to top, then bind down behind post.
6. Make a blunt cut of wing post material and cover stub with wraps.
7. Make two turns around base of wing post to stand up then lock with two turns behind.
8. Attach hackle stem in front of wing post. One soft wrap from behind to in front over top of hackle stem then pull hackle so minimum stem showing then one more wrap then 10 horizontal wraps around hackle and wing post.
9. Go to back end of the hook and create rear bump.
10. Go to the front of the hook and dub front bump.
11. Return thread right in front of wing post and use rotating hackle pliers and wind the hackle counterclockwise from top to bottom down wing post.
12. Tie off on waist with two wraps, snip hackle tip, then whip finish through hackle.
13. Coat the waist.

*Key is wrap parachute counterclockwise. This enables wrapping the thread through the parachute hackle fibers without trapping them. 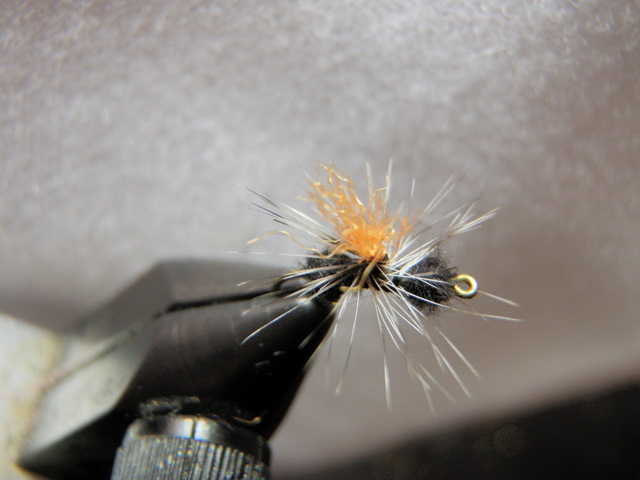