After spending Monday cycling from Buena Vista to the Railroad Bridge Campground and back with Jane followed by a mellow lunch at Eddyline, I had Tuesday available as a fishing day. Jane and I planned to camp at one of the national forest service campgrounds along Chalk Creek, but much to our amazement they were fully booked for Monday night. Since I stayed at Railroad Bridge Campground the previous Monday and Tuesday, and because Jane was able to inspect it on our bike ride, we returned and reserved campsite two for Monday and Tuesday night. 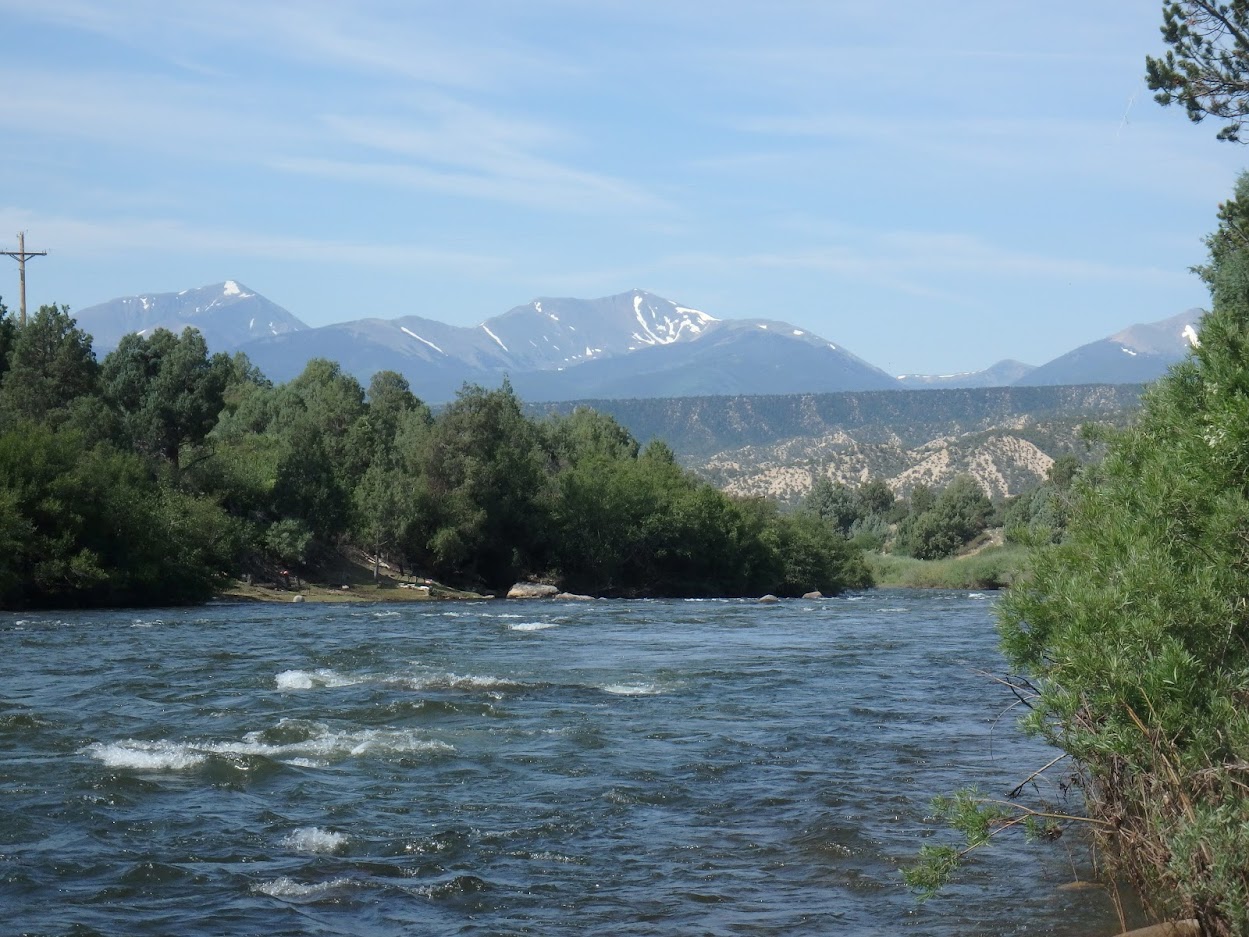 Sangre de Cristos in the Distance

I was disappointed with my three hours at the Pridemore Lease on Monday, July 22, and I remained convinced that my lack of success was attributable to the muddy conditions. In an effort to prove that Pridemore was a quality section of the Arkansas River, I returned on Tuesday, July 30. The flows on the DWR web site at Salida were 1450 CFS, and the clarity was much improved compared to the previous week. 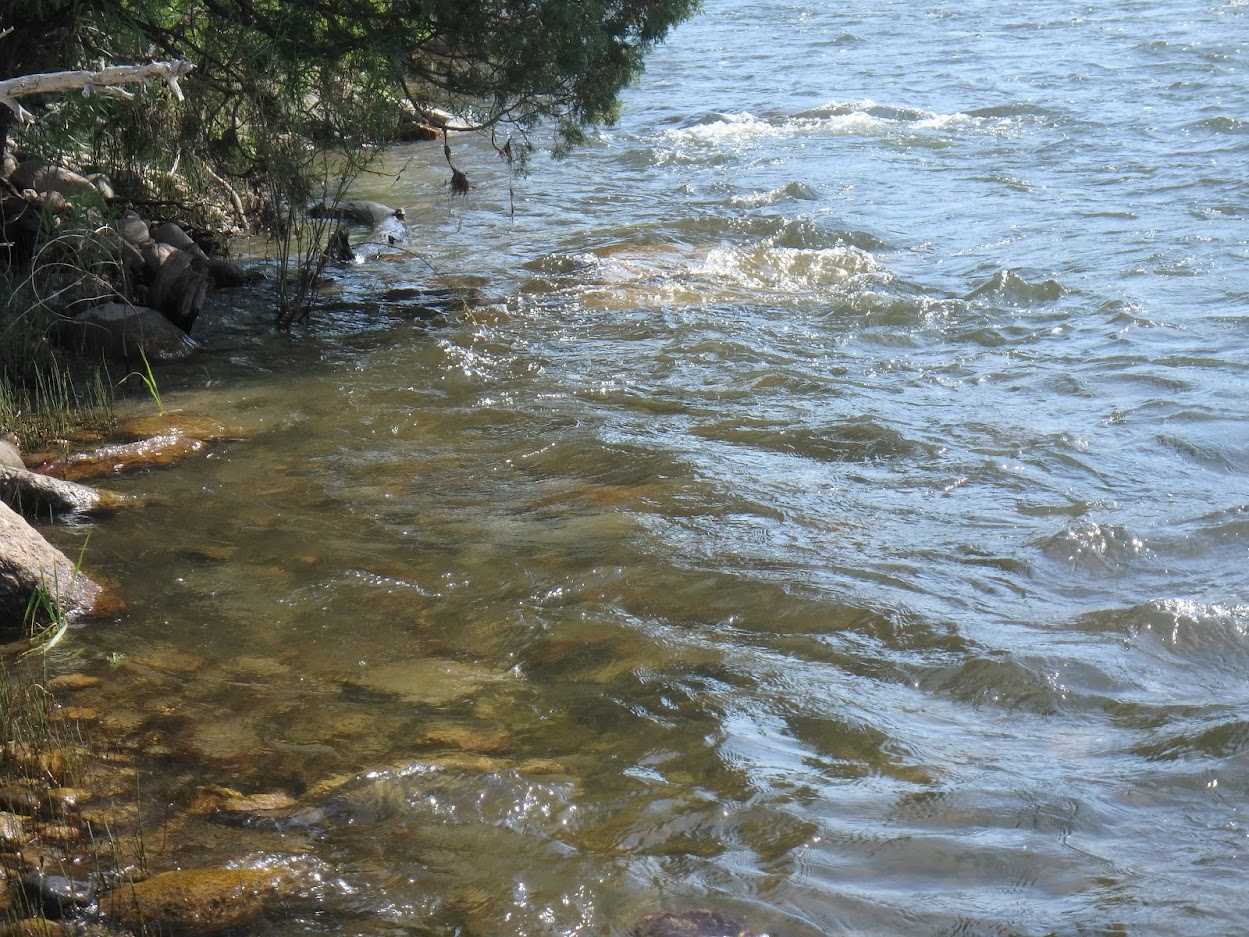 I parked by the CO 291 bridge and hiked downstream, until I encountered a fence that marked the border with a new housing development. I began my quest for Arkansas River trout with a tan pool toy, and I added an iron sally and salvation nymph. Surely these reliable producers would reverse my fortunes on a favorite section on the Arkansas River. 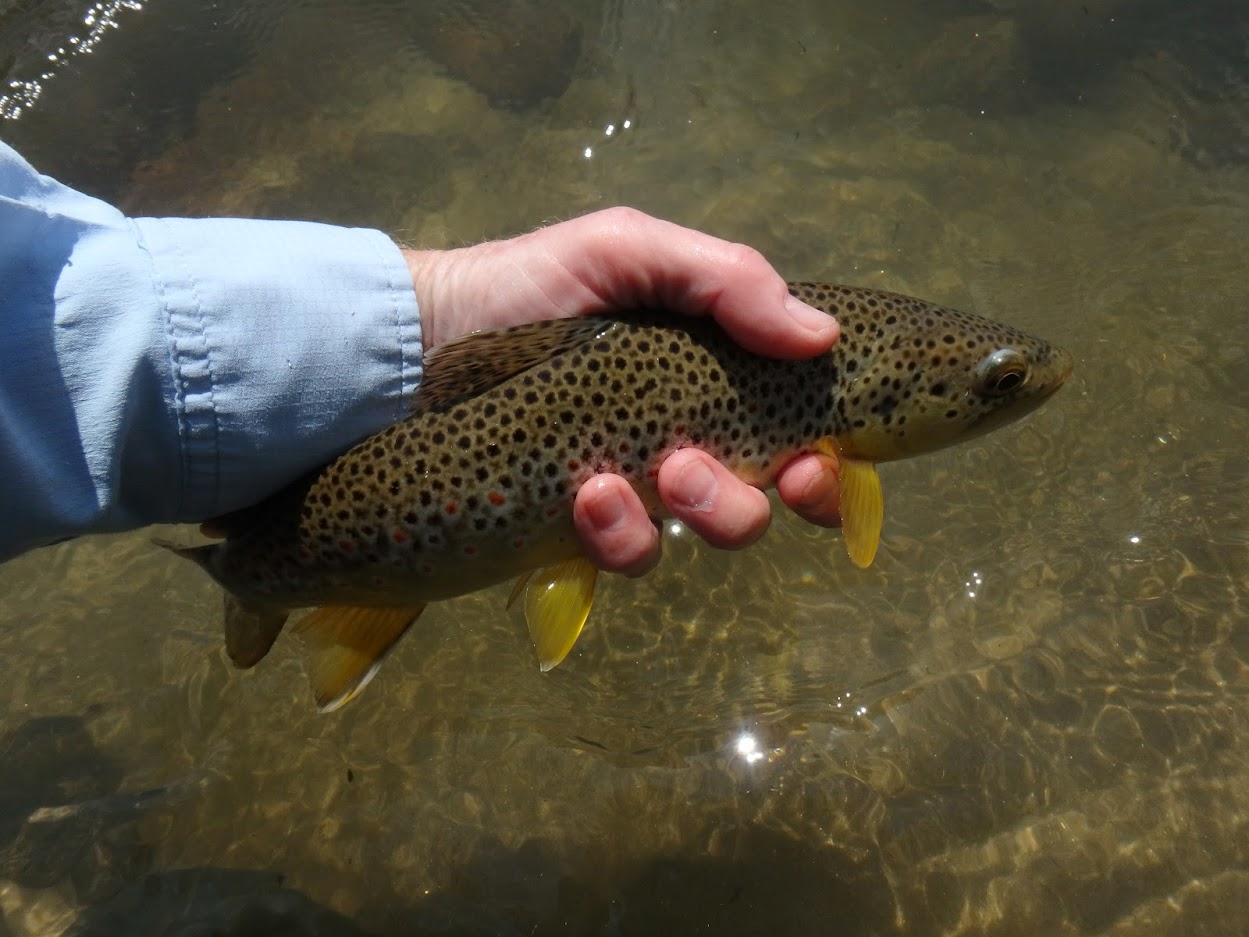 From a weather standpoint Tuesday developed into a nice day with high temperatures around eighty degrees, before some storm clouds rolled into the valley in mid-afternoon. I fished the Pridemore Lease from 10AM until 1:00PM, and I managed to land four brown trout. One was a decent thirteen inch specimen, and the others were small and barely over the six inch minimum, that I require in order to register on the fish count. In short, it was a very slow three hours of fishing, and the Pridemore Lease has fallen out of favor as a quality destination on the Arkansas River. 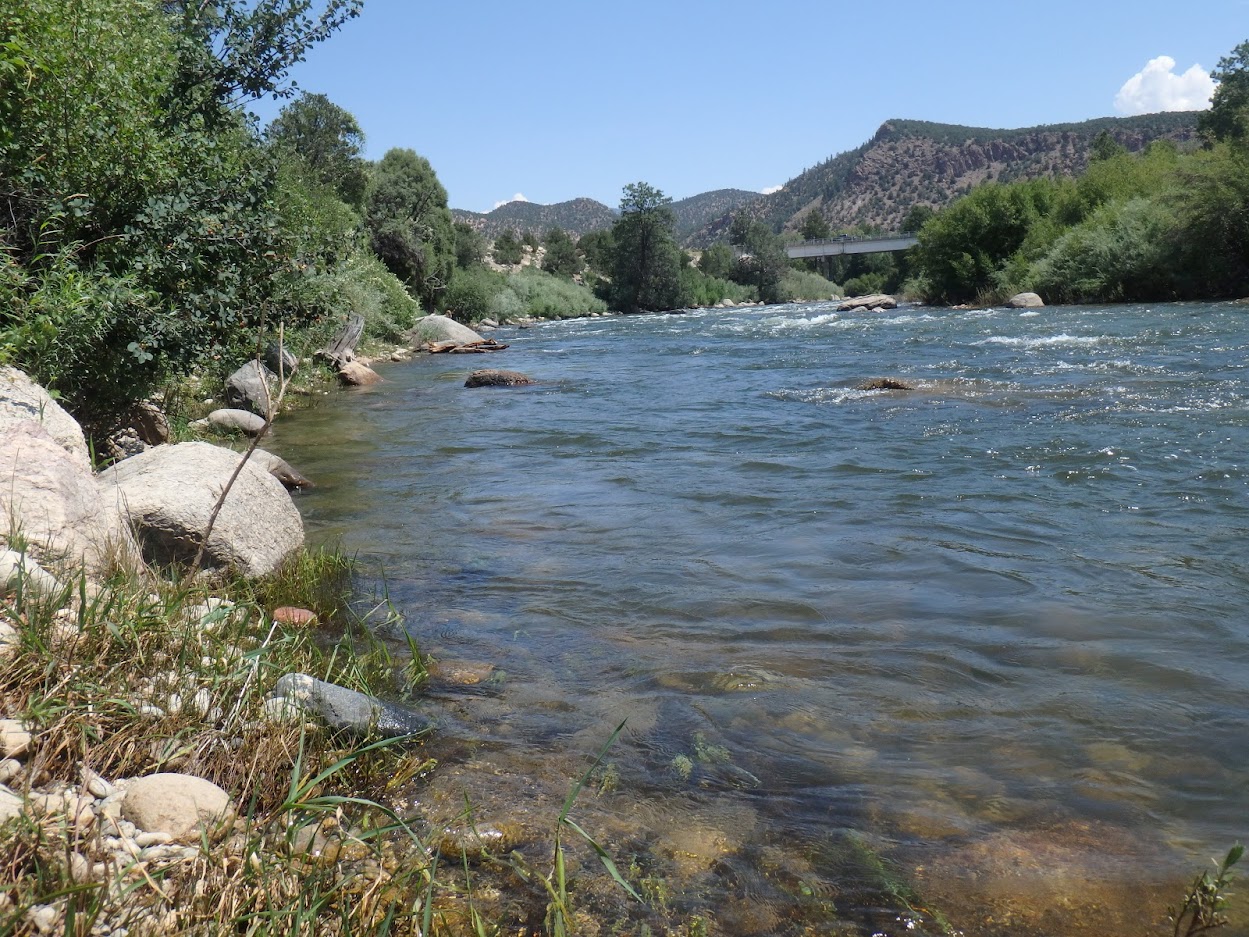 The Type of Water That Produces

I cycled through an array of flies including a green chubby Chernobyl with a yellow body and a royal chubby as well. For nymphs I experimented with a hares ear, cranefly larva (truly an archived fly that I tied in the 90’s), a go2 caddis pupa, and a prince nymph. These flies drifted on the end of my line in addition to the salvation and iron sally that I began with. The water remained relatively high, but very little insect activity was present, and perhaps this explained the slow action. 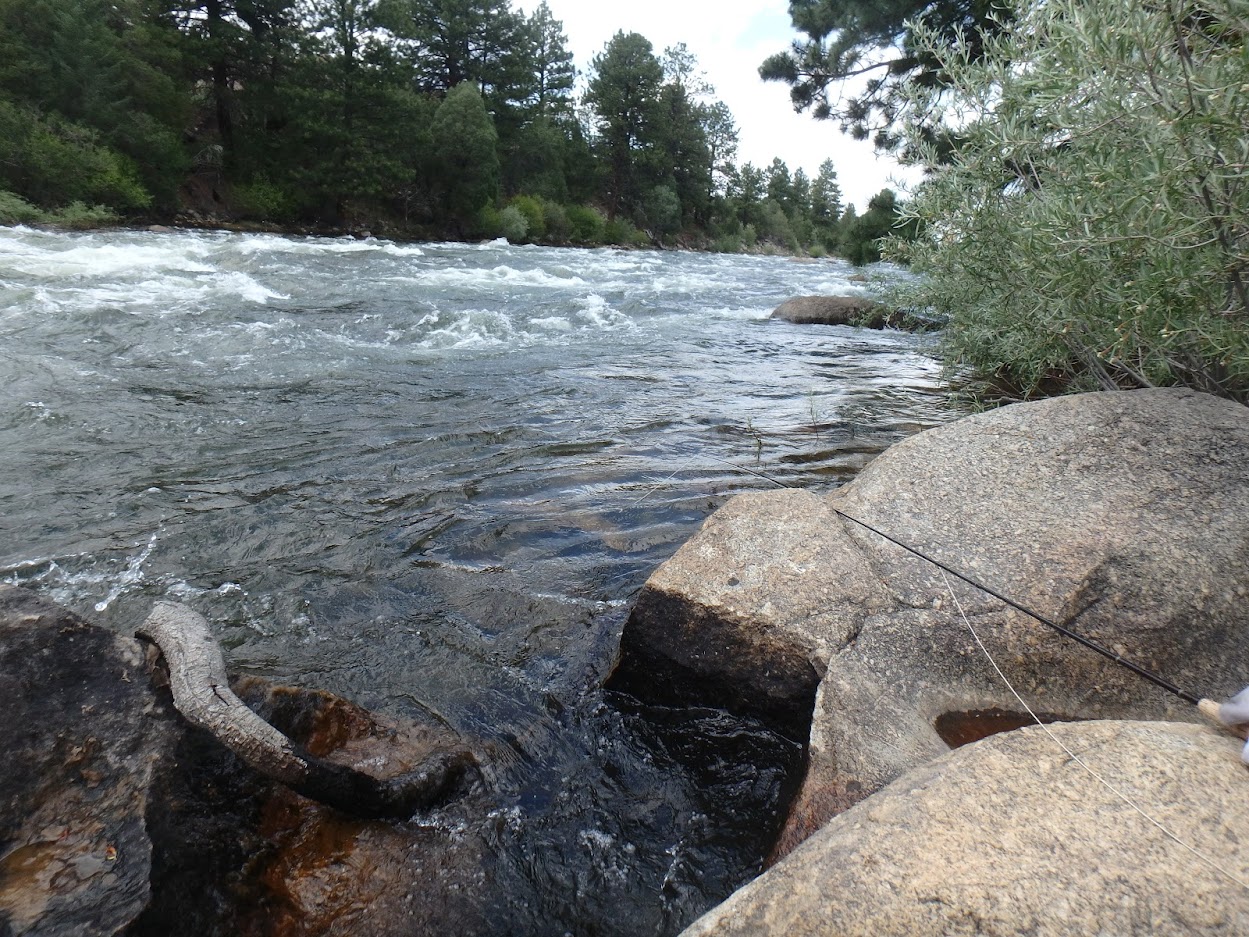 At one o’clock I returned to the car, since I reached the CO 291 bridge, and I drove to the tunnels area north of Buena Vista. I enjoyed reasonable success in this area on July 22, and therefore gravitated to the section once again. I parked between the series of three and the northernmost tunnel, and then I crossed the railroad tracks and dropped down the bank to the river. 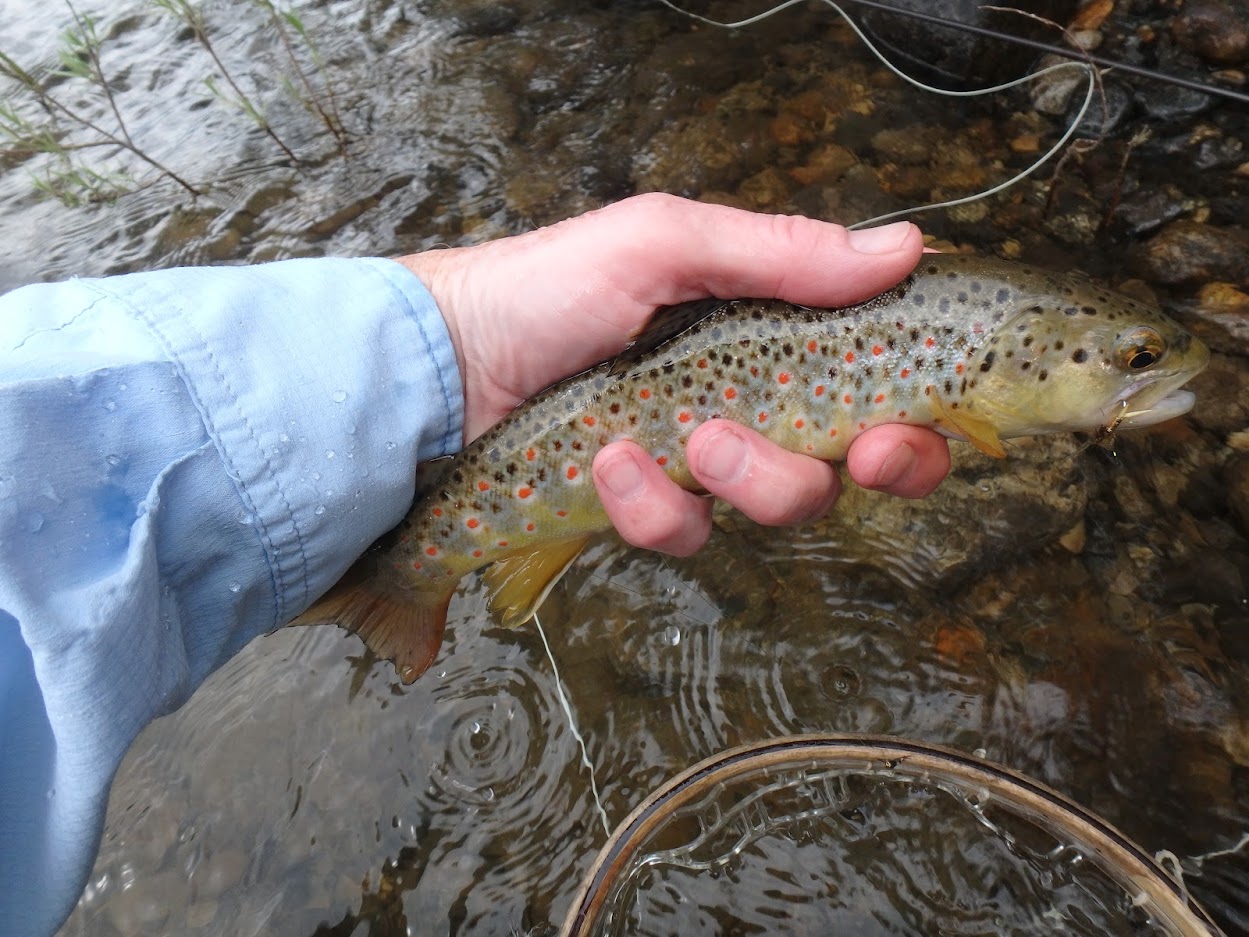 Between 2PM and 3:30PM I worked my way upstream and cast a peacock hippie stomper trailing an iron sally and salvation nymph. These flies clicked, and I landed eleven brown trout in addition to the four recorded at Pridemore to reach fifteen on the day. Four browns crushed the hippie stomper on the surface, and the others grabbed one of the nymphs. The salvation nymph was preferred over the iron sally by a ratio of three to one. The trout were generally small with one or two in the one foot range. 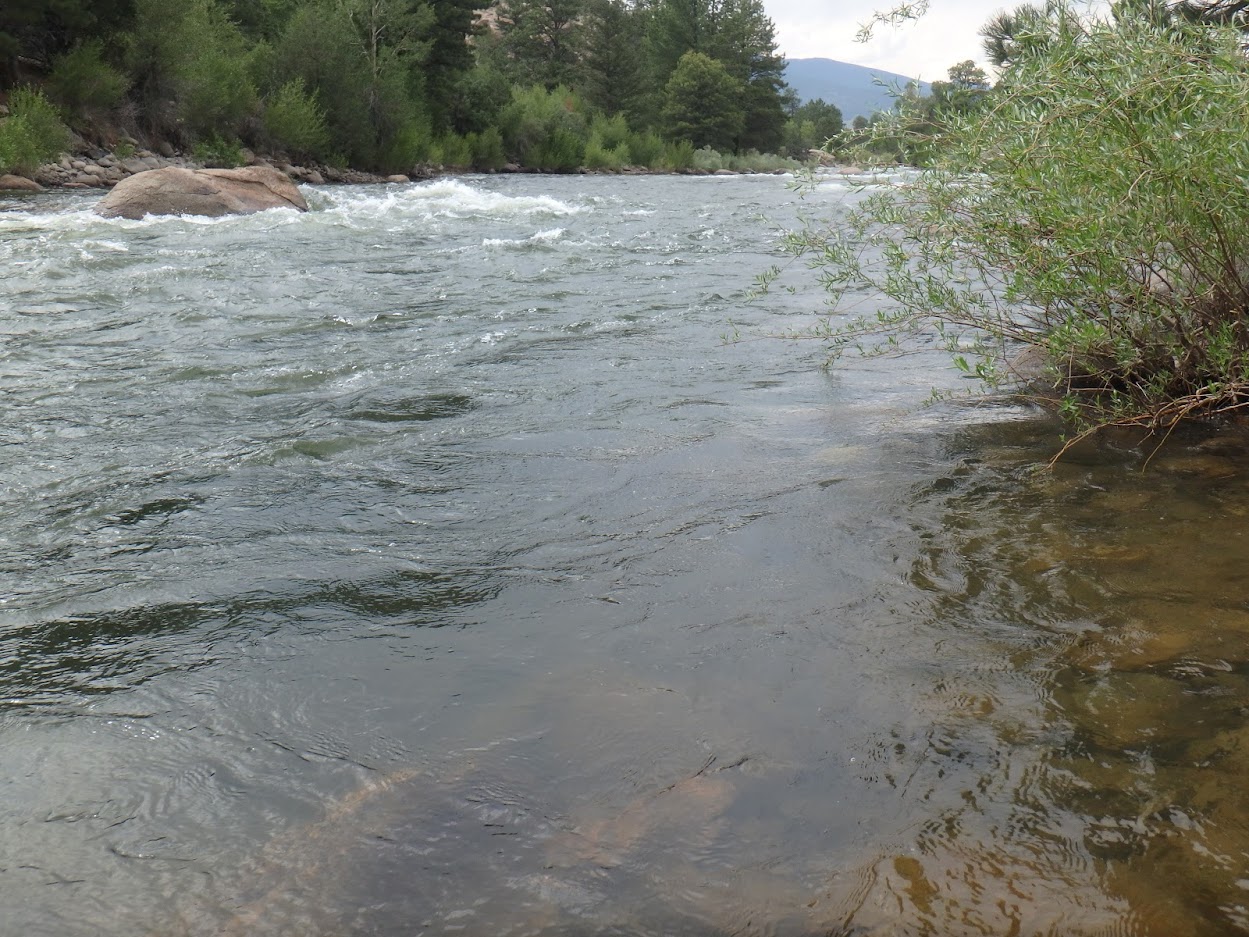 At 3:30PM the western sky darkened, so I hustled back to the campground. I was curious about the river around the Railroad Bridge Campground, so I pulled on my raincoat and walked upriver for .4 miles. Here I found a nice gradual path to the river, and I fished my way upstream for twenty minutes, but the terrain was not to my liking, and I failed to connect with additional trout. This section of the river was characterized by a narrow canyon topography; and this condition combined with the continuing high flows resulted in minimal holding spots and difficult wading. 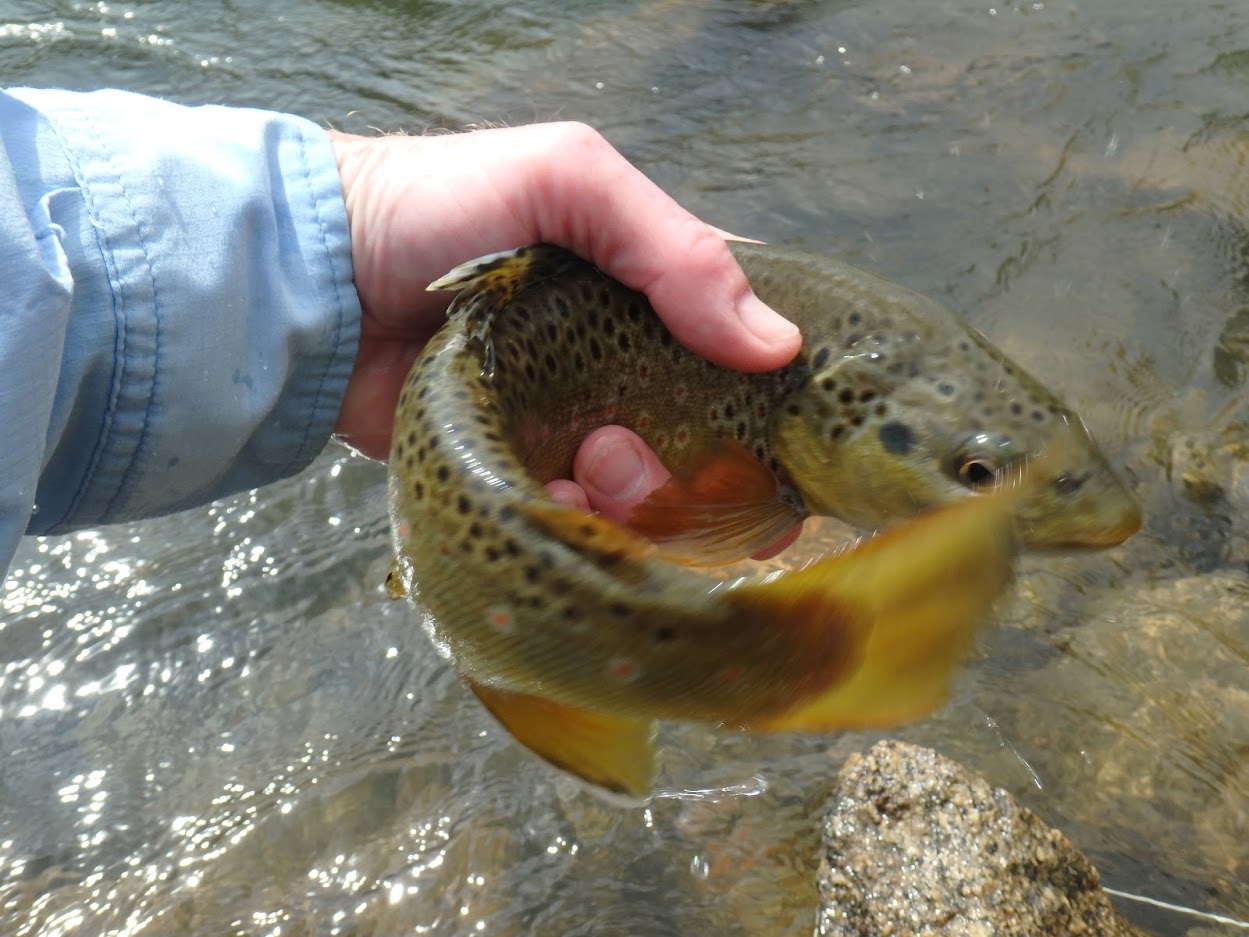 Not Standing for the Hold

My time at the Pridemore Lease was certainly disappointing, but 1.5 hours of fast action above Buena Vista salvaged my day and raised my spirits. The fish were small, but I loved prospecting with a dry/dropper, when my confidence was high, and trout reacted with some aggression.