Location: Along the South Fork Trail upstream from the campground.

After spending the night camping at the South Fork Campground, I packed up my tent and camping gear and prepared to make the hike into South Fork Canyon. A day of remote fishing on the South Fork has become a standard event for me during the last three or four years. 2016 was a bit of a disappointment, but with the closure of the upper North Fork, I decided to give it another chance in 2017.

For some reason the campground and parking area did not seem as busy with hunters and horses as in previous years, although a group of camouflage clad individuals huddled at the trailhead and greeted me, as I began my trek. They asked about the fishing, and I told them that I enjoyed decent success in past years. I did not wish to divulge too much information to strangers. I carried my Orvis Access four weight, as it remained assembled from my day of fishing on Monday. 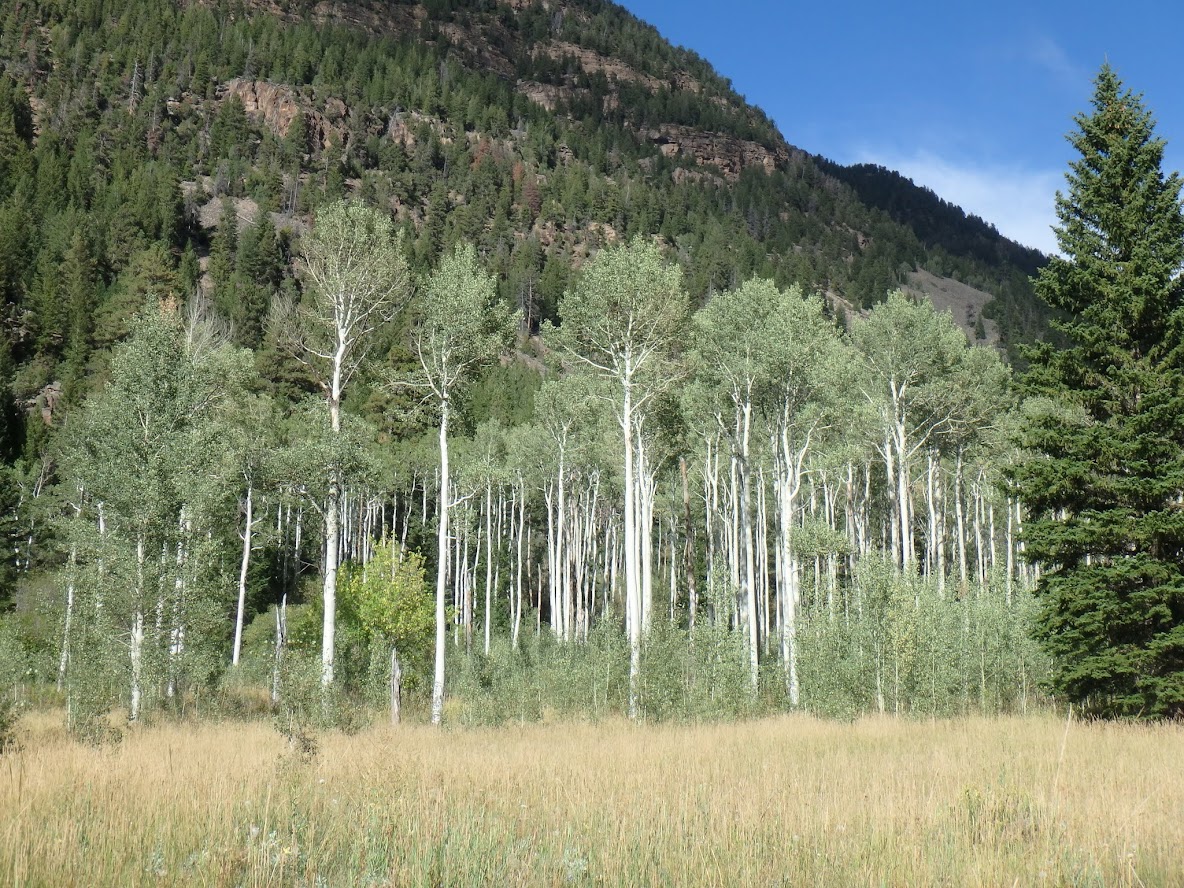 Recent rain caused the trail to contain frequent muddy spots, and hoofprints and horse excrement offered proof that hunters on horseback traveled the route quite frequently. The temperature was probably in the low fifties when I began, but I did not wear additional layers, since I knew from past experience, that I would overheat quickly. As was the case in the 2016, I hiked for an hour, before I cut down to the river in an open meadow area. I began my efforts to attract South Fork trout with a tan three-legged pool toy, ultra zug bug, and salvation nymph; and I picked up a few small fish in the morning before breaking for lunch at 11:45. By lunch time my fish count mounted to four trout, with three consuming the salvation and one latching on to the ultra zug bug. 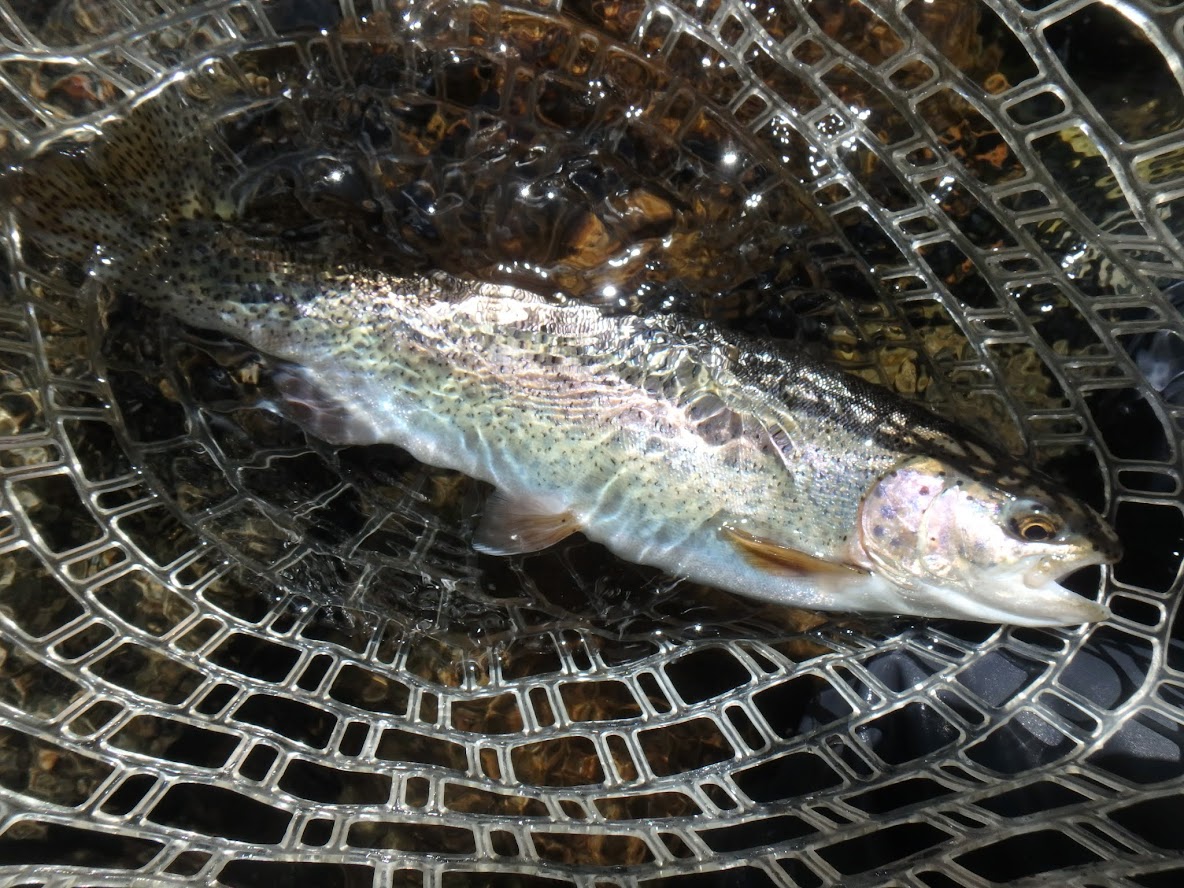 The action escalated in the afternoon, and I added twenty-three trout to the fish tally. The compilation included one fourteen inch rainbow, three rainbows in the twelve to thirteen inch range, and a bunch of feisty rainbows/cutbows in the six to eleven inch spectrum. I applied my knowledge from past trips, and this guided me to be selective and directed my casts to deep pockets and runs. Prior years taught me that fishing marginal pockets and riffles was largely a waste of time and energy. The selectivity caused me to log significant wading, as I skipped vast stretches of water. If I return in the future, I hope to implement a strategy of focusing on sections where the river bed narrows. These locales offered more deep pockets and the type of structure that delivered fish. 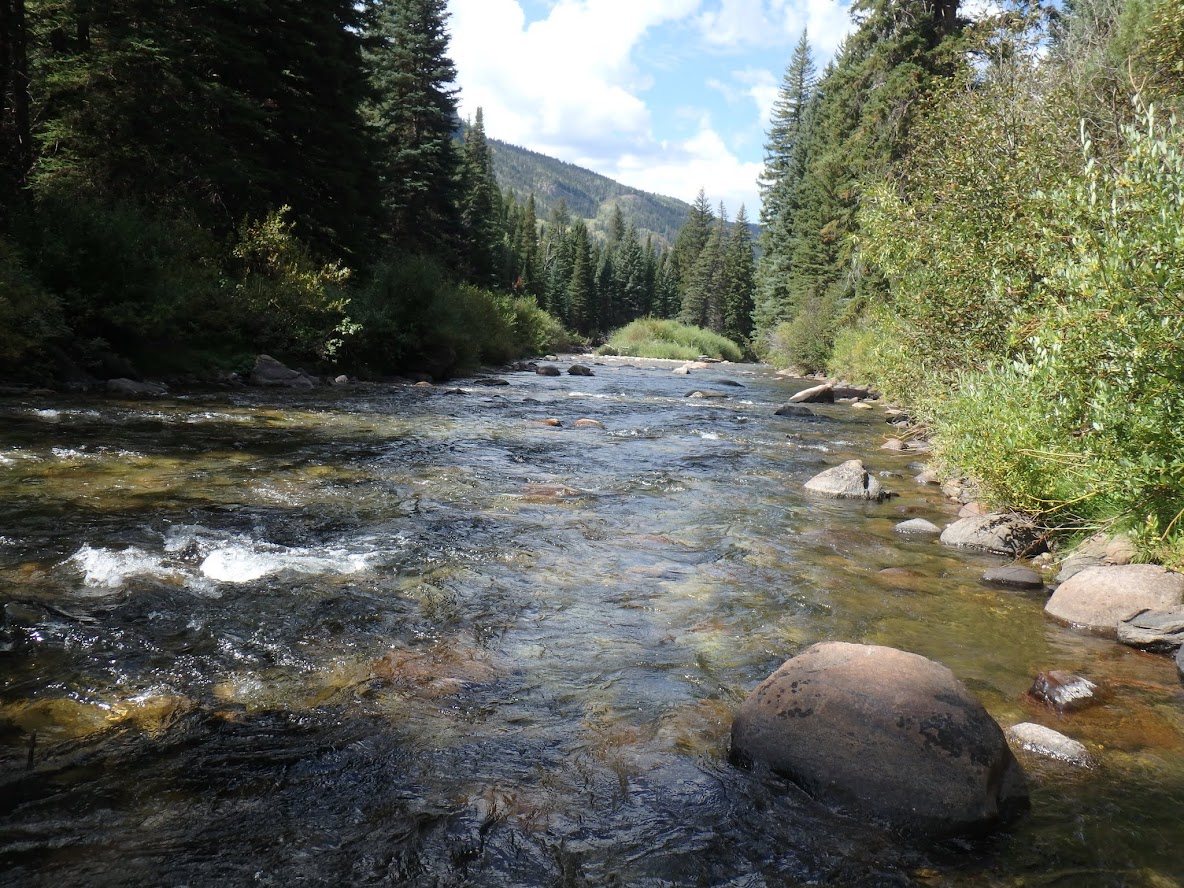 The weather was very pleasant for the second week in September. I wore only a fishing shirt for the entire day and never considered adding a layer.The high temperature probably peaked in the upper sixties for much of the afternoon. The flows were quite nice and a bit higher than normal, but this was probably beneficial for the fish and enabled me to make closer approaches than was possible during years of lower volume.

At one point I lost all three flies to a bad knot, and I followed up with a size 10 tan Charlie boy hopper with black legs. It was worth a try, but the small hopper did not entice fish, and it did not float two beadhead nymphs very well, so I reverted to a pool toy with a light yellow body for the remainder of the afternoon. 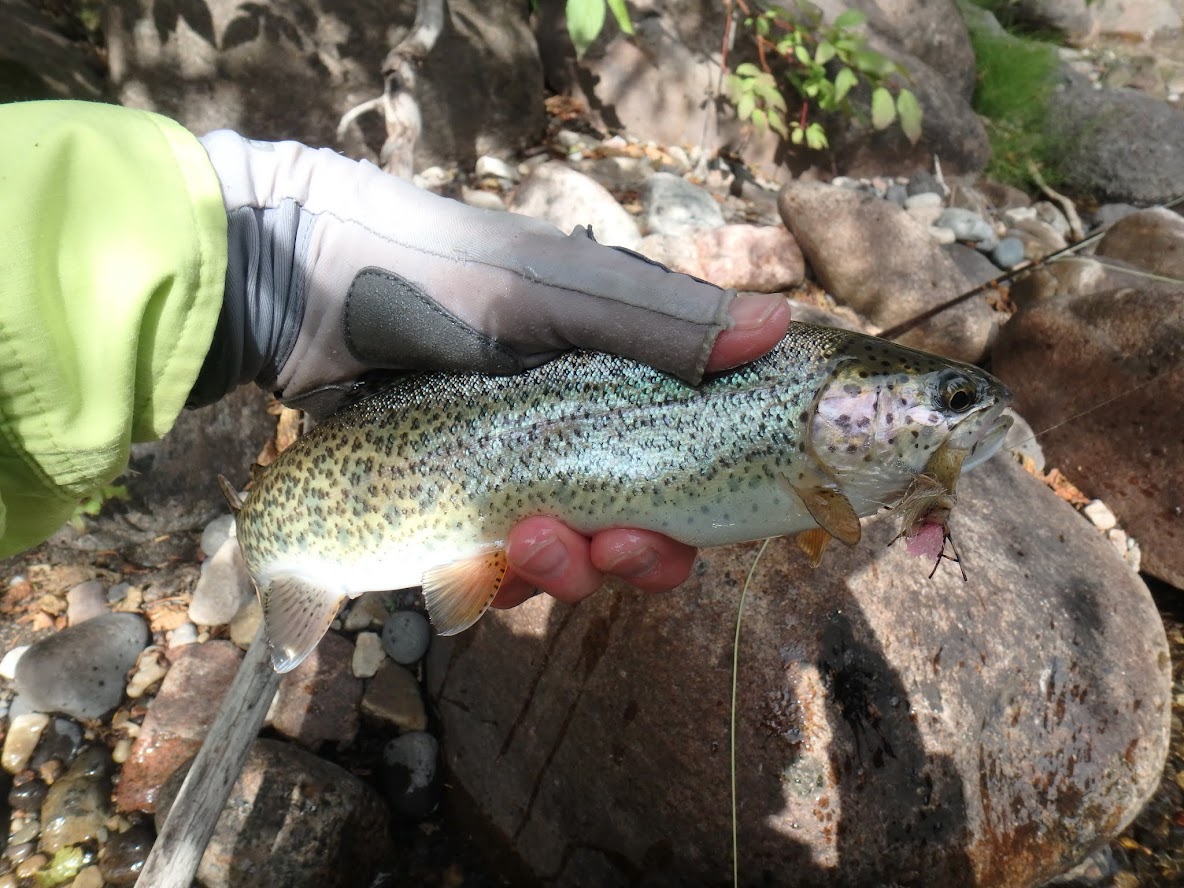 As I hiked back to the parking lot at the end of the day, I stopped just above the pedestrian bridge to rinse off my wading boots. I scanned the river and noticed two attractive deep narrow slots fifteen feet across from me. I decided to test the river close to the campground and unhooked my flies and lobbed a cast to the nearest narrow slack water area. Instantly a small trout bolted to the surface and inhaled the pool toy. When I brought the aggressive feeder to my net, I was shocked to learn that I caught a brown trout on the South Fork. This represented the first brown trout that I caught on either the North Fork or South Fork in my many years of fishing in the Flattops. Hopefully this is not a leading indicator that brown trout are migrating upstream on the White River and displacing rainbows and cutthroats.

Tuesday was a fun day with fairly consistent action throughout my time on the river. In 2014 and 2015 I experienced torrid action in the late afternoon, and for some reason I have been unable to replicate those experiences in 2016 and 2017. My only explanation is that the weather has been warmer and not as favorable to fall insect activity from blue winged olives and caddis. The hot action during the late afternoon in 2014 and 2015 also yielded some larger than average rainbows, so I was a bit disappointed with the size of the trout on Tuesday, September 12.

Despite these small shortcomings I was in a remote setting with no other fishermen to contend with, and it was a pleasant day in the Rocky Mountains. I landed twenty-seven beautiful wild fish and created new memories to carry me over to another year. No more complaints from this happy fisherman.