In all likelihood the prince nymph is ranked among the top five nymphs by fly fishermen in the United States and perhaps only surpassed by the hares ear nymph and pheasant tail nymph. In my view the prince nymph lost a bit of its luster over the last three years, as I replaced it with the ultra zug bug, and the simplified version of the prince nymph proved to be very productive. Historically I found the goose biot wings on the classic prince nymph difficult to mount, and they were always the first component to fail during stream usage. The small slippery white biot wings inevitably became loose, and eventually I found myself fishing a peacock nymph with no wings. The white wings are probably the key triggering characteristic of a prince nymph, so fishing without them failed to take advantage of their attraction. 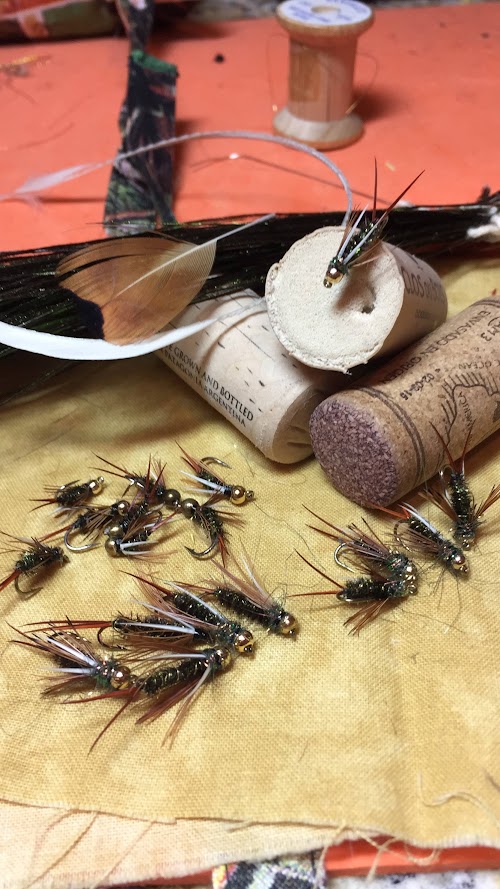 Mounting the brown biot tails was also a bit challenging, but I managed to master that step; although when I tied the ultra zug bug, I eliminated that complication as well. I simply tied in brown fibers from a pheasant feather as the tail, and the pattern design eliminated the white biot wings. The simple zug bug was very productive, and I valued it as one of my mainstay nymphs.

But this piece is about the prince nymph, and I discovered two scenarios during the 2018 season, when the classic prince seemed to represent a favored food of Colorado trout. During the grannom caddis activity in April and May, a prince nymph in size 16 seemed to outperform the ultra zug bug, particularly when adult egg layers were active. Perhaps the natural iridescent peacock body or the white V-shaped wing explain this effectiveness, but in any event I like to carry a supply of the smaller prince nymphs in my fleece wallet.

During the 2018 season I also discovered that knotting a size 12 prince nymph to my line during green drake season produced some fairly consistent subsurface action. My total supply of these larger nymphs consisted of five, and I depleted them during fishing outings on the Cache la Poudre and South Boulder Creek during the time frame when green drakes were present. I suspect that better green drake nymph imitations exist, but field success counts a lot in my experience, so size 16 and 14 prince nymphs continued to earn slots in my fly containers. 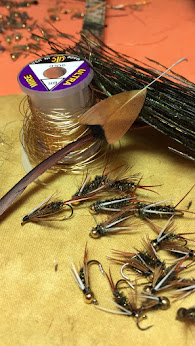 Given the two situations outlined above, when prince nymphs provided a boost to my fly fishing fortunes, I decided to replenish my depleted supply. I remembered a series of tying tips in Fly Tyer Magazine that applied to tying prince nymphs, so I searched through my pile of old issues and found the piece that remained in my aging memory bank. One tip provided guidance to enable consistent mounting of the biot tails, so they split evenly and remain on the same plain. A second tip outlined the steps for locking down the white goose biot wings. I applied these recommendations and whipped out some quality prince nymphs in size 12, 14 and 16. I am fairly certain that the wing procedure greatly enhances the durability of a classic prince nymph.

My prince inventory now consists of five size 12’s, 15 size 14’s, and 20 size 16’s. I will no longer be reluctant to offer prince nymphs due to fears of depleting my supply. Hopefully these flies will continue to produce in the caddis and green drake situations as well as during general searching periods.