My introduction to the hippy stomper fly occurred, when I purchased one as part of a five fly terrestrial splurge at the fly shop in Viroqua, WI in the Driftless Area. It contained a silver body with a white under wing, and at the time I was not aware that it was more of an attractor than a terrestrial. I never tested the novel foam pattern in the Driftless Region, and it rested in my fly box for most of the summer. Meanwhile I found a red body version, when I snagged my fly on a tree branch along South Boulder Creek or Boulder Creek. This also resided in my fly box for most of the summer without seeing any time on my tippet. 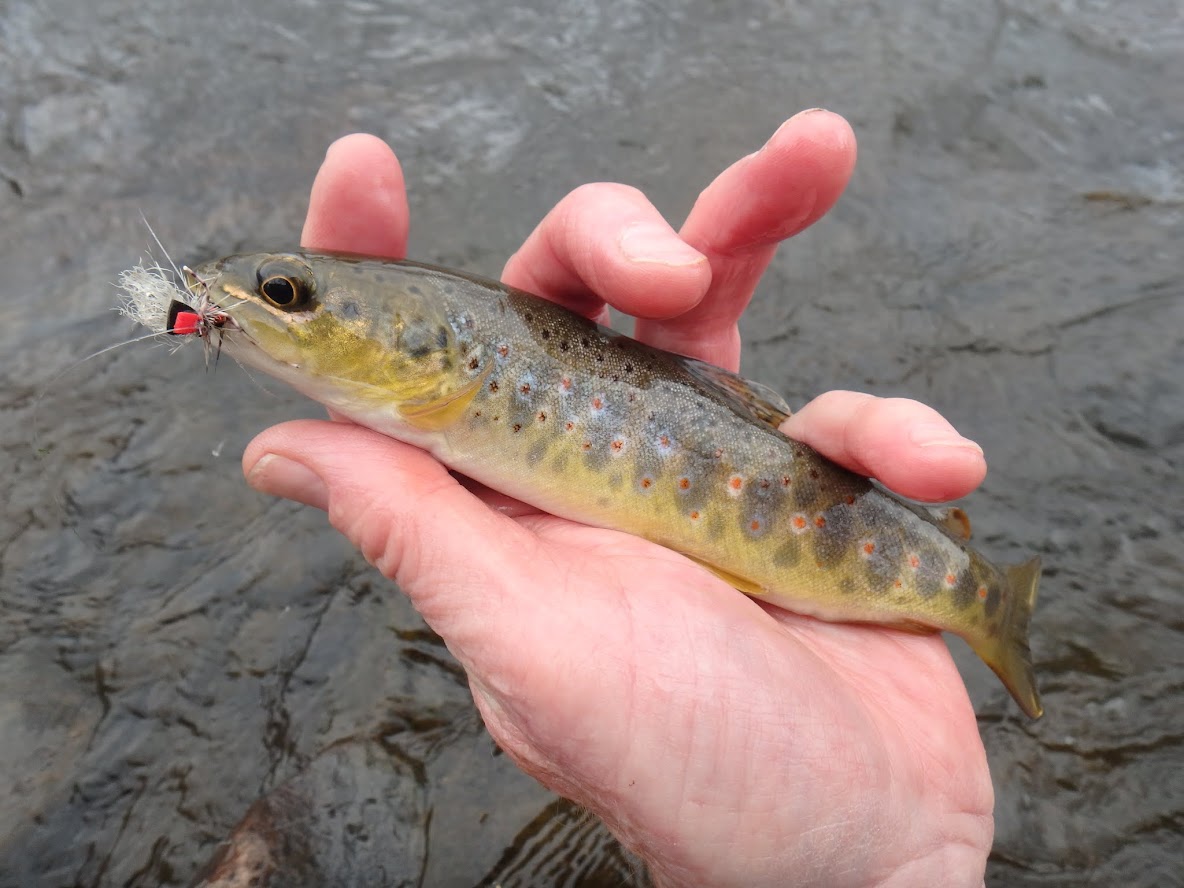 Bright Red Underside on This Fly

During a fishing trip to South Boulder Creek on 09/19/2017 the fish rejected my usually effective Jake’s gulp beetle, and for some reason I tied the store bought silver hippy stomper to my line. Much to my amazement the flashy attractor immediately delivered four spunky wild trout to my net. This experience impressed me and established the hippy stomper as a potential option in my foam attractor arsenal. 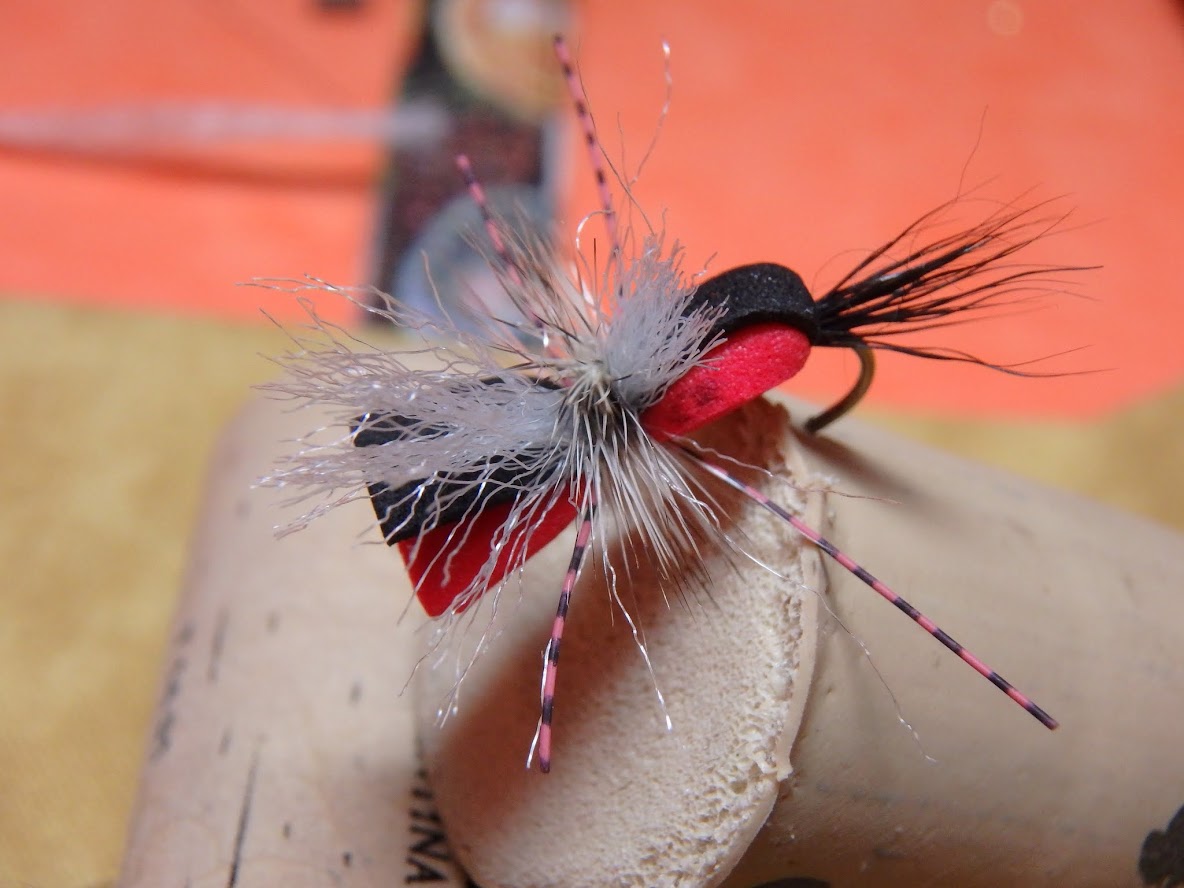 I resorted to the red hippy stomper on a 11/22/2017 venture with my son on South Boulder Creek, and it once again surprised me with some modest effectiveness near the end of our day. My growing faith in the size 12 foam fly with odd appendages caused me to deploy the red version on the North Fork of the St. Vrain Creek on 11/27/2017, and it once again opened my eyes, when it yielded two trout. I was essentially utilizing it as a medium sized indicator, so attracting two fish was a pleasant bonus. On a 11/16/2017 visit to Boulder Creek within the city of Boulder, the silver hippy stomper provided another glimpse of its potential, when it attracted a wild brown trout to my fly. 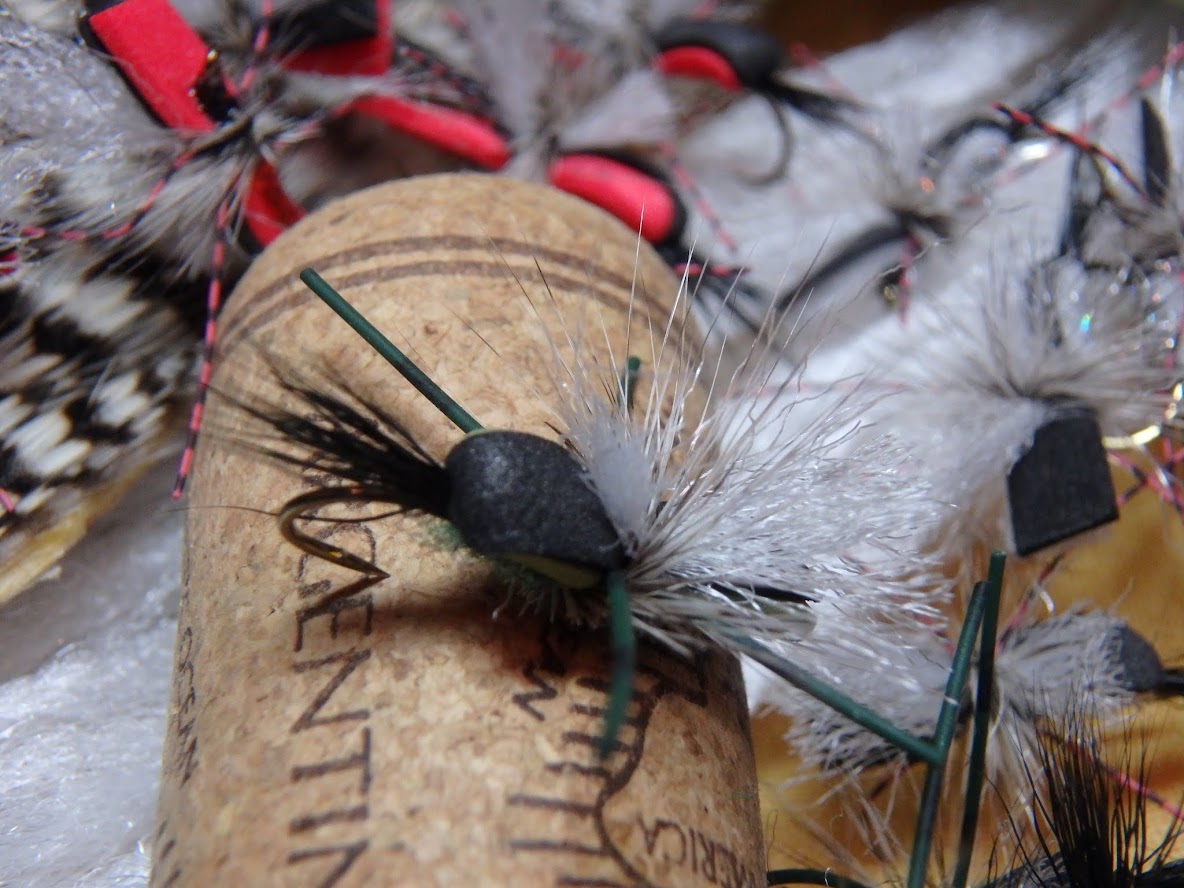 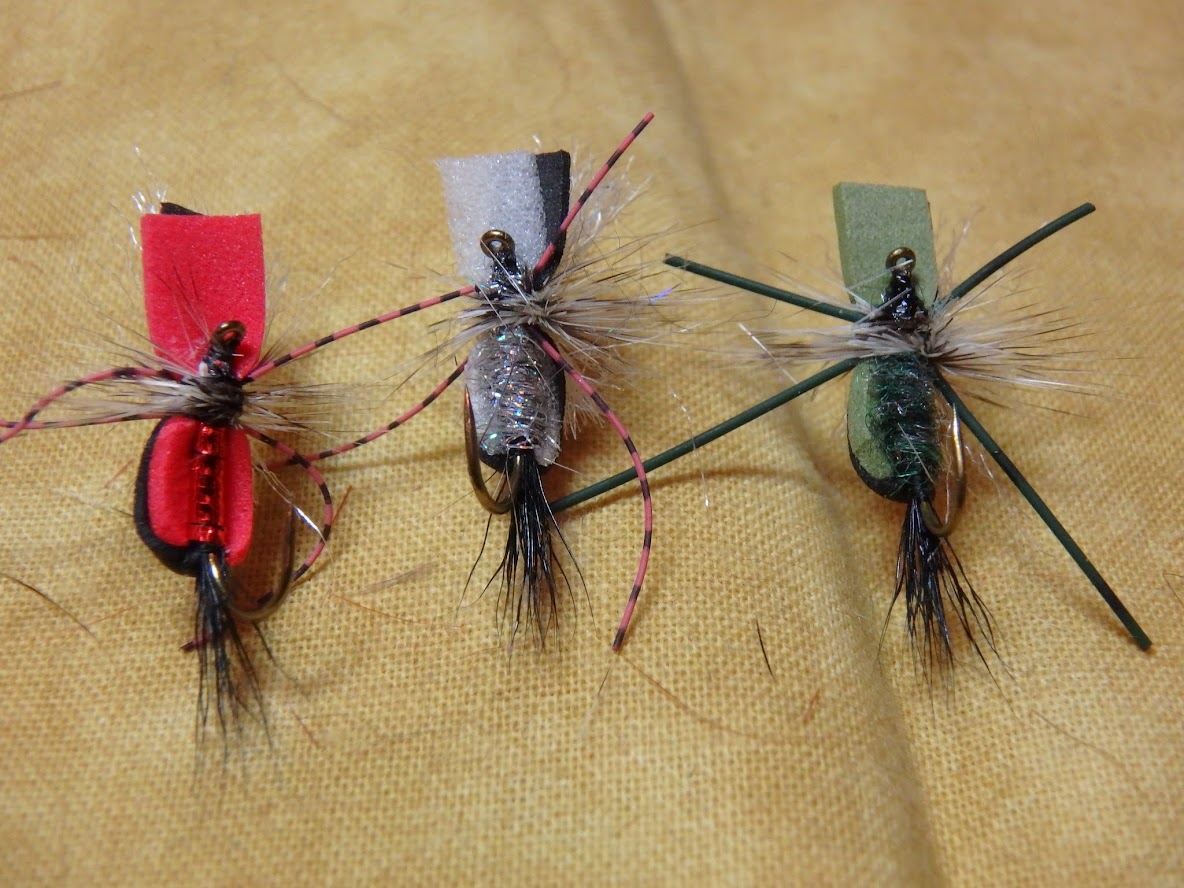 I was sold on the allure of the hippy stomper, so I searched online for tying instructions and found several YouTube videos that demonstrated the tying steps. I purchased some 1mm and .5mm sheets of various colors of foam, and I replicated the process demonstrated in the videos. After several productive days I loaded my fly box with twenty-five hippy stompers displaying various color combinations. I reproduced ten red and five silver models, and then I strayed from the proven and tied five with Ligas peacock dubbed bodies and five with peacock ice dub bodies. These bodies complemented a medium olive foam under layer. The peacock body is my most productive style of beetle, so I am anxious to determine if the same will be true in the hippy stomper genre. 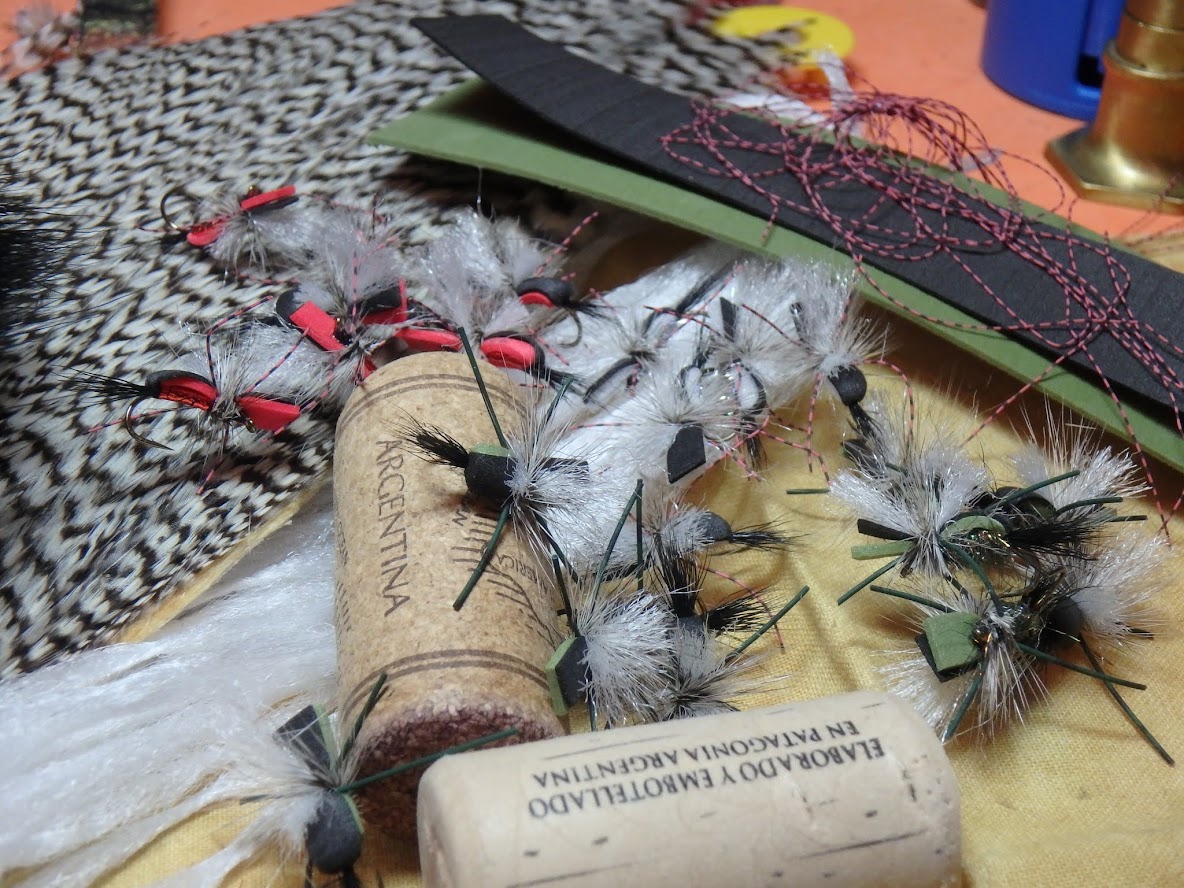