When I last reported on green drake imitations in 2013, I felt I solved my poor flotation problem of comparadun green drakes by tying some attractive parachute flies in size 14 and 12. I constructed these flies with more moose mane fibers for the tail and a parachute hackle to assist in flotation. Unfortunately the puzzle is never completely solved in fly fishing.

Early in the season I experienced some fine results using my new parachute green drakes on the Big Thompson River and also during my first trip to the Frying Pan River. Unfortunately as the season progressed, and I made two subsequent trips to the Frying Pan River, I discovered that the paradrake was not the total answer. I encountered several significant hatches where the old comparaduns outperformed the parachute style fly, and in one instance achieved some success with a parachute fly purchased from Taylor Creek Fly Shop. 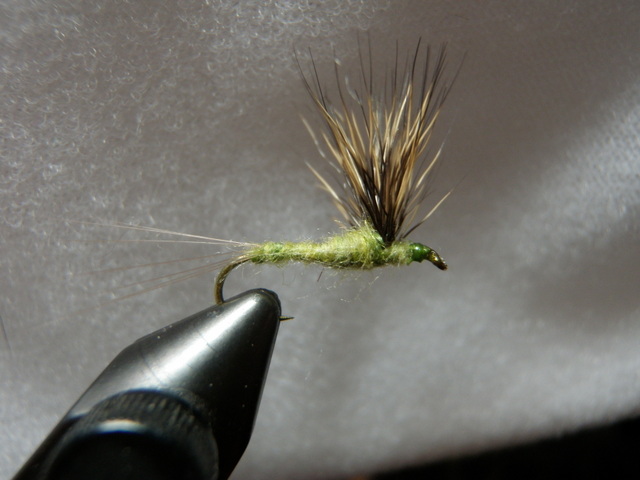 I’ve now come to believe that the green drakes that appear late in the season are drunella flavilinea, and these are smaller and best imitated with a size 14 fly with a more slender body than that of the larger size 12 early season green drakes. I’m guessing this explains why my parachute green drakes worked well during my first visit in mid-August, but the same flies proved too large during my September days on the Frying Pan River. 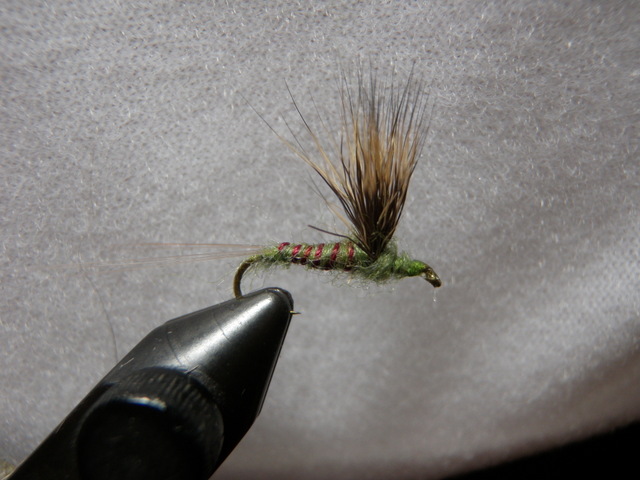 With this hypothesis in mind, I returned to my vise and produced some new green drake comparaduns. In order to address the flotation issue, I tied them with six microfibbets split in a wide V for the tail thus providing large outriggers to support the fly. Because I had some success with a purchased parachute green drake with a light olive body exhibiting more of a yellow tinge, I made five with a similar dubbing. I also covered my bases by tying five with my previously favored light olive and maroon thread rib. Finally I refurbished five carry over comparadun style flies by carefully adding more microfibbet tails for better support. These were flies that did not float well when presented two summers ago thus leading to the parachute green drake experiment. 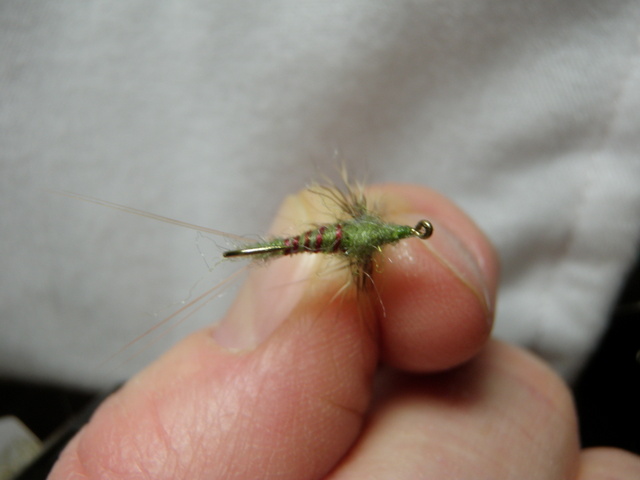 I now believe I have numerous options that will serve my needs depending on the size of the green drakes and coloration of the body. The challenge will be to observe and identify what is transpiring on the water and to select the correct option for the situation.