The go2 sparkle pupa is a hybrid fly that I contrived during the early 2016 season. The story begins with a bright green caddis pupa that is designed to imitate the pupa stage of the grannom hatch. My 01/10/2012 post on this blog outlines my early association with the bright green emergent caddis pupa. Additional background is available on the 12/16/2014 and 12/01/2015 posts. In more recent history I attended the Fly Fishing Show in Denver and observed Rick Takahashi, as he tied a go2 caddis, and while the steps were fresh in my mind, I produced ten for the next season. 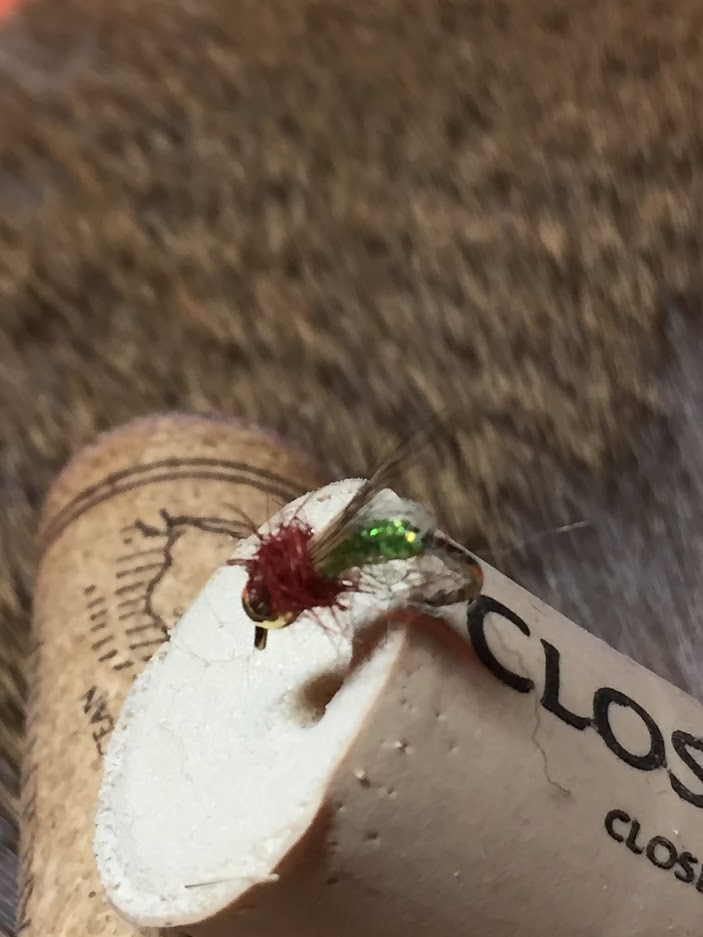 I fished both these flies on a regular basis particularly in the early spring, when the caddis hatch in abundant quantities on the Arkansas River as well as other streams in Colorado. Up until the last year or two I preferred the bright green caddis pupa over the go2 caddis, and I enjoyed decent success. During 2015 and 2016, however, for some reason I fished the go2 caddis more frequently, and I was impressed with its performance. Unfortunately during a trip to the Arkansas River in April  I used my last go2 caddis, so I was forced to visit my tying bench during the season. 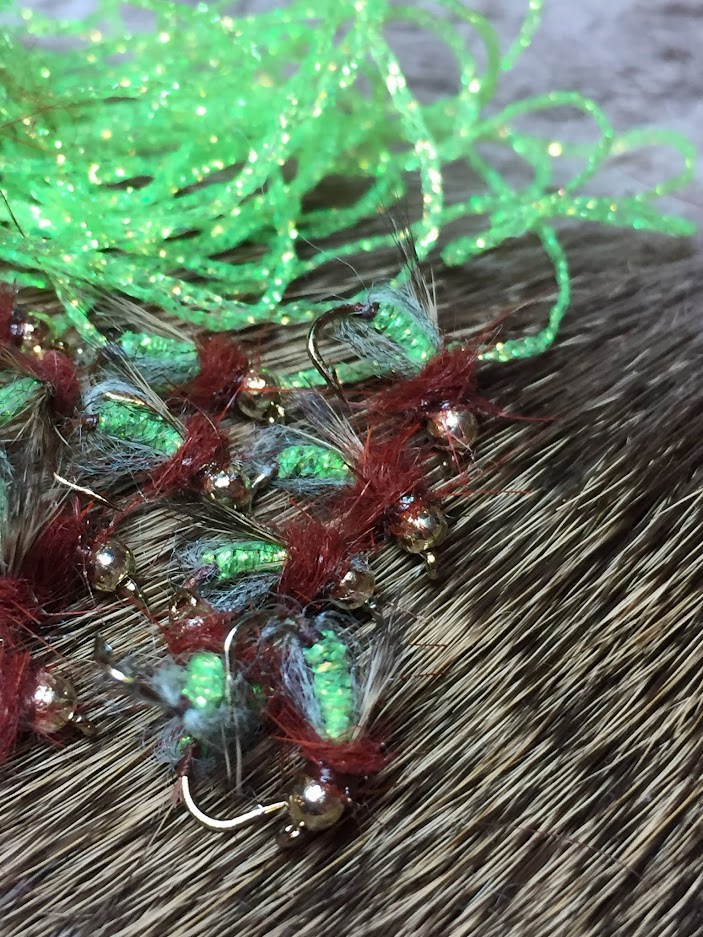 I believe the salient triggering characteristic of the go2 caddis is the shiny bright chartreuse diamond braid body, and a light bulb flashed in my brain as I began to construct new flies. Why not borrow the bright green diamond braid from the go2 caddis and incorporate it into the bright green caddis pupa? I immediately implemented this idea and produced five bright green caddis pupa that featured the diamond braid body as a substitute for the craft yarn, that I previously employed. On a trip to the Arkansas River on 5/4/2016 the fish responded with a convincing vote in favor of my hybrid version, and I made a mental note to tie more for 2017. 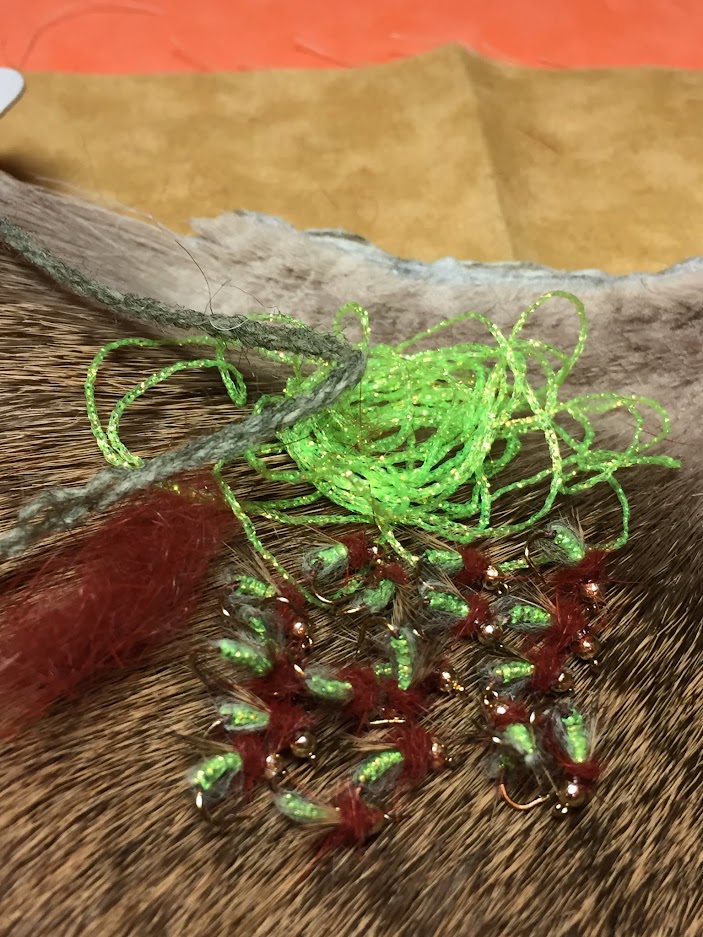 Over the past two weeks I tied twenty new hybrids, and I named them the go to sparkle pupa. I love the flash of the chartreuse bodies on these flies, and I am certain that they will add a new dimension to my early season caddis pupa fishing on Colorado streams.