No, this post does not refer to the character described by Bill Cosby. The fat Albert is a large foam fly that captured my attention during the 2016 fishing season. You can read the story of my introduction to the fat Albert in my 3/27/2016 post, but in summary I tied some during March, and they became a significant contributor to my spring, summer and fall success. 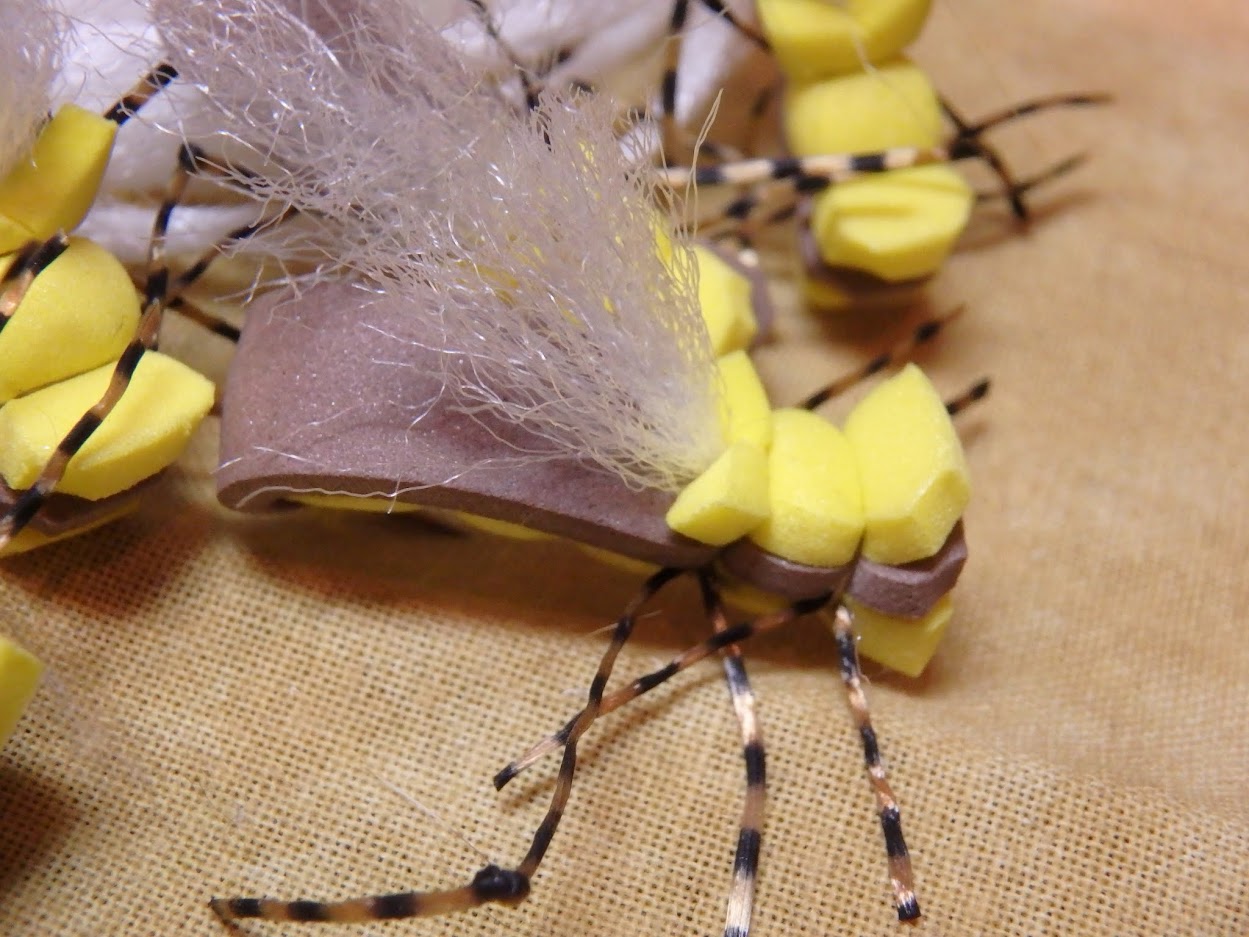 Ready for the Water

Early in the season I experimented with the fat Albert as the top fly on a three fly dry/dropper arrangement. The large three layer imitation appealed to me as an indicator fly due to its buoyancy. The yellow version was extremely visible, and it easily supported two size 14 beadhead nymphs. Initially during trips to the St. Vrain, Big Thompson and Arkansas Rivers it served entirely as an indicator, but my hunch was correct, and it fulfilled that function quite well.

As the weather warmed, and trout looked to the surface, it suddenly became a main attraction on several occasions. During an April 20 trip to Boulder Creek I was astonished when five brown trout smashed the fat Albert in the late afternoon. Grasshoppers were in their infancy, and golden stoneflies were not evident, but the trout did not seem to care. 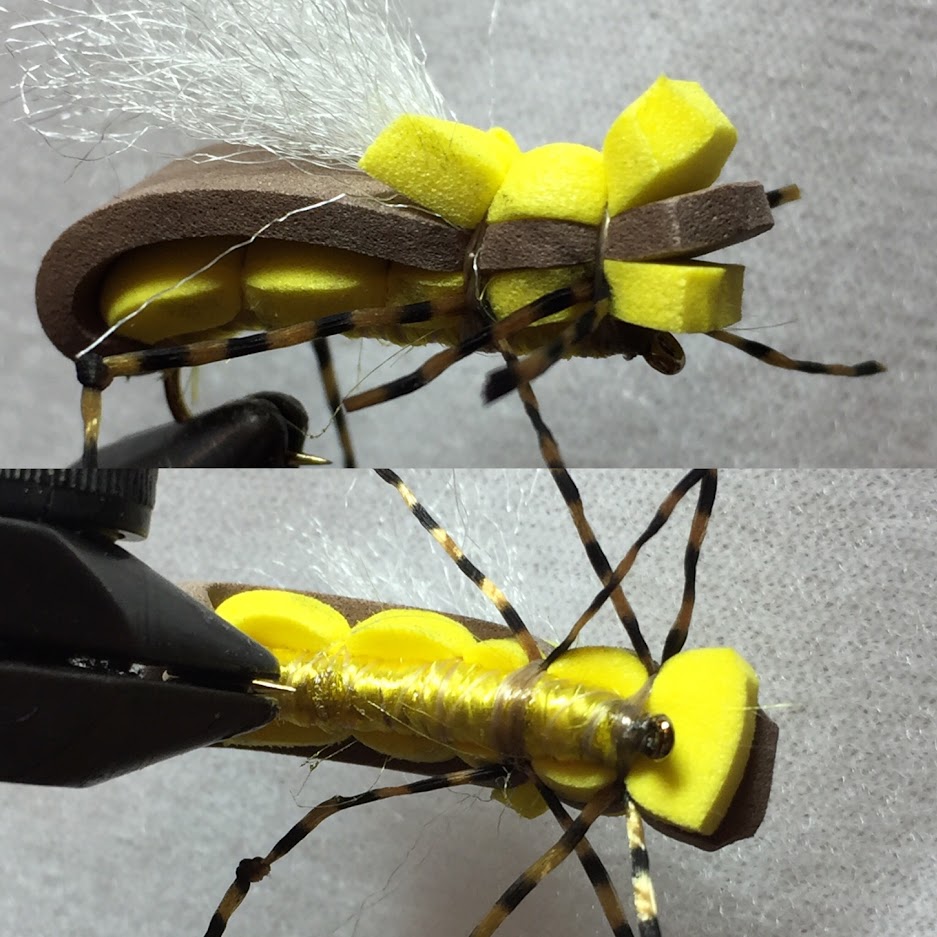 I transported a few with yellow underbodies to Pennsylvania in early June, and during an evening session on Penns Creek, a wild and chunky brown trout crushed the fat Albert in some riffles above a pool. My friend, Jeff, was certain that the aggressive brown viewed the fat Albert as a tasty golden stonefly. Unfortunately I lost the fly in my attempt to land the angry battling fish, and I did not have more yellow versions along on the trip. 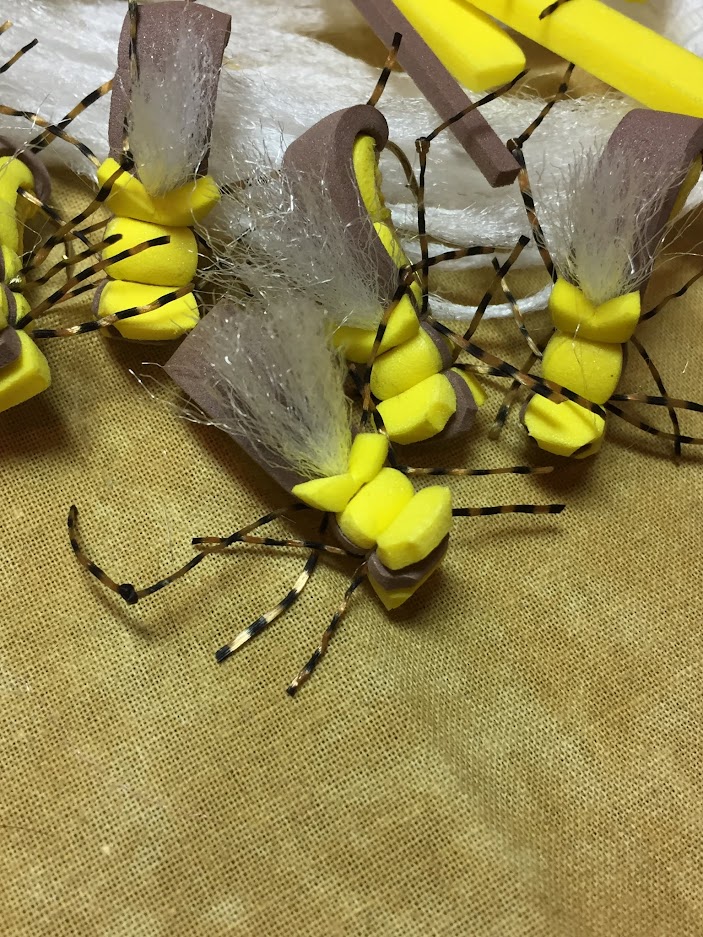 The fat Albert served mainly as an indicator fly on several successful visits to the South Platte River in May and June, but then as the season progressed, I opted for a pool toy or Charlie boy hopper ahead of the fat Albert. Eventually I gave the fat Albert another audition, and it did not disappoint. During many outings in September through November the fat Albert led the charge, while I drifted a hares ear and salvation nymph below. The nymphs were clearly the main producers, but occasionally the big yellow foam attractor duped fish as well, and the average size of the surface feeders surpassed the nymph munchers. 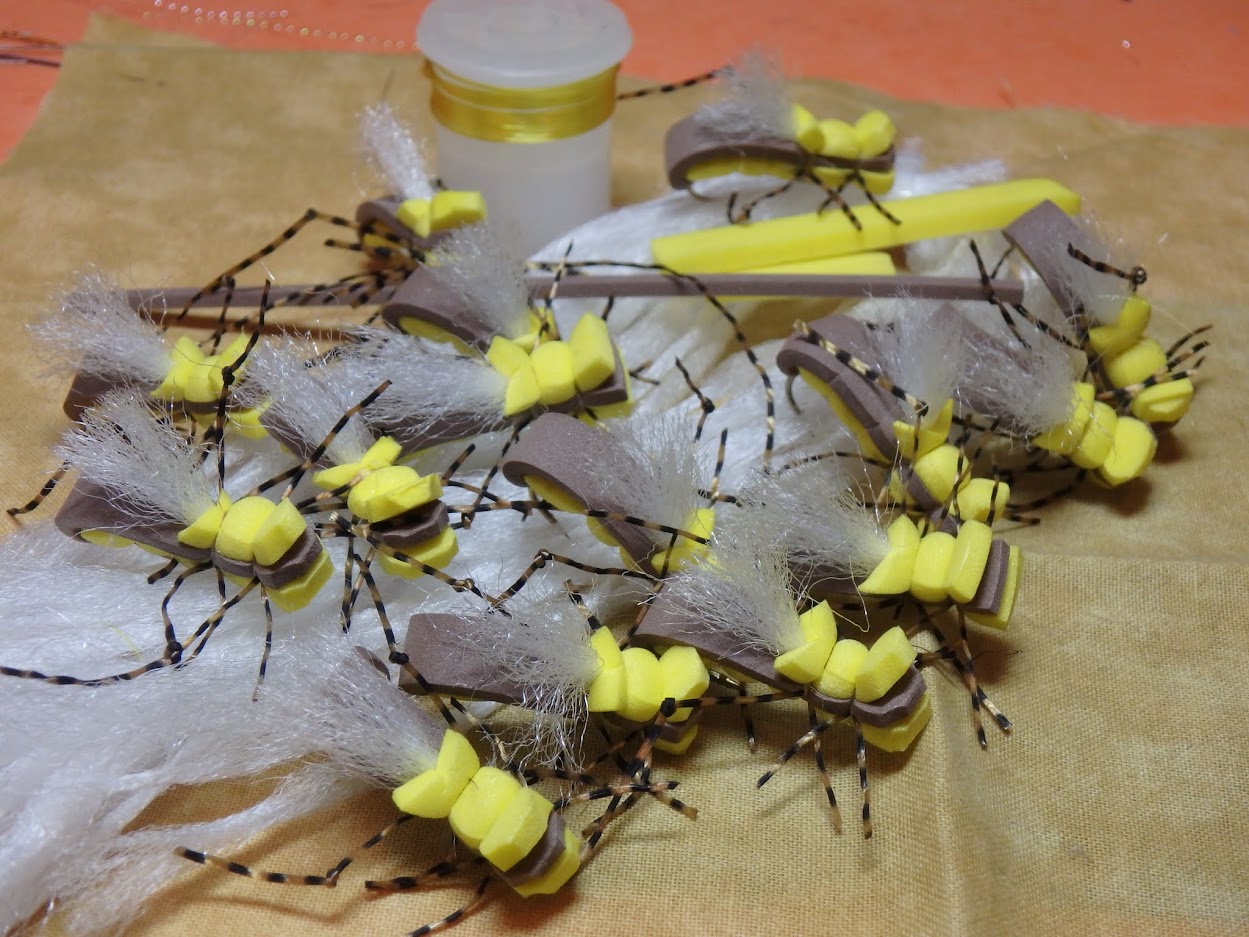 Clearly the fat Albert found an admirer in this fly fisherman, and for this reason, I produced sixteen new facsimiles with yellow bodies. I counted four carryovers in my boxes, so the addition of sixteen placed my inventory at twenty. I am not ready to give up on the pool toy and Charlie boy, but the fat Albert clearly caught my attention and earned a lot of playing time on my leader during 2017.