Prior to my fishing trip to Argentina I purchased a box of flies from Royal Gorge Anglers. I provided Taylor Edrington with a budget and asked him to fill the box with an optimal selection that fell within my dollar range. The fly box that he shipped to me contained some dragon fly imitations along with an assortment of streamers and large foam attractor flies. Several of the foam attractors were very large single layer Chernobyls with long dangling rubber legs and huge polypropylene white wings protruding from the back of the fly. Taylor informed me that these were chubby Chernobyls.

My guide did not select them for fishing in Argentina more than once or twice, so I returned to Colorado with several large foam beasts to chuck on western streams and rivers. I used them a few times over the next couple years, but for the most part they earned tenure on my line during periods of frustration caused by poor lighting conditions. When sun glare or shadows made it nearly impossible to see my hopper pattern or Chernobyl ant, the chubby Chernobyl made an appearance on my line as the surface fly that typically supported a pair of beadhead nymphs. Of all my flies, the chubby Chernobyl is the most visible. 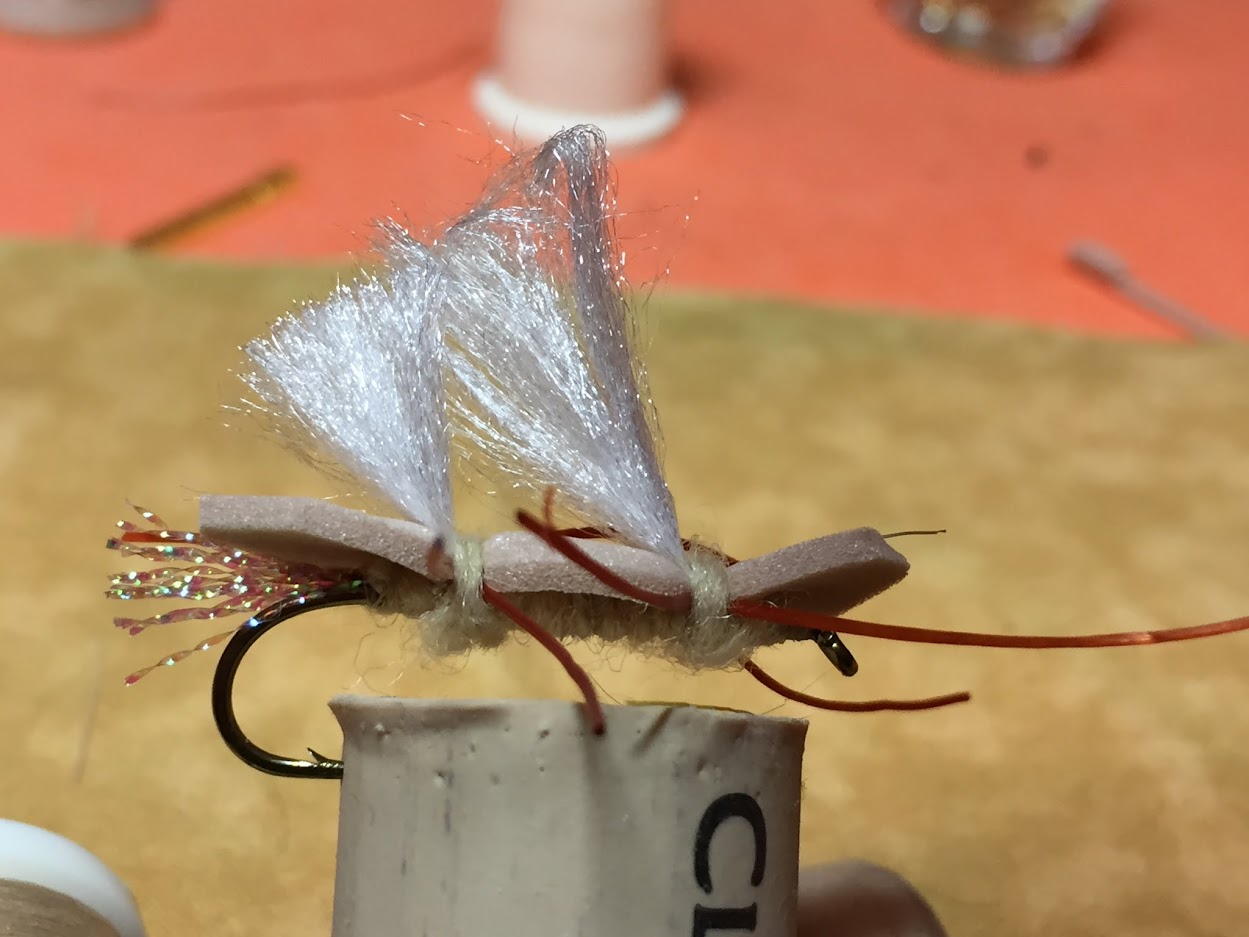 My young fishing friend, Danny Ryan, holds the chubby Chernobyl in high regard, and during a trip to the South Platte River in October he deployed one on his Tenkara rod for nearly our entire time on the water. Danny enjoyed a fabulous day of fishing, and the chubby Chernobyl was part of the formula. This opened my eyes to the possibilities of the popular fly, so I decided to produce a batch as my next large foam attractor. 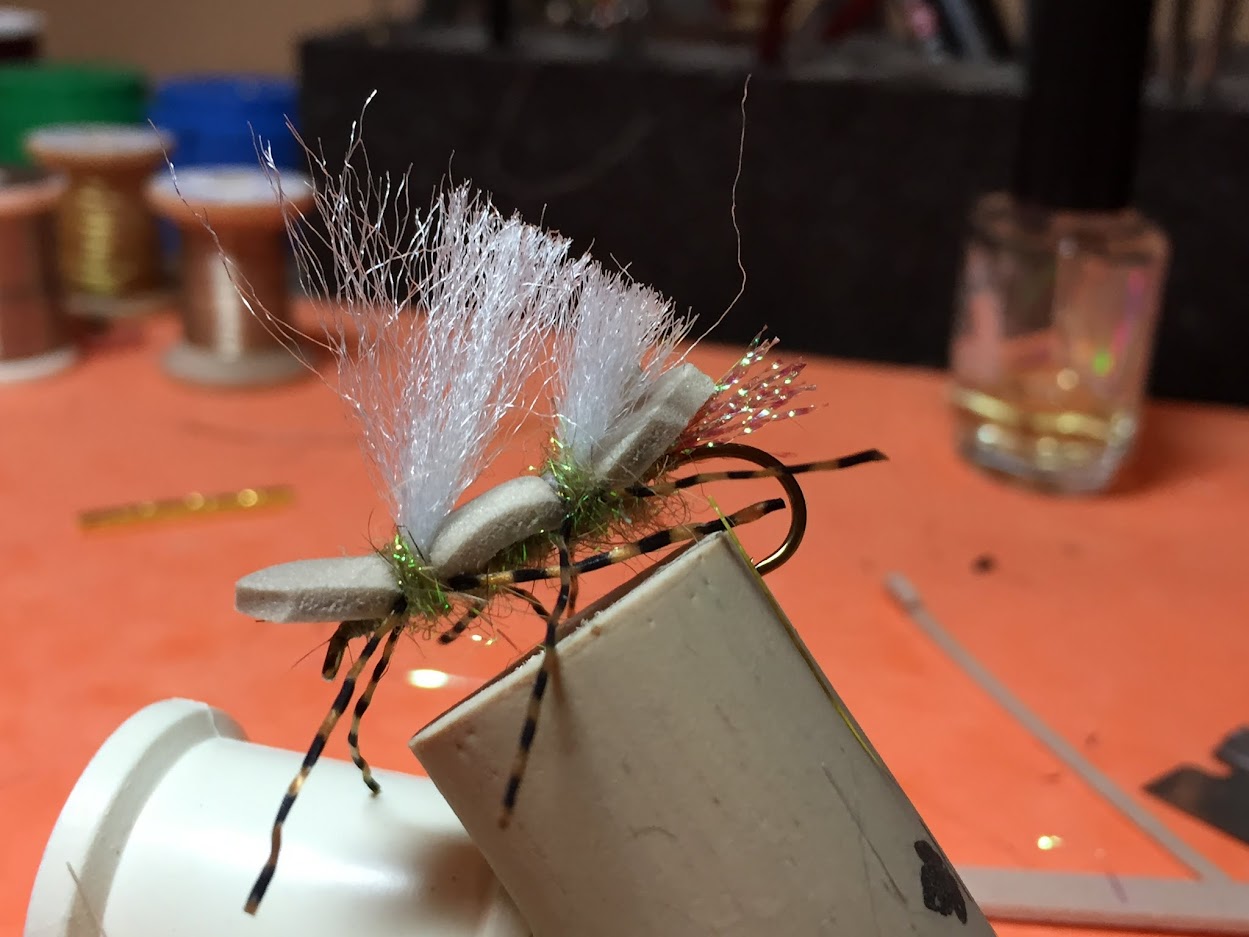 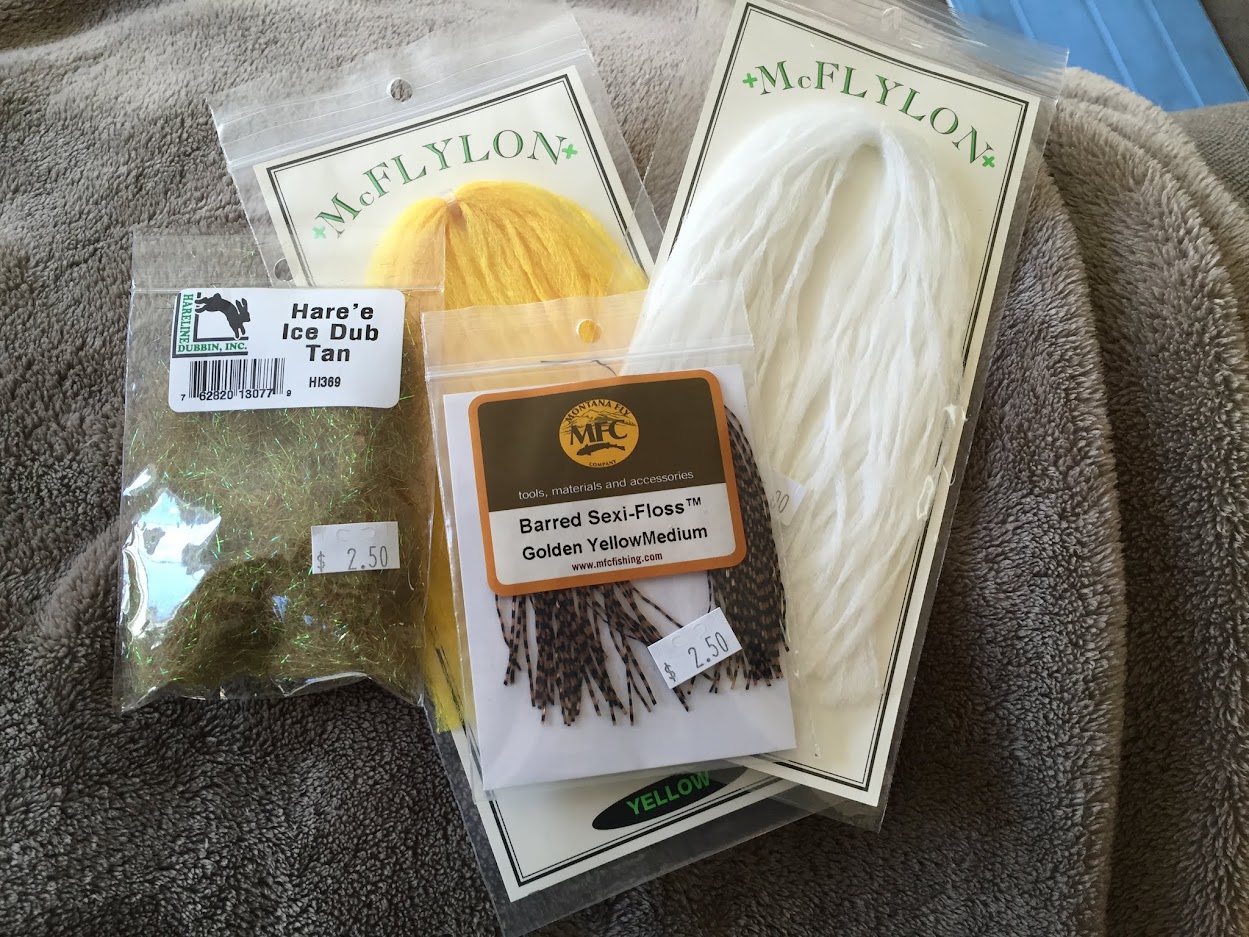 I watched several videos on YouTube and eventually chose the one produced by Intheriffle, as it was very clear and seemed to simplify the steps more than the others. Using this educational tool, I produced ten size six chubby chernobyls. The YouTube tier used tan ice dub for the body, but I did not possess that material, so I substituted beige antron yarn for the first four. They turned out nice, but I am fearful that the antron yarn will absorb water, and they do not seem to produce the psychedelic pop that ice dub yields. 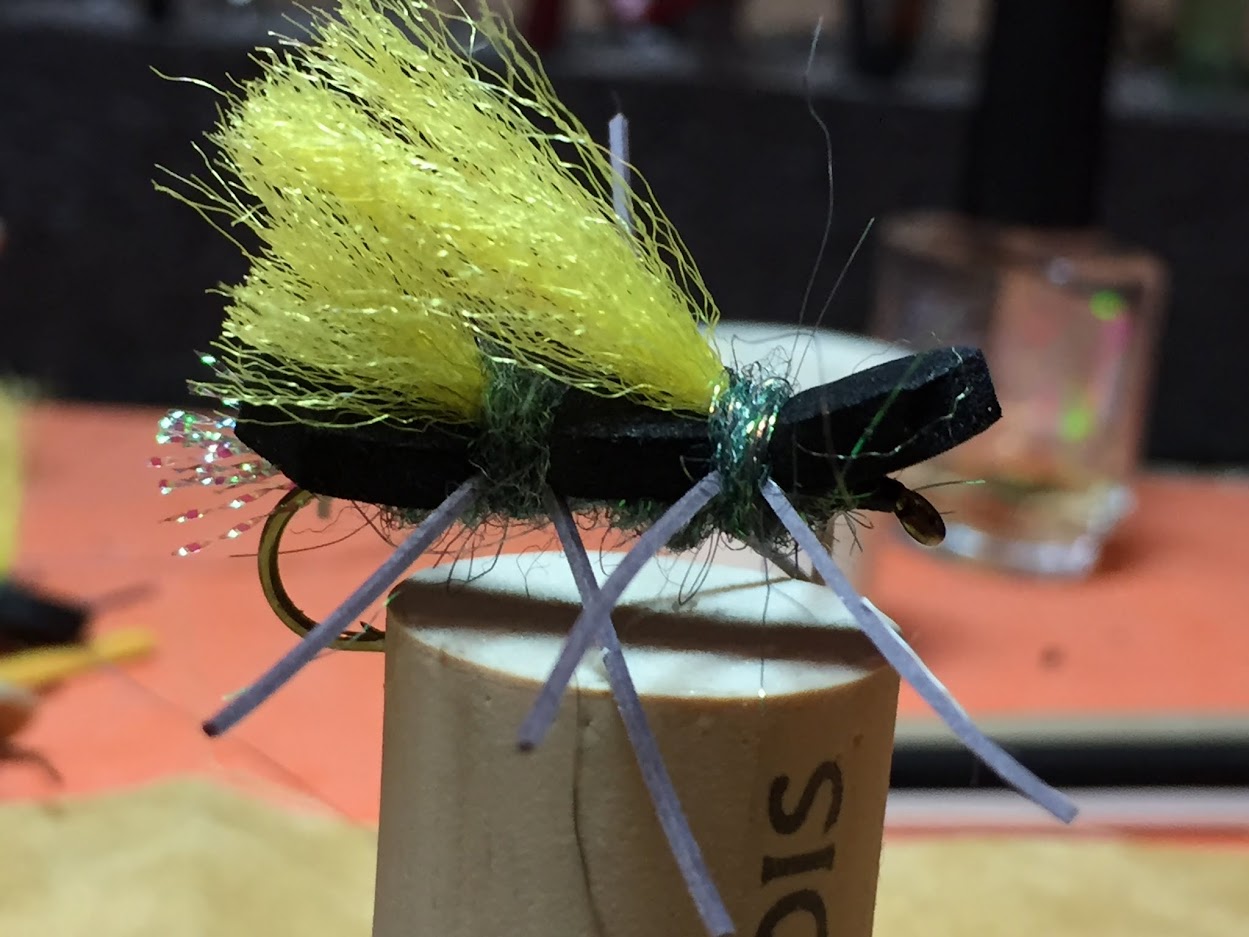 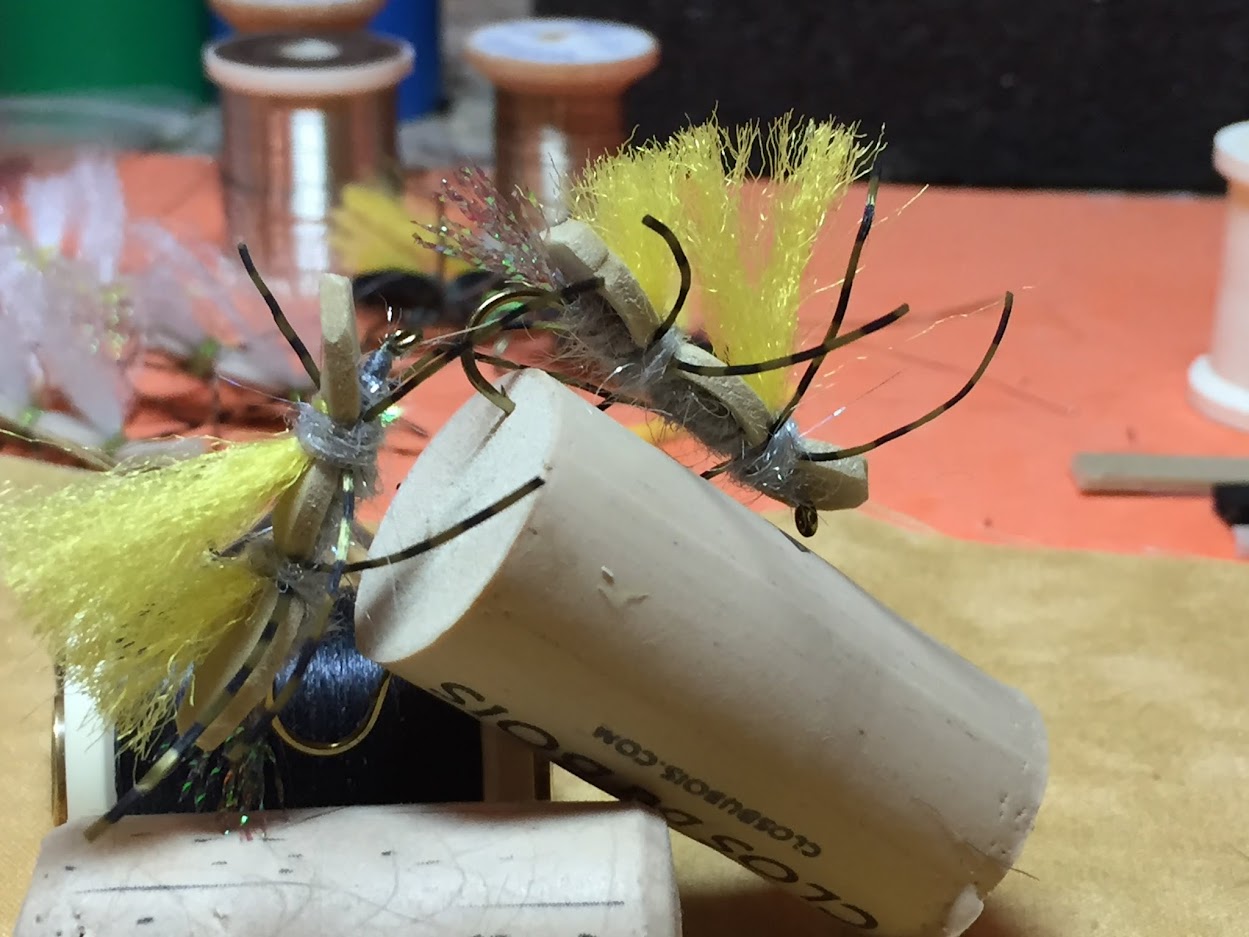 Climbing Over the Bump

After making the first four, I made a trip to Charlie’s Fly Box and purchased a bag of tan ice dub, and I manufactured two chubbys that utilized this material for bodies. These really stand out, and I suspect they may be superior fish attractors. Next I combined some silver ice dub strands with some light gray poly dubbing and mixed my own custom ice dub. This clump was applied to two chubby Chernobyls with gray bodies, and then finally I experimented with black versions with a peacock body and yellow poly wings. I am anxious to test these in situations when I would normally toss a conventional black Chernboyl ant. I like the large size and visibility for supporting beadhead droppers, as this is my preferred method of fly fishing. 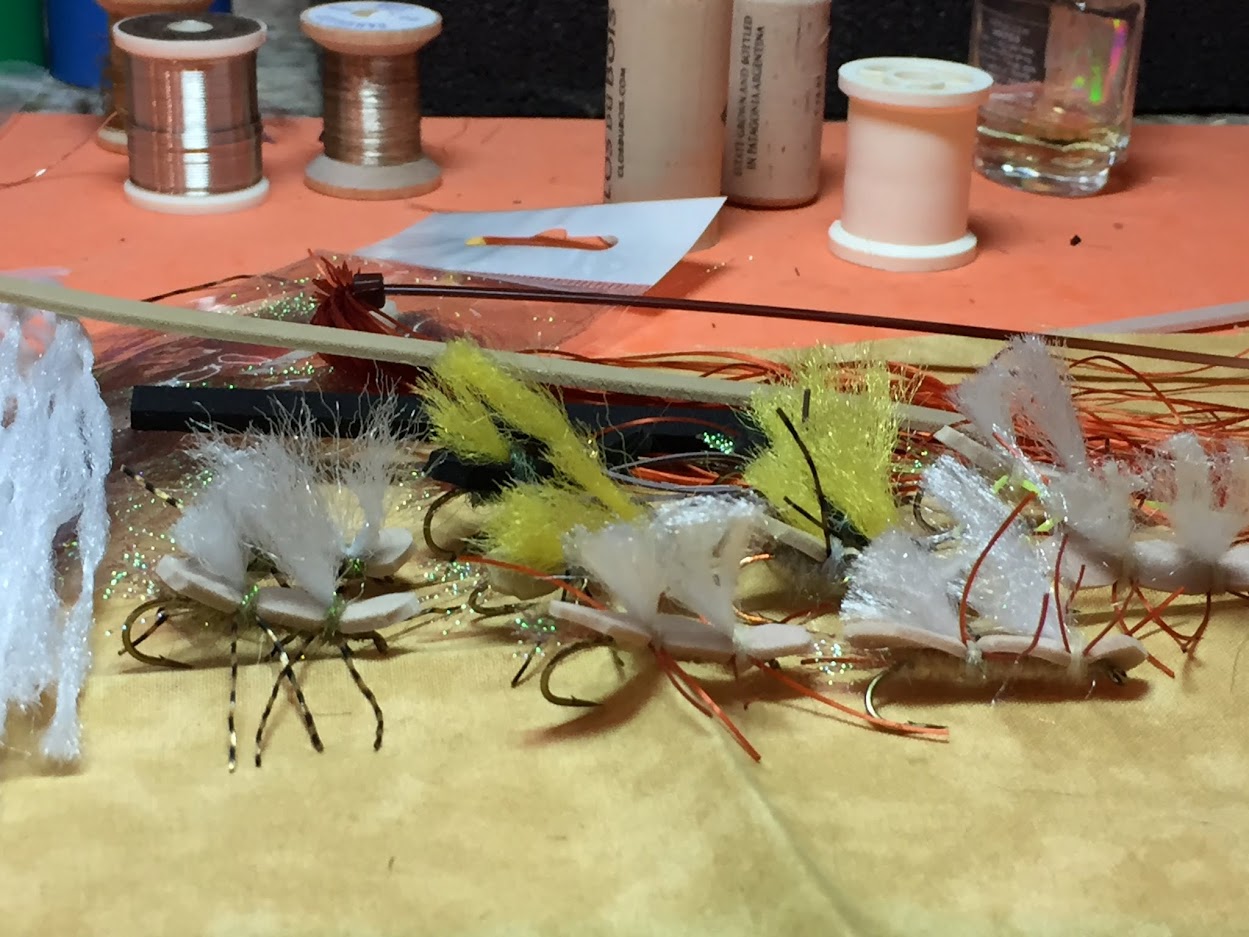 A Parade of Ten Chubbys