My post of 02/12/2017 sums up the status of the Chernobyl ant in my fly boxes. It remains an important weapon, but it ceded some of its importance to the fat Albert and Jake’s gulp beetle. In addition I enjoyed moderate success with a slightly smaller and lighter hippy stomper in the late fall of 2017, so this rising fish deceiver may displace even more line time from the Chernobyl ant. 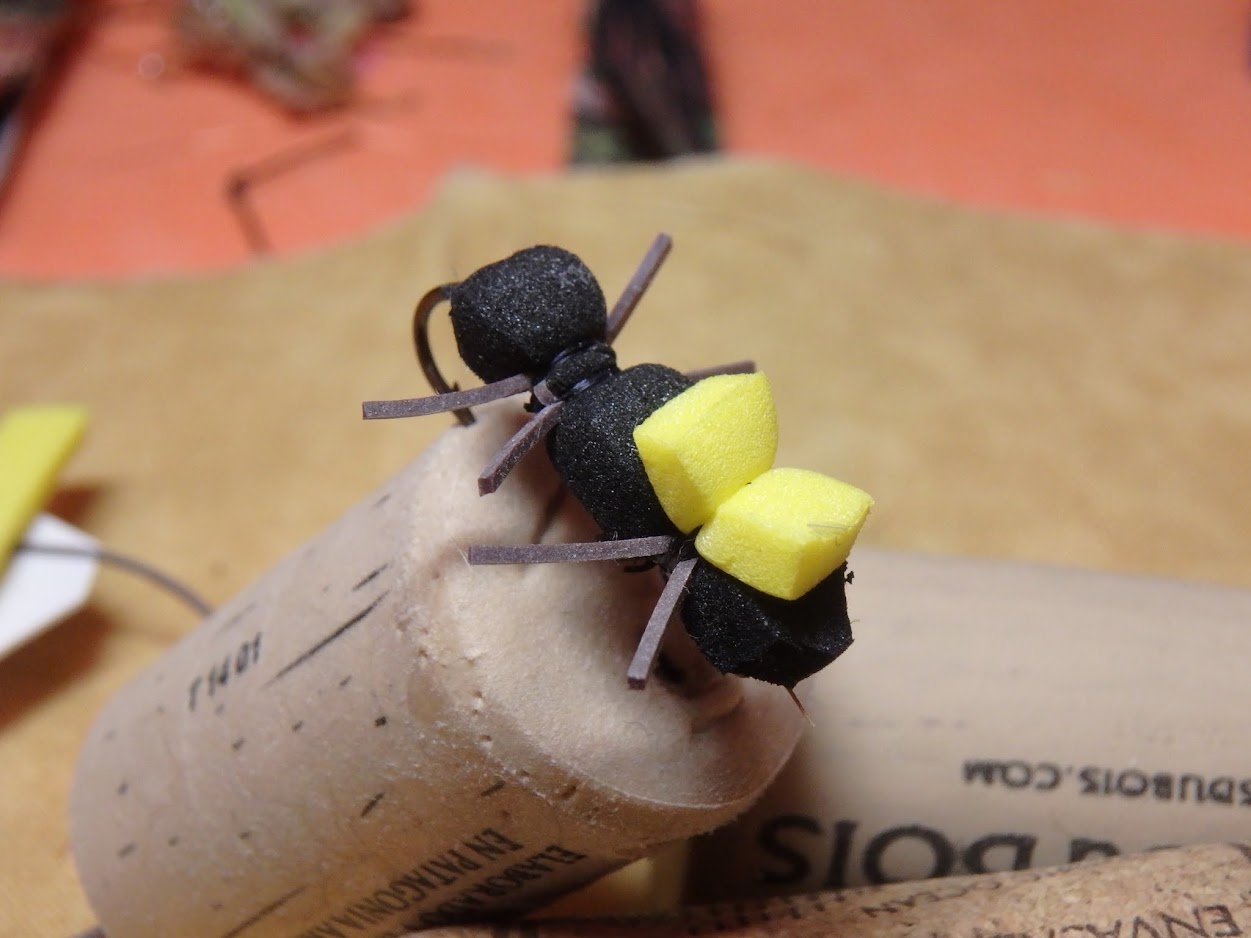 My introduction to the Chernobyl ant extends back to my first trips to the Green River in Utah, and if interested, you can read about my early contact with the large foam ant in my post of 02/01/2011. In the initial days of tying the Chernobyl ant I experienced frustration with the single layer of foam spinning around the hook shank. This generally occurred after landing two or three fish. My 02/13/2014 post describes a significant modification to my tying methodology that eliminated the spinning shortcoming. 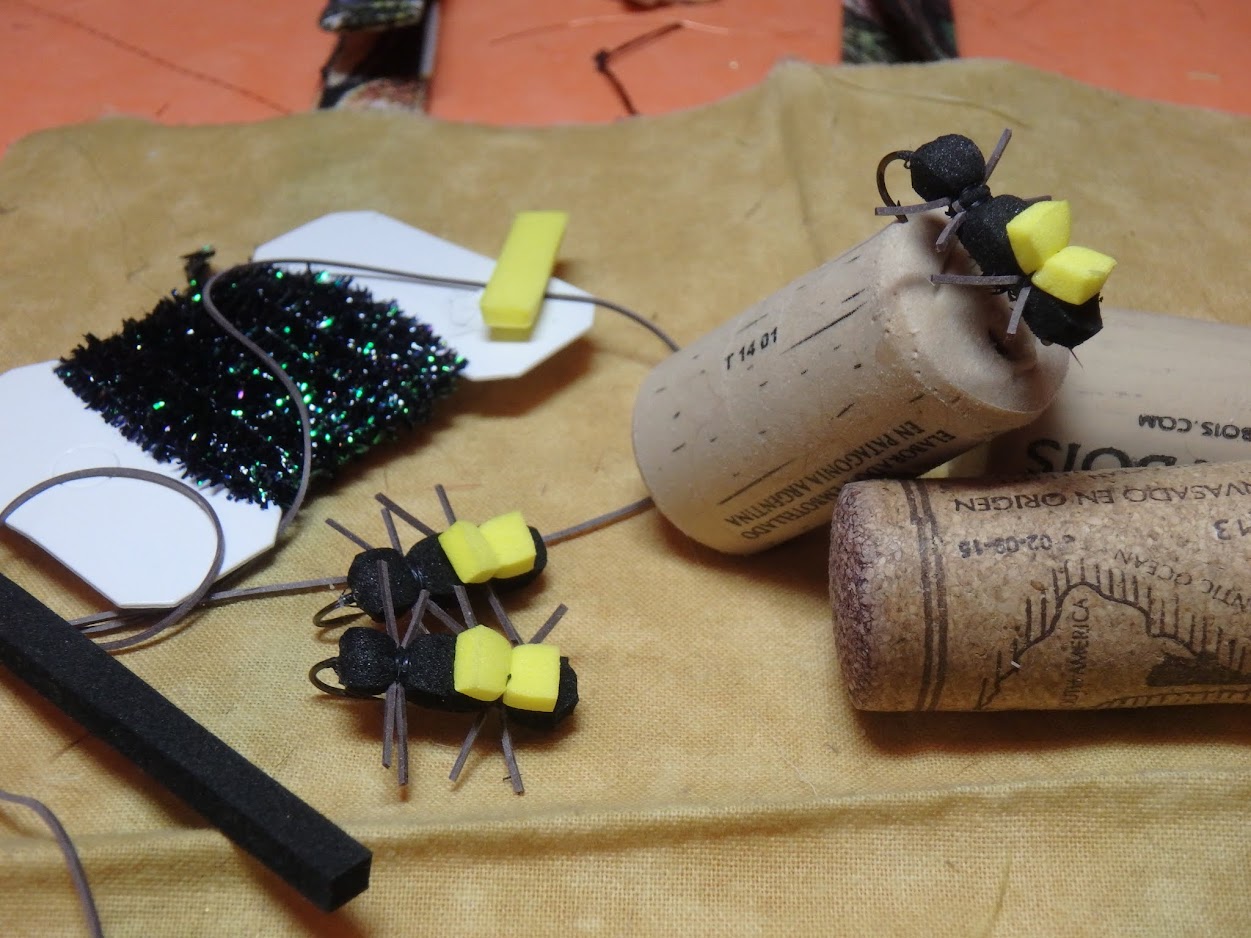 As the fat Albert and Jake’s gulp beetle pilfered line time from the Chernobyl ant, my need to restock my supply shrank as well. I counted an adequate supply of size eights, but I determined that additional size tens were required. It is difficult to totally abandon a fly that factored so prominently in past success. I backed off on the hares ear nymph several years ago, but it returned to the number one productive fly in my box, just as I sensed its effectiveness was fading. It is far too early to write off the Chernobyl ant, since it owns a solid history of success.