I subscribe to at least six fly fishing magazines, and before I dispose of an issue, I flip through it and scan any fly patterns that stir my interest. With my fly boxes replenished with all my favorite patterns, I decided to review my scanned patterns for new additions to my ample supply of flies. Of course tying new flies is only a first step. I tend to revert to favorites, and it takes extra commitment to provide a fair test for a new pattern.

If you follow this blog, you know that I am a big fan of Andrew Grillos, the king of foam. One of the fly patterns that I scanned with the intention of trying is called the spin doctor. This fly is essentially a conventional spinner; however, Andrew incorporated two sections of 1MM foam to provide improved buoyancy and visibility. Because I normally fish during the late morning and afternoon, I rarely encounter strong spinner falls. Mating mayflies and spinner fall events tend to occur in the early morning and evening hours in the west, since these times generally coincide with the calmest hours of the day. 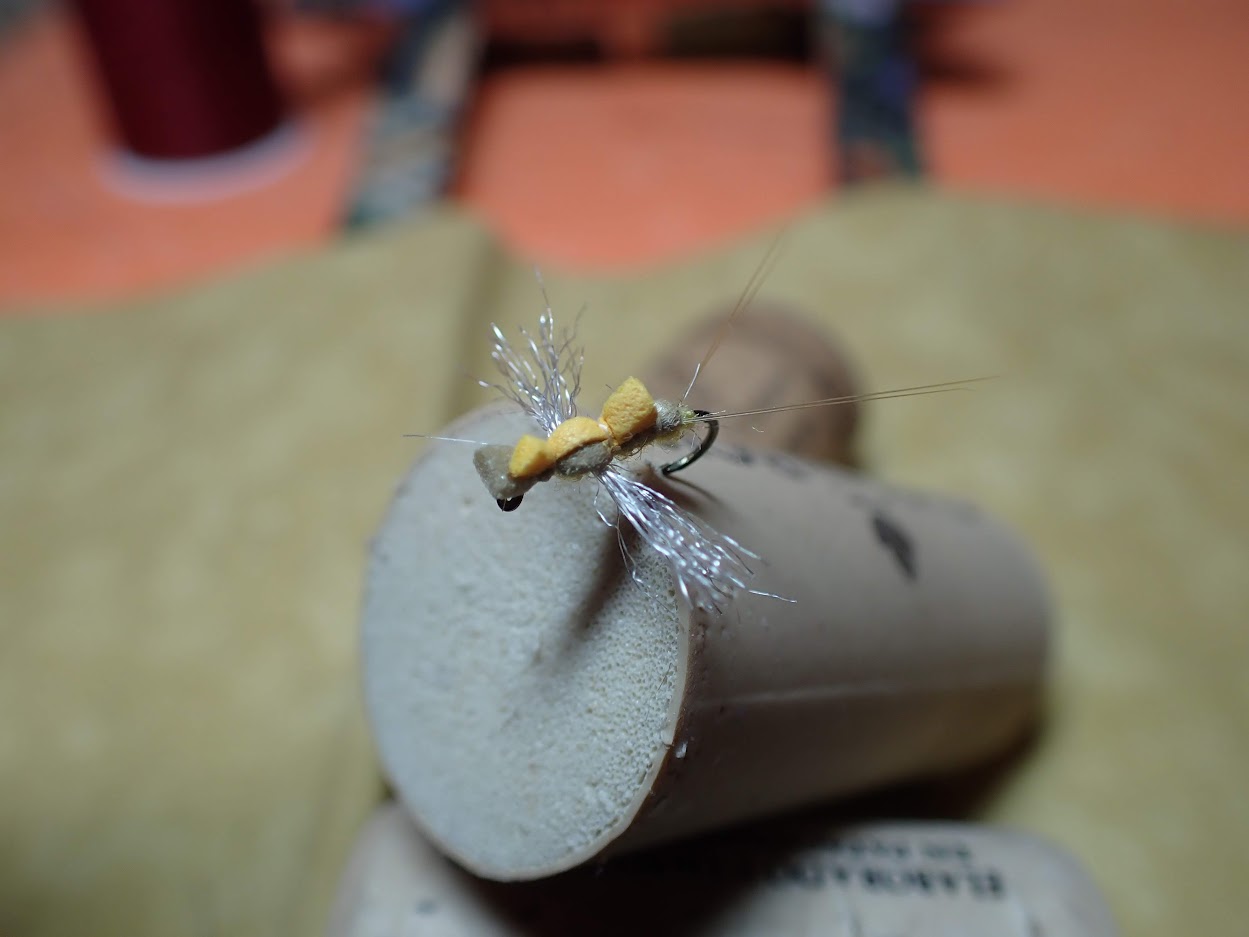 One notable interaction with pale morning dun spinners took place on the Conejos River during a July 2016 trip. For the full story check out my post of 07/20/2016, and scroll toward the end. On this day I was camping near the river, so after dinner and clean up I wandered to a nice nearby hole and began to fish. As luck would have it, a pale morning dun spinner fall commenced, but when I frantically searched my fly boxes, I was disappointed to learn, that I did not have spinner imitations of the appropriate body color. I subsequently remedied this oversight and stocked a variety of spinner flies, but at the time I shifted into improvise mode. I plucked one of my size 16 cinnamon comparaduns from my box, and I mashed down the deer hair wings, so they parted in the middle and spread out at ninety degree angles from the hook shank. If you read my post, you learned that the ploy paid dividends, and I enjoyed some fine action over the remainder of the evening. 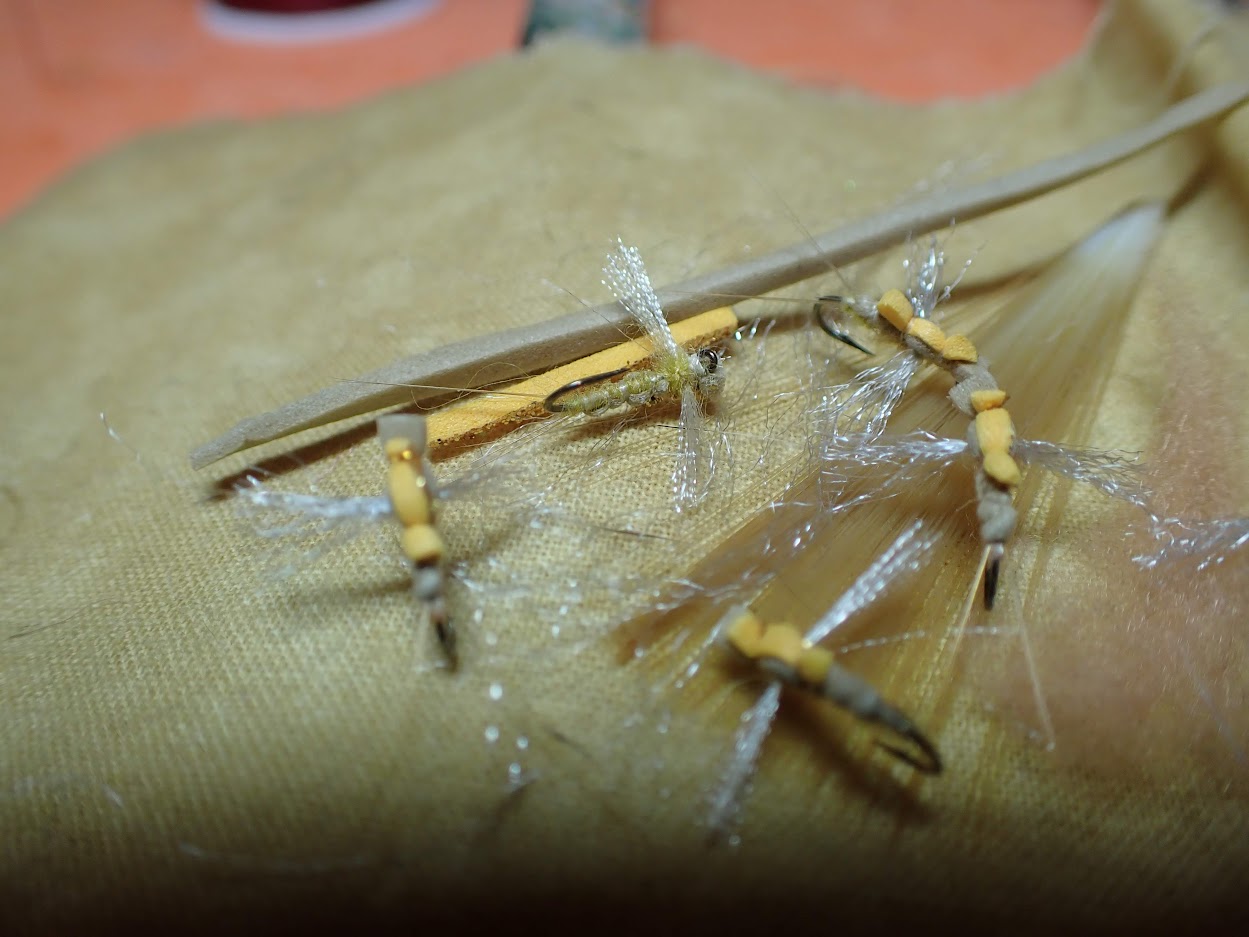 Zoomed on the Bunch

Despite this improvisational success story, I realized that I had not tied spinner flies in quite a while, so I decided to create some spin doctor patterns in pale morning dun body colors. I crafted two with light amber, two with a light olive body, and two with the aforementioned cinnamon. I am anxious to give the spin doctors a test during the upcoming season.