Scuds, scuds and scuds. According to most knowledgeable sources (fly fishing magazines), scuds are an important food source to trout around the world particularly during the winter months. While aquatic insects lie dormant in their nymph form, scuds continue to cling to aquatic vegetation and consequently get dislodged on a fairly frequent basis. Hungry winter trout do not miss the opportunity to grab these nourishing bits as they float by. We all love shrimp cocktail! 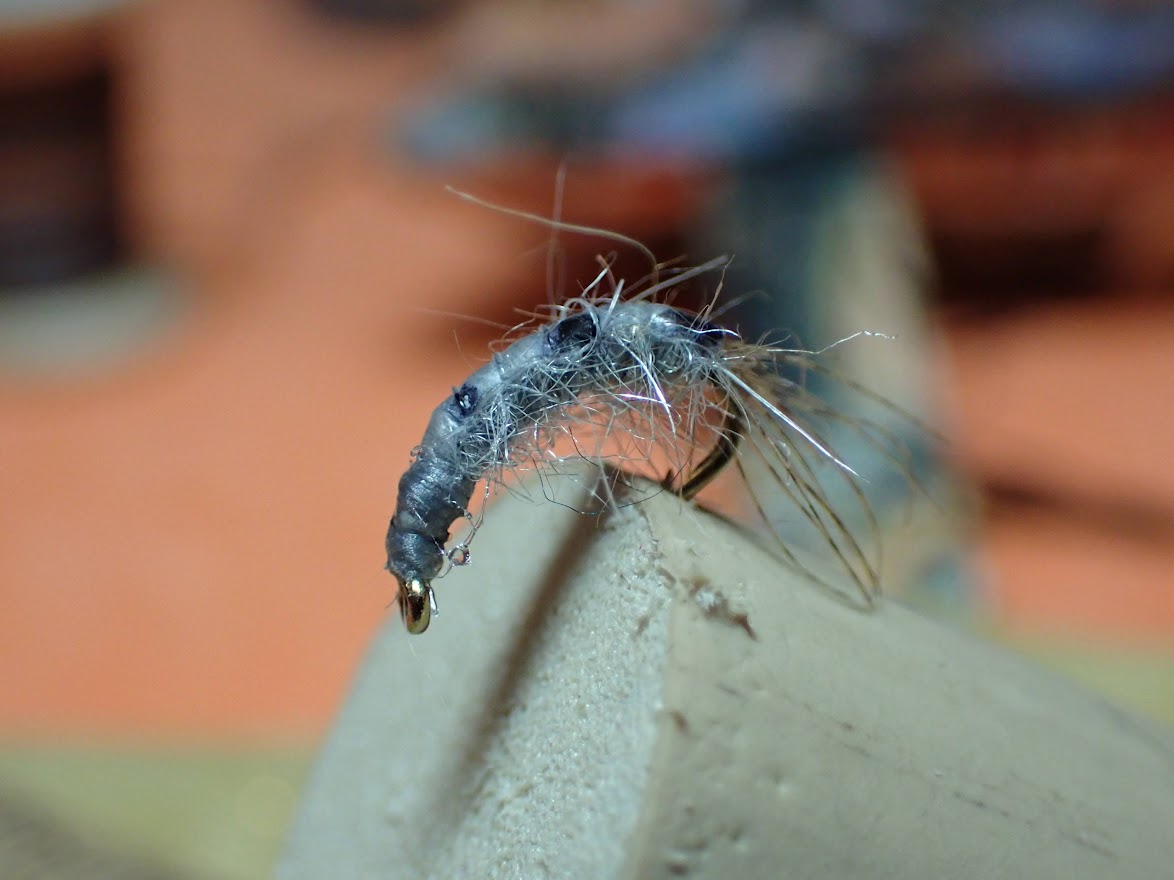 My post of 12/20/2019 described my hiatus from fishing scuds and also outlined some of my successes during the 90’s, when an orange scud in April and May was a ticket to a full net. The piece from December 2019 also highlights a few of my deviations from the standard scud tying procedure. Rather than waiting another twenty years to replenish my supply of scuds, I counted my current stock in my various storage containers, and I determined that I needed three additional gray and one olive. I fished scuds a few more times than normal in 2020, and that perhaps accounted for the shrinkage in inventory. 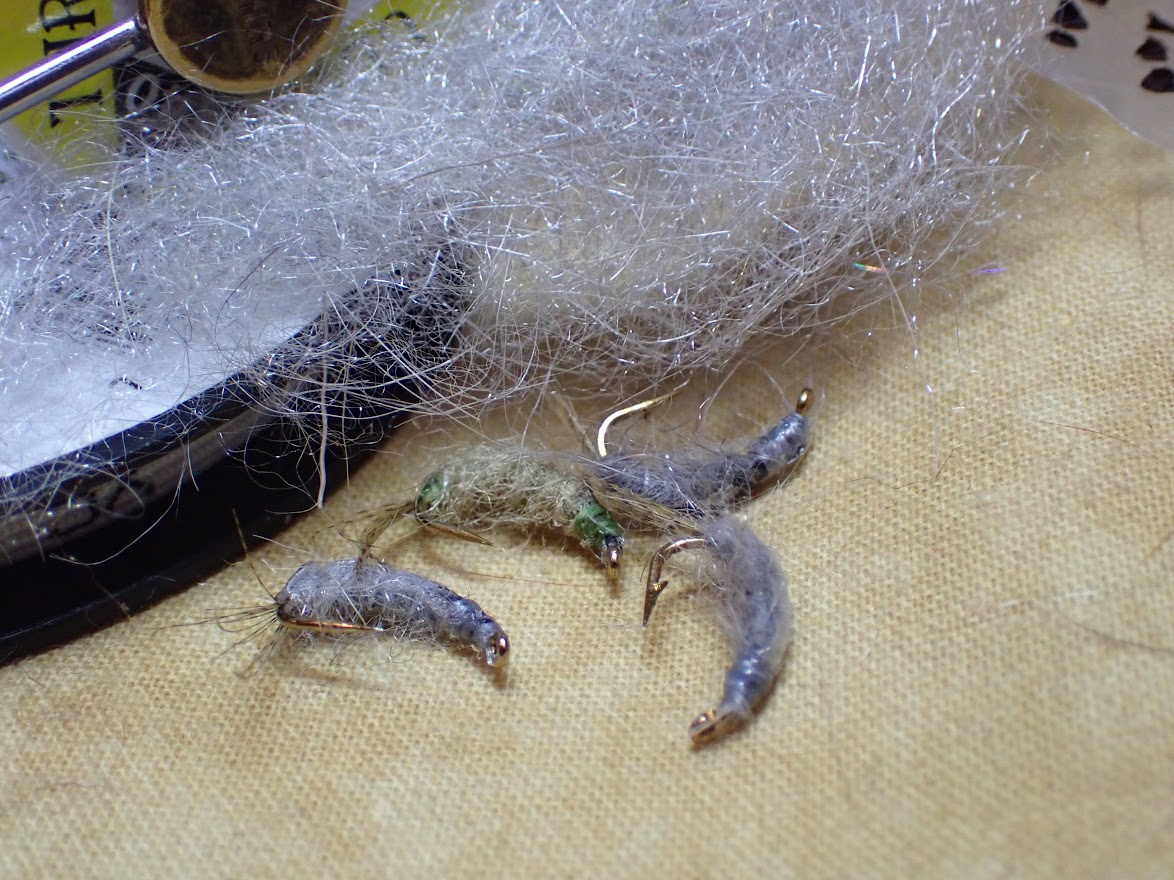 I am determined to give scuds a fair trial in 2021. They worked in the 90’s, and the experts swear by them, so I am convinced that a vote of confidence from this angler will yield results. 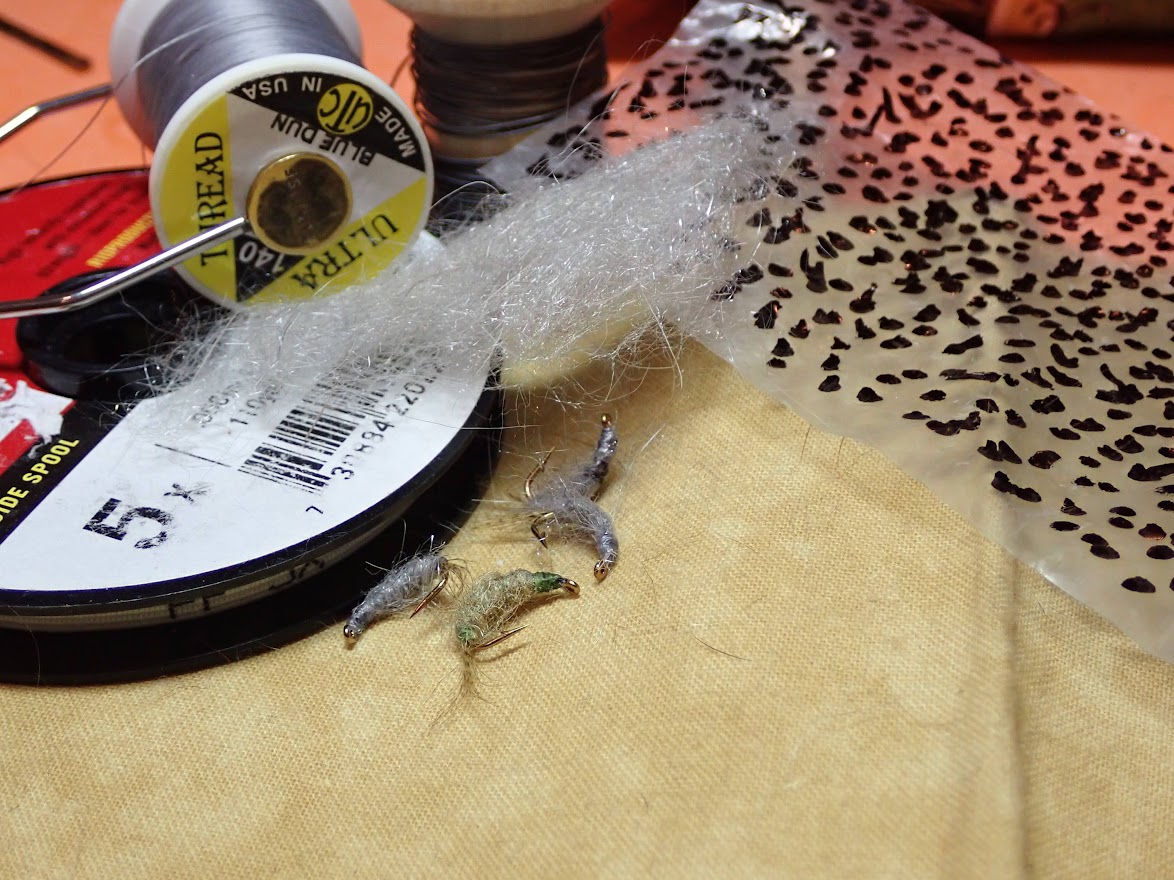 A Batch of Four with the Needed Materials