For many years I viewed the yellow sally as a summer hatch that did not occur with enough density to attract trout to the surface in great quantities on major rivers. Sure it was a good searching pattern on small high country creeks, but for hatch matching I carried some just in case but did not use them frequently. That line of thought shifted dramatically after several blizzard hatches on the Eagle River in recent years during the post run off season. If the reader is interested in a vivid description of one of these outings, check out my 07/03/2017 post on the Eagle River. I described a blizzard hatch of yellow sallies, although you will note that I fished an iron sally and hares ear nymph through the hatch and did quite well. Nevertheless, I do not anticipate encountering another similar hatch without access to some yellow sally dry flies. Fish on larger rivers such as the Eagle, Arkansas and Colorado do tune into the plentiful supply of small yellow stoneflies. 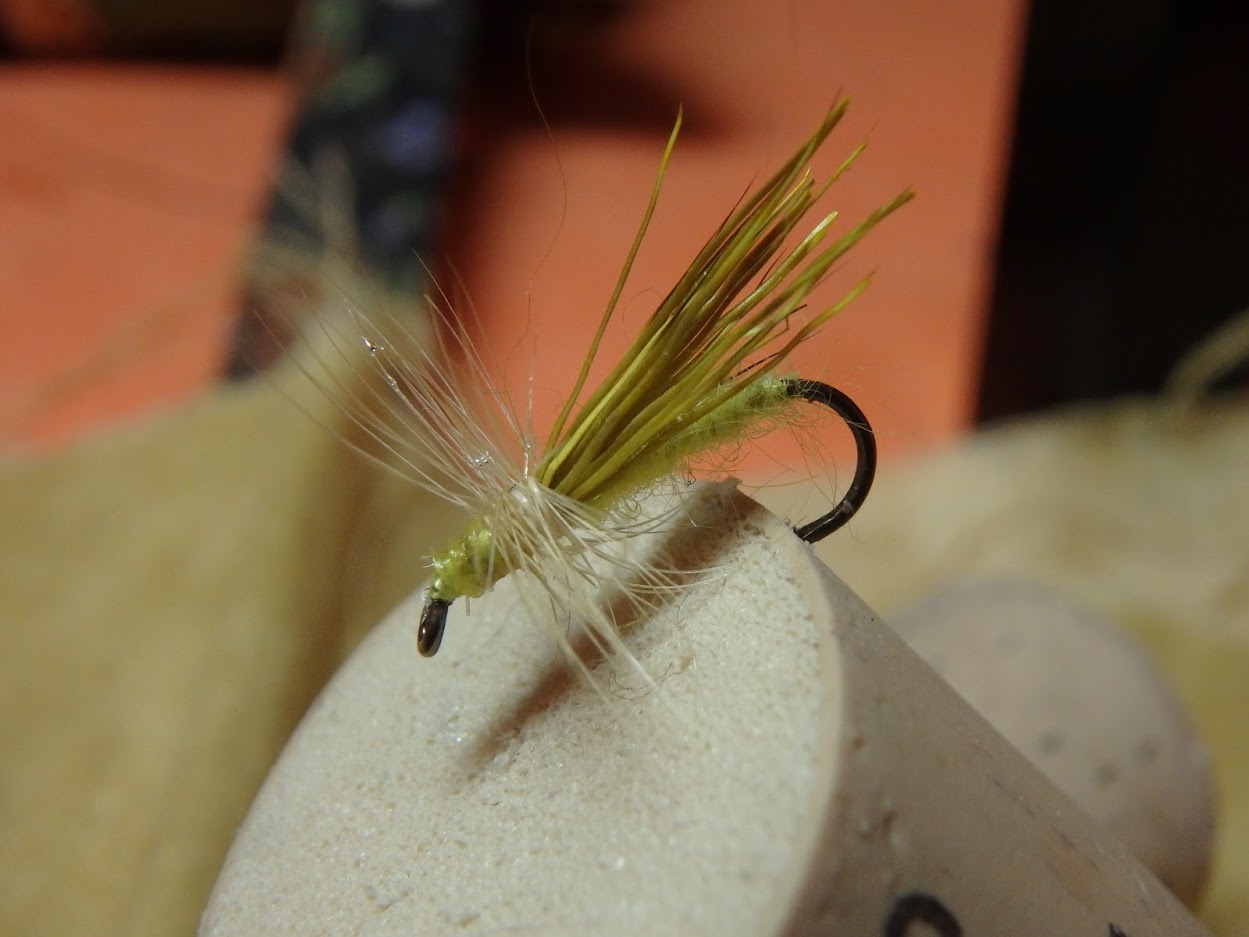 With the improved ranking of the yellow sally dry fly in my fly choice hierarchy, I took a quick inventory and concluded that I could use four additional size 14’s. My size 16’s were adequate, so I positioned myself at the tying station and cranked out some additional imitations. I have experimented with other patterns, but I concluded that the basic deer hair version works as well as any. Only three basic materials are required; yellow dubbing, yellow deer hair and ginger hackle. I feel prepared for the next yellow sally hatch that greets me on western waters. 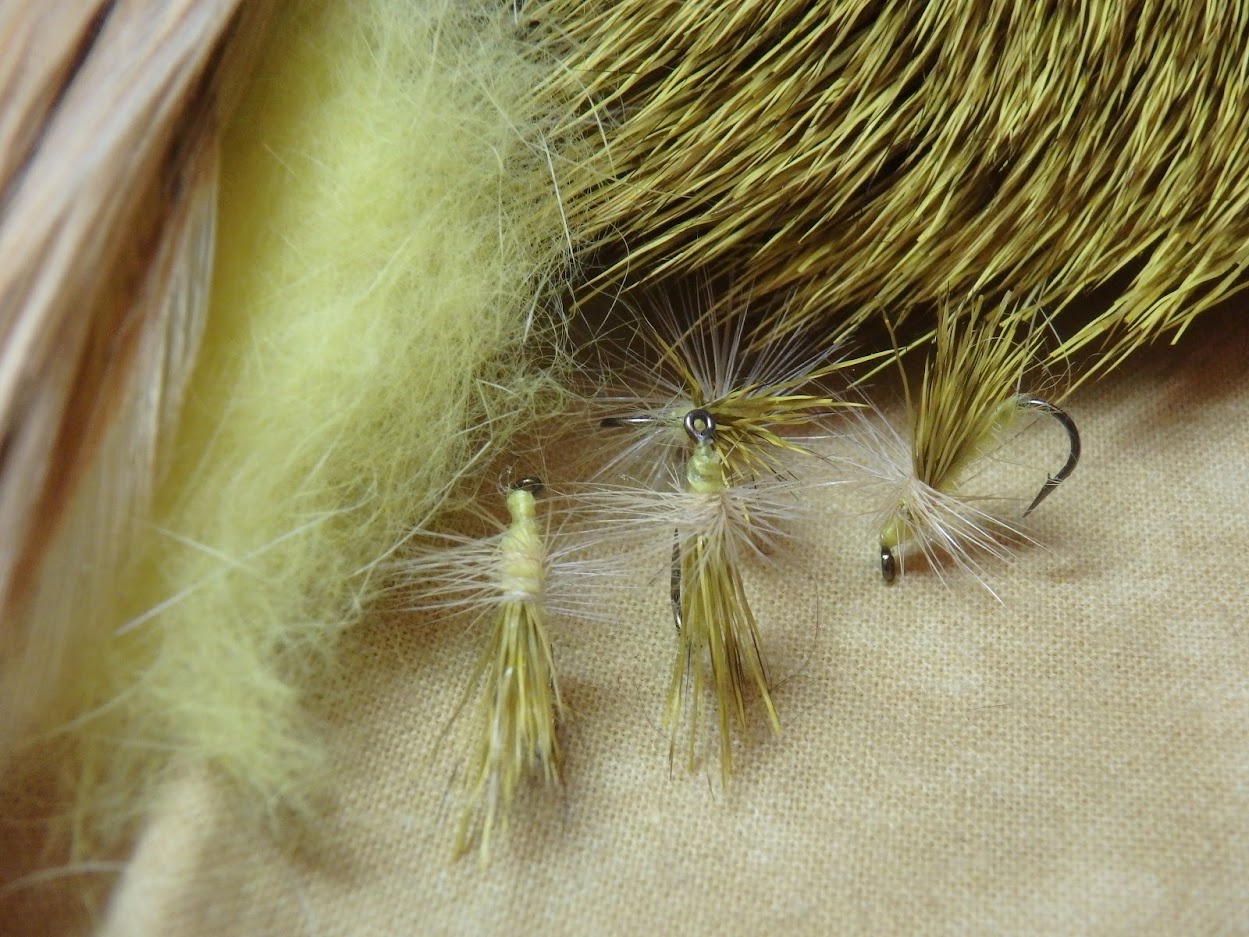