I continually monitor the flows on South Boulder Creek, as it remains my favorite Front Range destination. A check last week revealed that the water managers dropped the flows to 127 CFS, and although this remains on the high side, it remained within a comfortable range for fly fishing. I generally prefer water levels in the 50-80 CFS range. I planned a trip, and Thursday morning I packed the car and made the slightly over one hour drive to the kayak parking lot below the dam but high above the small tailwater creek. When I arrived four or five cars occupied spaces, and while I pulled on my waders and assembled my Orvis Access four weight, three additional vehicles secured spaces to my left. Needless to say I was concerned about solitude and space.

To my pre-fishing ritual I added elbow glides and stretches, and on Thursday I secured my new cho pat strap just below my right elbow. I was anxious to determine if the device would reduce the pinching pain that plagued my casting elbow on Tuesday on the South Platte River. Even at the elevated flows I was able to ford the creek at the bottom of the steep path, and this enabled me to hike along the south side of the stream. This is a positive, as the north path involves quite a bit of rock climbing. Fortunately I passed four solitary anglers along the way on the upper water, and this accounted for most of the vehicles. I hiked a decent distance beyond the active fishermen, and I encountered two outliers who endured a longer hike.

When I sufficiently distanced myself from the other fishemen, I cut down to the creek and began my day with a size 8 Chernobyl ant, a size 12 beadhead prince nymph, and a salvation nymph. I chose the prince nymph with the hope that green drakes were active, and that the long slender prince might serve as a reasonable representation. I carefully approached a nice deep pool along the right bank and began flipping short casts to the likely fish holding locations. In the first pool a small trout spurned the Chernobyl, and I immediately feared that refusals might rule the day. Another rejection occurred in the next nice pool, and I began to formulate alternative approaches. 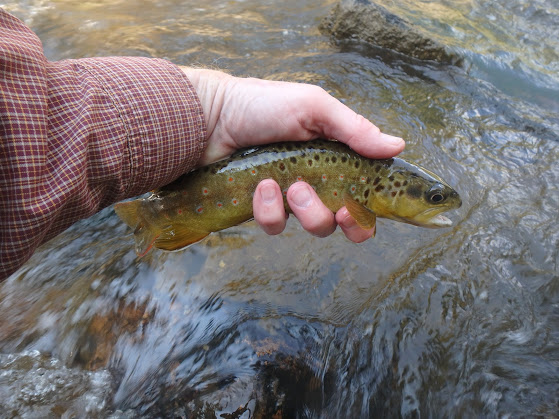 Fortunately a small brown nabbed the prince in the next decent location, and I delayed my plan to change tactics. Adhering to the Chernobyl/prince/salvation proved to be a solid strategy, as the fish counter climbed to sixteen by the time I paused for lunch at 12:15. One brown trout crushed the Chernobyl, and a couple nipped the salvation, but the coveted offering proved to be the prince. I will never know for sure whether my green drake nymph theory was the reason, but the results were outstanding regardless of the reason. 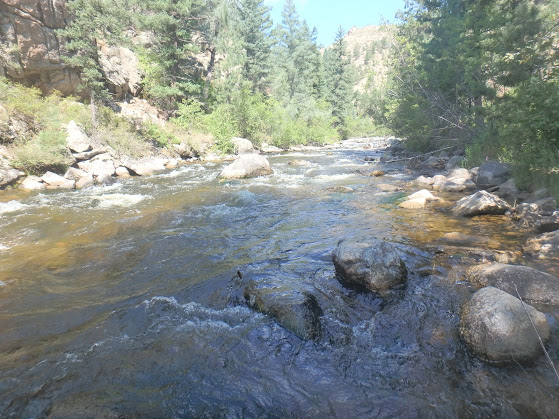 At some point during the morning the salvation and its attached dropper disappeared in the process of releasing a fish, so I replaced it with an ultra zug bug. My fly box contained only one size 12 2XL prince nymph, so I was hopeful that the smaller ultra zug bug might be equally effective, but unfortunately it was not. When I snapped off the zug bug on a dead tree limb, I decided to continue with a two fly arrangement, since the prince nymph was overwhelmingly the main attraction, and this choice proved to be sound. 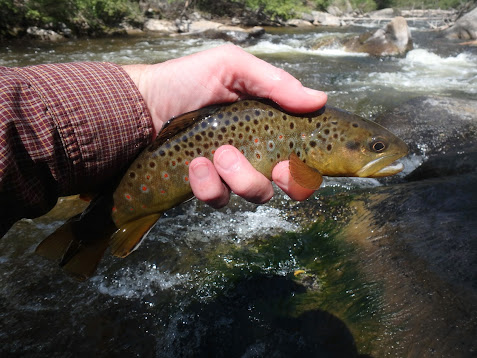 After lunch on a large flat rock I continued prospecting with the two fly dry/dropper, and I incremented the fish count to twenty. At this point the jagged teeth of twenty trout reduced the prince nymph to a peacock body with no additional appendages. The tails were long gone, and the thread began to unravel, and this resulted in the loss of the two goose biot wings. I would have continued, but the long strand of dangling black thread portended a near term end to the life of the prince. 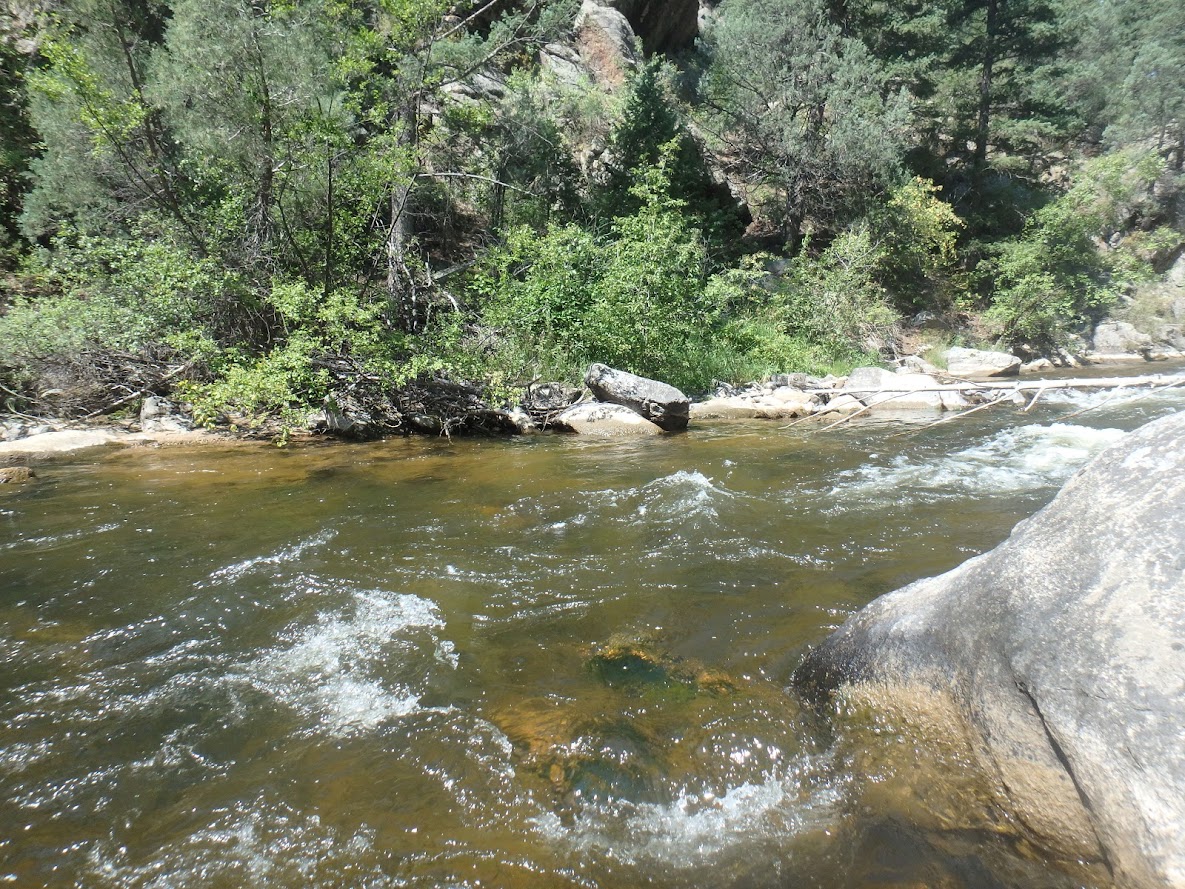 Shelf Pool on the Other Side Is Inviting

I removed the productive fly and experimented with an ultra zug bug and salvation nymph for ten minutes, but I sensed that the fish were not interested in these two substitutes. I looked in my fleece wallet and found a size 14 prince tied on a standard length hook, and I knotted it to my line and retained the salvation nymph. The performance of these flies outpaced the previous ones, and I managed to bolster the fish count from twenty to twenty-six, but the pace was much slower than that of the morning, and I covered considerably more stream including some appealing spots that should have produced more fish, than what I was able to attract. 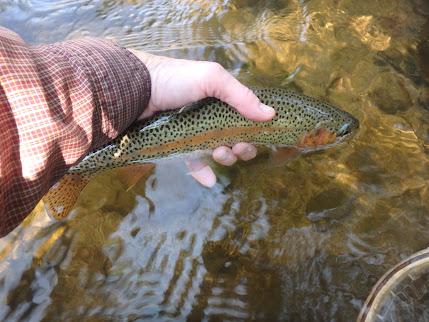 In the midst of this early afternoon period I began to observe a decent quantity of yellow sallies and even larger golden stoneflies. I almost switched to a yellow stimulator, but before doing so I swapped the prince for an iron sally. Several of the seven fish that moved the count from twenty to twenty-six grabbed the salvation, while it was paired with the iron sally. 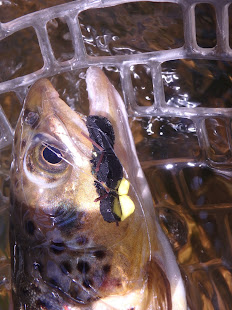 By three o’clock I was perched on twenty-six, and the catch rate slowed measurably. The sun was now high in the afternoon sky, and it beat down on the canyon and caused the temperature to elevate. The impact of the heat seemed to slow this fisherman and the fish. I contemplated quitting for the day, but again I noticed a wave of yellow sallies, so I decided to implement the single dry fly idea that crossed my mind earlier.

Initially the size 14 yellow stimulator prompted a couple refusals, but then I executed a cast across a main current to a long shelf pool along the opposite bank. I raised my rod high to avoid drag and managed a long drift, whereupon a brown trout surfaced and slashed the stimulator. Maybe there was something to the yellow sally dry fly after all? 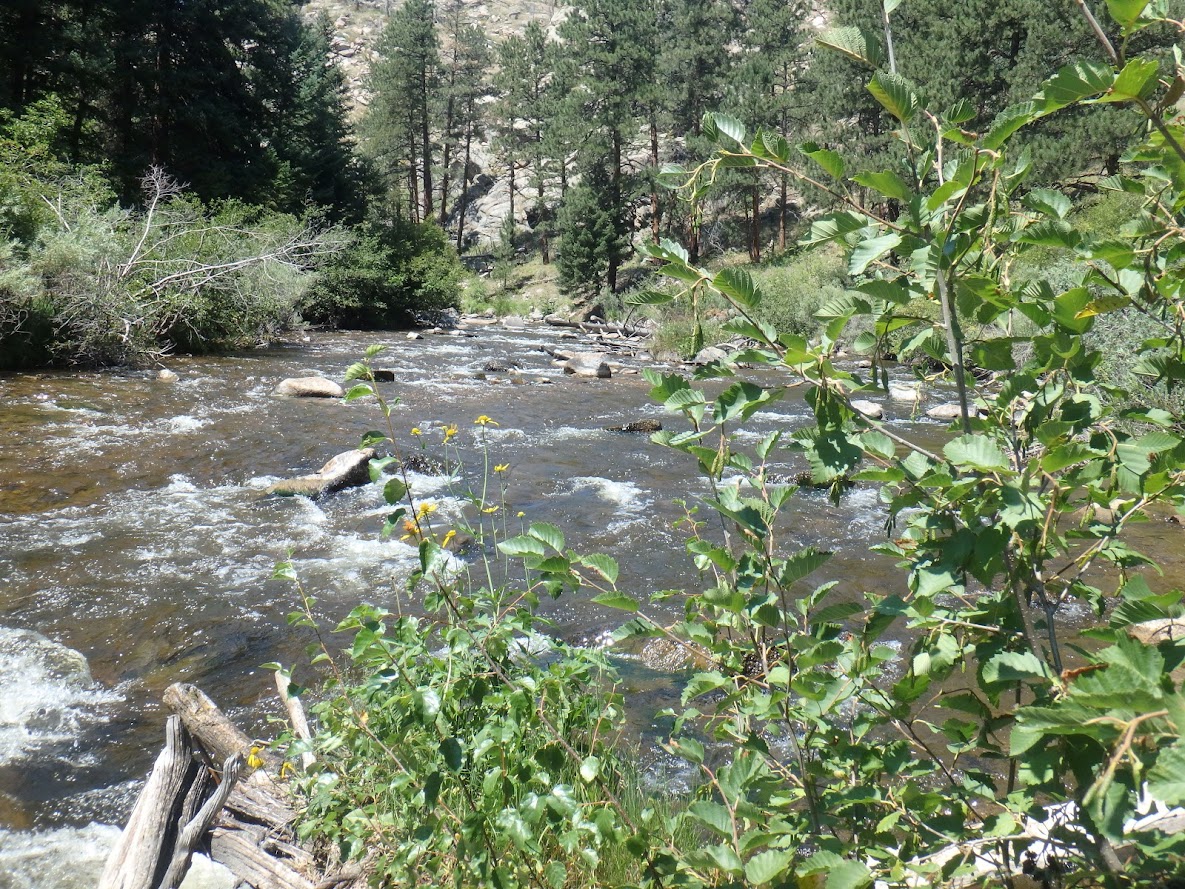 I exited the creek at a place where huge boulders on both sides made additional progress impossible, and I hiked a fair distance until I reached two very nice pools. The most attractive water in the first pool was again on the far side, and I deployed a similar technique that fooled number twenty-seven, but in this instance I failed to generate a response. 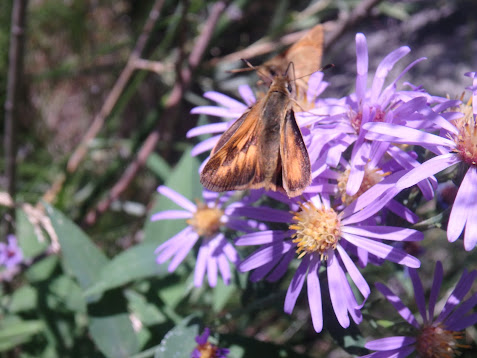 The next pool was a crown jewel with a deep run down the center and pulse-raising shelf pools on either side. I fired ten casts to the area on the right side, and the yellow stimulator went unmolested. I was certain that fish inhabited this place, and I noticed several green drakes near the 3:30 time frame, so I switched to a size 14 parachute green drake. I tossed the newly attached fly to the top of the pool, and a bulge and swirl ensued. At least the green drake attracted attention, but how could I prompt a take?

I persisted with a few more casts, and the large low riding piece of meat became too much to resist. I had my first South Boulder Creek green drake victim in the form of a small brown trout. My switch to the green drake and the small dose of success led to another 1.5 hours of fly fishing, and eleven additional trout found my net, before I called it a day a few minutes before five o’clock. A few refusals marred the successful late afternoon action; however, I stayed in a zone of angler bliss most of the time. Green drakes continued to appear albeit in a very sparse hatch, and a few pale morning duns joined the party. During the hot afternoon days of August, the drake hatch apparently delayed, until the shadows lengthened from the steep canyon walls on the south side of the creek. I moved quickly and sprayed casts to moderate riffles and runs, and quite often a brown trout rewarded me with an aggressive bite. A few very colorful rainbows joined the mix as well to add a bit of diversity to my stay. 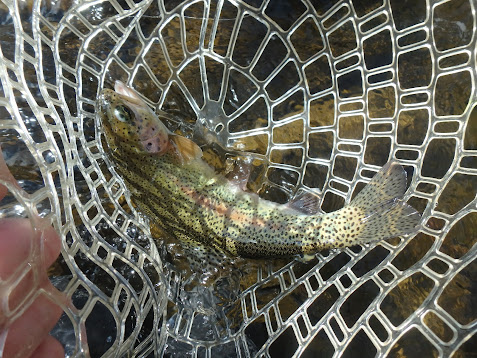 On Thursday I had a blast on South Boulder Creek. I learned that fly fishing at 127 CFS can be very worthwhile, and I also documented that green drakes appear in early August. I also learned that leaving early on hot days carries the risk of missing the best insect activity on the small tailwater. Prior history suggests that the best of the green drake hatch is in the future, and I anxiously anticipate those occasions.