I protected the week of September 14, 2020 from conflicting appointments, as I eagerly anticipated a week of fly fishing in the Flattops area of Colorado. This trip has developed into an annual tradition, and I was not willing to sacrifice it in 2020. I was, however, cognizant of my recent heart issues and atrial fibrillation, so in a concession to advancing age I rented a satellite phone for the week. I planned to hike into several remote stream destinations, where the presence of other human beings was rare, so the availability of 24/7 communication capability was a valuable safety precaution. I viewed the $255 for thirty minutes of voice time as an insurance policy in case of injury or health issues. 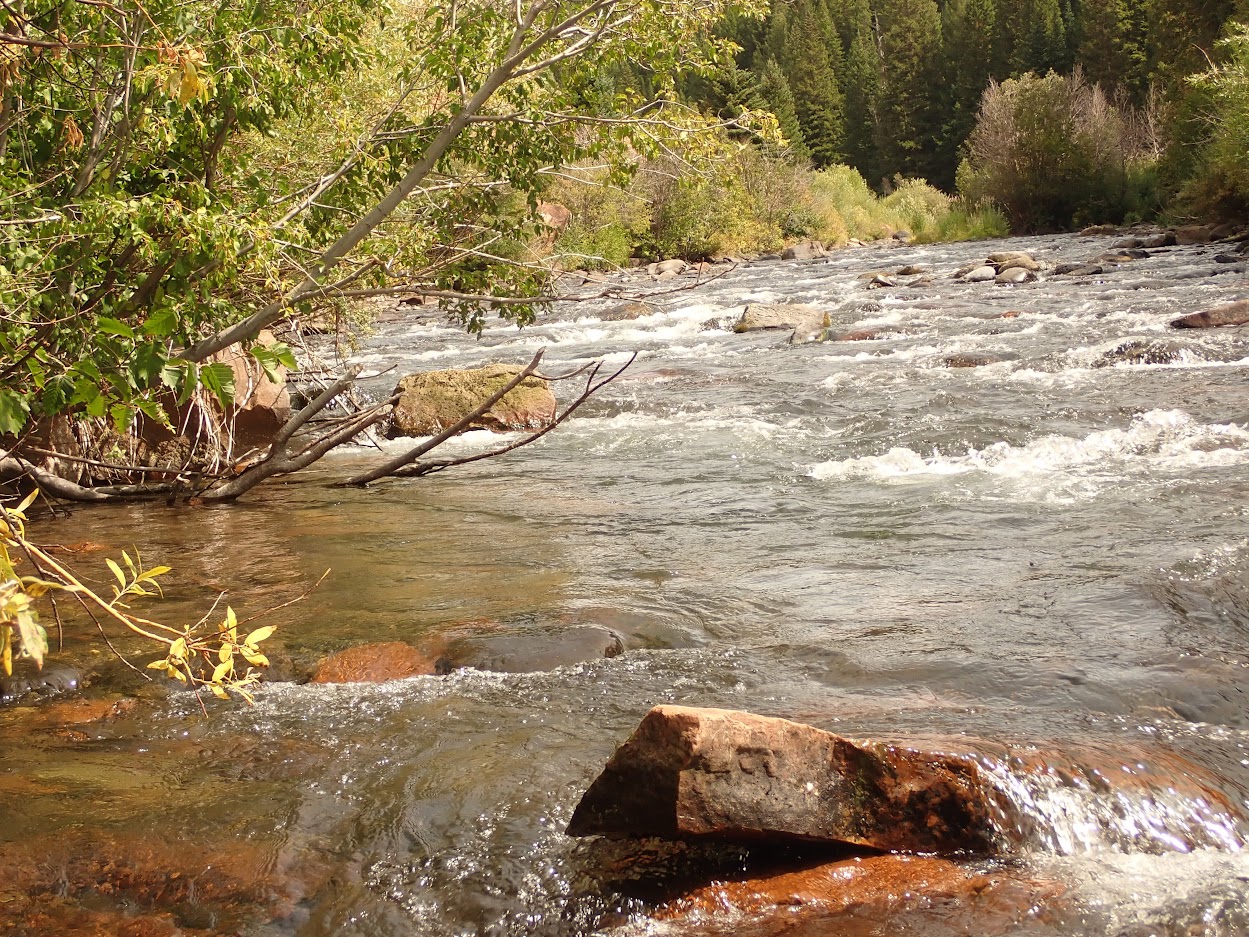 Branch in a Bad Place 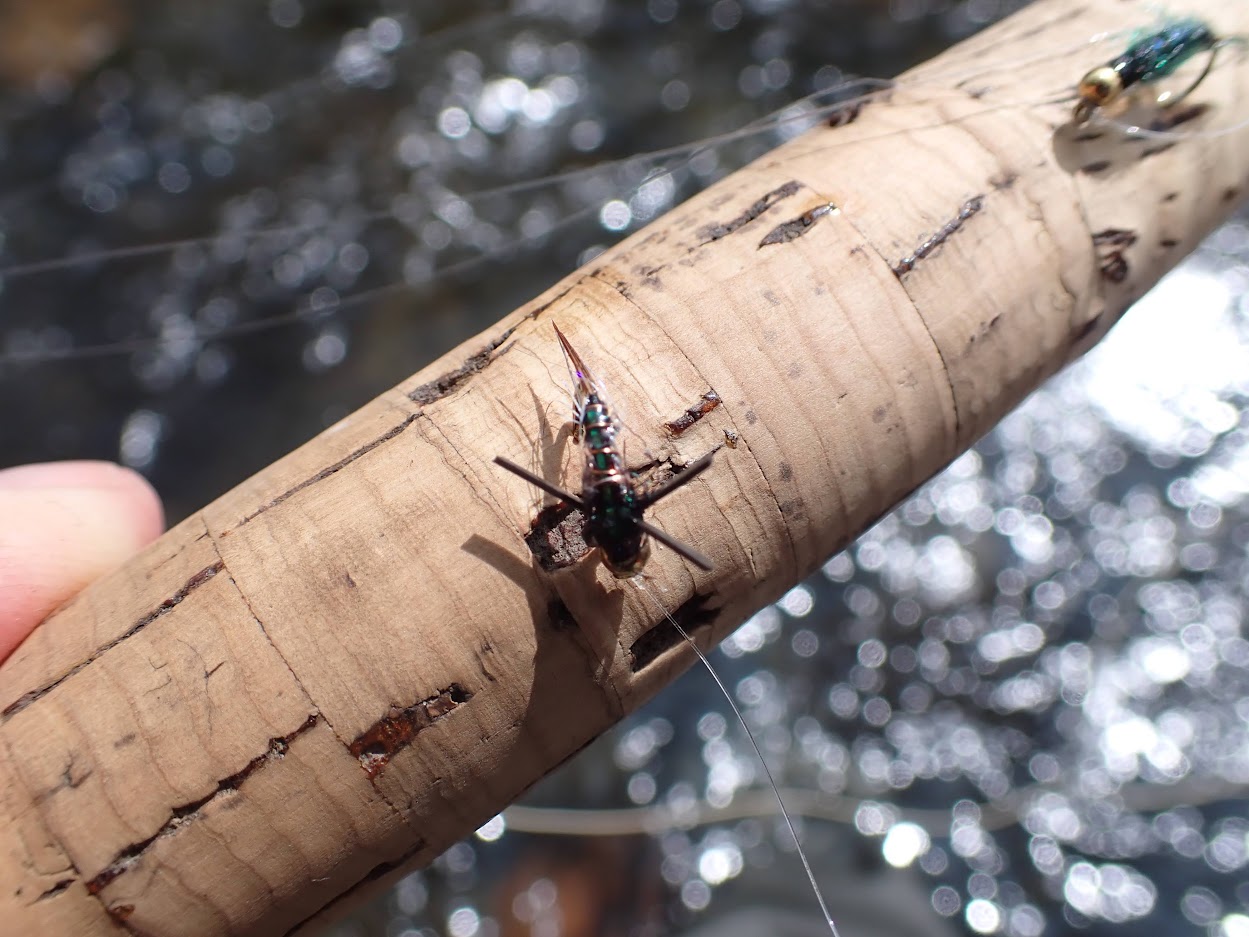 I departed on Monday morning after completing most of the packing on Sunday night, and I arrived next to the North Fork of the White River by 12:45PM. I quickly downed my small lunch and prepared to fly fish with my Sage four weight as the weapon of choice. Monday was a bright sunny day with the temperature at my location in the 69 – 70 degree range. Flows appeared to be a bit lower than previous years, but easily within an ideal range for mid-September. 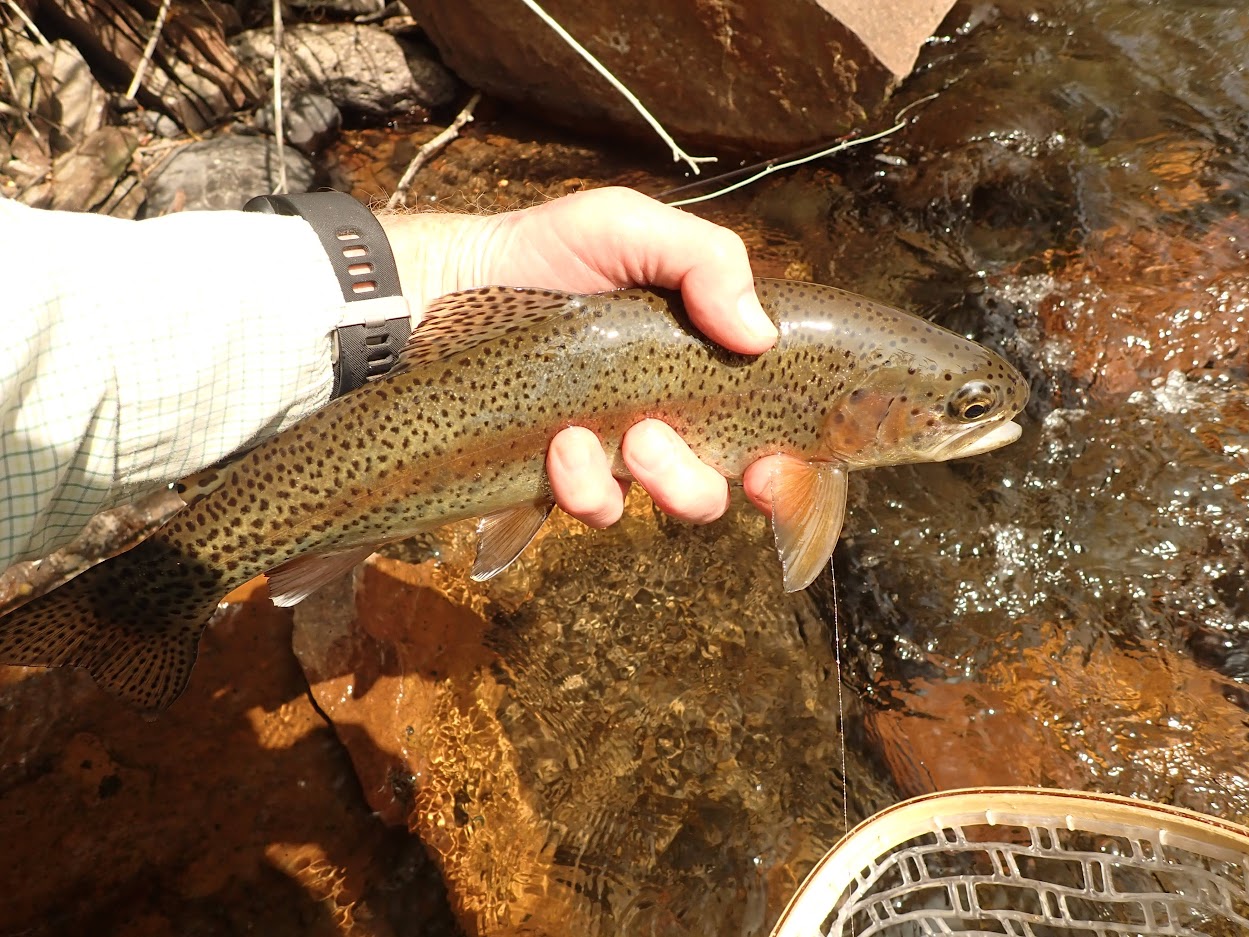 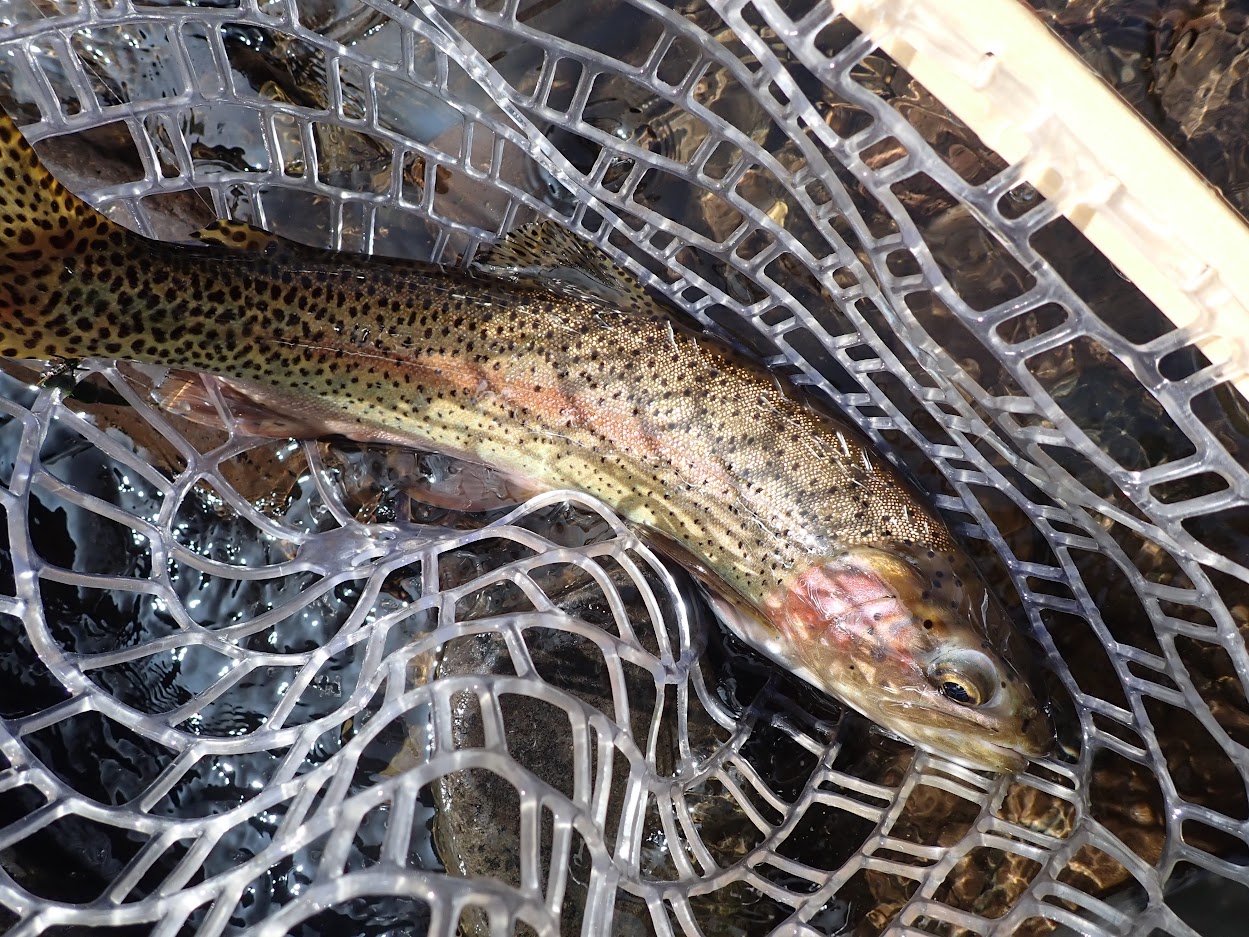 I began my quest for White River trout with a tan pool toy hopper that dangled an ultra zug bug and salvation nymph on a three foot dropper. I read all my North Fork posts on this blog from previous years before my departure, and the three flies that I selected were the top producers. In the very first decent pocket along the left bank, I landed a thirteen inch rainbow that nabbed the salvation nymph, and my optimism zoomed. I continued working my way upstream, and I built the fish count to seven in the first hour, but all the fish except the first were in the six to eleven inch range. One was a brook trout, and the others were rainbows and cutbows. The ultra zug bug delivered a small trout early, but then it drifted mostly unmolested, so I switched it for a weighted size 12 prince nymph. The prince became a relatively hot item, as it combined with the salvation to boost the fish count from seven to fifteen. The heavier prince enabled deeper drifts, and this condition likely explained the elevated catch rate. Three of the last eight landed trout were muscular fourteen to fifteen inch rainbows, and the prince was the food of choice for these bruisers. In addition, another three energetic hook ups developed, but the bold fighters managed to escape while breaking off the prince and salvation. 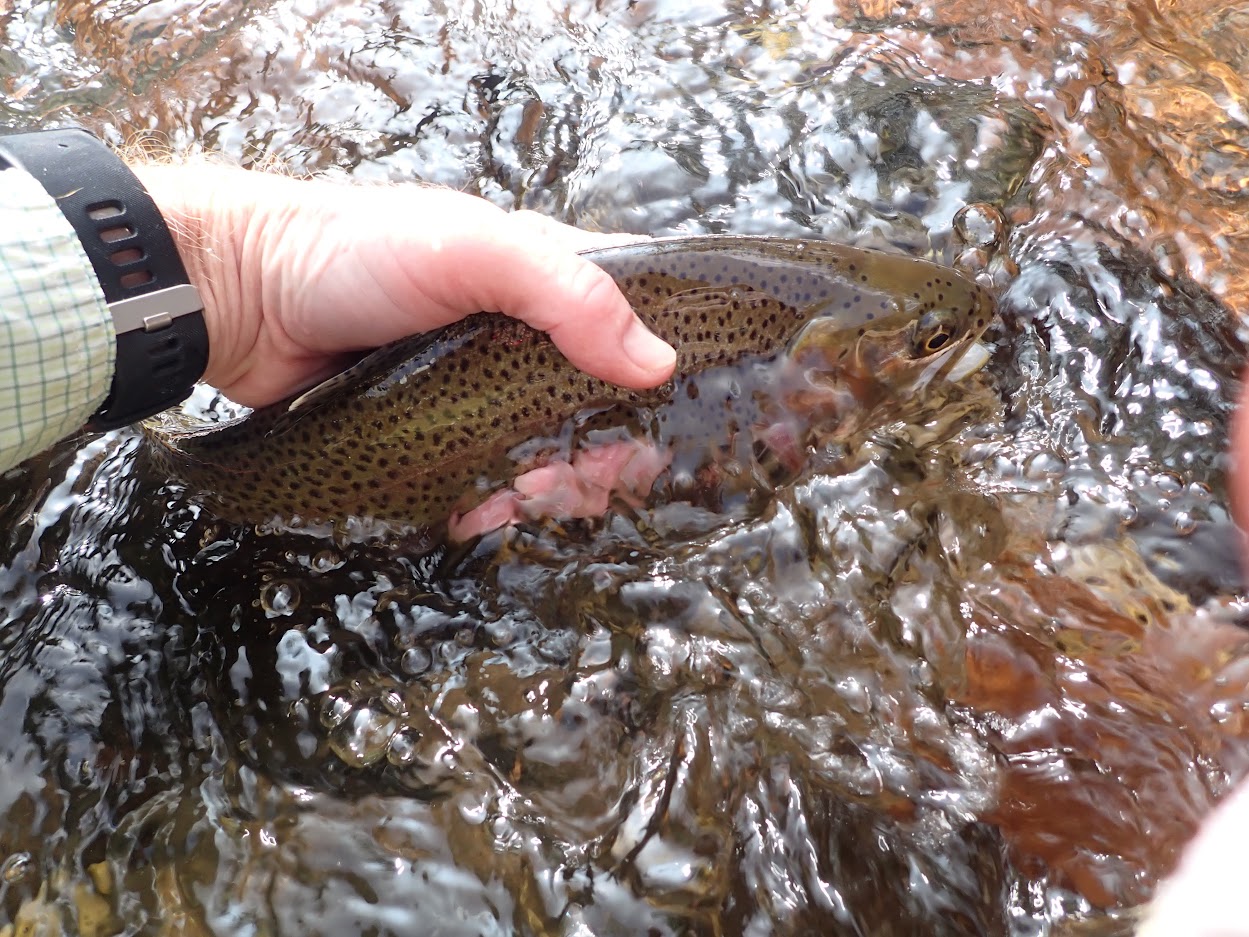 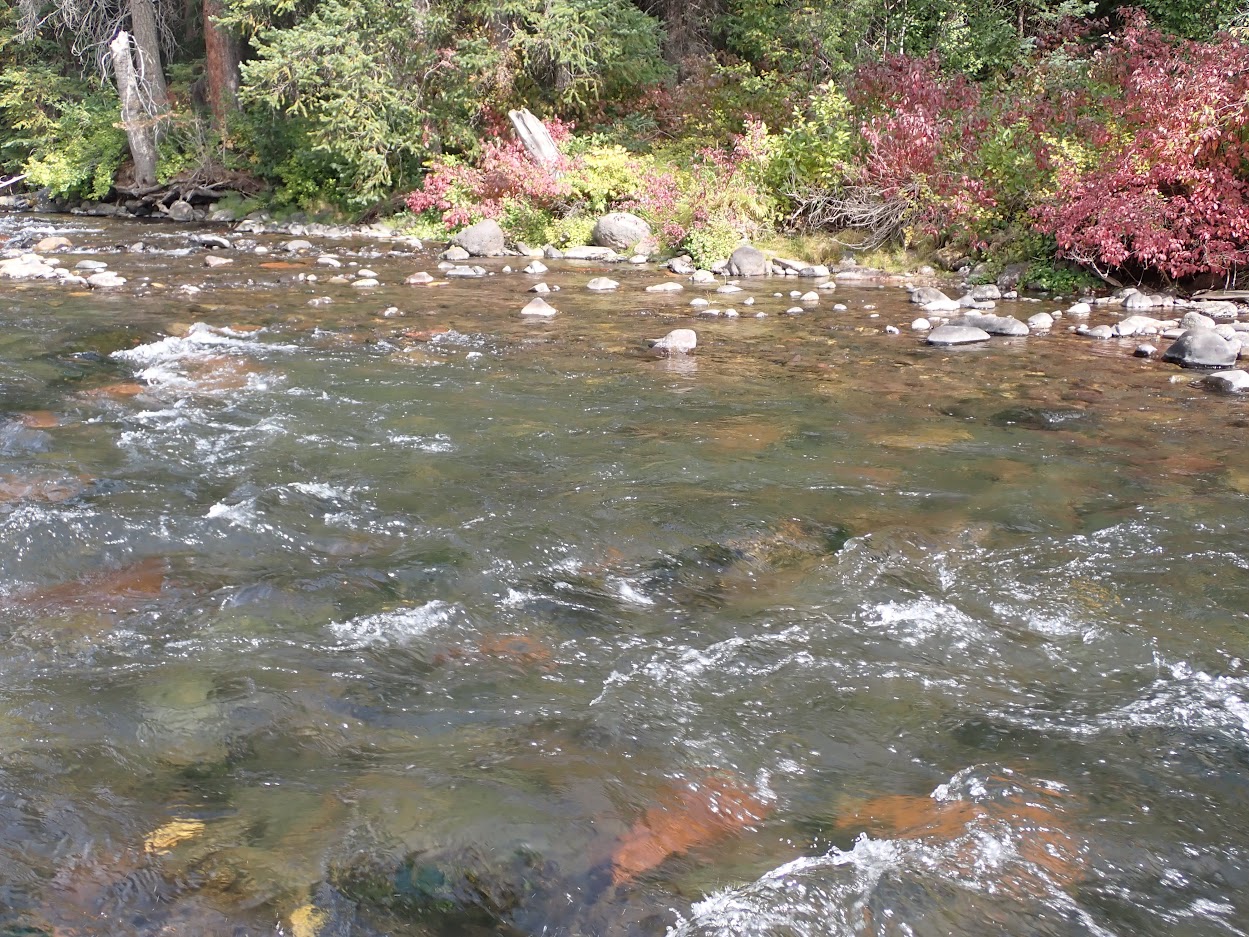 Surely Home to a Fish

Similar to past years on this section of the White, long riffles and pockets with depth in excess of four feet produced. Toward the end of my time on the river I bumped into two other anglers, so I circled around them and continued upstream. The last hour was very slow, and I failed to increase the fish count, although I was teased by two decent temporary hook ups in the final pool. Monday represented a fine start to my week in the Flattops during 2020. Fifteen fish landed in 3.5 hours is an above average catch rate, and the three bruisers in the late afternoon were much appreciated surprises. Monday afternoon boosted my appetite for more success during the remainder of the week.