I made two new flies from Charlie Craven’s book, so I decided to flip through my fly tying book by Scott Sanchez that I purchased at the Fly Fishing Show several years ago. The mega beetle caught my eye as a nice foam body fly to add to my arsenal. I fish with Chernobyl ants quite a bit, and the mega beetle appears to be a truncated Chernobyl ant. This fly may prove to be a good option in instances when fish refuse the Chernobyl ant with its smaller size and a shape more closely approximating natural beetles. 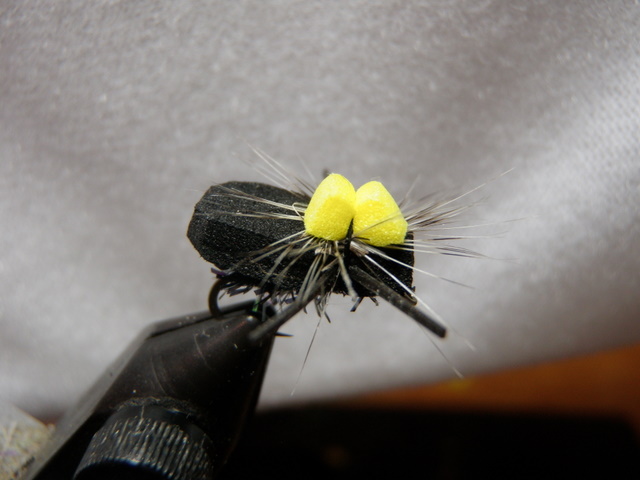 I tied three mega beetles on Sunday and then added two more on Monday. The trickiest part of this fly is winding the parachute hackle around the strike indicator on top of the beetle. I learned with practice that it doesn’t pay to be delicate with this operation, and the fly benefits from lots of tugging of the hackle and prying up the indicator. I’m sure beetles without hackle would work just as well, but I’m the type that always follows directions. 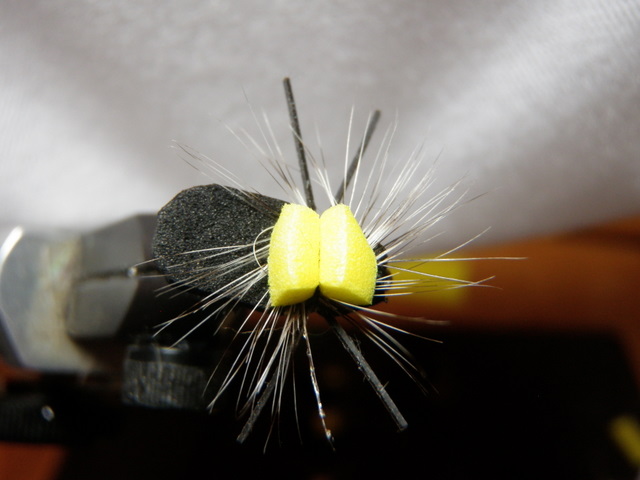 Top with Parachute Around Indicator