How can a fisherman ignore the allure of an iron sally? In my opinion this fly is the most attractive nymph ever invented with its abdomen constructed with woven gold ultra wire and black crystal flash strands. Using the remnant crystal flash strands for legs and the associated movement and flash was another creative stroke of genius. 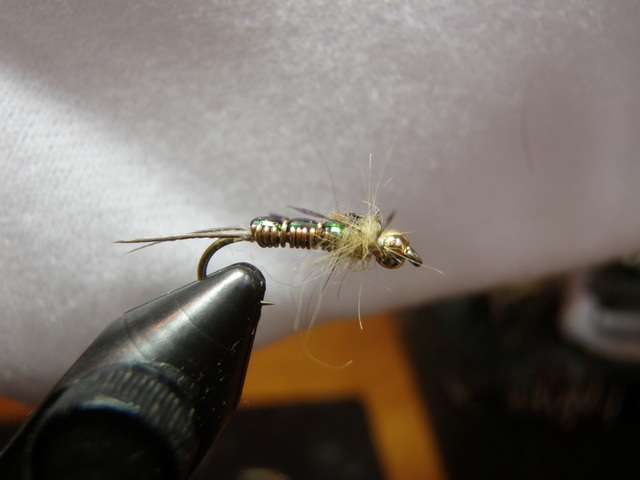 I first became acquainted with iron sallies when my friend Dave Gaboury and I booked a day of guided fishing with Taylor Edrington of Royal Gorge Anglers on private water on the Arkansas River around the middle of September 2012. After experiencing some solid fishing with the iron sally during this fun day on the river, I resolved to tie some for the 2013 season. I watched an excellent YouTube video demonstrating how to manufacture these beauties, and then headed to my favorite local fly shop to purchase additional necessary materials – gold ultra wire and black crystal flash. 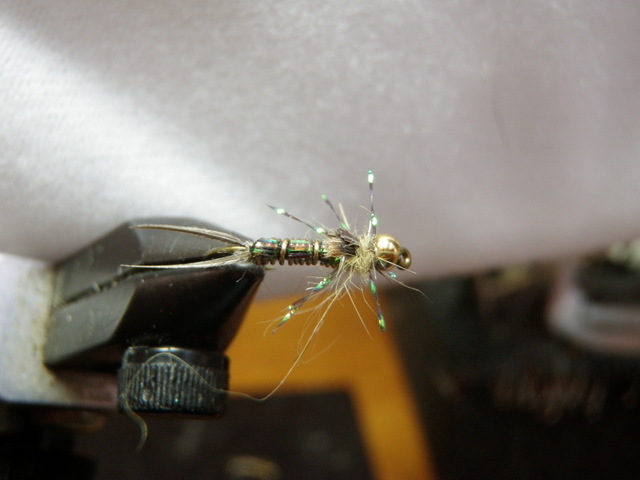 Last winter I tied five prized iron sallies and upon completion decided to add them to my flybox rather than convert them into earrings for my wife. They are that pretty. I fished the pre-snowmelt season without ever touching my new creations, but during a trip to the Arkansas River in early August when I was struggling to find a productive fly, I spotted the iron sally in my fleece pouch. It was a warm day with no cloud cover, and I was landing an occasional fish, but nothing seemed to produce any consistency. The iron sally is intended to imitate yellow sally stoneflies, and I spotted several fluttering above the river, so I decided to experiment with the glittering nymph. The decision proved to be a smart one as my catch rate improved, and I landed quite a few nice fish on the jewel on my line.

Now it is the winter of 2014, and I decided to produce ten more shiny iron sallies. They are completed and hang from my foam tool organizer near the window and reflect light from all angles. I can’t bring myself to stash them in my flybox because they are so beautiful.