On Friday as Jane and I searched for non-fishing activities in the Driftless Area, we discovered a bicycle ride to the north of the Westby House Inn. The trail began in Sparta and ended in Elroy, and it was named the Elroy – Sparta State Trail. According to the literature it was the first rails to trails project in the United States. It contained three tunnels, but the main attraction to us was the rails to trails designation. In an area characterized by numerous rolling hills and deep valleys, the idea of a gradual railroad grade was very inviting. 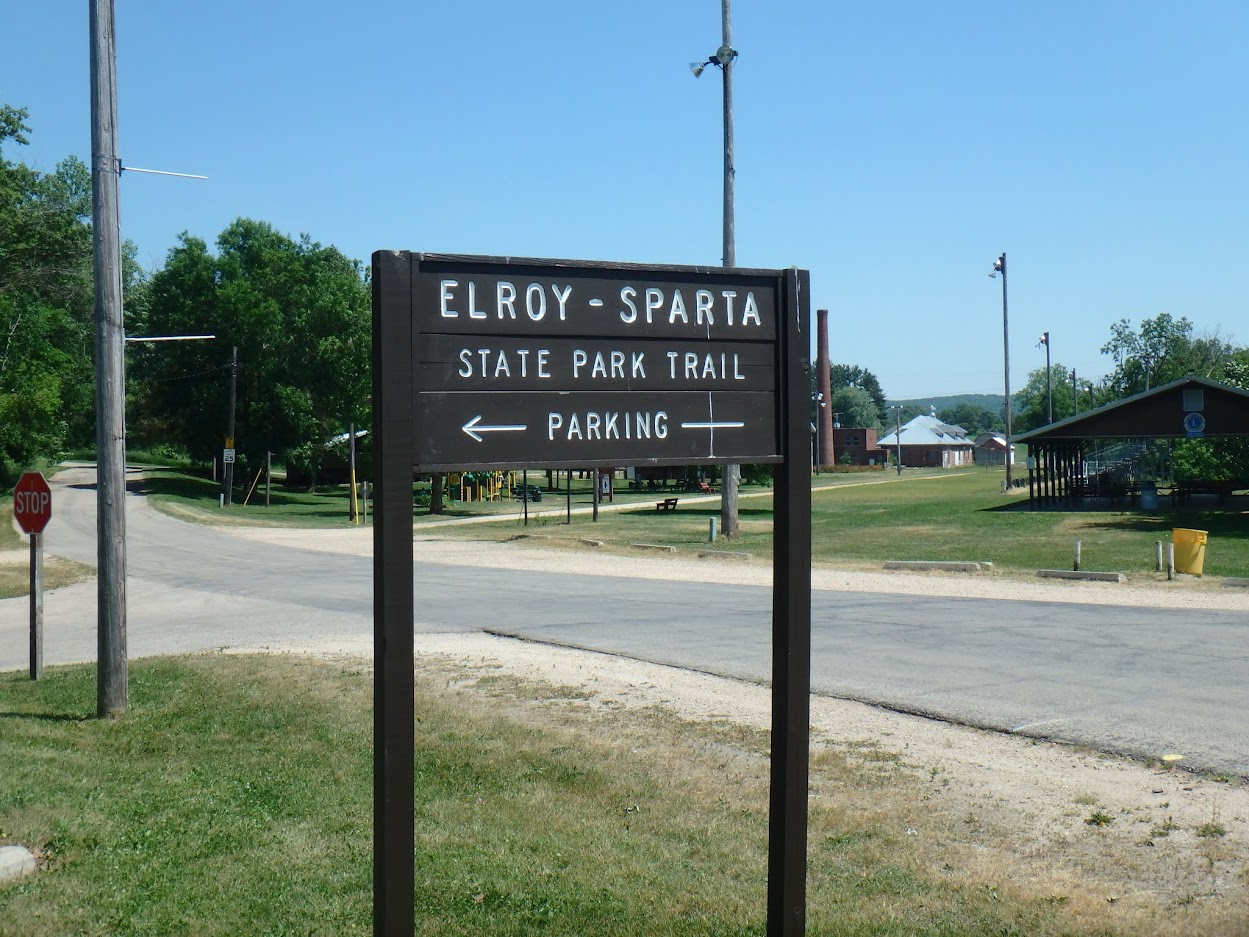 We Found the Rail Trail

The trail passed through a town called Norwalk that was just north of Ontario, WI, so Jane and I decided to access it at that point and then complete an out and back that would take us through a tunnel near Wilton, WI. We arrived at the Norwalk Park and found an open parking space next to the trail. I mentioned the wind in my report on Camp Creek, and it did not relent during our travel to the bike path trailhead. As we zigzagged across the rural countryside, we observed waving tree branches and flags fluttering in the stiff breeze. We considered canceling the ride, but as we unloaded the bicycles, we realized that the wind was blowing from the southeast. We took consolation in the fact that the wind would be in our face on the outbound leg, and we would benefit from a tailwind on the return. We jumped on our bikes and began to peddle. 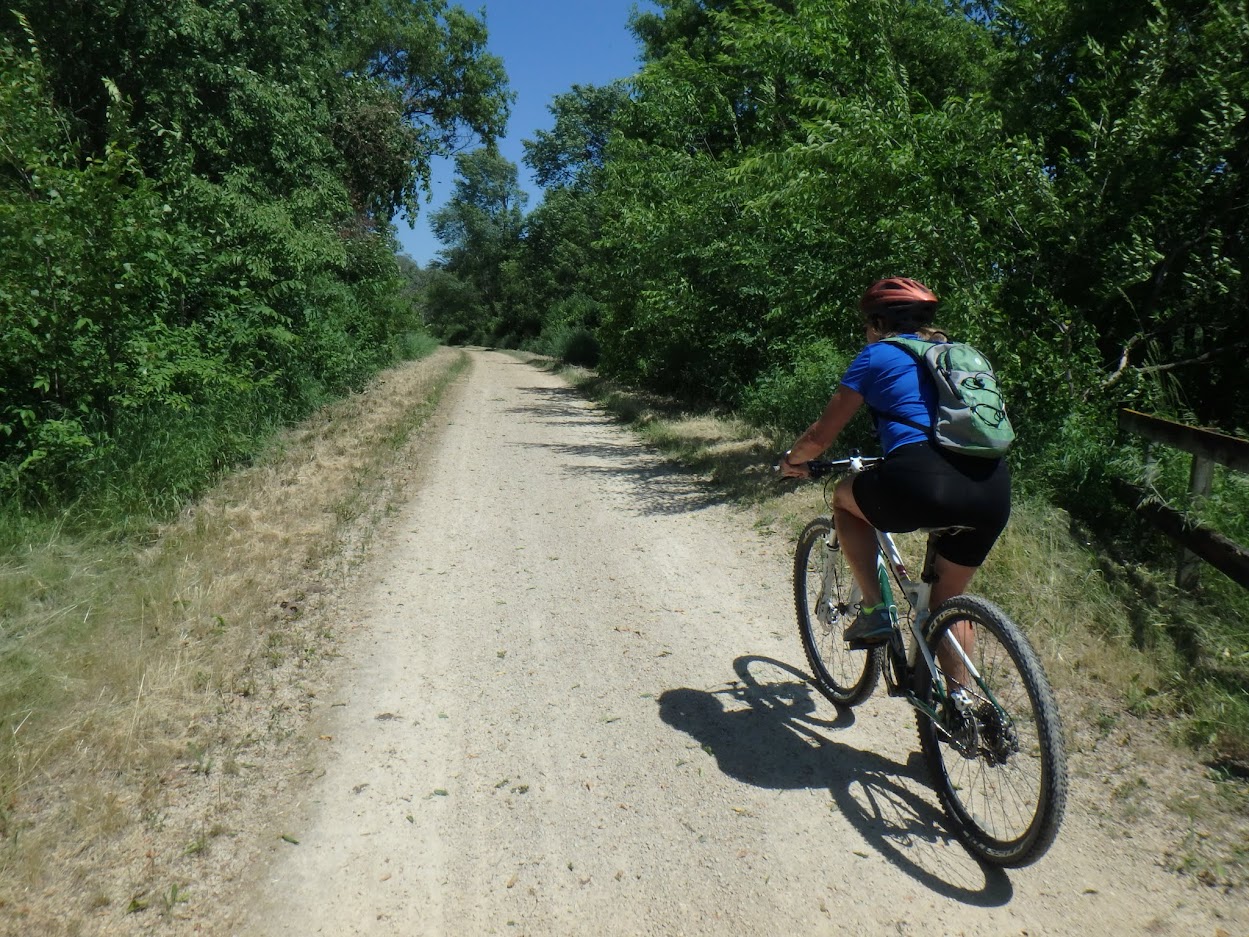 The surface of the trail was crushed limestone gravel, and heavily wooded surroundings provided shade for most of the ride. This was a welcome circumstance for two cyclists pedaling with temperatures near ninety degrees. After four miles we approached the highly anticipated tunnel. Neither of us expected the complete darkness that greeted our progression to the midpoint of the .5 mile tunnel, and I wore my prescription sunglasses. I am essentially blind without my prescription lenses, so I maintained close contact with Jane through the middle section. We were both amazed at the refreshing cool air that settled in the dark underpass, and our exit on the east side shocked us back to the reality of the hot outside world. 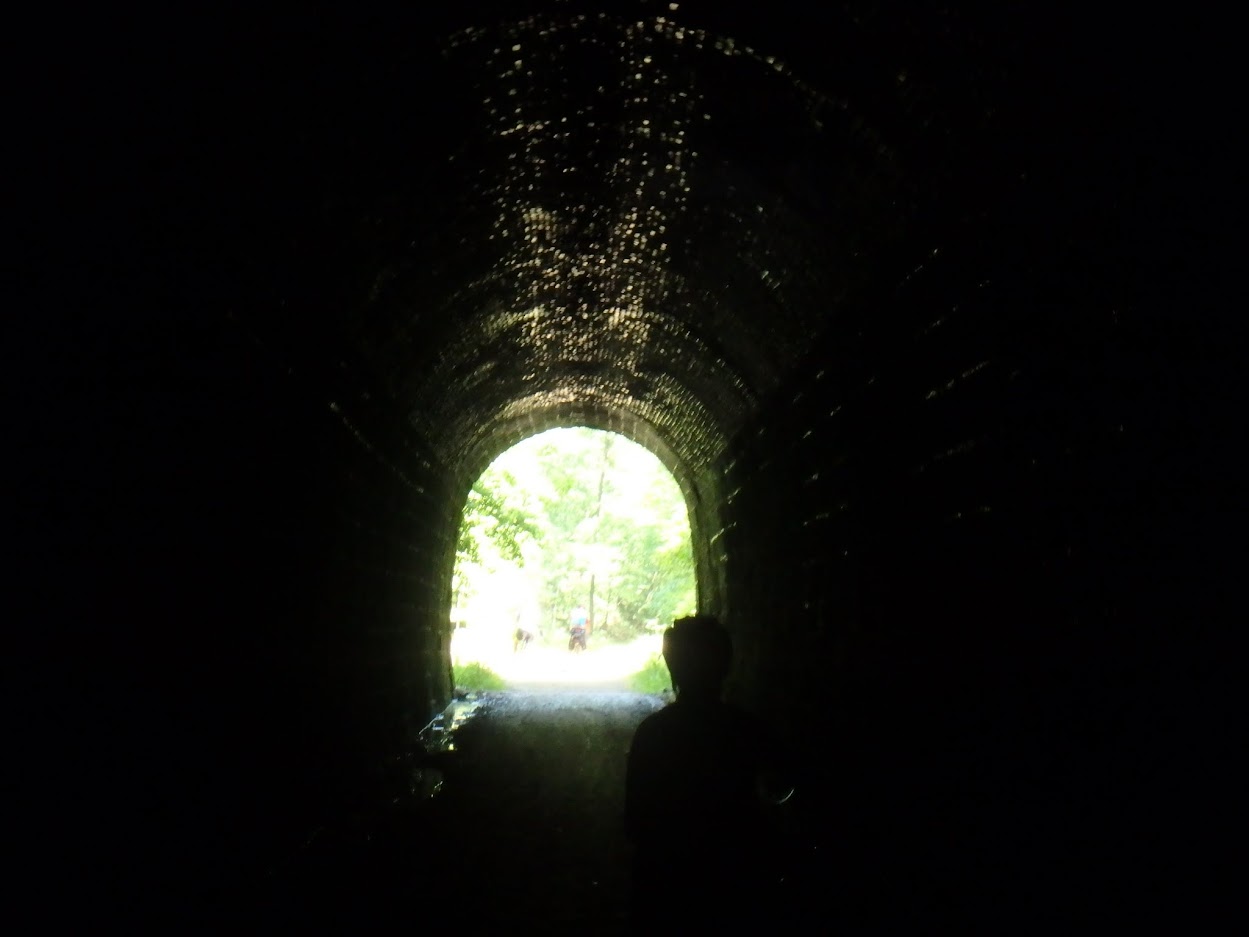 The End Is Near

We passed the small town of Wilton at the ten mile point, and just beyond Logan Avenue we turned around and reversed our direction back to Norwalk. Visibility did not improve on our second pass through the tunnel, but me survived and pedaled into the parking lot having accomplished the twenty mile round trip. Riding up and down the gradual grade of the railroad bed while seeing the sharply rolling hills and valleys north and south of the trail was certainly a relief on a warm late spring day. 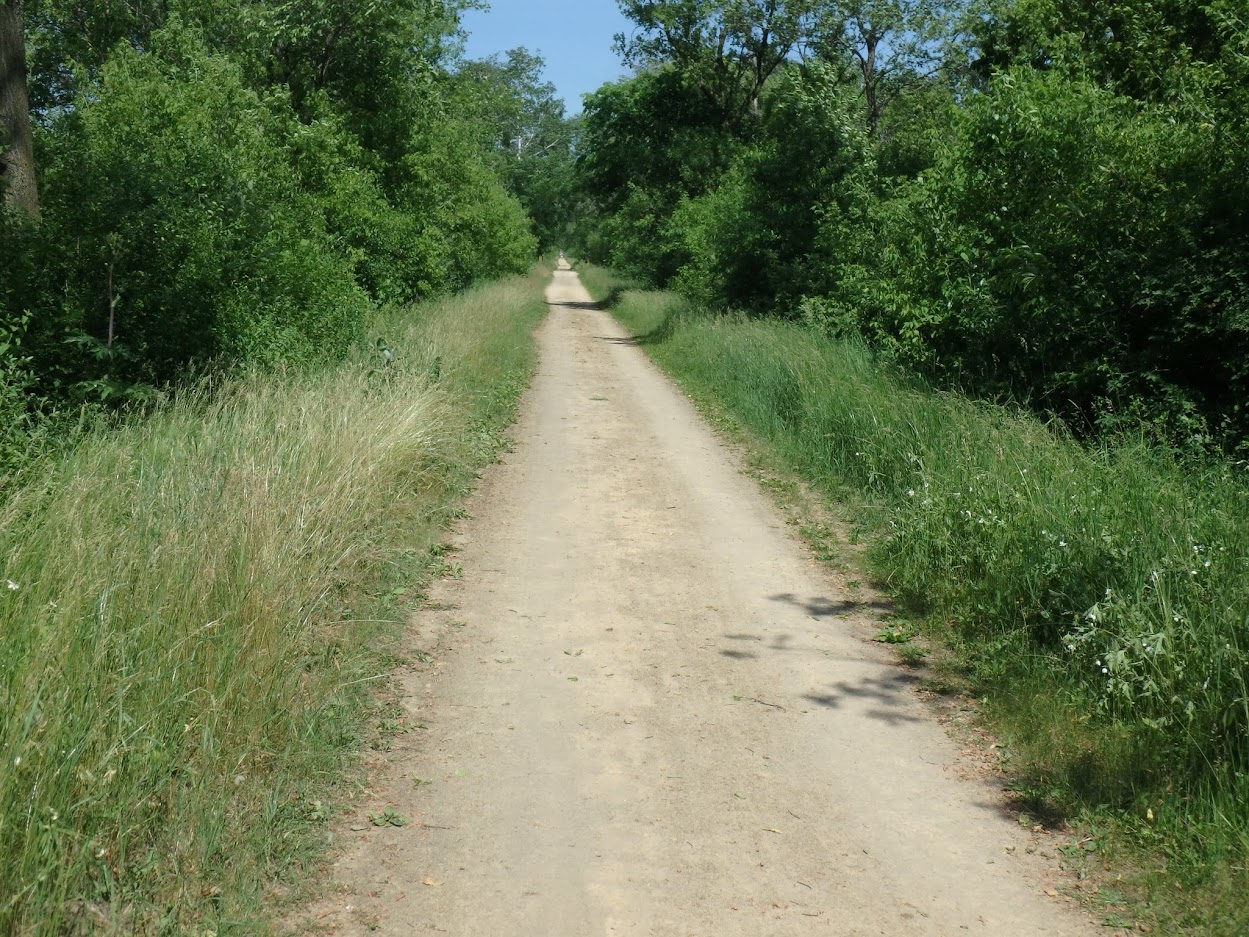 We returned to Westby and quickly showered and changed, before we drove to Viroqua for an early dinner. For Saturday night we chose the Viroqua Food Co-op deli counter in order to save time. The time banked at dinner translated to more fishing time for Dave on Saturday evening on Bad Axe Creek. My dinner consisted of a pastrami sandwich and gypsy soup, and it was one of the best meals I consumed on the entire road trip.