During my visit to Staunton State Park on 05/23/2022, I stopped at the visitor center to obtain a 2022 annual parks pass. While the park employees sorted through the process to issue a pass for someone who already paid, but the pass got lost in the mail, the young woman provided me with a map of the park and pointed out the extended road that now made hikes to the western side of the park more accessible. This aroused my curiosity, and on Wednesday, June 8, Jane and I completed the 7.2 mile out and back hike to Elk Falls. Staunton offers stunning scenery along the trails, and the spectacular Elk Falls at our turnaround put an exclamation point on our venture. I underestimated the time required to complete the longer than expected hike, so when we returned to the car, I debated whether late afternoon fly fishing was worth the additional effort. Ultimately, I decided that I could add an additional 1.5 hours of fishing to my day, and Jane and I made the one mile hike to the ponds. Jane claimed a picnic table to read, while I descended to the lower pond. I hoped to position myself in the northeast corner, where I enjoyed significant success on  5/23/2022, but two pairs of anglers preceded me, so I defaulted the rocky dam breast to begin my pond fishing effort.

I began my fly fishing with a peacock body hippie stomper and a size 14 olive body deer hair caddis, but after twenty minutes of very focused casting the fish count rested on one, as an aggressive stocker attacked the hippie stomper. I also observed several looks and follows to the hippie stomper, and the caddis seemed to be totally ignored. With a limited amount of time remaining, I decided to implement a change, and I replaced the caddis with an ultra zug bug on a 2.5 foot dropper. 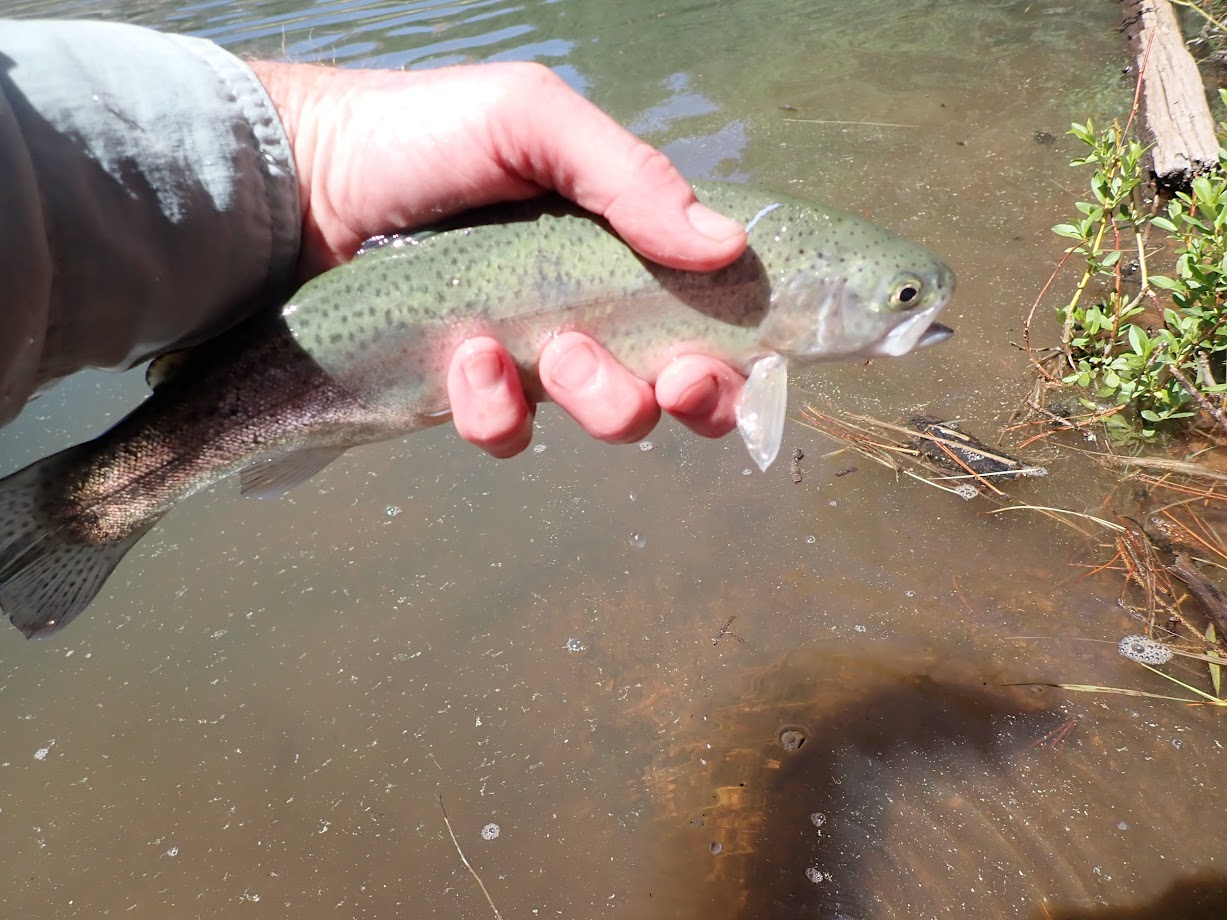 I began to cast the combination twenty-five to forty feet into the lake, and after a move along the shoreline, the catch rate improved. I landed three additional rainbow trout, as they snatched the ultra zug bug, when I executed short rapid strips to my line. I was feeling very confident, but the good vibes were interrupted, when I hooked a tall evergreen tree on a backcast. The snag was too high to reach, so I applied direct pressure and snapped off the stomper and UZB. I was not a happy camper, and I strolled over to the picnic table that Jane occupied and sat down to rig my line anew. As I did so, I sat on my net and broke the frame at a place that was already cracked. I was not happy. 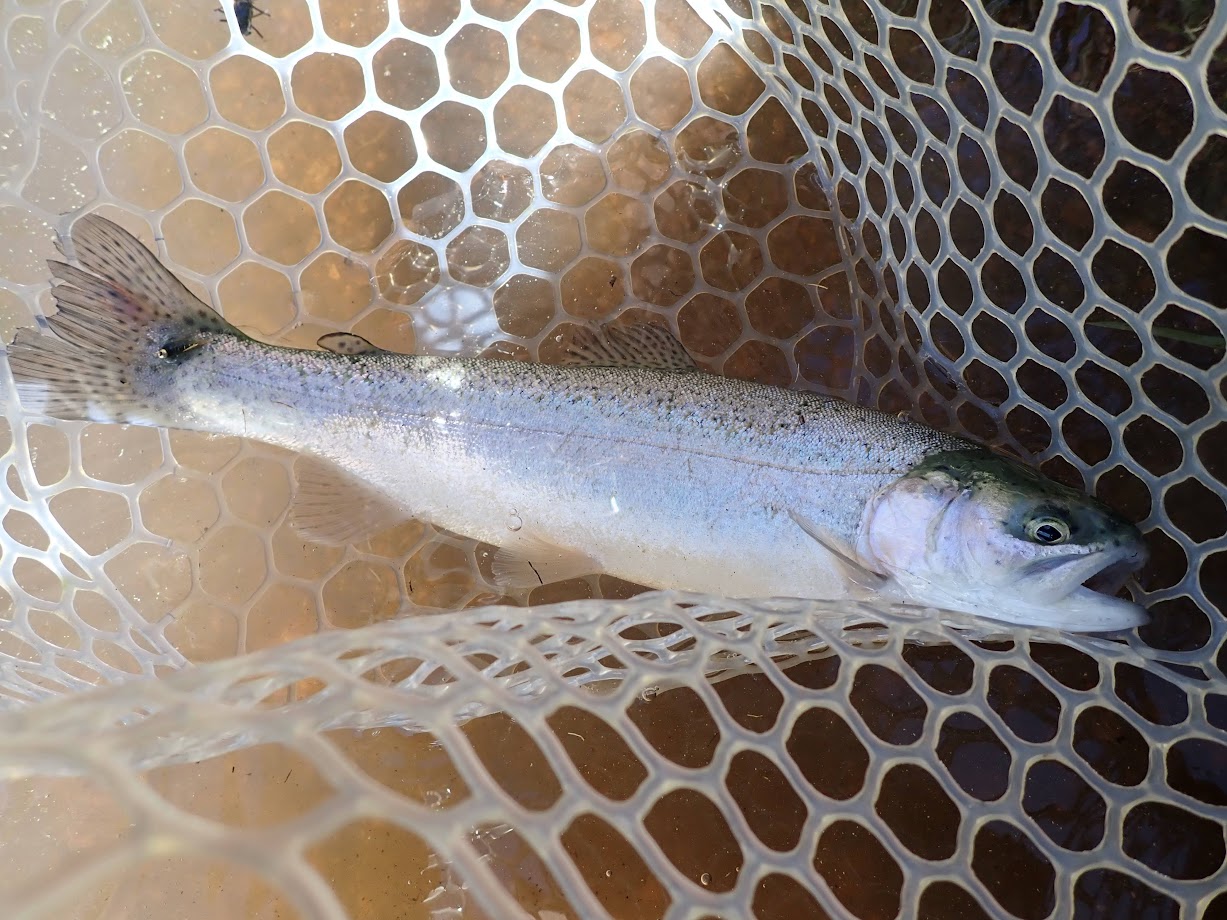 The Last and Best

For the remainder of my time on the pond I continued with the hippie stomper and UZB dry/dropper approach along with the cast and strip routine, and I moved the count to seven, before I called it quits at 4:00PM. The two pairs of anglers left, and this enabled me to move along the eastern shoreline to the position that I originally targeted, and it seemed that the fish density improved in the area. Along the way I lost another hippie stomper, and I resorted to a Chernobyl ant as my top fly, and the fish did not seem to mind, as they were focused on the ultra zug bug.

Seven trout landed in 1.5 hours of fishing was a nice accomplishment, and it only peaked my appetite for more time on the Davis Ponds. Perhaps next week I will repeat the trip.