Location: Between Kremmling and Dotsero

On July 7, 2020 I floated the Colorado River with a guide from Cutthroat Anglers, and my friend, Dave G., and I enjoyed a wonderful day. Dave G. scheduled a second trip for July 24, and I agreed to once again join him. Reed Ryan was again our guide. How would my second outing on the middle Colorado compare to my first experience? Read on.

For this adventure I drove to Dave G.’s house and stayed overnight, and this enabled me to be closer to our starting point on Friday morning. As we departed Dave G.’s house, heavy clouds dominated the sky after some significant rain showers. The weather forecast predicted showers in the morning and a chance of thunderstorms in the afternoon. In short, I anticipated great conditions for fish but a high probability of getting wet for humans. 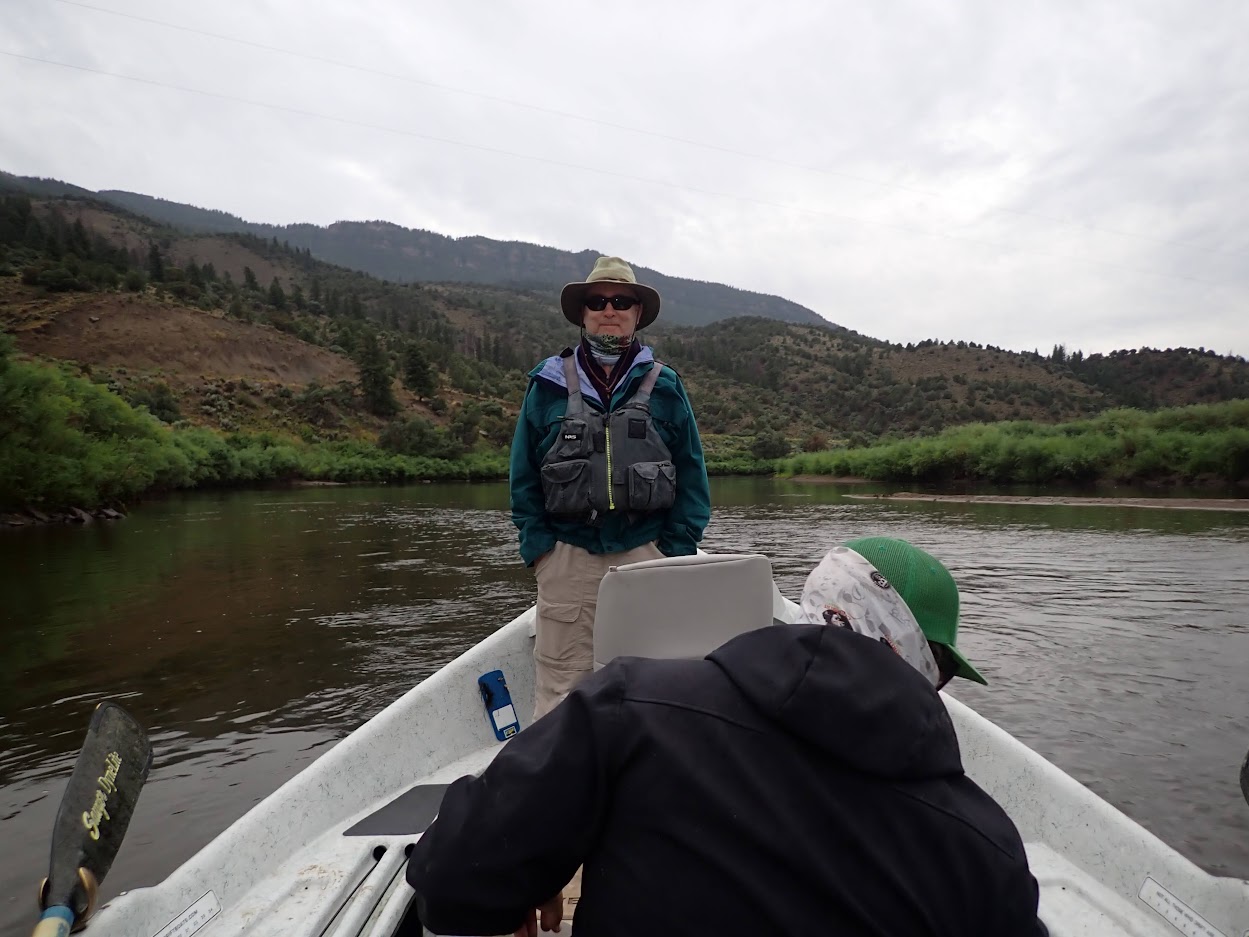 Dave G under Overcast Skies in the AM

When Dave G. and I arrived at the launch site, the rain stopped, but dark clouds in the western sky portended additional precipitation. With this possibility foremost in my mind I opted to wear my wading socks and wading boots rather than Chacos in order to keep my feet dry and warm. In addition I slid into my rain jacket and stashed some rain paints, that Dave G. loaned me, into the compartment underneath my seat in the driftboat. I strung my Sage One five weight and handed it to Reed, and after some brief preparations the driftboat was bobbing down the river. 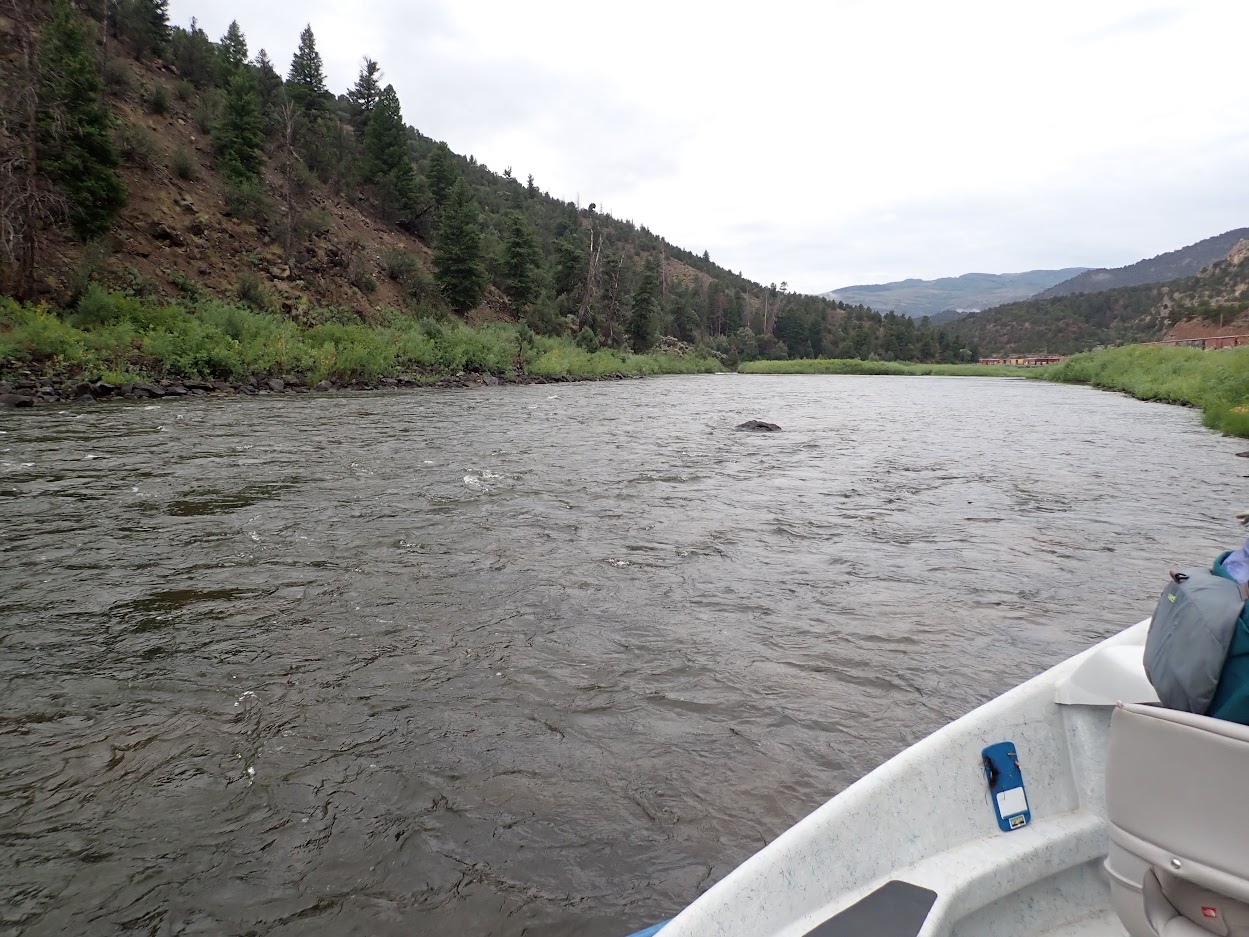 Not Another Boat in Sight

The flows were in the 900 CFS range, and the river was very clear. One boat manned by a man, who did not appear be fishing, departed ahead of us; but we essentially had the river to ourselves until noon, when we stopped for lunch. After lunch the canyon came alive with all manner of watercraft and groups of people. The weather was a major contributor to this dichotomy of river traffic, as dense clouds ruled the sky in the morning, while lengthening periods of sunshine arrived after one o’clock.

Similar to our float on July 7, Reed configured our lines with double dry flies for most of the day. I tried a dry/dropper for a short while around mid-morning, and this change in approach delivered one average sized brown trout. Immediately after lunch I deviated in a substantial way from my conventional practice, when I agreed to allocate thirty minutes to streamer fishing. Reed advised that the cloud cover created good streamer conditions, and I was interested in learning new techniques. I only lasted twenty minutes, as my partner Dave G. began to connect with fish in rapid fire fashion. I, meanwhile, registered one very brief tap and a couple follows. Reed did impart some excellent pointers in a very brief amount of time, and I hope to leverage the instruction for increased hours of stripping over the remainder of the season. 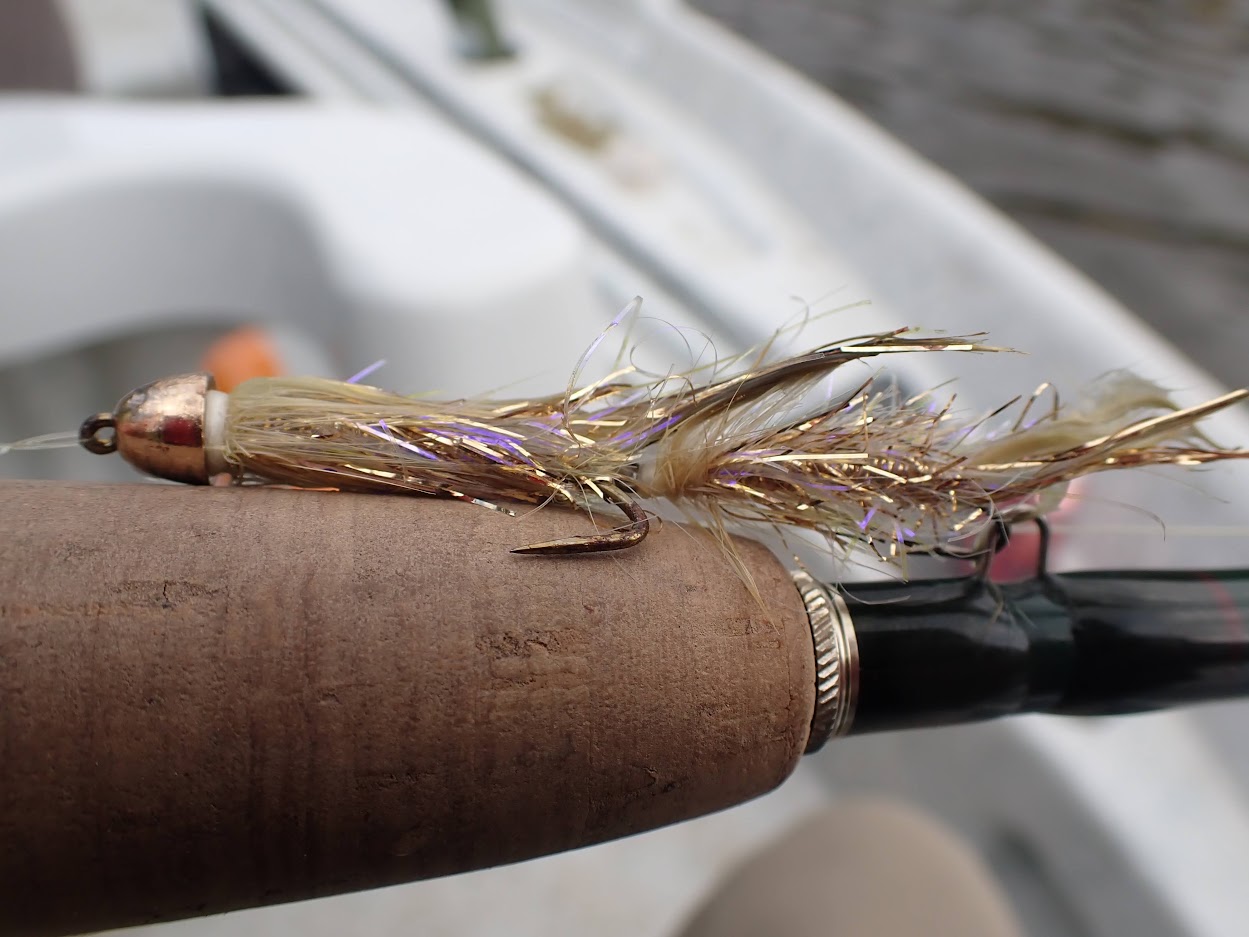 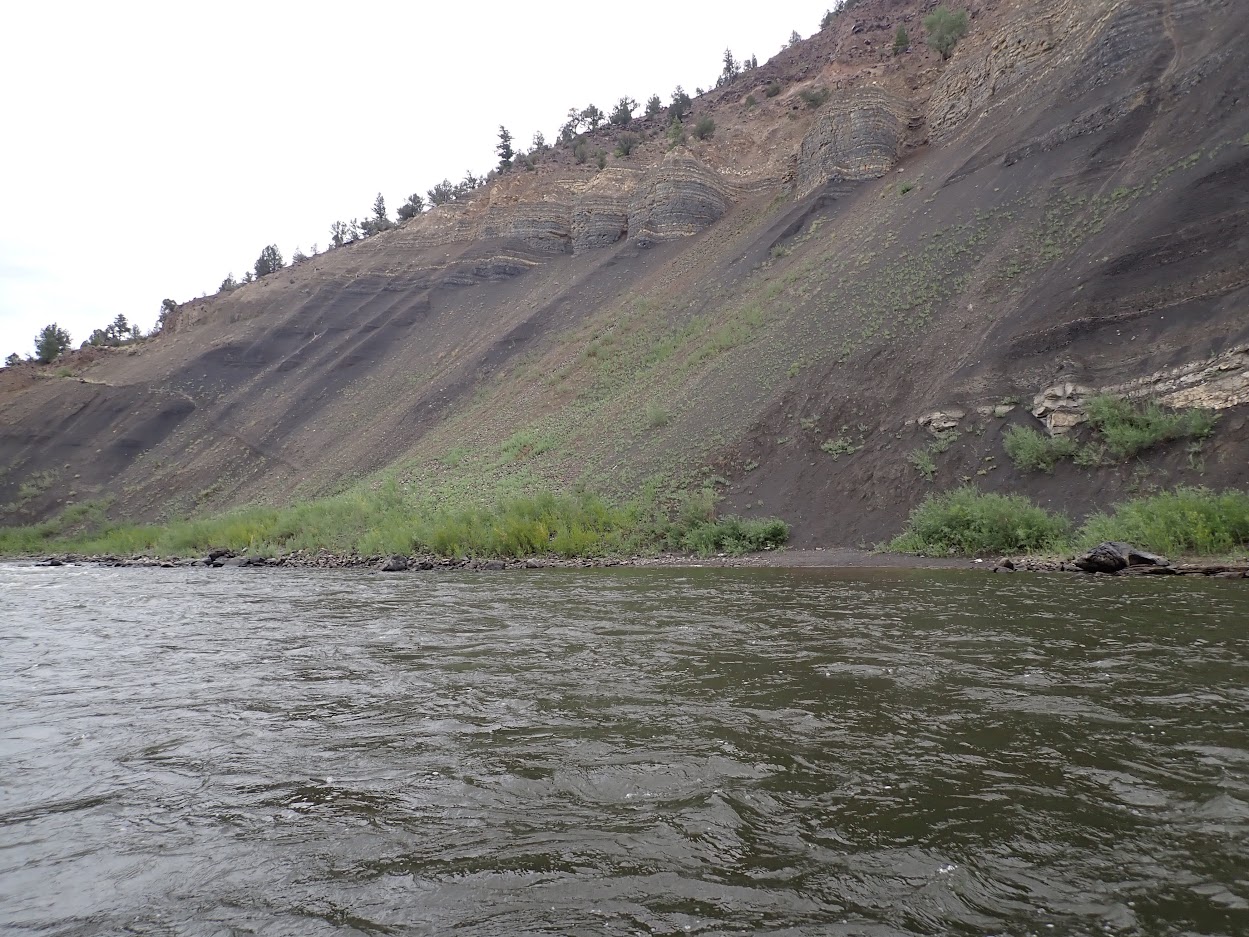 During our previous float I occupied the bow of the boat for our entire trip, so Dave G. held down the front position for most of our time on the river on Friday. At 1:30 his rehabilitated arm and shoulder began to send signs of overuse, so we switched positions, and I enjoyed the bow for the last 1.5 hours. I felt the pressure of being the only active fisherman, but I managed to add five trout to the fish count. 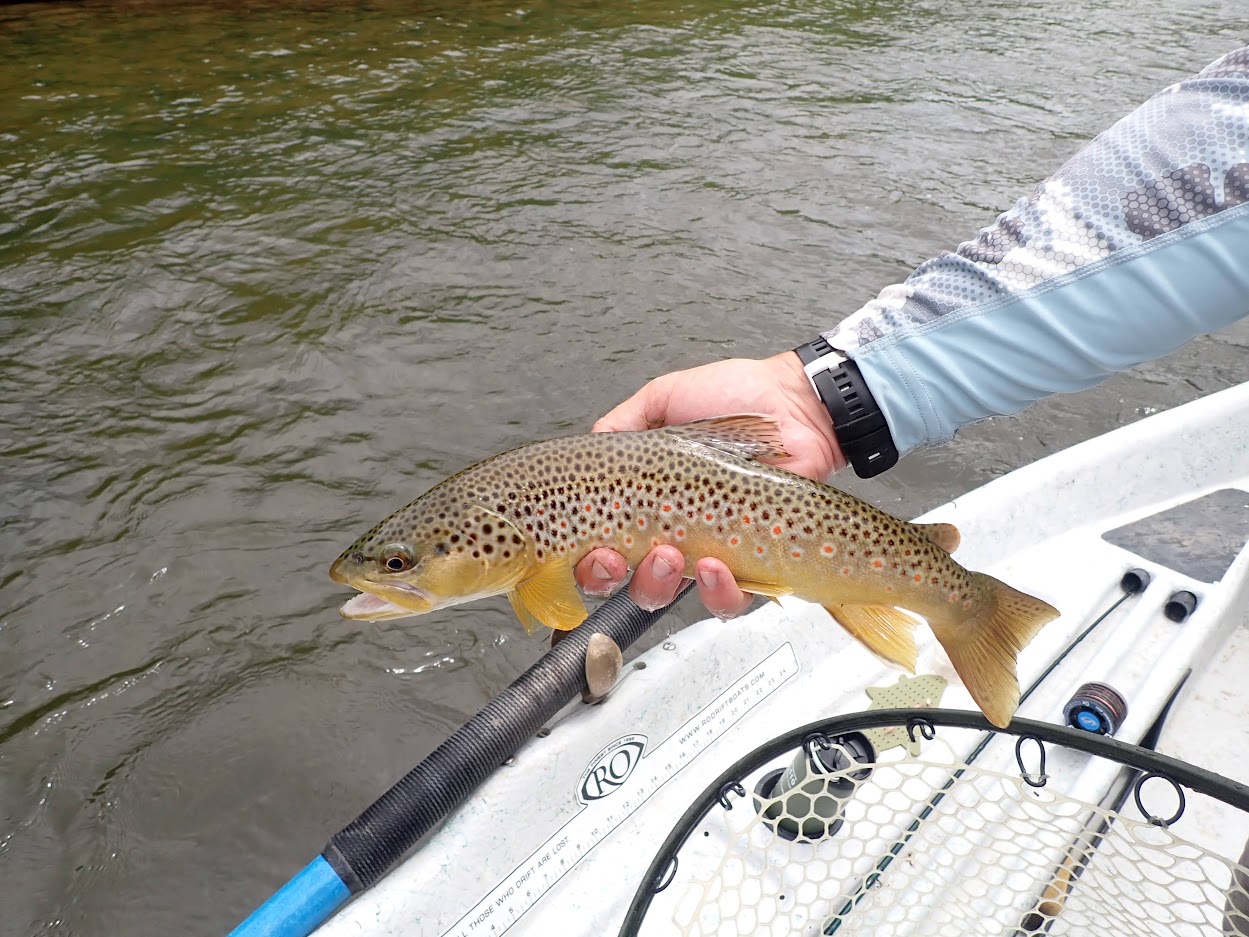 One of My Better Fish

The water was a bit lower than July 7, and in spite of the excellent cloud cover, I sensed that the Colorado River trout were much more wary and deliberate in their pursuit of food. Despite this hindrance I landed seventeen trout during seven hours of fishing. I also missed a significant quantity of fish due to late hook sets, and a fair number of long distance releases were also part of the equation. The opportunity for an even more impressive day was available thanks to Reed. Dave G. also racked up an impressive double digit day.

The average size of my fish was below July 7, but seventeen fish landed from a population of more wary fish that saw an additional two weeks of pressure was exceptional in my opinion. Quite a few of the trout were in the twelve to fifteen inch range, so I do not wish to convey, that I was catching small fish. I also believe that fishing from the rear of the driftboat is a handicap compared to being in the front, so that was another factor impacting my fish count. Over the course of the day we concluded that the most productive locations were bands of moderate depth and medium current velocity near the bank, and we concentrated much of our casting to those places. 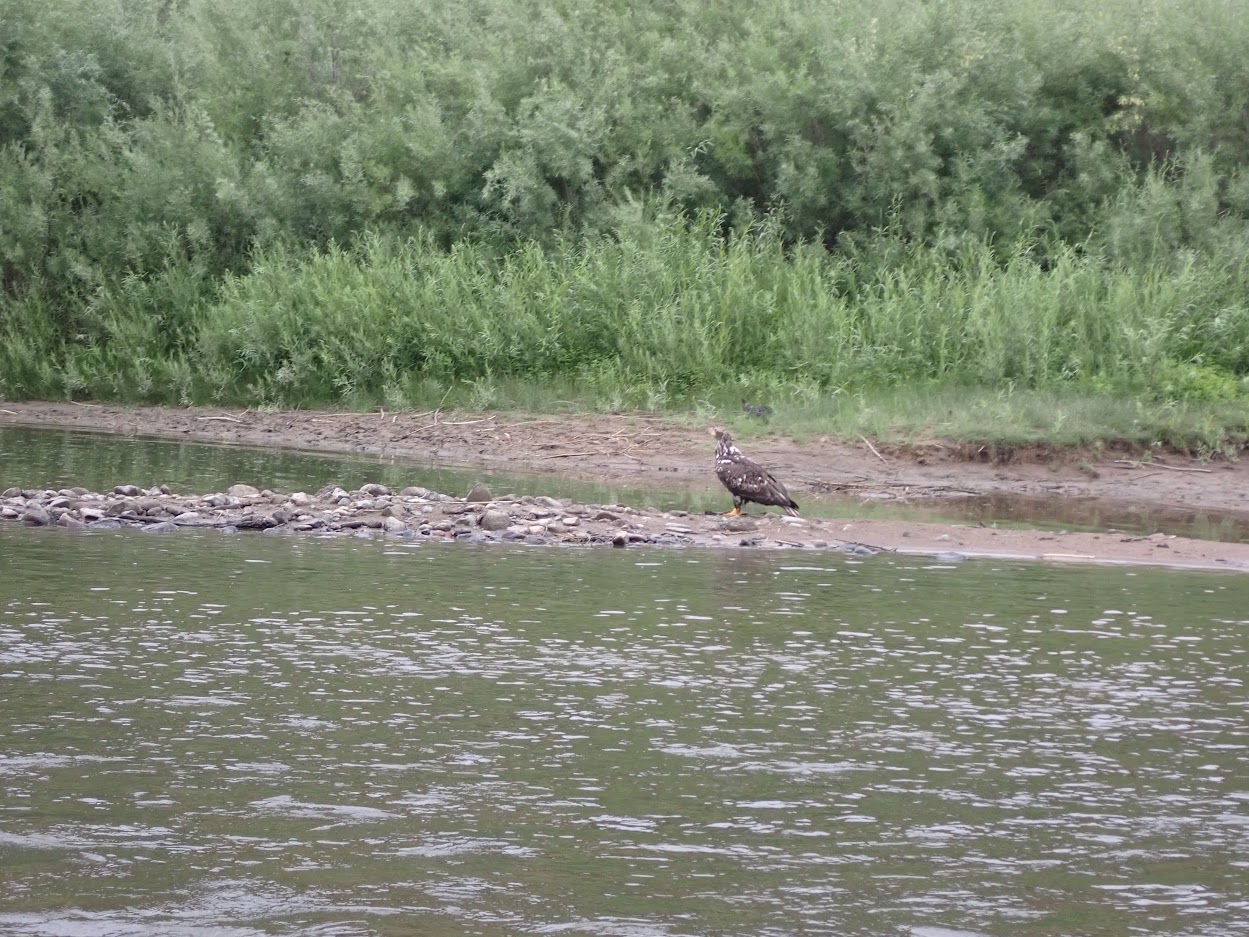 Our Guide Said This Was an Eagle

Setting aside the numbers, I once again had a blast on the Colorado River. The scenery was spectacular and the guide was an expert and very adept at maneuvering the boat to our advantage. We fished large visible dry flies to all the attractive spots, and we were steadily rewarded with wild trout. I sampled streamer fishing for a brief period and gained insight into tactics that produce with this alternative approach to fly fishing. Friday, July 24 was an absolute success, and a return trip is a definite, if not this year then certainly 2021.