My fly fishing outing today, December 1, 2021, simply confirmed why I am not a fan of cold water fishing, even though the air temperature where I was fishing was in the low sixties. I spent two hours on Clear Creek in relative comfort, and I failed to land a single fish. In fact, I think I saw one fish during my time on the water, and even that could have been a figment of my imagination. I am forced to conclude that winter fishing outings should be directed toward tailwaters and streams that drain wide  and open valleys that enable the sun to penetrate.

I played pickleball in the morning, and by the time I showered and loaded the car and drove to Clear Creek Canyon, the clock displayed 12:30PM. I immediately munched my light lunch, and as I observed from the car, the wind seemed to represent an annoying factor. Although it remained present throughout my two hours on the stream, it seemed to subside to some degree, and other than a few tangles, it was not a significant reason for my lack of success. 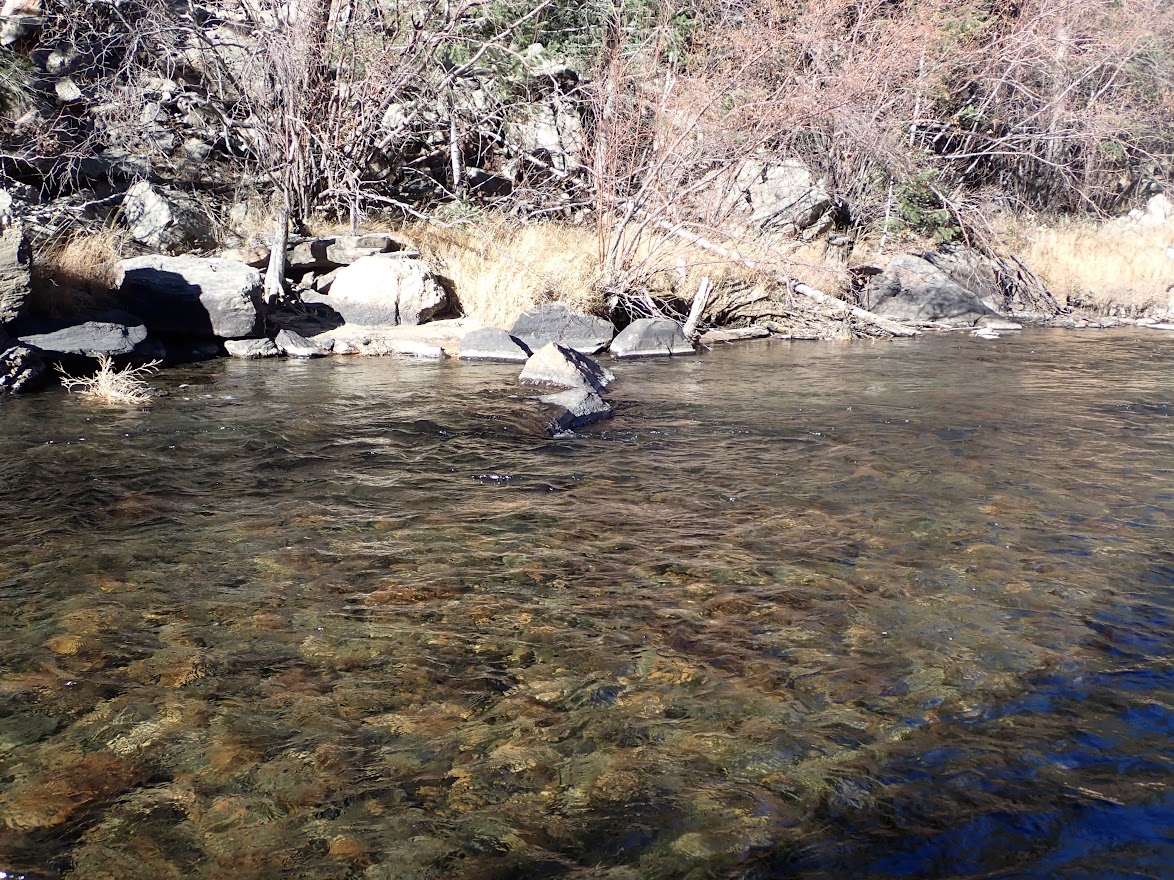 I rigged initially with a yellow fat Albert for visibility and buoyancy, and then I attached a beadhead hares ear nymph and soft hackle emerger. The fat Albert was simply a high floating indicator. After a short amount of unsuccessful fishing, I swapped the soft hackle emerger for an ultra zug bug, and eventually I changed out both nymphs for a 20 incher and super nova PMD nymph. None of these offerings aroused interest. 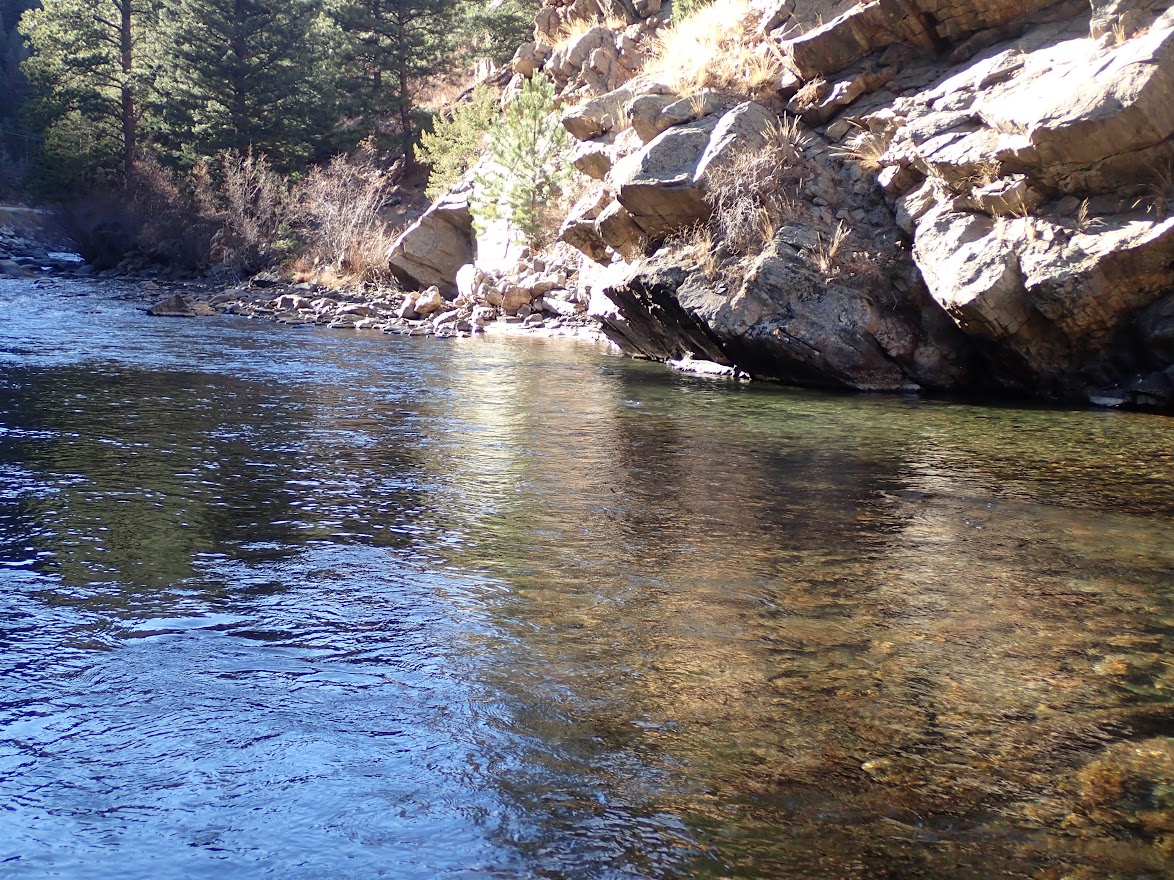 Love the Look of the Run Along the Rocks

I progressed steadily upstream along the roadside bank and covered all the prime pools, before I retired at 2:45PM. Most of the articles I read about cold water fishing emphasized that the fish tend to congregate in deep slow moving pools, so I was quite selective about the target areas for my casts. I dwelled longer in slow moving shelf pools, and I paused to scan and observe the prime spots before casting; however, I never sighted a fish. At one point I waded through the tail of a deep pocket to unsnag my flies, and this was the one instance, when I thought I noticed a fish. 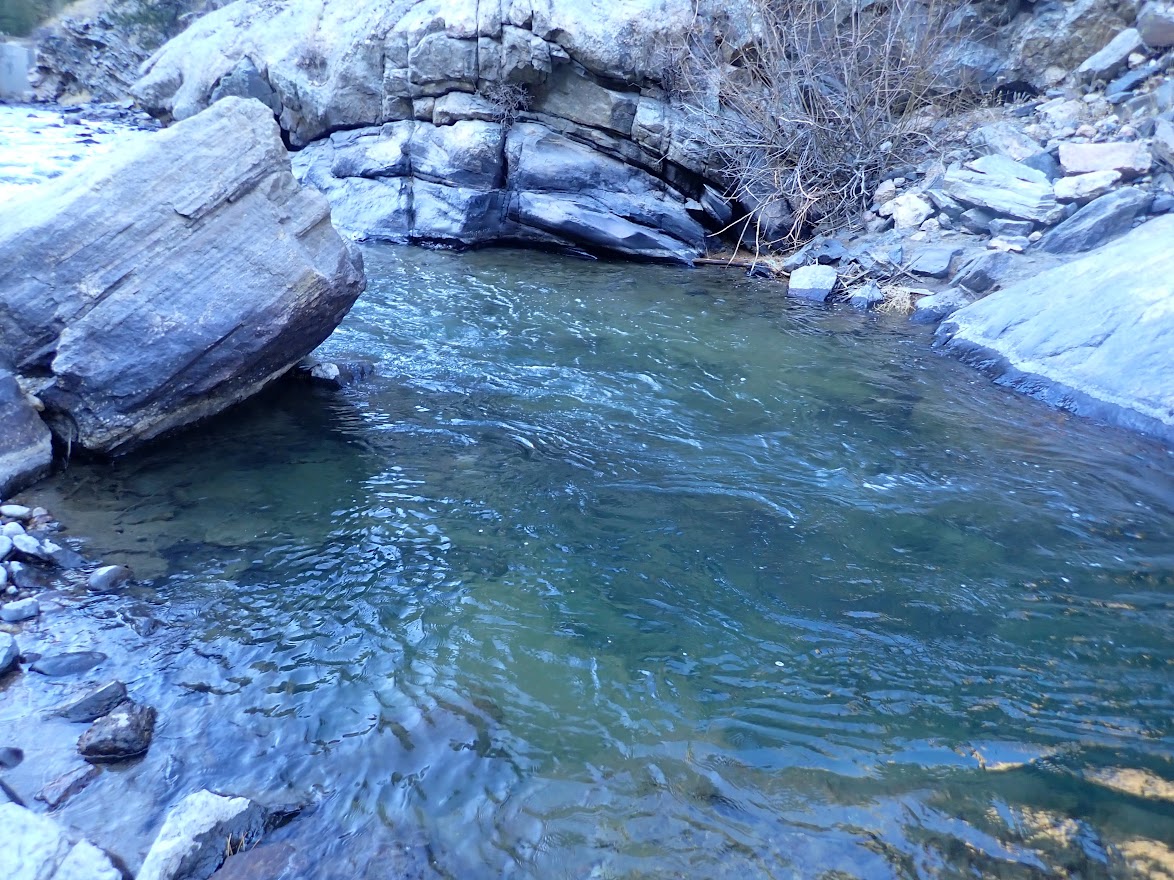 Money in the Summer

As three o’clock approached my right foot began to lose feeling, and I was surrounded by shadows just below the highway 6 bridge, so I called it a day. My confidence reached a low ebb, and I was thinking more about pickleball and Christmas shopping than fly fishing.