Mild fall temperatures continued into Friday during the first week of November, and I could not resist the allure of another day on a stream in Colorado. Colder temperatures next week along with 1.5 days in the hospital for another medical procedure on Tuesday added additional incentive to log another stream day in 2020. I spent my career in the field of accounting and finance, and this makes me an inveterate counter. Counting fish has become an ingrained habit, and I am unable to halt the practice. My cumulative fish count, as I drove to my fishing destination on Friday, was 897; so a third reason to fish was to reach the milestone of 900. During my many years of fly fishing I exceeded 1,000 landed trout four times, and that was my goal for 2020; however, heart surgery in April reduced my stream time during a time of the year, when I typically accumulate quite a few fish. Given the circumstances 900 trout was a reasonable compromise.

I chose to fish Boulder Creek in the City of Boulder, since I had a doctor’s appointment at 8:30AM, and I needed a close location. Temperatures within the City of Boulder tend to be similar to Denver and warmer than higher elevation locales such as South Boulder Creek and the Big Thompson. I arrived at a parking space by 11:30, and I quickly assembled my Orvis Access four weight and attached all my necessary fly fishing gear. By the time I was ready to fish, it was 11:45, so rather than lugging my lunch to the stream, I chomped it in the car. By noon I was positioned in Boulder Creek ready to coax at least three trout into my net. The Current Seam with Bubbles Produced

The creek was very low and clear, and it readily became apparent that stealth was a key to success. Another factor elevating my challenge was the low gradient of the section that I chose to fish, and long, smooth slow-moving pools were the prevalent physical condition. I tied a peacock hippie stomper to my line and then added an ultra zug bug, and within fifteen minutes I landed an eight inch brown trout that snatched the ultra zug bug in the upper portion of a long pool. Perhaps my concerns over difficult fly fishing were misplaced? 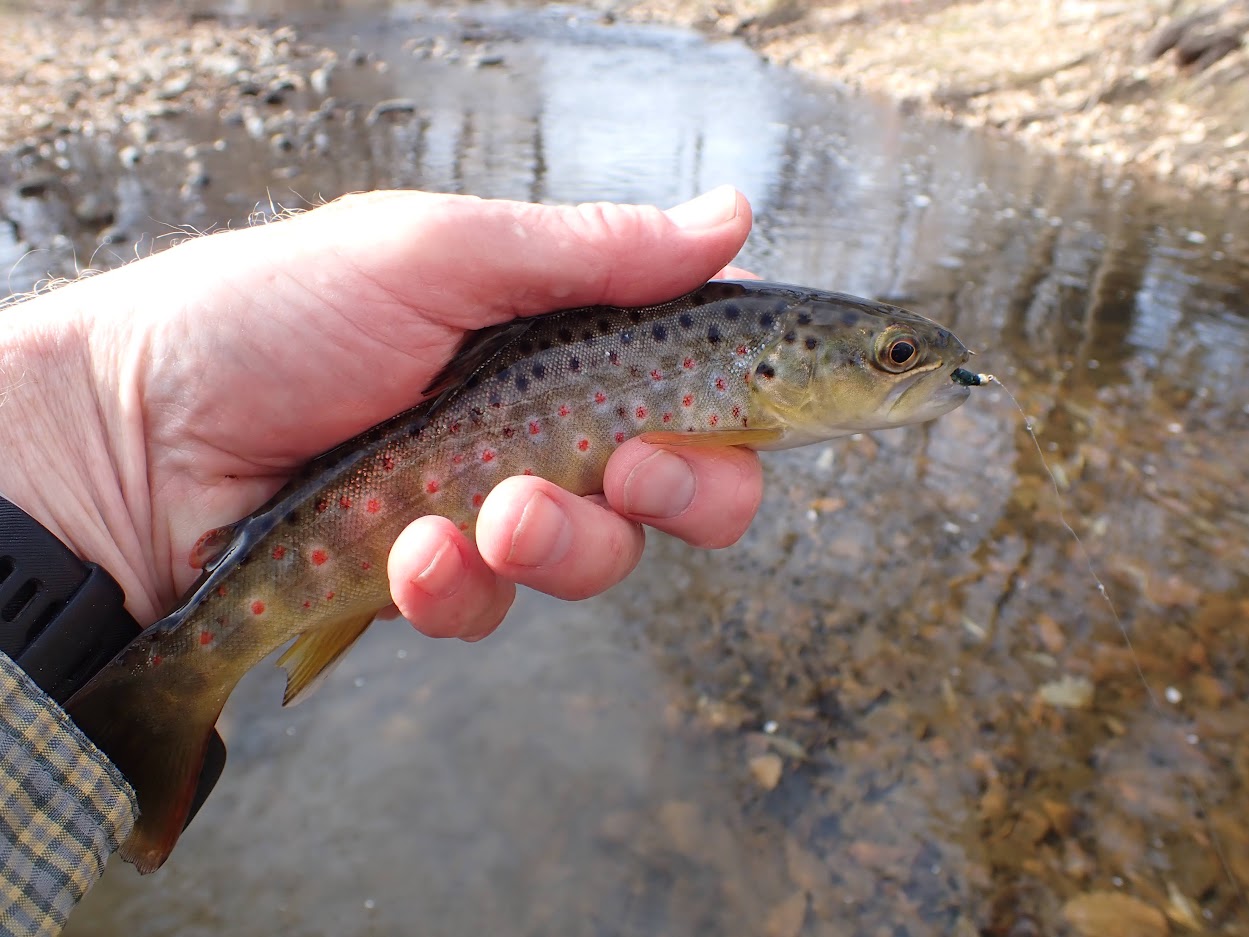 As the afternoon evolved, I discovered that challenging fishing conditions were, in fact, a reality on Friday, November 6, I moved along at a fairly rapid pace and covered .7 mile of stream real estate. In the placid pools I searched for surface rises, and only when I saw evidence of fish, did I make casts to these areas. I preferentially searched for faster runs, where the creek entered the deeper pools. I cycled through an array of flies including a beadhead hares ear, Jake’s gulp beetle, CDC blue winged olive, hippie stomper with a silver body, and a black size 18 parachute ant. 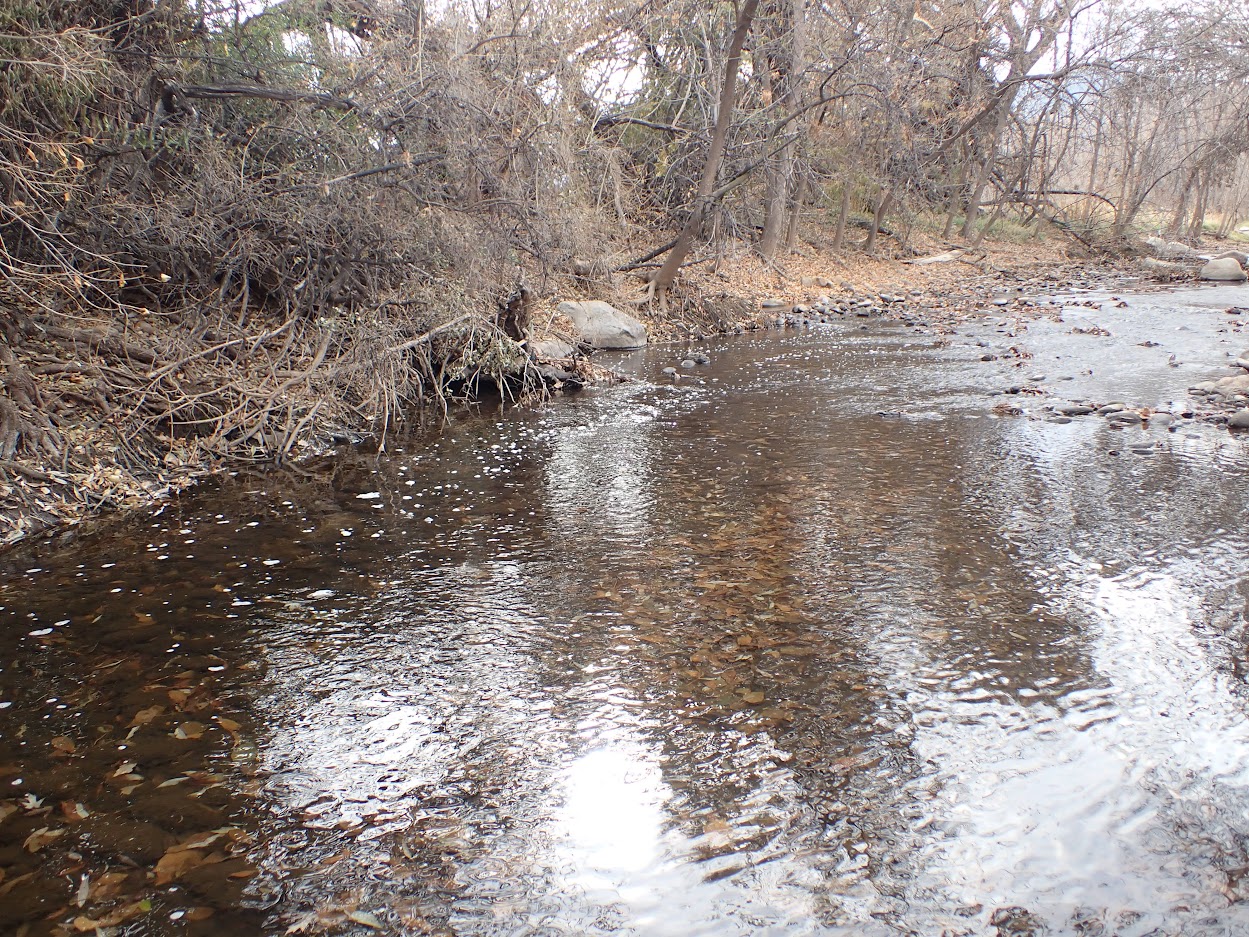 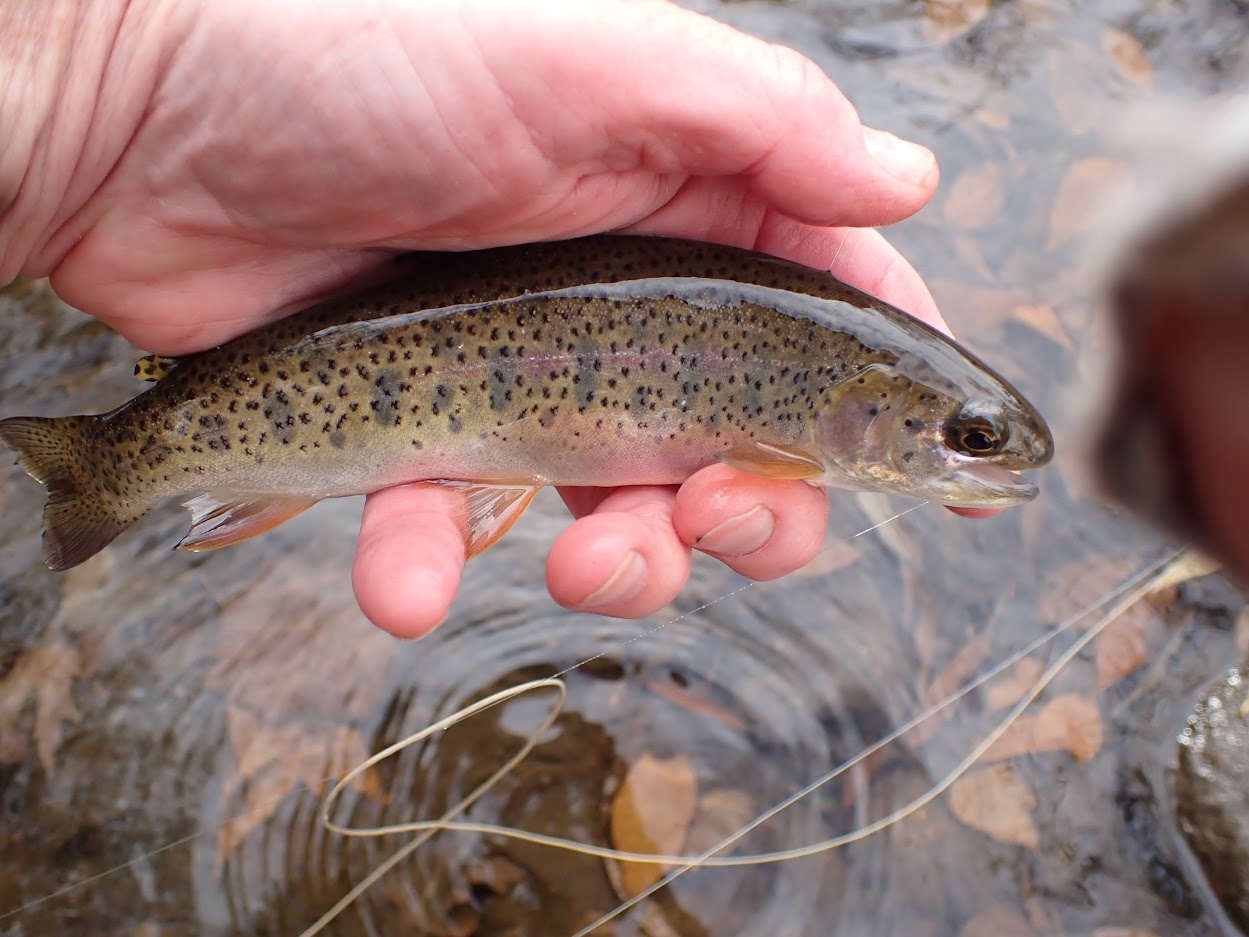 Several pools revealed multiple fish sipping something miniscule from the smooth surface, but in these situations I succeeded only in putting the fish down. I did have a couple swirls at a dry fly, and I felt a momentary connection. In addition I registered several refusals to both the peacock hippie stomper and Jakes gulp beetle, when I presented them as the lead fly in a double dry fly configuration. Does this mean I ended my day with only one landed trout? 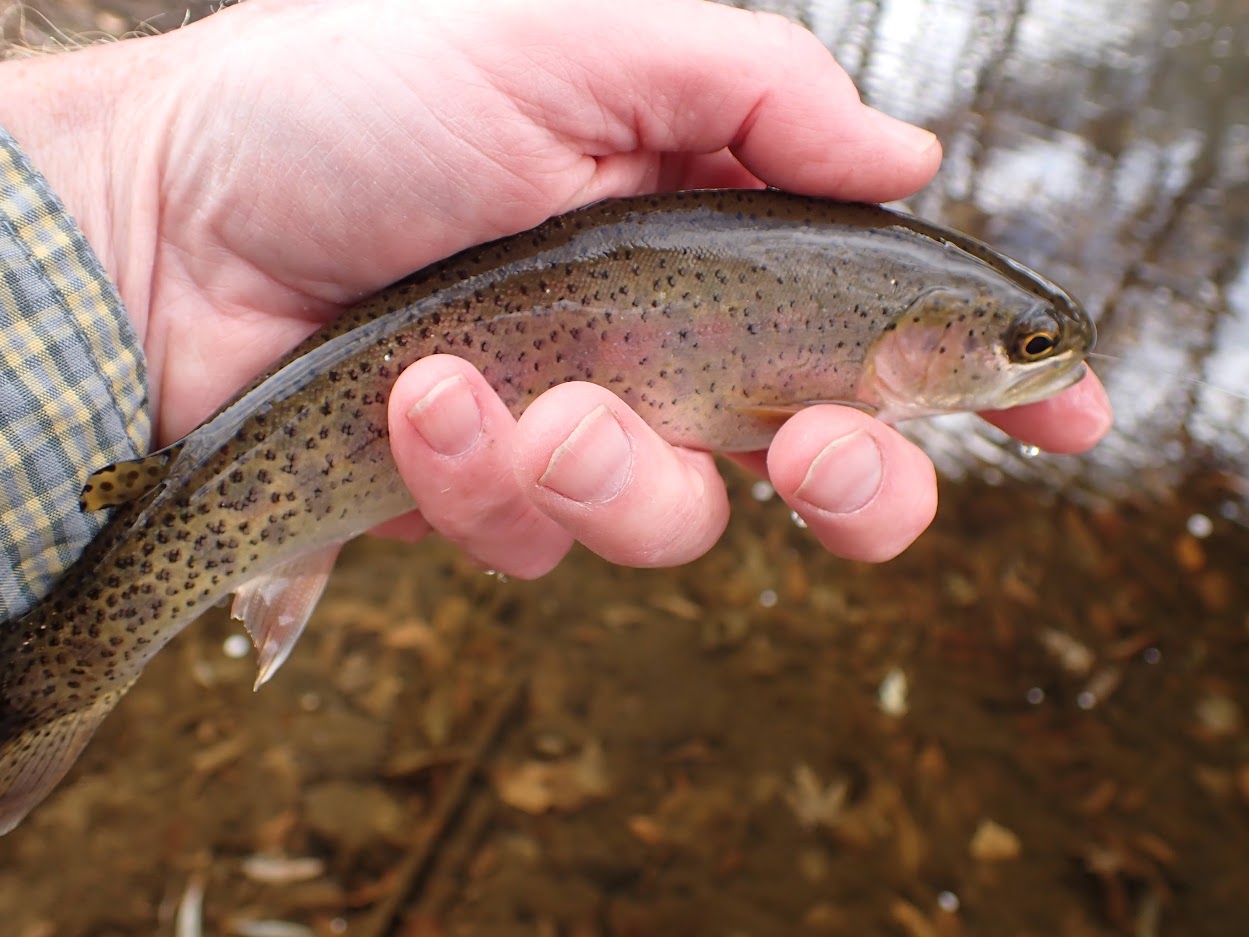 No. I managed two additional rainbow trout in the seven inch range. Both emerged from the seams along faster entry runs at the top of pools, and both fish grabbed the size 18 black parachute ant fished as a solitary dry fly. The third rainbow came within the last thirty minutes, and I heaved a huge sigh of relief, once it rested in my net, and I achieved my goal of attaining a fish count of 900. By the time I am recovered from my medical procedure and able to resume fishing, winter conditions will likely be in place. So far I have landed trout in each month of 2020, so catching at least one in December remains a goal. Will my health and the weather enable such an achievement? Stay tuned.