As I gathered the materials required to tie the ugly bug, I stumbled across three packs of black foam cylinders. I decided to abort my ugly bug project, and I became intrigued with the idea of using my long dormant supply of black foam cylinders to produce some oversized ants. I performed a search on YouTube, and I found several patterns that utilized black foam cylinders. The one that caught my attention was called a bionic ant created by Lance Egan. I decided to experiment with a few of these creations. The tying video can be found on YouTube, if you are interested in producing a few of these terrestrials. 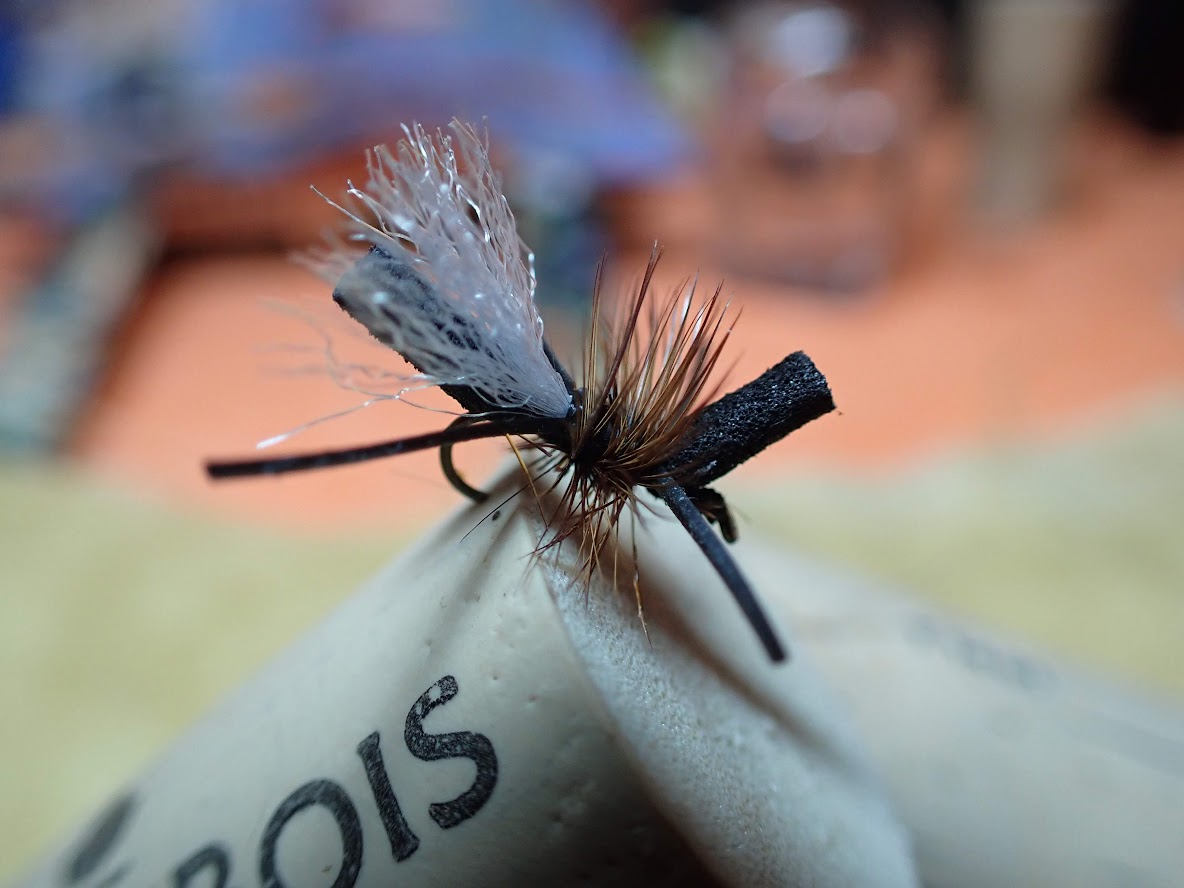 Unlike the Chernobyl ant and foam ants of that ilk, these ants could actually imitate naturals. I always assumed that Chernobyl ants and chubby Chernobyls were misnamed, and that they actually mimicked large beetles, hoppers and stoneflies. I extracted some size 14 standard dry fly hooks from my collection and manufactured five ants. I made one with an orange tipped foam cylinder, and the others contained a solid black barrel-shaped piece of foam. I followed the YouTube directions closely and added a white poly wing and black sili legs, and concluded the buggy creation with wraps of brown hackle. I was rather pleased with my output, and although the bionics are larger than most natural ants, they do replicate the distinctive shape of the real insects. 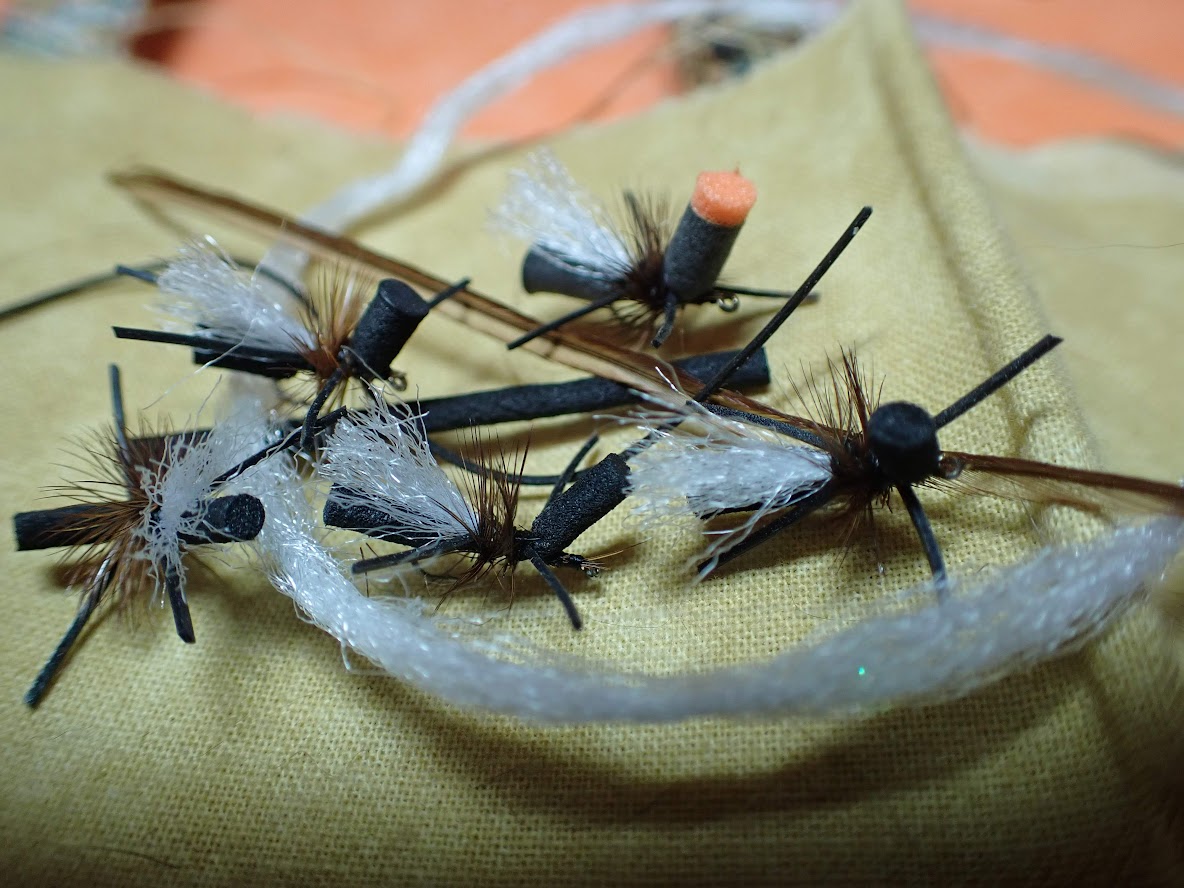 I added a pair to my main fly box and then stashed the remaining three in my boat box, which I use for back up. The bionic ant provides another foam terrestrial that is smaller than a hippie stomper but larger than a Jake’s gulp beetle. I sense that this fly will see some line time during 2020.