Location: Downstream from catch and release area just above town of Drake

I continued north from Wild Basin to Estes Park and traveled along the Big Thompson River downstream from Lake Estes. There weren’t many fishermen for a holiday so I probably should have taken that as a sign. Flows looked pretty decent from the highway and when I checked them later they were around 130. For some reason I decided to skip beyond the catch and release water and drove on until I was near the town of Drake. I remembered a time last year when the catch and release was crowded and I went below and had some great action, but this was much further downstream than the previous experience. 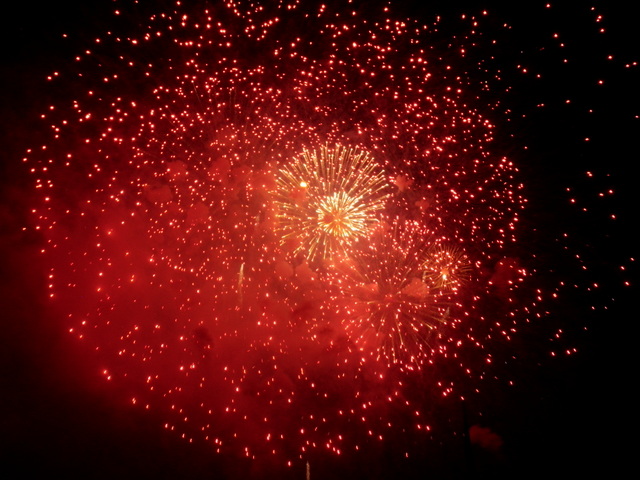 As it turns out the gradient was pretty steep where I began fishing and combined with the somewhat higher flows, there were limited holding spots for the fish. Unlike the St. Vrain, the Big Thompson has very little foliage and trees to shade the water so I was standing in direct sun the entire time and temperatures were definitely in the 80’s. There wasn’t a cloud in the sky and the fish apparently weren’t very hungry. I tested all manner of flies and approaches including a royal stimulator, lime green trude, yellow Letort hopper with beadhead hares ear, Chernobyl ant and a pair of nymphs with a split shot and indicator. Finally near 3 o’clock I tied on a size 12 olive caddis or stimulator and managed to bring a small brown to my fly. I fished a bit further but as I advanced upstream the gradient increased and I was climbing over a lot of rocks to find small holding areas. I was hot and tired, the fishing wasn’t very good, and I needed to be back in time for dinner before going to the Rapids game so I threw in the towel at 3PM.