I parked at the trailhead and grabbed my already strung fly rod and packs and completed a .6 mile hike, until I found a suitable spot to enter the stream. I knew from a previous trip, that Beaver Creek supported a decent population of rainbow trout, and rainbows spawn in the spring, so I was confident that the residents of this stream would not be preoccupied with reproduction. I knew that the cold temperatures and melting snow slowed the metabolism of the trout, but I felt confident, that I could entice a few trout to grab my offerings. 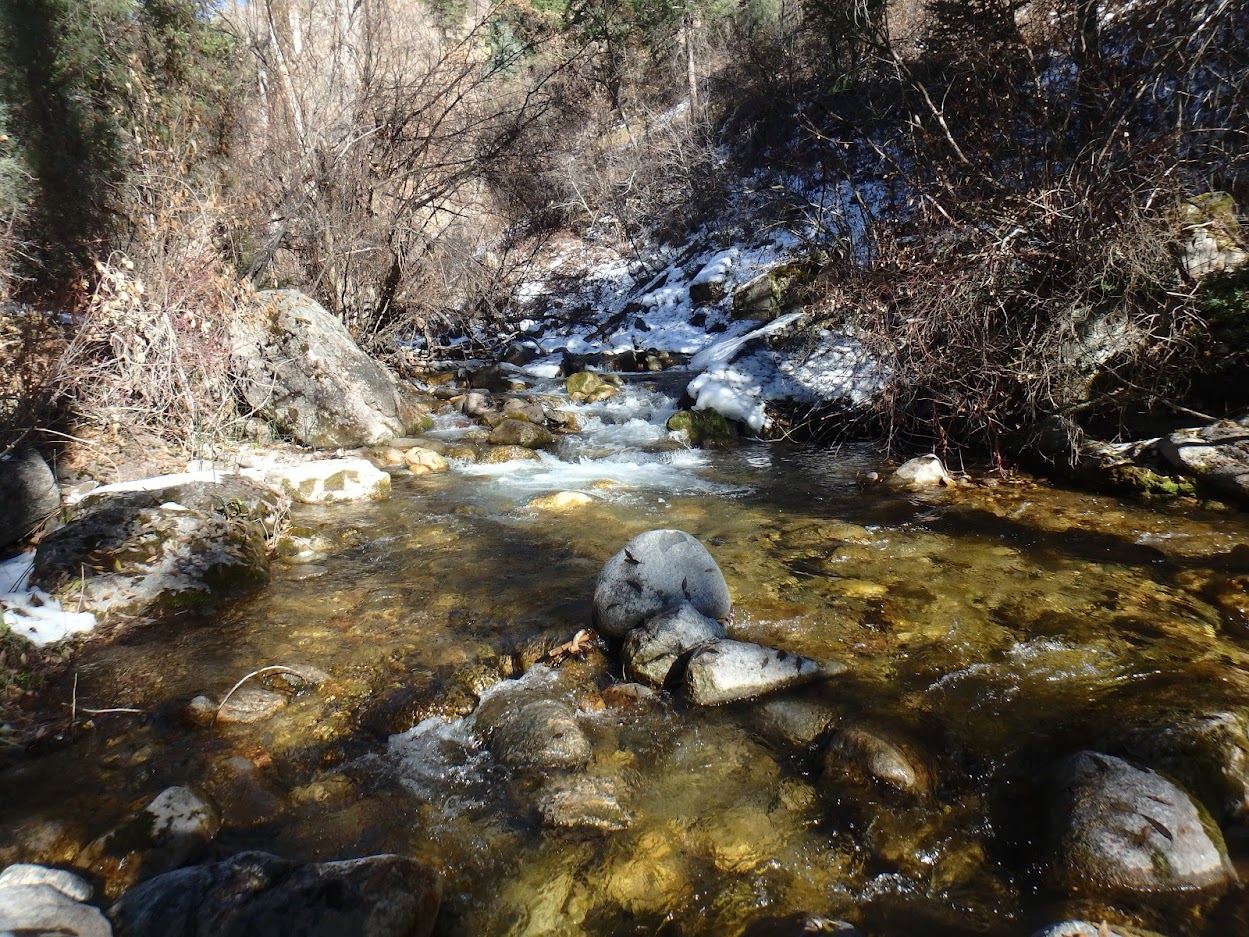 The temperature during the first hour remained in the low fifties, and the low sun in the western sky cast my long shadow ahead, as I moved in a northward direction. My first two interactions with trout were brief temporary hookups, so I paused and swapped the RS2 for a salvation nymph. I speculated that the larger hook translated to more netted fish. 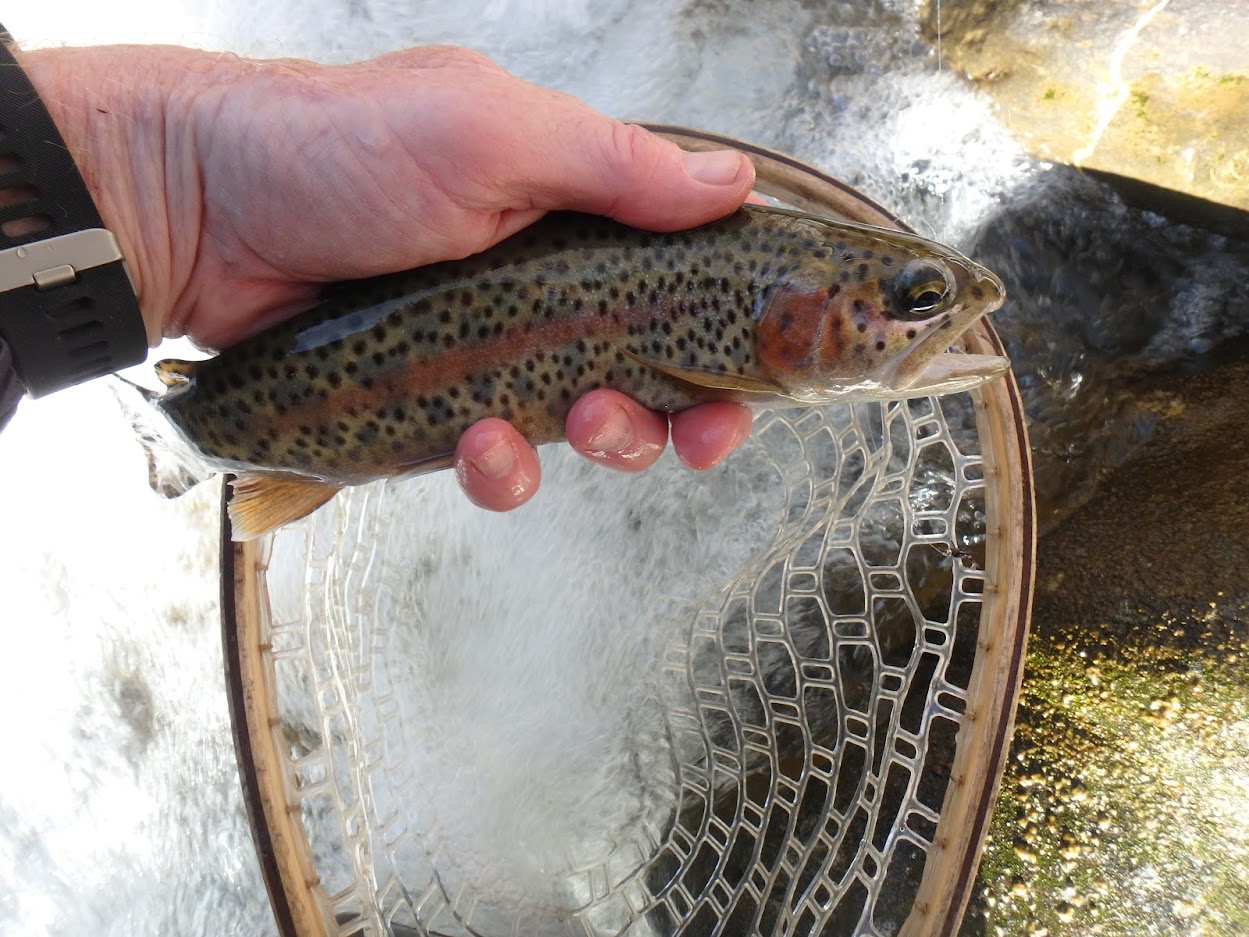 My theory was proven to be accurate, as I landed six fish from the small backcountry stream during 1.5 hours of fishing on Friday afternoon. Five of the fish that rested in my net were rainbow trout and one was a brook trout. The catch rate was slower than my earlier visit during the summer, but I expected that given the cold temperatures of early November. One small rainbow casually nipped the fat Albert, and the other trout were split between the hares ear and salvation. 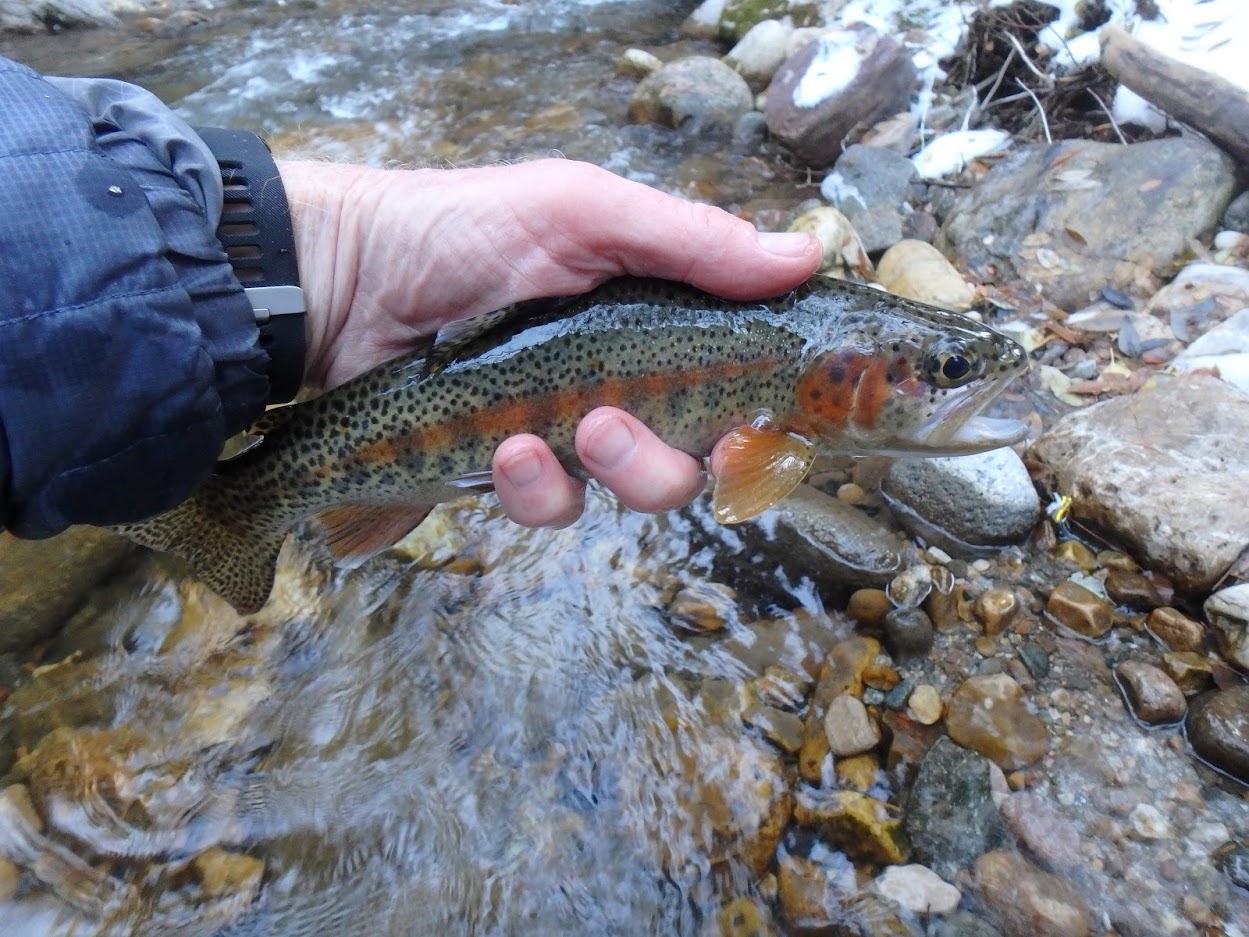 Those Markings Are Brilliant

During the last thirty minutes I entered a section that was totally covered by shadows from the canyon wall to the west. The last two trout arrived in my net during this time period, and my threatening shadows were no longer a concern. Fly fishing always offers trade offs, and in this case the lack of sun benefited my approach but also resulted in very cold fingers and hands. A dull burn and stinging sensation forced me to call it quits a bit after three o’clock, and the discomfort persisted for much of my return hike. 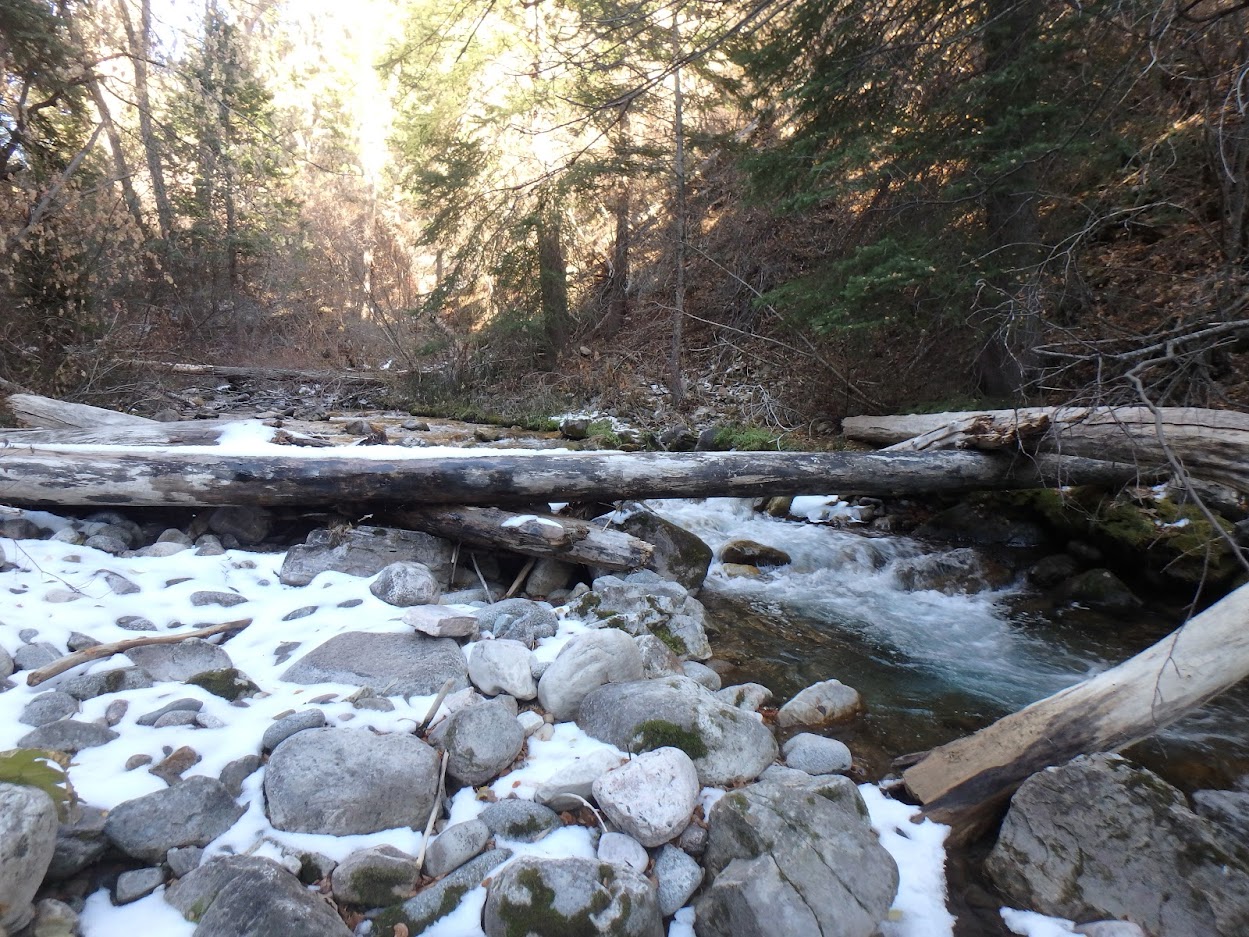 My move to a stream with a significant rainbow population paid dividends, and I elevated the fish count to six and seven for the entire day. Fishing in the small stream amid ice, snow and tight overhanging branches created a difficult series of challenges, but I persisted, until my hands cried for relief. Several of the rainbows were plump trout in the twelve inch range, and a lift or swing seemed to be the catalyst that produced strikes. 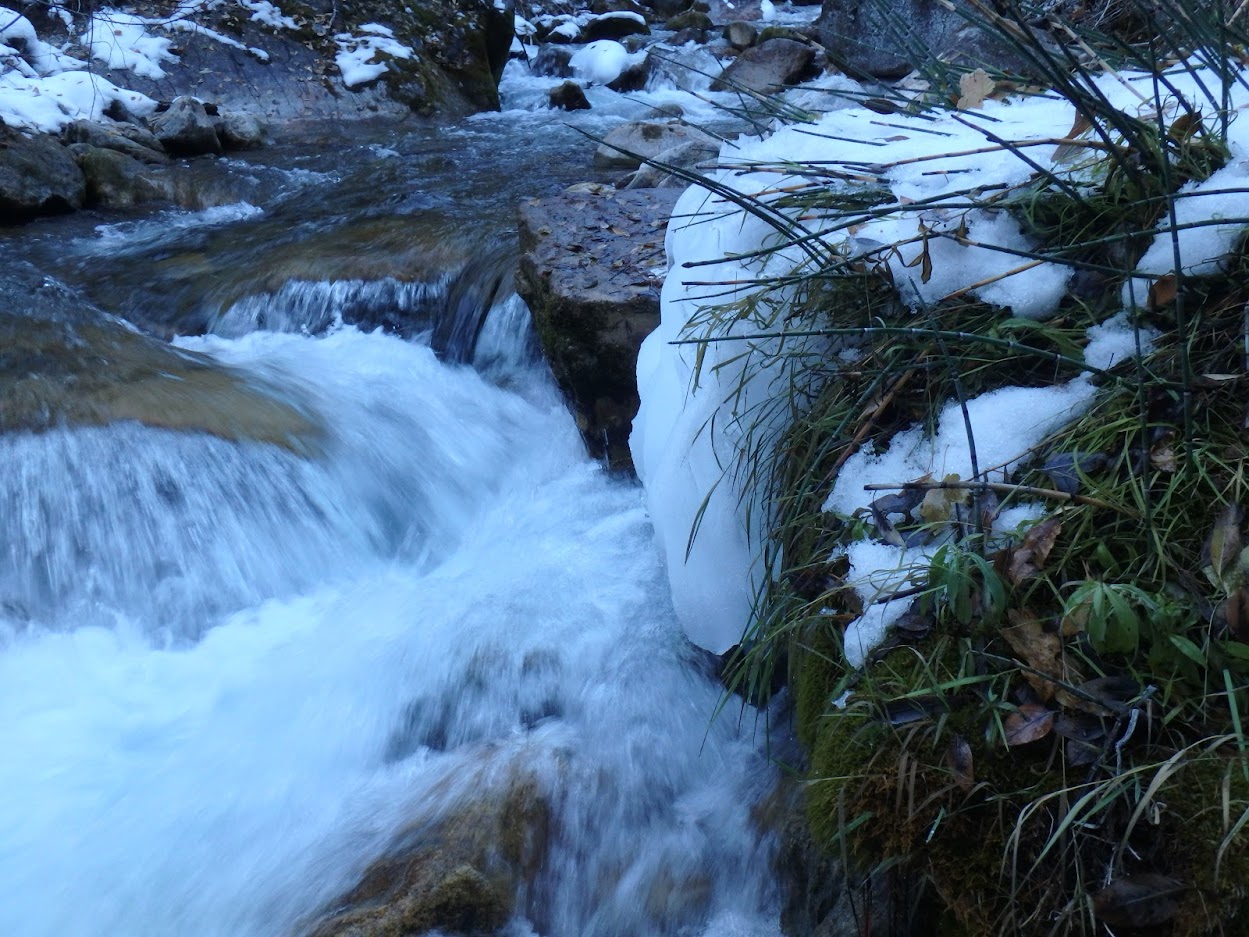