My rod remained assembled, and I wore my waders, as I drove to the Yampa tailwater at Stagecoach on Tuesday afternoon. Unlike Monday evening I decided to head downstream from the parking lot to explore never before fished water. I stopped hiking and began fishing, when I encountered a huge vertical rock wall. I probably could have crossed the river and continued on the opposite bank, but that seemed like too much trouble at 3PM after a strenuous day in the high flows in town. 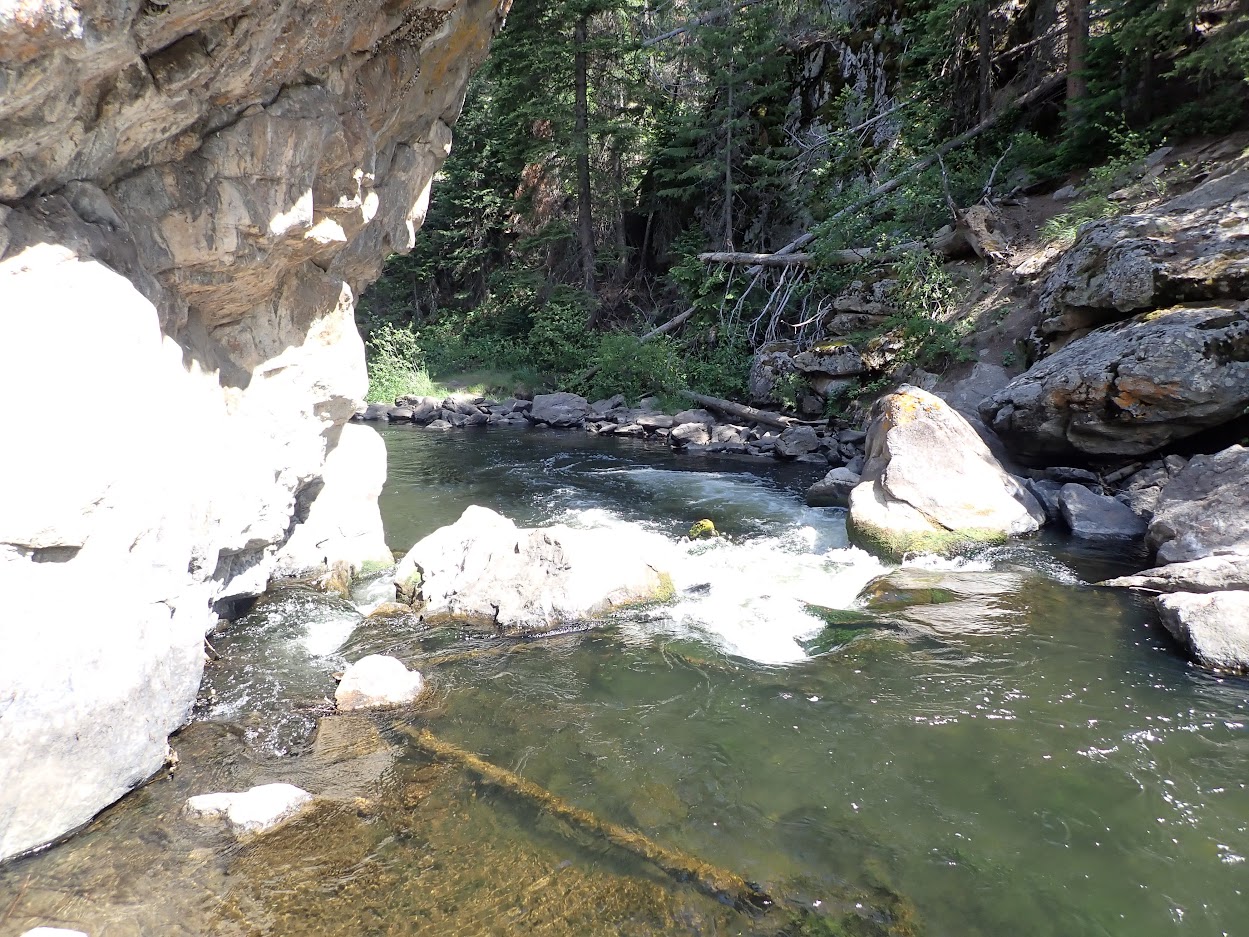 I Never Progressed Beyond the Vertical Rock 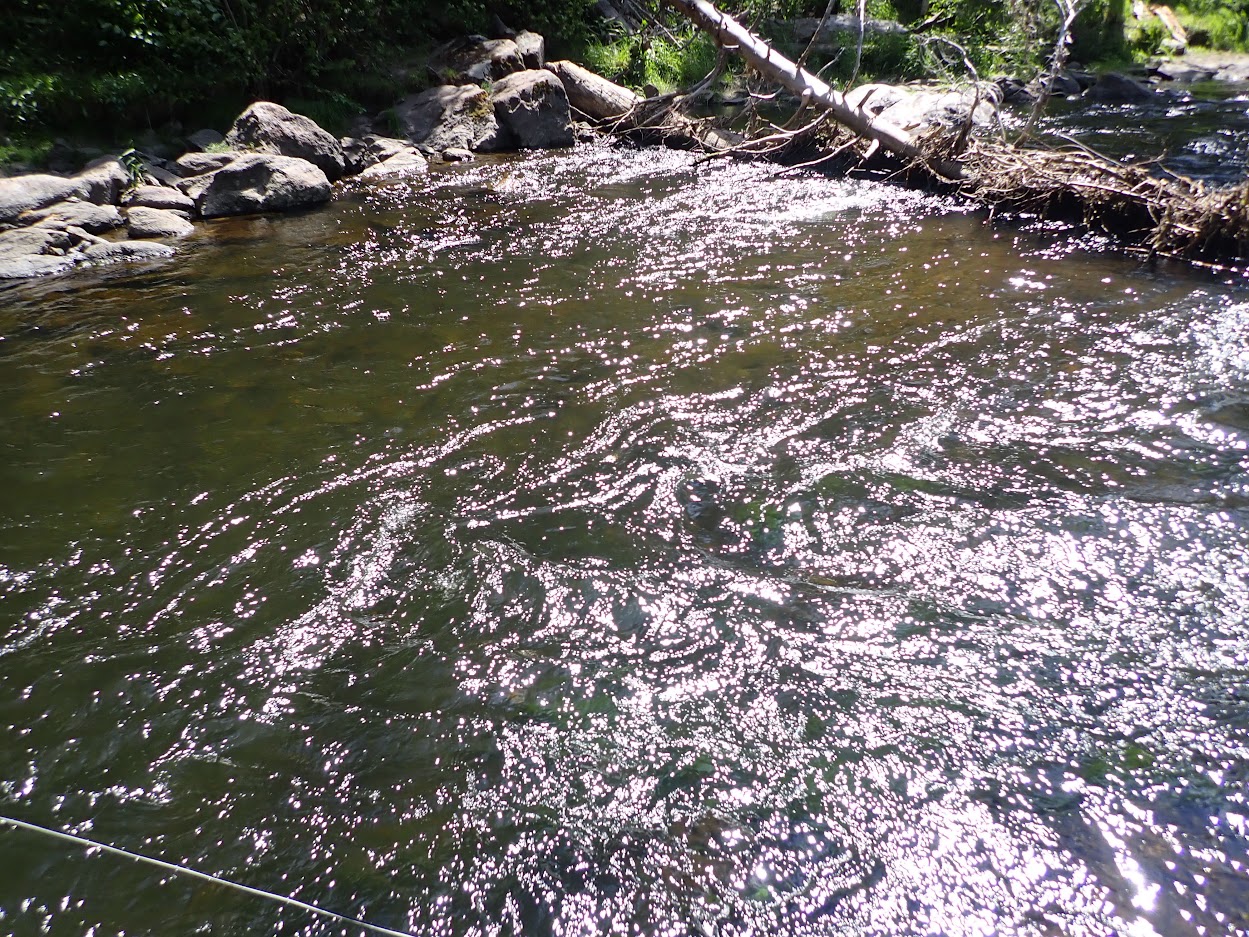 Home of the Rainbow

Within the first five minutes of fly fishing I hooked and landed a nice rainbow on the juju emerger, and I began to realize the effectiveness of a forgotten fly. Upon the release of the bow I began working my way upstream, but in a short amount of time I stumbled over a round and slippery submerged rock. I fell forward enough for water to trickle over my waders, and that pretty much ruined the remainder of my day. I persisted and sloshed upstream another forty yards with no action, so I circled back to the dirt lane and sought my favorite pool, where I fished on Monday night. 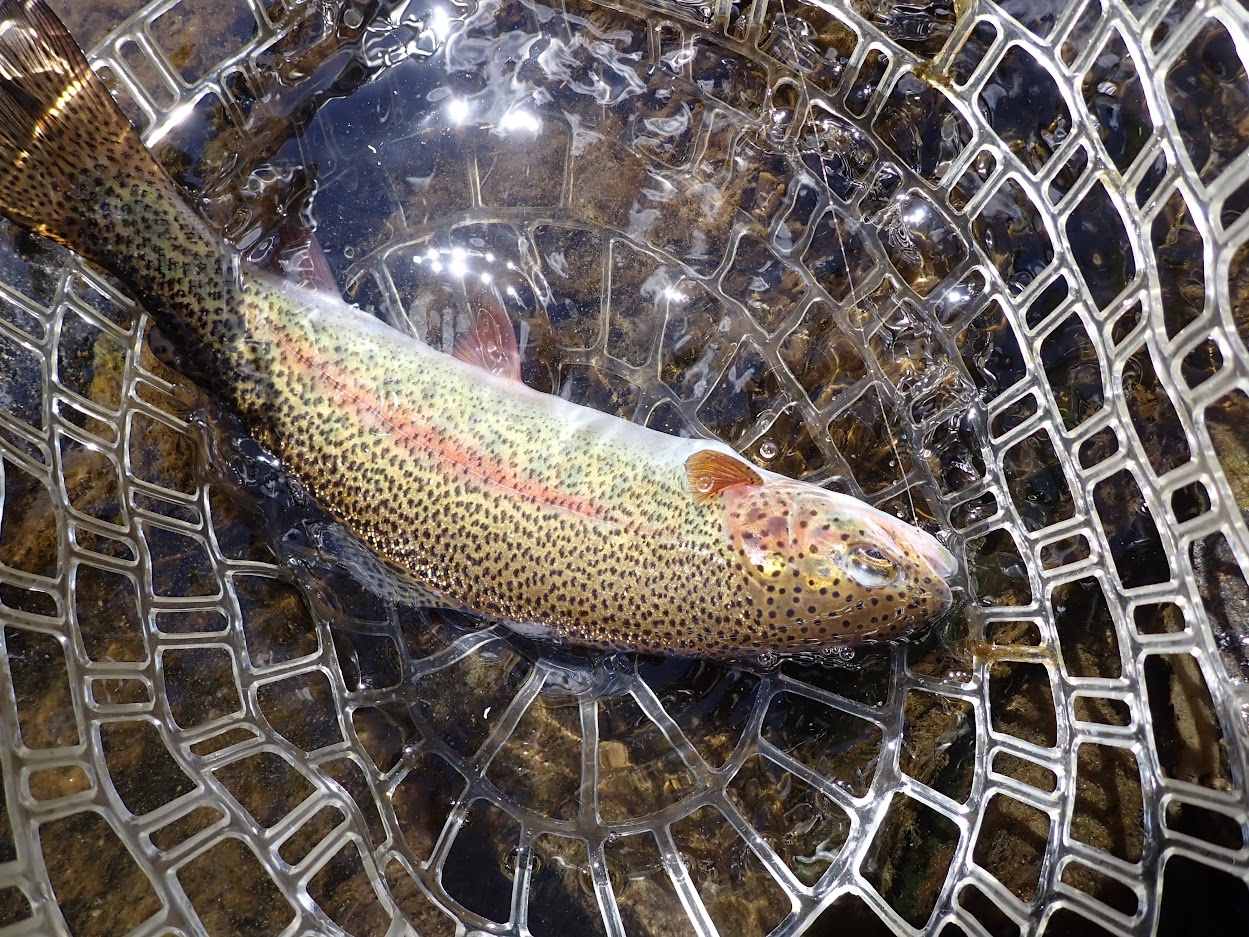 Not a Bad Beginning

The wind decided to gust relentlessly, and unlike Monday evening very little rising activity was visible. I tried my dry/dropper for a bit and then removed the three flies and switched to a black size 18 parachute ant with a pink wing post. A flurry of rises after a series of strong gusts prompted the move to the black terrestrial. One twelve inch brown trout sipped the ant, but otherwise, it was largely ignored, and the wind and my wet state encouraged me to quit at 4PM. In hindsight I am actually impressed that I managed two fish in one hour of fishing given my saturated and wind blasted state.