Jane was able to get out of work at noon on Friday so she and I packed the car and got off to an early start on our third ski weekend at our rental condo in Dillon, CO. We avoided traffic and got to the condo by 3:30PM. We made plans to meet our friends, Fred and Douggie Young, at 6:30PM. Since we had some time to spare before dinner we did some shopping at the Columbia Sportswear outlet and then went to the Natural Grocers store and picked up assorted items that we can’t find at the local King Soopers.

We called the Youngs, and Douggie informed us that we were all meeting at Hacienda Real in Frisco. We arrived at practically the same time as the Youngs and snagged a table for eight. The place was rather crowded so we were quite amazed that we were able to do this. In short order the Young’s friends Pat and Paul and Debbie and Harold arrived and joined us. Pat and Paul live in Colorado Springs, and Paul was a fraternity brother of Fred’s. We were surprised to discover that Pat’s mother lives in Allentown, Pa. We made plans to meet the Youngs and Pat and Paul on Saturday morning at the top of Lionshead at 10AM.

On Saturday morning we gathered our skiing gear and made the drive to Vail. The roads were bare and traffic was practically non-existent. We parked at Lionshead and waited in a long line, but arrived at Eagles Nest at precisely 10AM. The foursome was there waiting having just exited the chair lift. The others had arrived at 8:30 and had registered quite a few runs near Eagles Nest already.

We skied together for the remainder of the day with the highlight being two runs in the back bowls. Fred, Paul and I did a run down Ricky’s Ridge in Sundown Bowl and then Fred and I were joined by Jane for a run down Wow in the same bowl. By the end of the day my hands and toes were quite chilled so Jane and I returned to Lionshead ahead of the others. 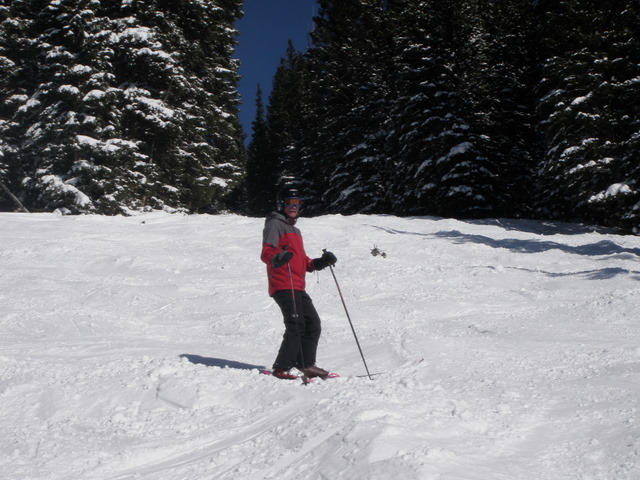 Fred Ready to Kick It In

Saturday evening we had a nice dinner at an Italian restaurant in Frisco and then drove south to Breckenridge and checked out the snow sculpture contest. It was quite frigid as we walked the sidewalks of Breckenridge and photographed our favorite snow art. 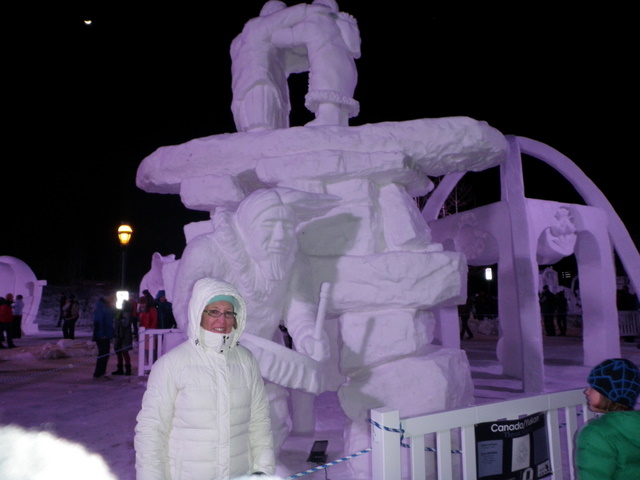