I continued my progression through new flies, that I scanned from my magazines and encountered yet another large foam terrestrial pattern. My fly boxes already contained fat Alberts, pool toys, Amy’s ants, Chernobyl ants, hopper Juan’s, Charlie boy hoppers, hippie stompers and Jake’s gulp beetles. Did I really need another foam terrestrial offering? This fly was portrayed as an ant imitation, even though the instructions prescribed a size 10 hook. How many natural ants are this large? In my mind this fly was another variation on the Chernobyl ant theme. 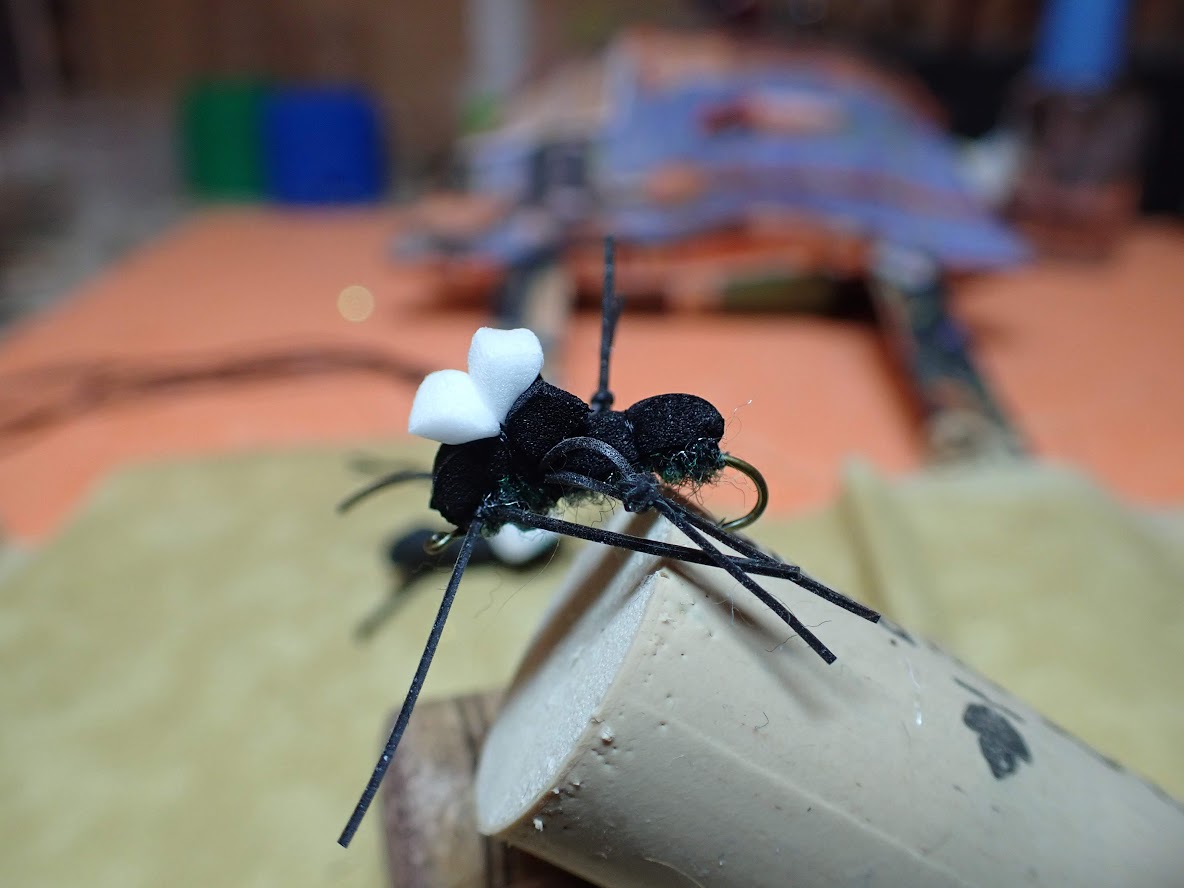 This would be my first tying effort since returning from the hospital after my surgery, so the idea of beginning with a large foam ant pattern appealed to me. I took the plunge and gathered the necessary materials for an ugly bug. The designer of the pattern is Hans van Klinken, and I am fond of his Klinkhammer series of emergers, and this also motivated me to give it a try. 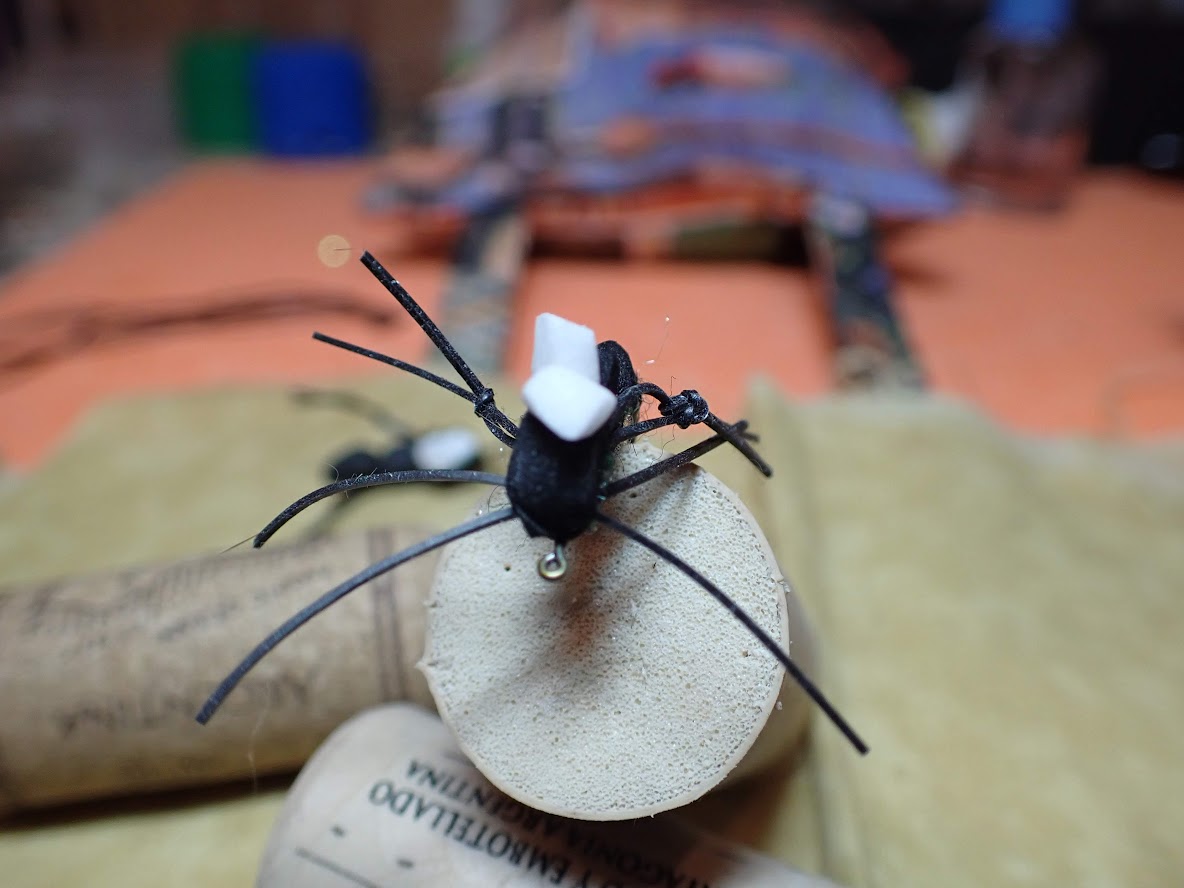 I made two ugly bugs, but I found them difficult to tie. The foam tended to spin around the hook shank, and the front section of the fly seemed bulky after folding back the black foam bottom layer and then adding a white foam indicator. Perhaps I did not have the exact materials specified, and this may have contributed to the bulkiness. For my second attempt I tied in the black bottom layer by a pointy tip and then folded it back over the top to provide a more secure mount and minimize spinning. This improved the fly to some degree, but in the end I decided that the fly was too similar to other patterns that have proven to be effective, and the ugly bug was not worth the additional frustration encountered. If I fish the ones that I made, and they perform at a high level, I will revise my thinking on the ugly bug.