Perhaps the first dry fly that I had any consistent success with was the trico spinner. Tricos hatch like clockwork during the summer on the Little Lehigh Creek in Allentown, Pa., and I spent many weekend mornings trying to hook gulping trout on this waterway within the city limits of Allentown. This proved to be a great education in stealthy approach, casting and following a tiny dry fly for a relatively novice fly fisherman like myself. 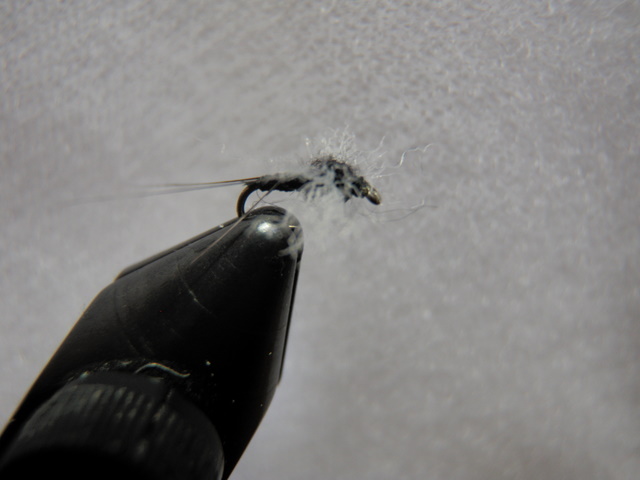 When I moved to Colorado I assumed that my pursuit of trout sipping trico spinners was behind me, but I was mistaken. There are numerous streams in Colorado that host fairly dense trico hatches. Some of the first ones I witnessed were on the South Platte River between Spinney and Eleven Mile Reservoirs. Eventually I encountered spinner falls on the South Platte River near Deckers and some particularly predictable and steady hatches in Eleven Mile Canyon. This past summer I caught a few nice fish on trico spinners on the Arkansas River below Salida. 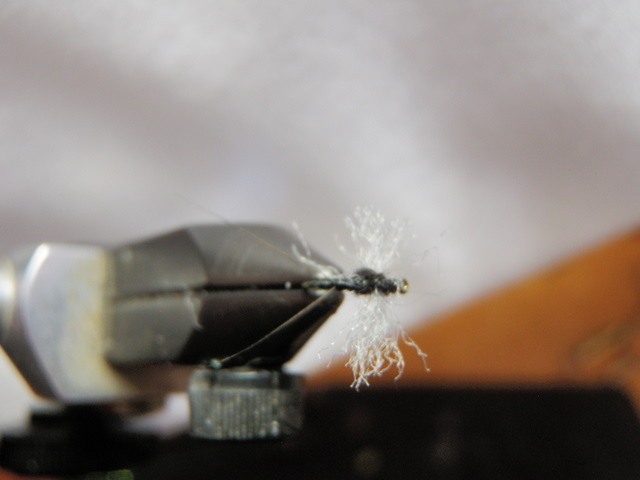 Because of these occasional encounters with the trico, I depleted my supply and decided to replenish this during January. I consulted my friend, Jeff Shafer, who continues to live in the Lehigh Valley about the latest trends in trico spinner tying. Jeff told me he has had good recent success using charcoal sculpin wool for the wings. This material more closely matches the gray opaque natural trico wing when viewed from beneath the water. Jeff was kind enough to mail me several hanks of sculpin wool, and I used this material to produce seven trico spinners. I also tied five spinners using the white poly wing from my past. Bring on the tricos as I’m ready to offer my charcoal wing imitations this summer. 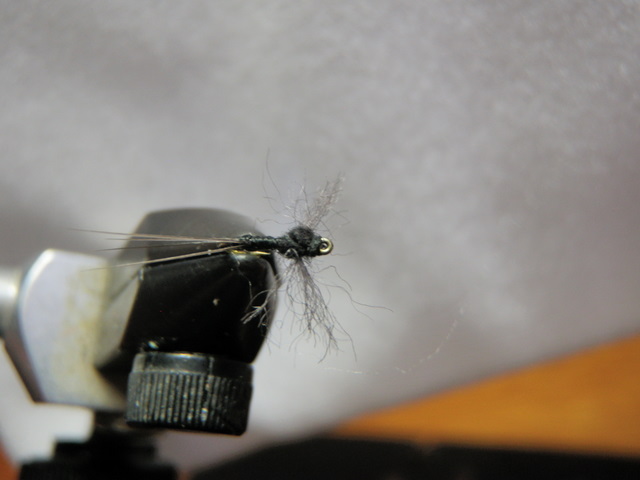