How many different types of baetis nymphs does a fisherman need for his or her fly box? I made some teal baetis nymphs from Scott Sanchez’s book several years ago and pretty much exhausted my supply. As I flipped through the book again, I noticed it and decided to tie a few more. 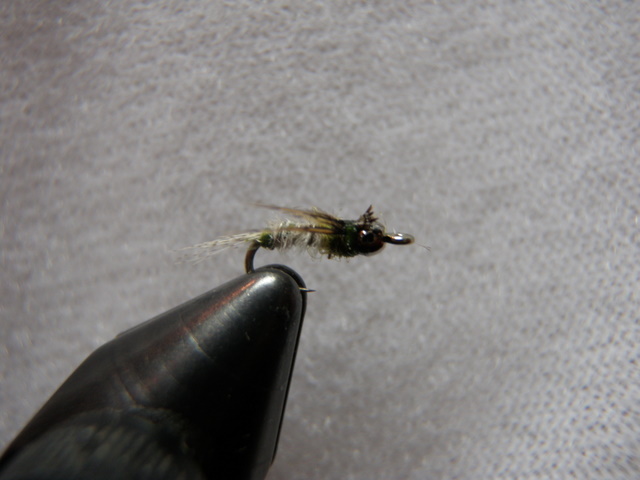 Scott’s pattern suggests using a clear glass bead or black metal bead. I had both available, but the glass beads tend to break after a lot of usage so I opted for the metal bead. I threaded five beads on to five hooks and gathered the materials and began to tie. Originally I thought I might make more than five, but after tying several I changed my mind and halted my teal baetis nymph production at five. Tying with the teal fibers is very tedious due to the fragile nature of the twisted fibers. I tore off the fibers two or three times in my efforts to twist and wrap the abdomen. 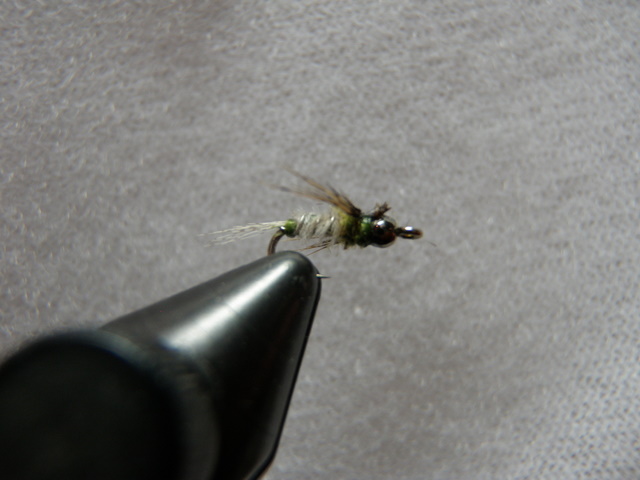 When I notice blue wing olives hatching, I tend to select a RS2 from my fly patch, but I do recall an occasion when the teal baetis nymph produced. I was on the South Platte River in Wildcat Canyon late in the afternoon and observed some olives emerging. I was running low on RS2’s, and since I’d hiked three miles from my car, I didn’t have the option of returning to the car to supplement the flies on my patch so I selected a teal baetis nymph and fished it as the bottom fly below a beadhead hares ear and attractor top fly. The teal baetis nymph produced well in this situation, thus, I’d like to have a few available. 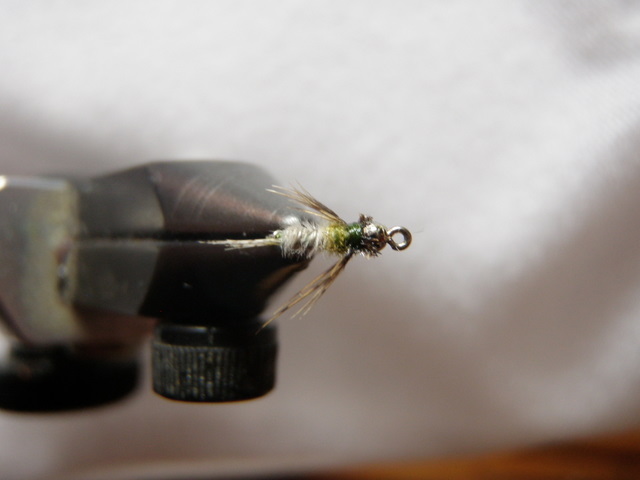