I was reluctant to return to the same area that I fished on Tuesday, because my favorite ploy there is to wade to the opposite bank and fish upstream. With only a few hours available to me on Wednesday, before I needed to launch my return drive, the risk and time necessary to cross the river two more times were not justified. Instead I opted for another area a bit upstream. I estimated that the trout upstream would be tuned into the green drakes similar to my experience on Tuesday.

I made an interim stop at a potential fishing destination, but once I surveyed the situation, I decided to move up river a bit farther. Before doing so, however, I sat on the stool that I keep in the car and munched my small lunch. Afterward I continued along the highway a bit, until I found a convenient wide pullout. I removed my Sage One five weight from its case and quickly assembled it, and I was ready for a few hours on the high gradient Taylor River. I upgraded to the larger rod to counter wind and to cover a bigger river and, hopefully, tangle with some larger fish. 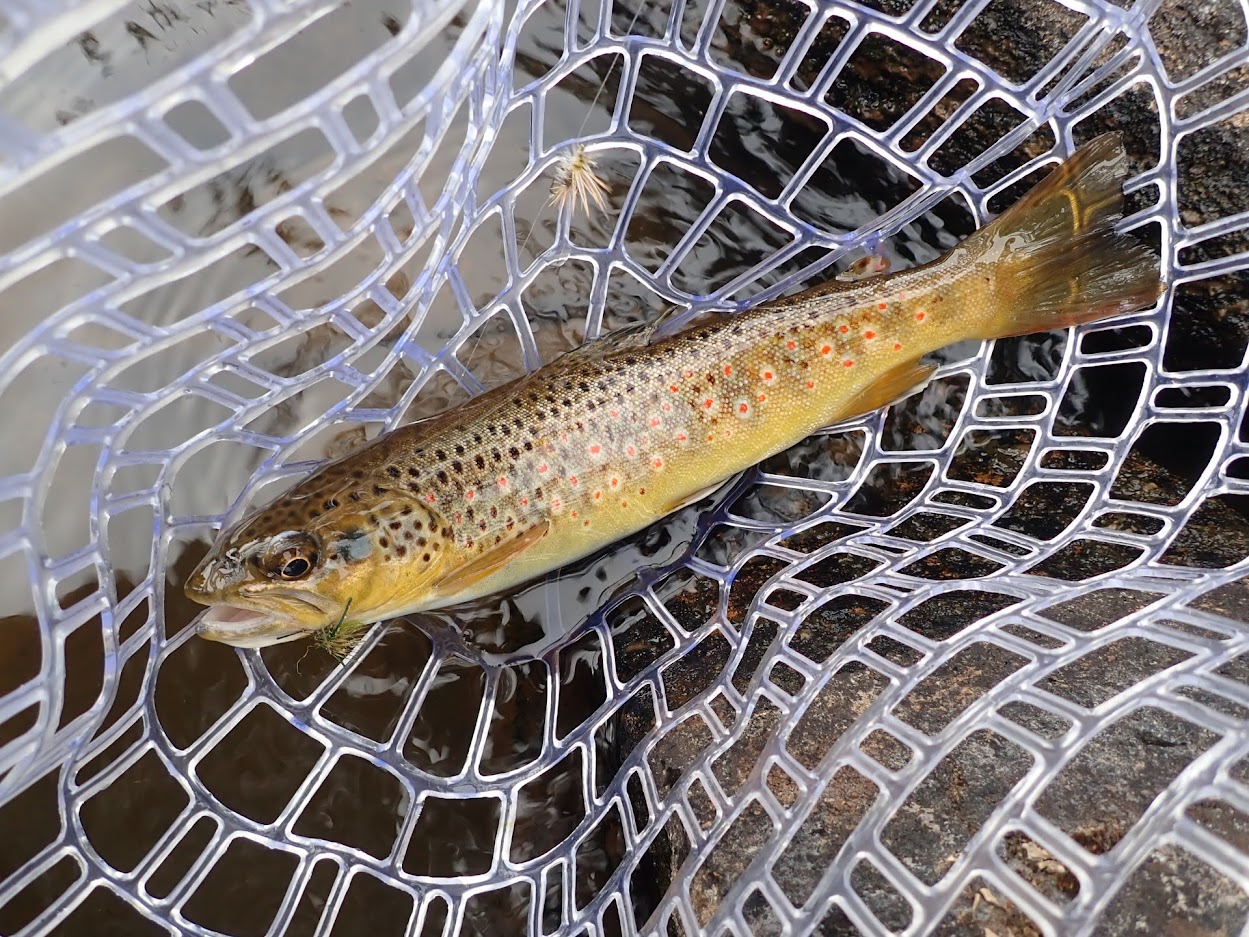 I crossed the road and threaded my way through a sparse forest and eventually arrived at a nice spot along the tumbling river. I borrowed from my success on Tuesday and immediately tied a size 12 yellow stimulator to my line along with a size 14 user friendly green drake. For the next 2.5 hours I fished the stimulator with an array of green drake patterns along the south bank and built the fish count to ten. I only spotted two natural western green drakes during this time, and inexplicably the trout were much more selective during the early afternoon than was there mood on Tuesday. The weather was quite different, as large dark clouds blocked the suns rays for much of the afternoon, and this in turn created cooler temperatures and more air movement. 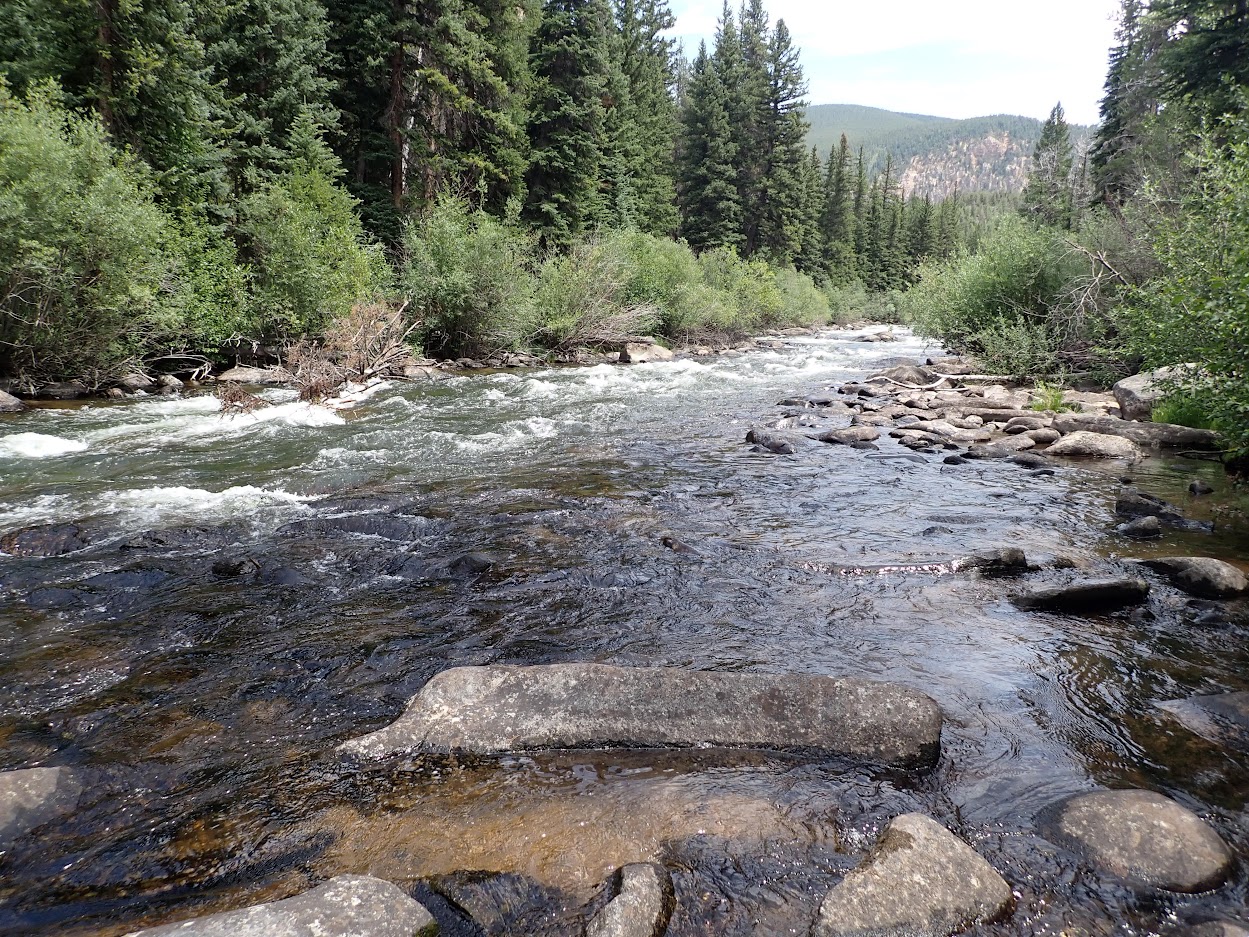 As Good a Place As Any

The narrow river bed and high gradient in this section of the Taylor forced me to fish entirely in bankside pockets and runs. The first five trout were relatively small, and I remember this, because I was waiting for at least a twelve incher to photograph. I covered many places that appeared promising with no success, and refusals were part of the early game. These factors caused me to cycle through nearly all my green drake styles. I began with the user friendly, then tested a parachute version, and then switched to a Harrop hair wing. After the hair wing I reverted to a user friendly for buoyancy and visibility, and my last change placed a size 12 comparadun at the end of my tippet. 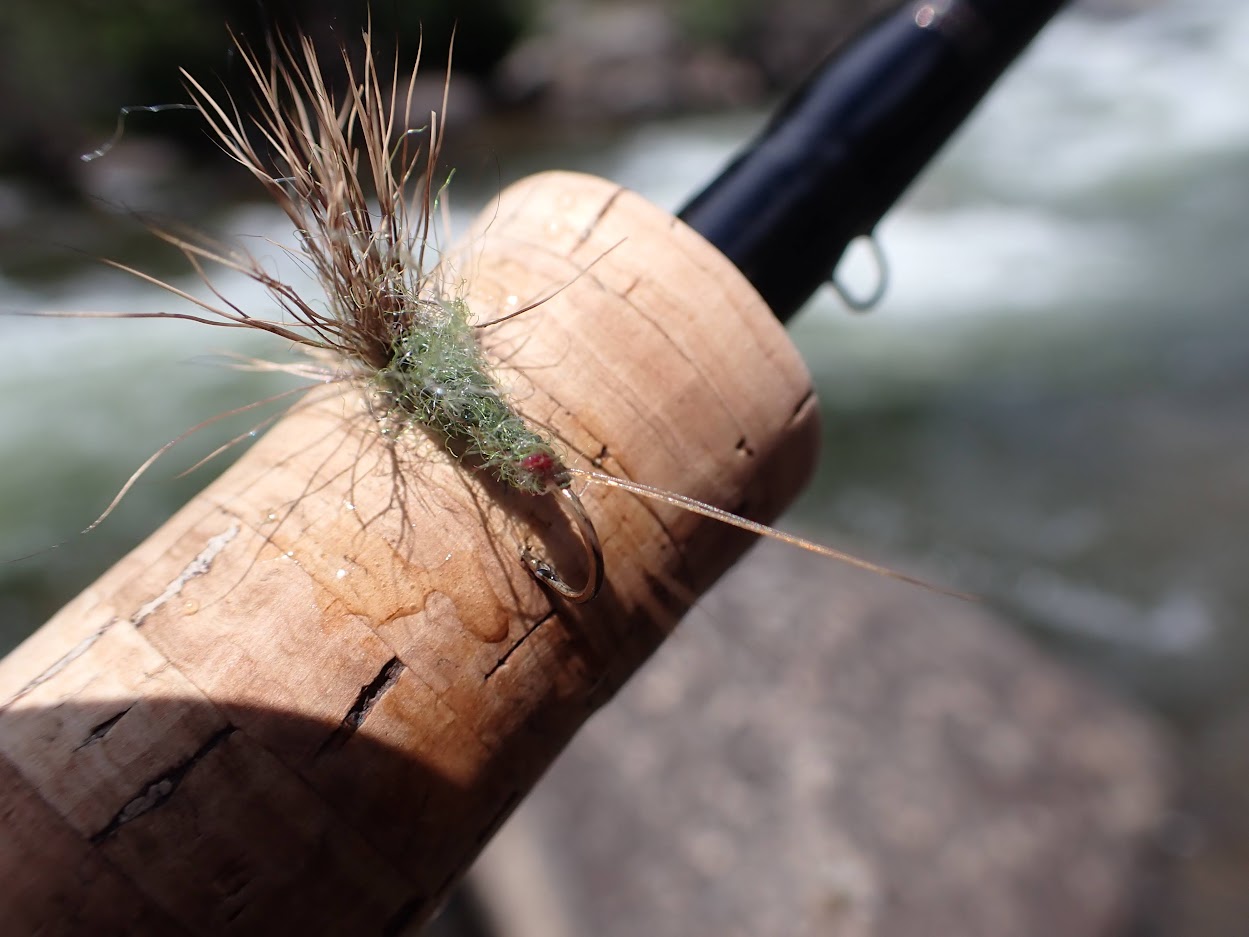 Every green drake style yielded a few trout, but none emerged as a consistent producer. The average size of the landed trout increased during the last hour, and I managed to net a substantial fifteen inch brown trout that slurped the comparadun within the last thirty minutes. Several twelve and thirteen inch browns also thrashed in my net during the latter half of my stay on the Taylor River. Surprisingly the larger size 12 comparadun seemed to produce more confident takes, as it accounted for the last three fish of the day. A substantial, muscular rainbow crushed the user friendly on a downstream drift at the tail of a wide deep pool, but after several streaks, it flexed its substantial muscles and shook free of the fly. 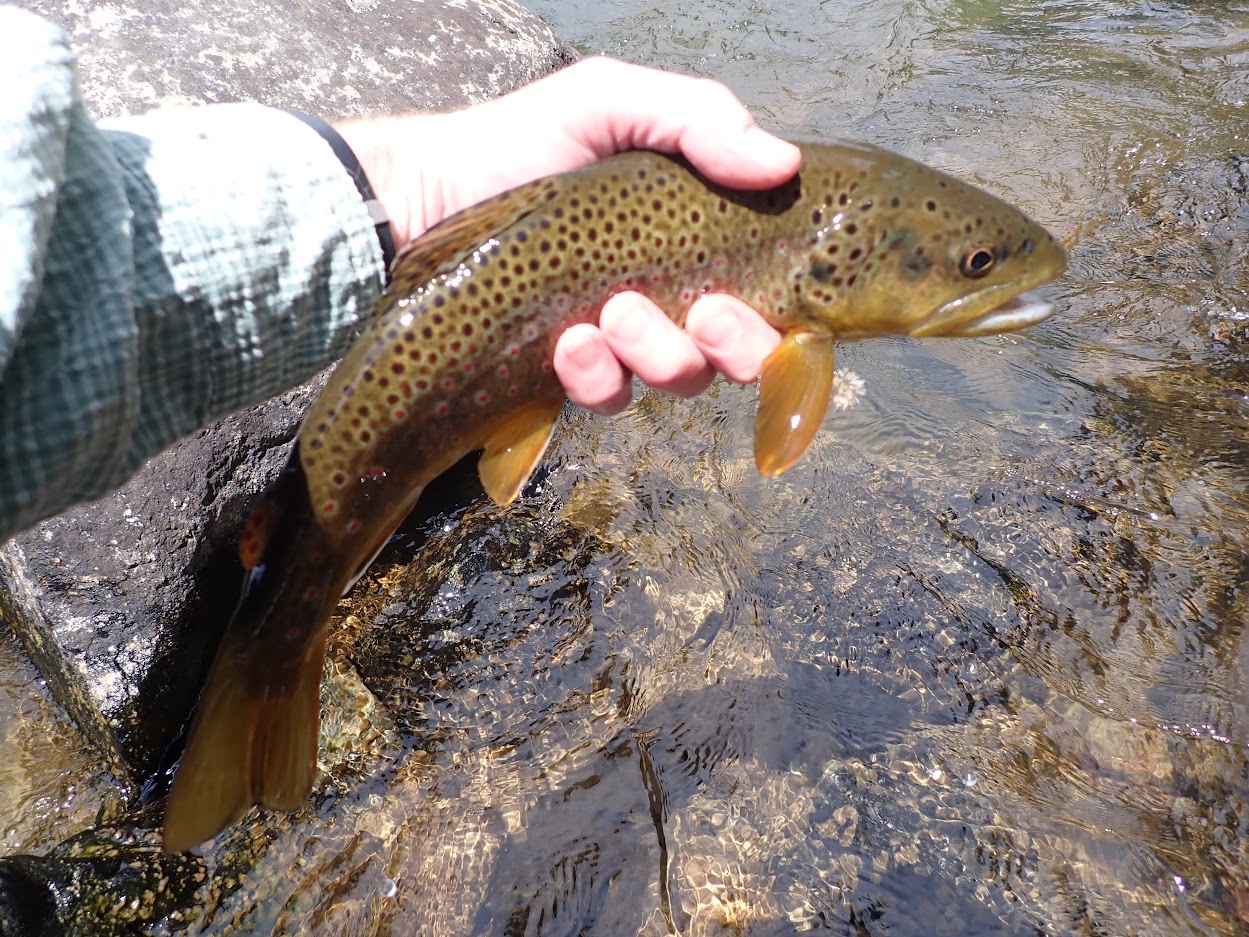 Easily the Fish of the Day

In another example of my lack of good fortune, I spotted a very nice trout hugging the bottom of an appealing shelf pool. I placed eight casts over the dark figure with no response, and then it suddenly elevated and confidently sipped in the green drake. This decent brown trout also managed to shed my hook after a couple head shakes and a roll. By 3PM a storm threatened, and the wind gusted, and I decided it was time to initiate my return drive over Cottonwood Pass back to Denver.

Wednesday afternoon on the Taylor River was a challenge, but I did attain double figures and landed a few nice fish. The conditions were more adverse than Tuesday, but I was nevertheless pleased with the results, and the day yielded twenty-three fish in total when combined with Spring Creek. My 2.5 day stay along the Taylor River was an enjoyable experience, and my goal of encountering green drakes was fortunately achieved.