For years I read magazine articles about the effectiveness of sunken terrestrials, and the insect at the top of the subsurface list was generally the ever present ant. Think about it. Ants are everywhere, and they travel in armies, and inevitably they fall or get blown into the water. Once in the water they are highly vulnerable, and assuredly many give up the fight and drown. Because they are small and narrow, they are not buoyant, so dunkings are probably frequent happenstance among the ant colonies. Unlike large terrestrials such as grasshoppers and crickets, ants are tiny and difficult to observe, even when they remain struggling on the surface. Consider the number of ants that float past an angler on every fishing trip that go undetected. 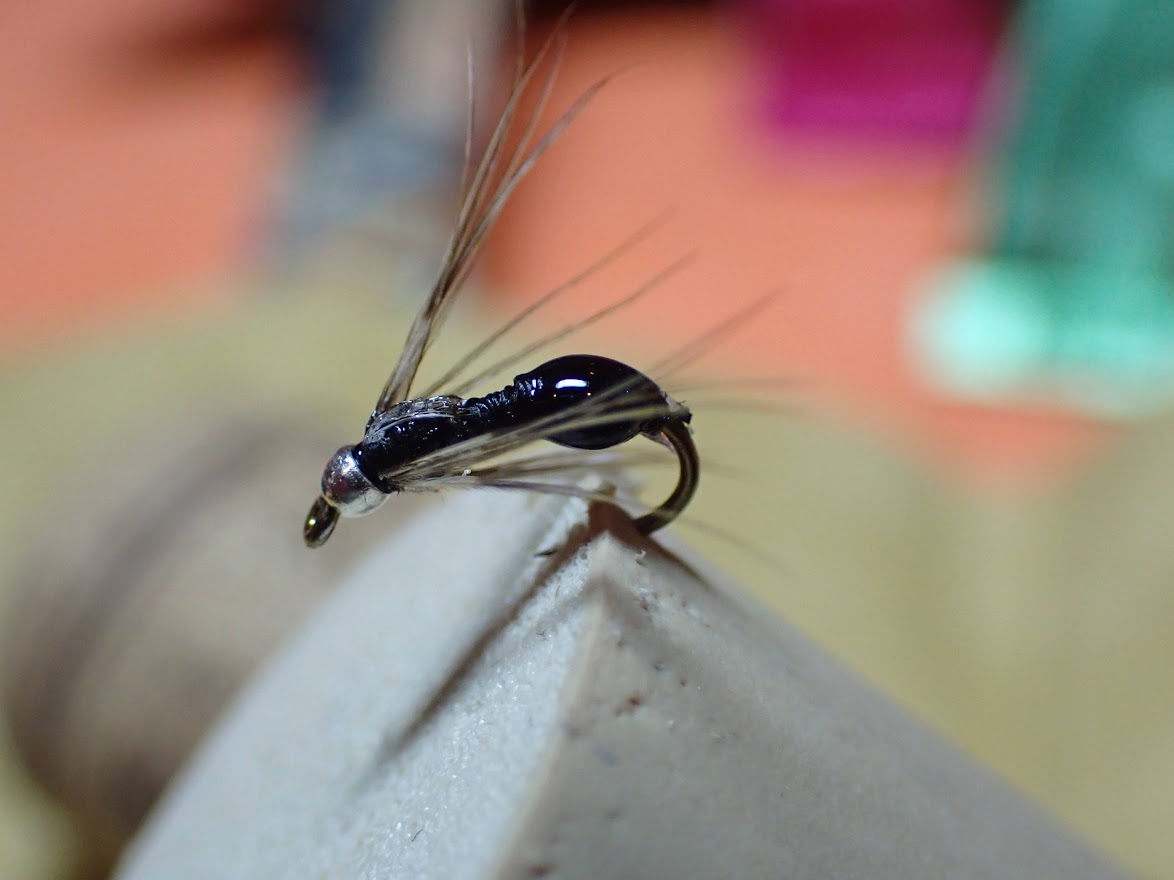 On rare occasions I experimented with a sunken ant during my many forays to western rivers, but I never enjoyed quick success. On 08/27/2020, however, the game changed. I knotted a hard bodied ant to my line a foot or so below a visible surface fly, and during an hour of fishing at the end of the day, the ant accounted for seven gorgeous cutthroat trout. Eventually I broke off the ant, and I was certain that it was the only remaining fly of that type in my storage boxes. Eventually I uncovered another one in my back up plastic bin, but I yearned for a larger supply for the upcoming season.

Just before Christmas I sat down at my vise to remedy the absence of sunken ants in my fly inventory. I initiated a search online for sunken ants and stumbled across a tying video on YouTube by Kelly Galloup of streamer creation fame. I viewed the video, and I liked the simplicity of it, so settled on the sunk ant as my subsurface ant fly of choice. Kelly repeatedly stressed that simply tying an ant by forming two lacquered bumps with thread with a couple twists of black hackle was a killer pattern, but he offered his with slight modifications as an alternative. For my first size 16 ants I mostly followed his instructions, but I utilized a nickel bead behind the eye rather than a black bead, since I did not possess black in the necessary size. Before I started my thread, I wrapped three twists of lead wire to form a base for the rear bump. Otherwise it was the same pattern, as the one demonstrated by Kelly. I covered the lead wire with a massive quantity of wraps of black thread, and then I moved to the front of the hook. I attached the pheasant feather by the tip and built a smaller front bump behind the nickel bead and then folded the feather forward to create legs and a narrow shell on top of the front bump. 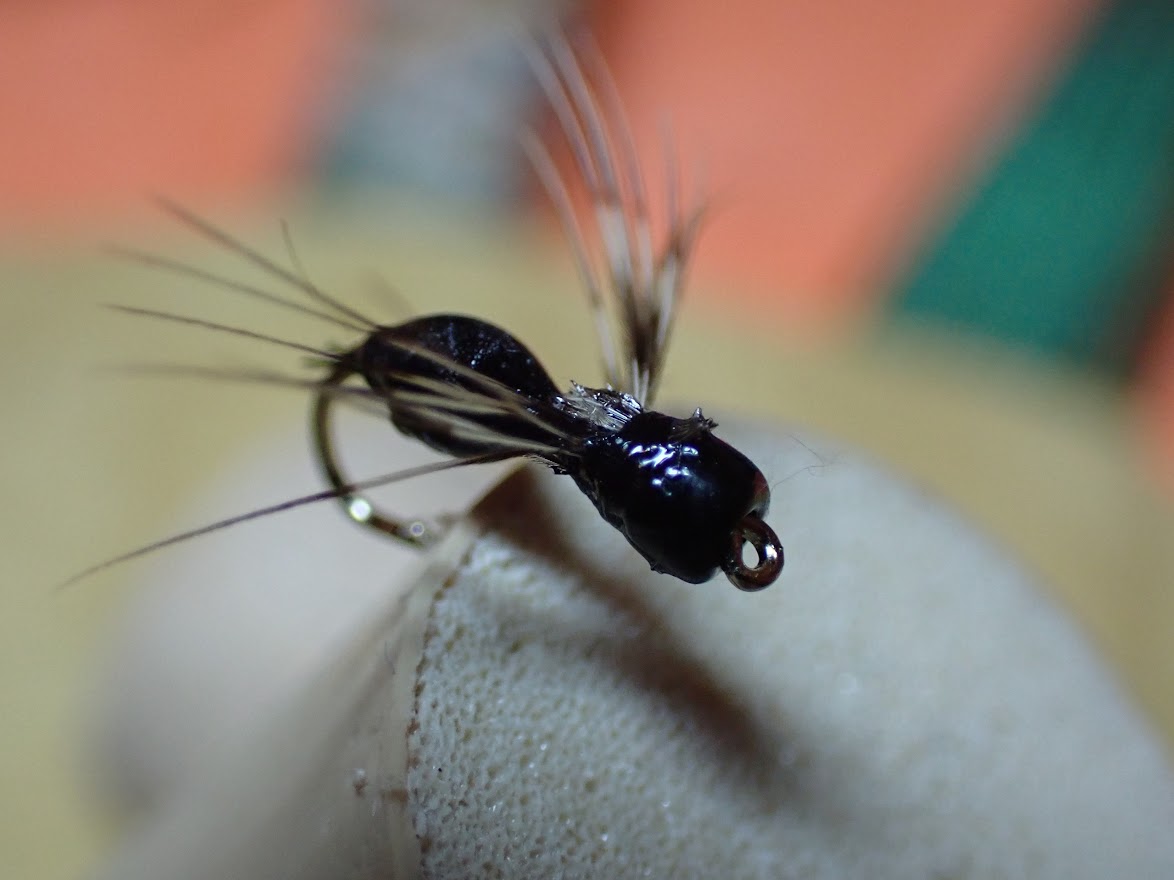 For the size 14 ant I slid two black beads on the hook. I began my thread at the bend of the hook behind the rear bead and built a dam that tapered to the top of the bead. I completed a whip finish and then reattached the thread and built up a tapered front section in front of the rear bead. The remainder of the fly was the same as a size 16, except that I had a black bead for the front that fit the larger hook. When I was done I applied lacquer to the front bump, but I utilized UV resin to coat the larger rear bump. Kelly does not favor the look of UV resin on his ant bumps and is perfectly happy with thread wraps soaked in head cement, but I liked the epoxy look for my rear bump. I made five size 16 and five size 14 sunk ants, and hopefully this will be an adequate supply for the 2021 season. If not, it means that I have discovered a new killer fly for my fly fishing future.