I set a goal last winter to use sunk ants even more than in the past, and I actually followed through on this pledge during the 2022 season. I experimented with them on some large rivers during higher flows, and they were not extremely productive. However, when I knotted one to my line in a dry/dropper arrangement and tossed it to likely trout holding spots on small mountain streams, there was no mistaking the love affair between trout and ants. The sunk ant performed in admirable fashion. 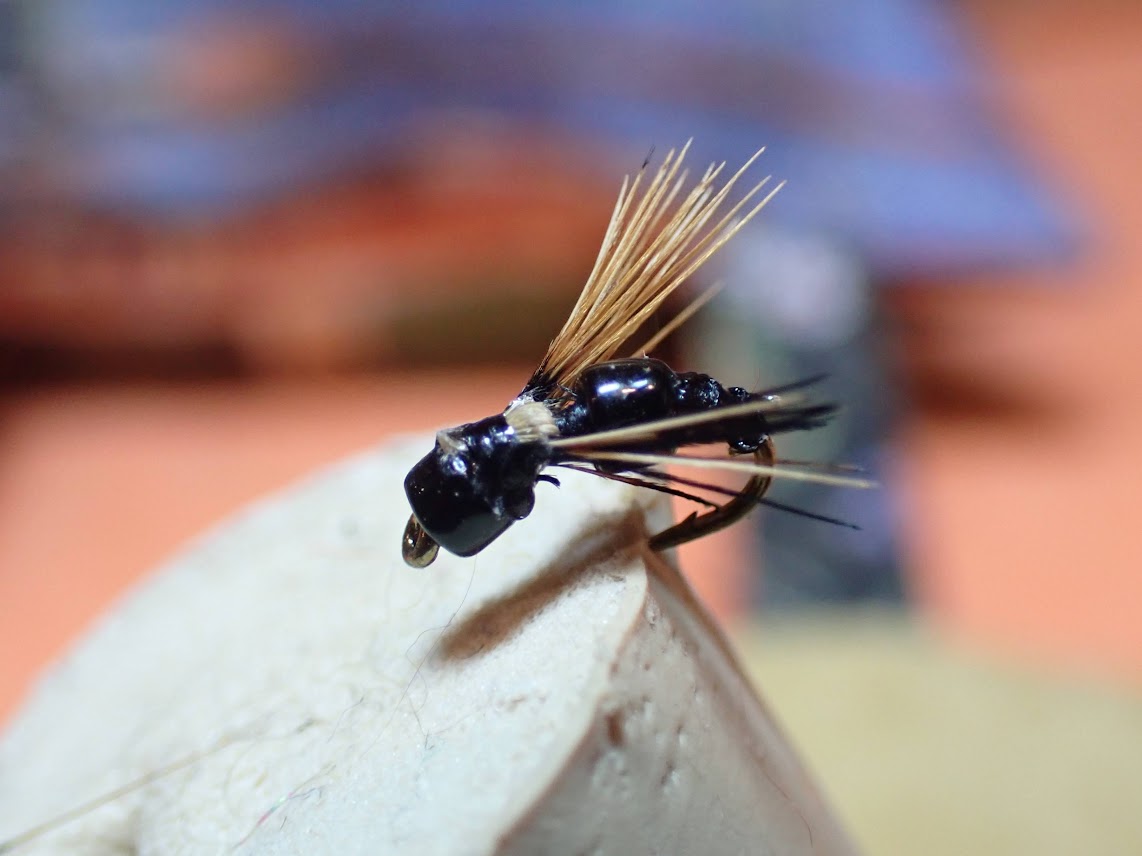 Zoomed on a Black Sunk Ant

As one would expect, I lost a few along the way, and increased usage translated to more lost flies. I counted my stock of carry over ants, and I decided to replenish my inventory with size 14 and size 16 black sunk ants. I followed the pattern demonstrated by Kelly Galloup in his excellent YouTube video, although I substituted a black plastic bead for the rear bump instead of winding thread forever. Even Kelly remarks on the mind numbing exercise of forming the rear bump with thread. The feature of this fly that I admire the most is the method that he demonstrates to form the legs. If you are interested in tying some of these, definitely check out his video. Also, if you are interested in learning more about my experience with the sunk ant check out my post of 01/22/2022. 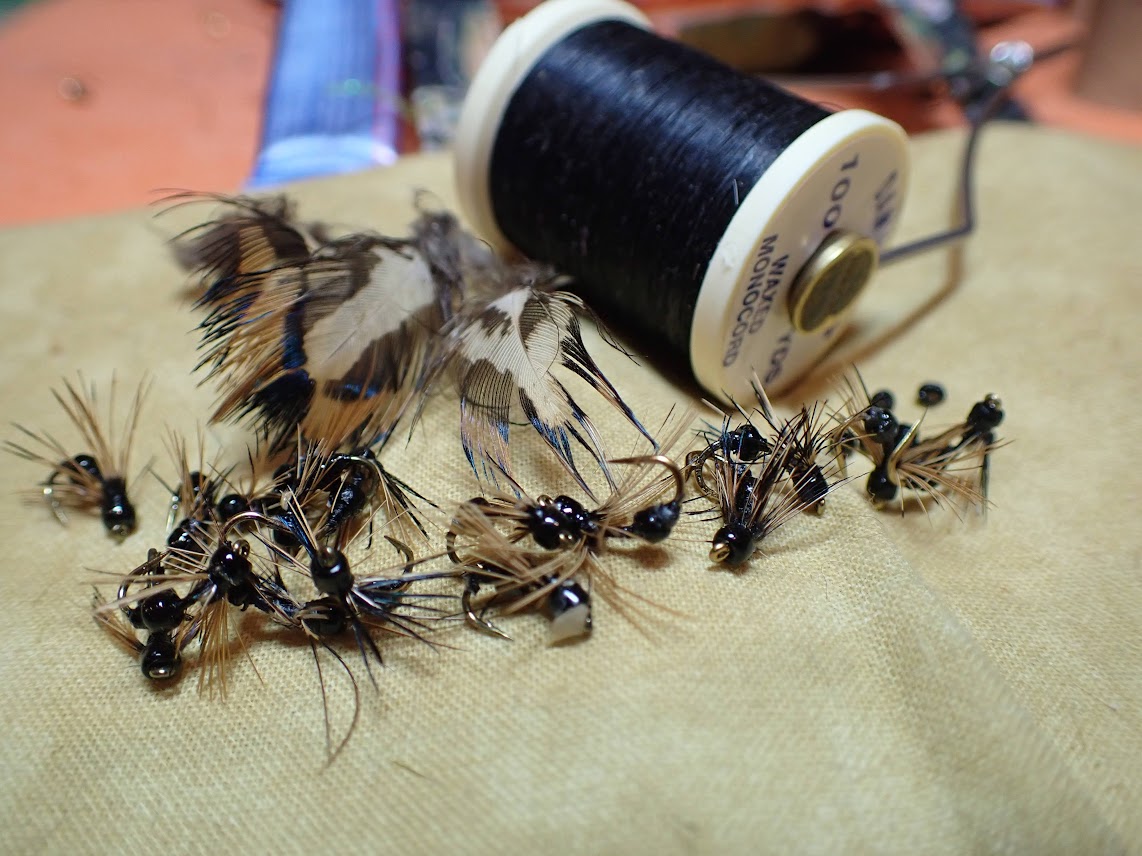