On several occasions during trips to the South Platte River in the spring I observed dense schools of spawning suckers. During one of these events, a decent blue winged olive hatch was in progress, and I was unable to entice surface takes. I pondered the idea, that the trout were chowing down on a high protein sucker spawn diet and consequently ignored the tiny mayflies. If you go to my 05/29/2014 post and scroll to a paragraph near the end, you will note, that I speculated on the effectiveness of sucker eggs during that outing in May. 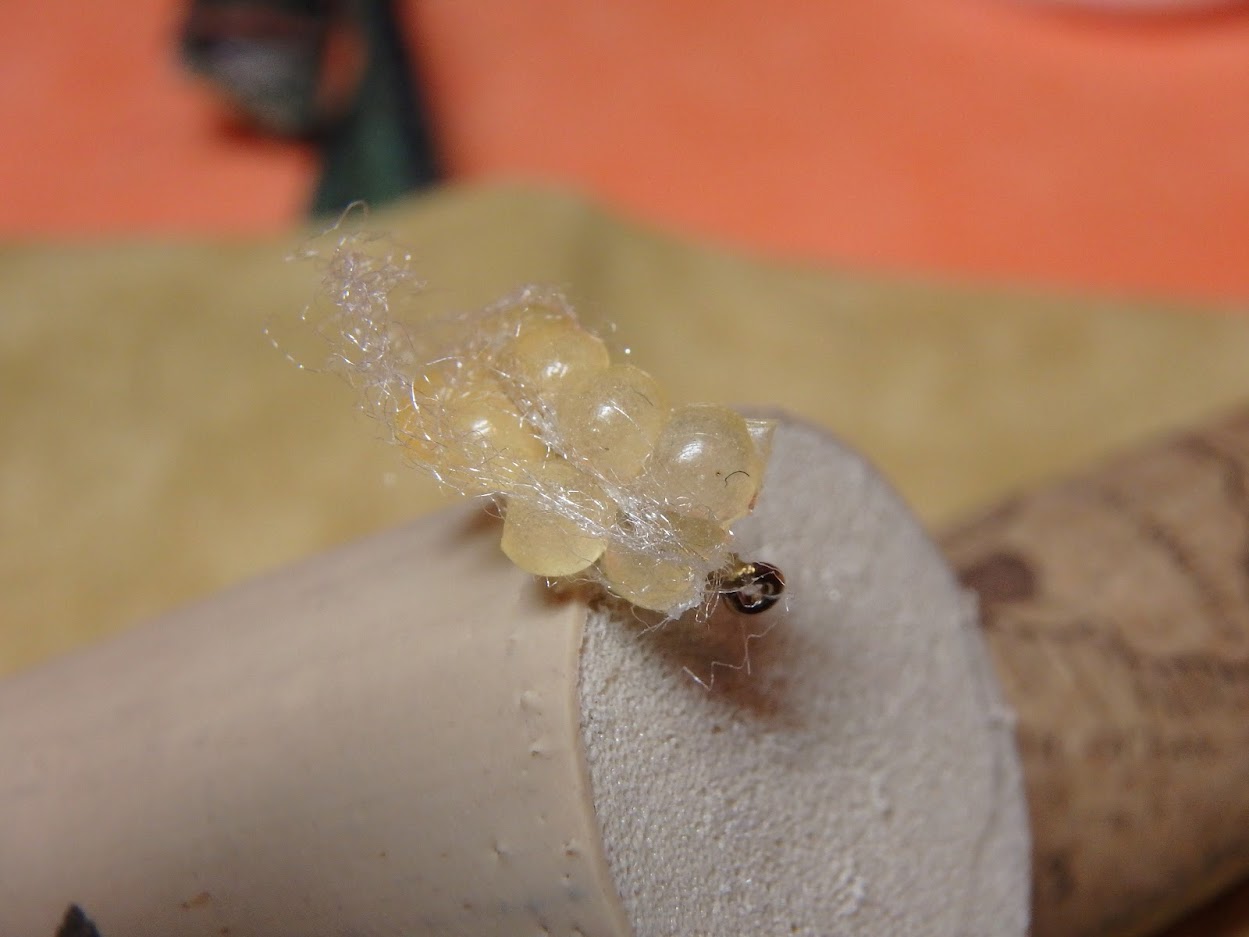 The Veil Over the Sucker Spawn Sac

Each year I attend the Fly Fishing Show in Denver during the first weekend in January, and 2019 was no different. As my friend, Steve, and I browsed the fly tier stations along the south wall, we approached the Otter Eggs area. Walt Mueller, the owner and founder of Blue River Designs and the originator of soft milking eggs, was present. After exchanging greetings, I related my theory about the prevalence of sucker spawn in the spring on the South Platte River, and he pointed to an article that was posted on the wall that described the very phenomenon that I referred to. In short, Walt confirmed that my observations were on target, and he then showed us a sucker spawn fly and demonstrated how to tie one. 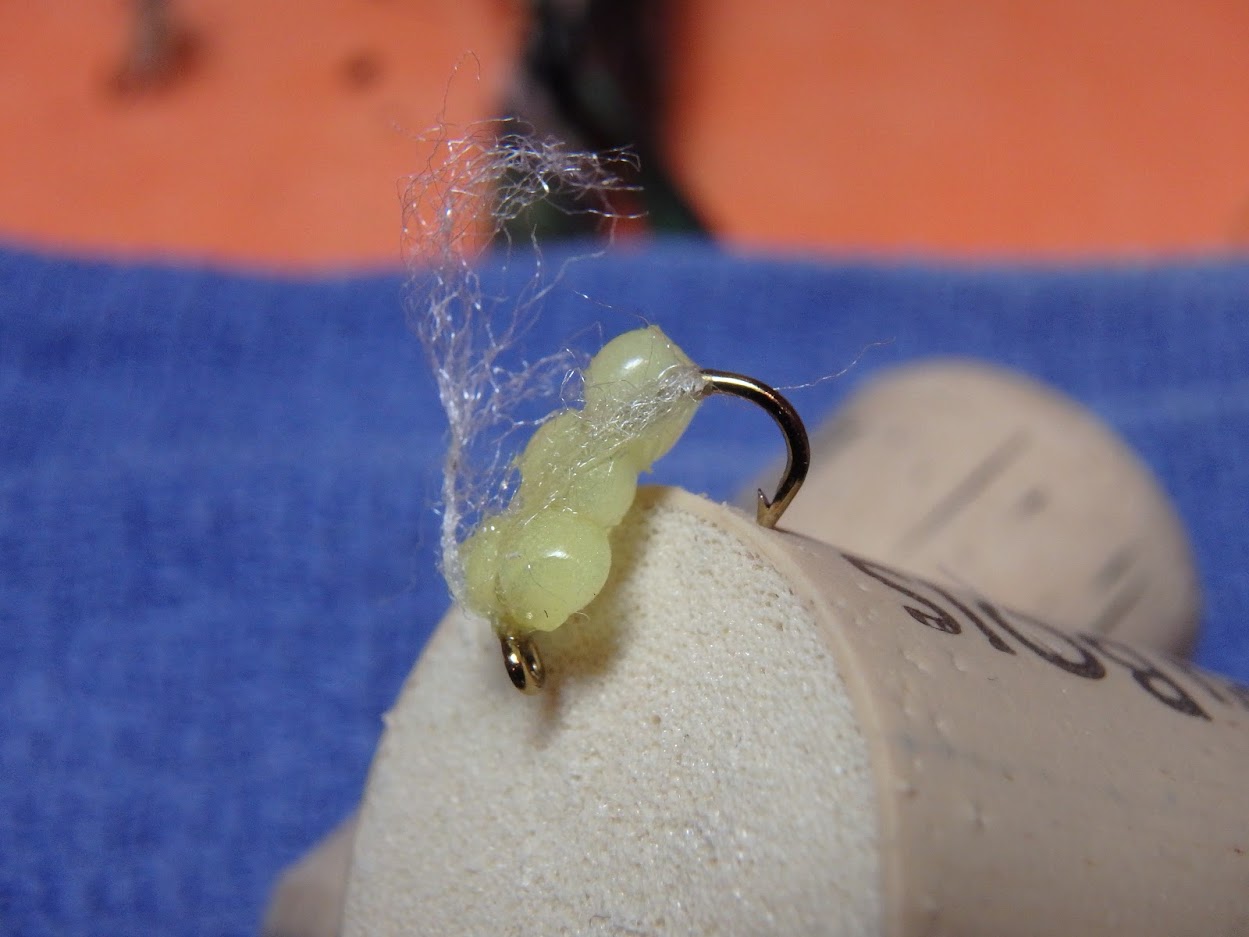 Since Steve and I fish the South Platte River in Eleven Mile Canyon together during the spring on a routine basis, we agreed to purchase a sucker spawn kit. It consisted of three strips of soft plastic eggs and a pack of veil material. When we stopped for lunch in the food area, we divided the pack in half, and at the end of the day I returned home and tossed the sucker spawn material kit on my fly tying countertop. 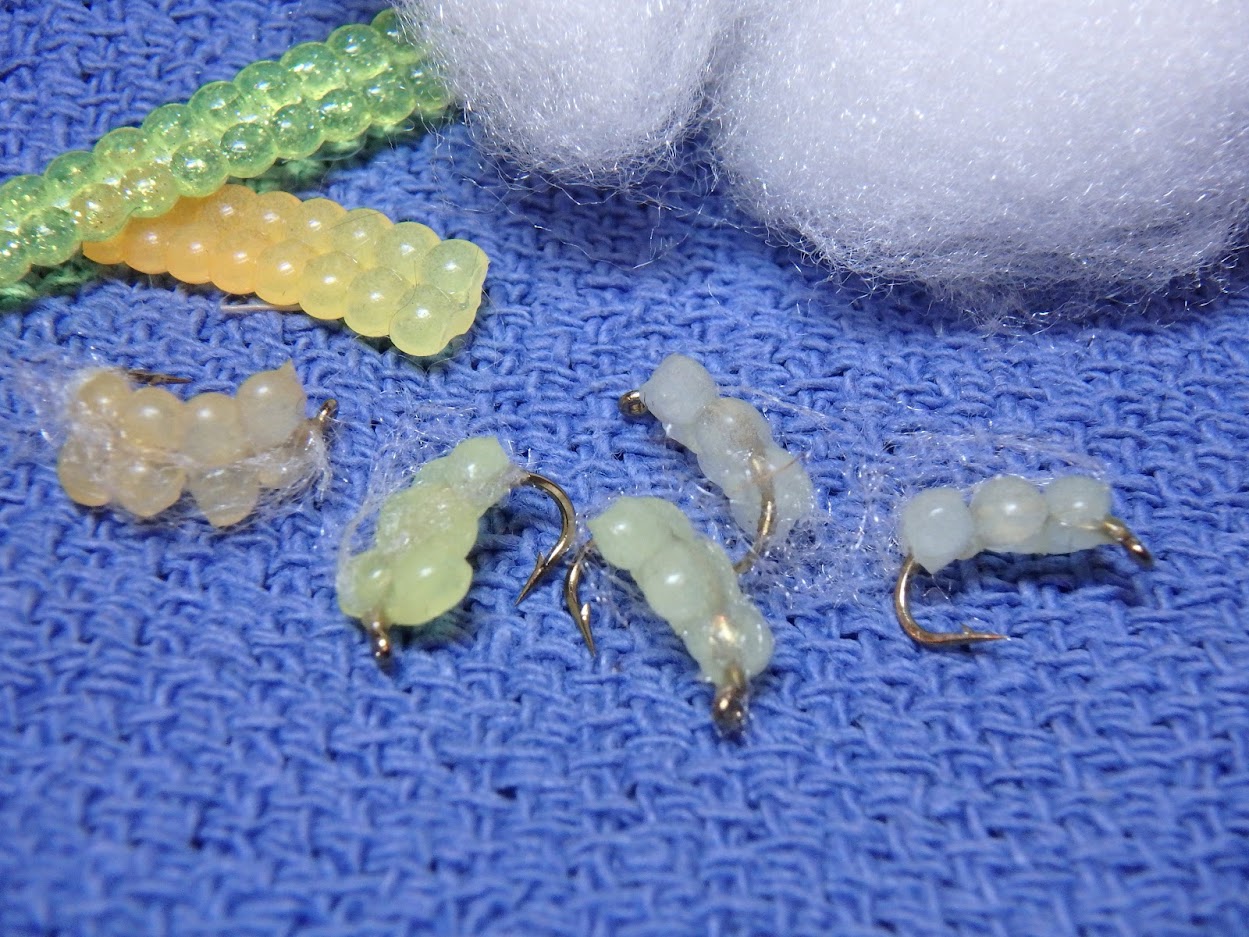 Walt included his business cards with the materials packs, and it referenced softmilkingegg.com, so I paid the site a visit and found detailed instructions for tying the sucker spawn egg clusters. Reading the steps and following the sequence of photos refreshed my memory from Walt’s demonstration, and it took me no more than an hour to manufacture five new sucker spawn flies. Although I had orange and yellow egg strips, I utilized the strip that progressed from clear to a light amber color. The output of my efforts look very similar to the photos of sucker spawn, and they closely matched the one that Walt tied and gave to me as an example.

Today I placed three of the sucker spawn flies in my fleece wallet, and I am anxious to test them on the South Platte River in the spring. Perhaps I will tumble them along the bottom of other Colorado streams, since suckers are not limited to the South Platte drainage. We remain in the grip of winter, so mild weather is all that is required for me to hit a local trout stream and test my new sucker spawn flies.