Fairly thorough descriptions of my history with stimulators, and how I utilize this versatile fly are available through links in my post of 01/29/2020. This classic fly possesses several desirable characteristics including buoyancy and visibility and the ability to imitate quite a few food organisms that are preferred on the trout’s menu. 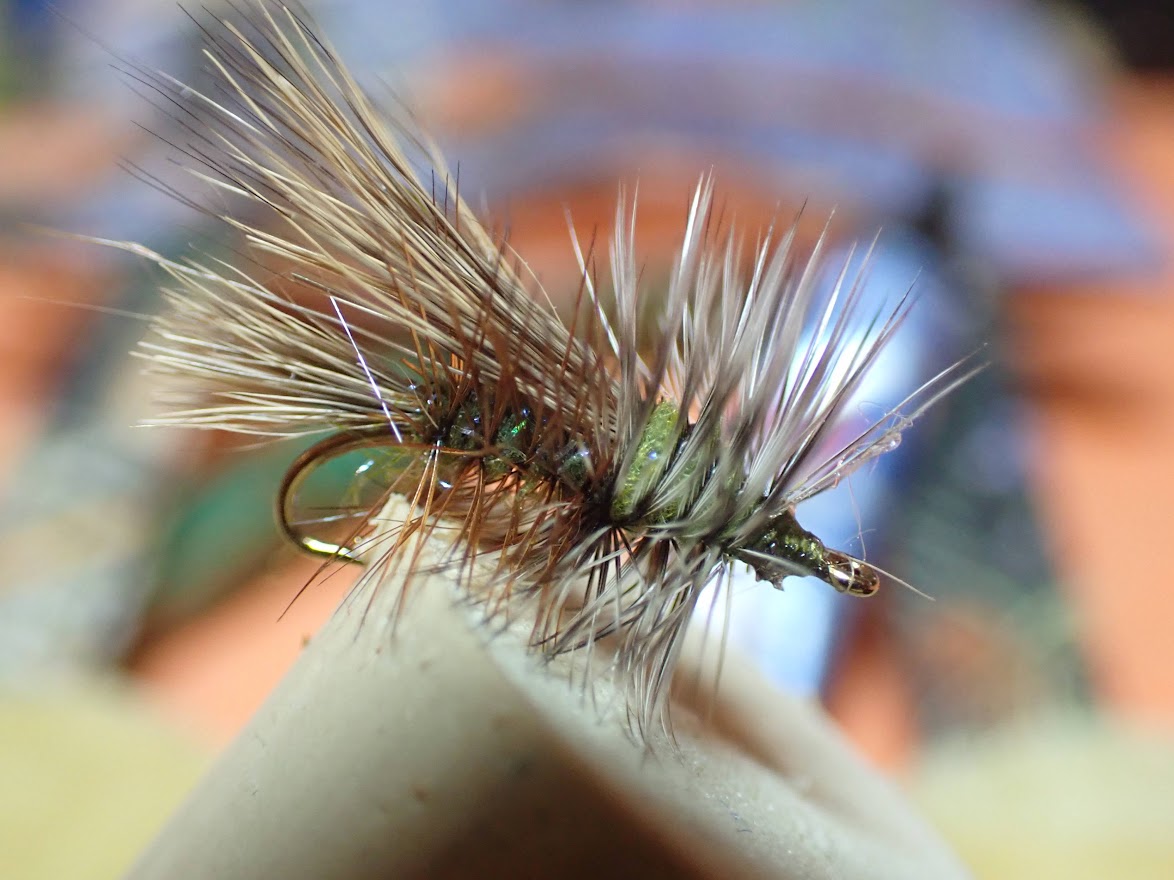 The classic stimulator is tied with a fine wire rib that is used to counter wrap the body hackle. I do not favor the added weight associated with even fine wire, so I deviate from this practice, although the step is included in the videos I viewed by Charlie Craven and Tim Flagler. After I build a solid thread base and add the deer hair tail, I move my thread to the area in front of the tail and tie in a size 14 saddle hackle of the desired color. Next I dub the rear half of the fly, and then I wrap the hackle forward to the end of the body and tie off. Otherwise, my stimulators follow the accepted recipe and steps. 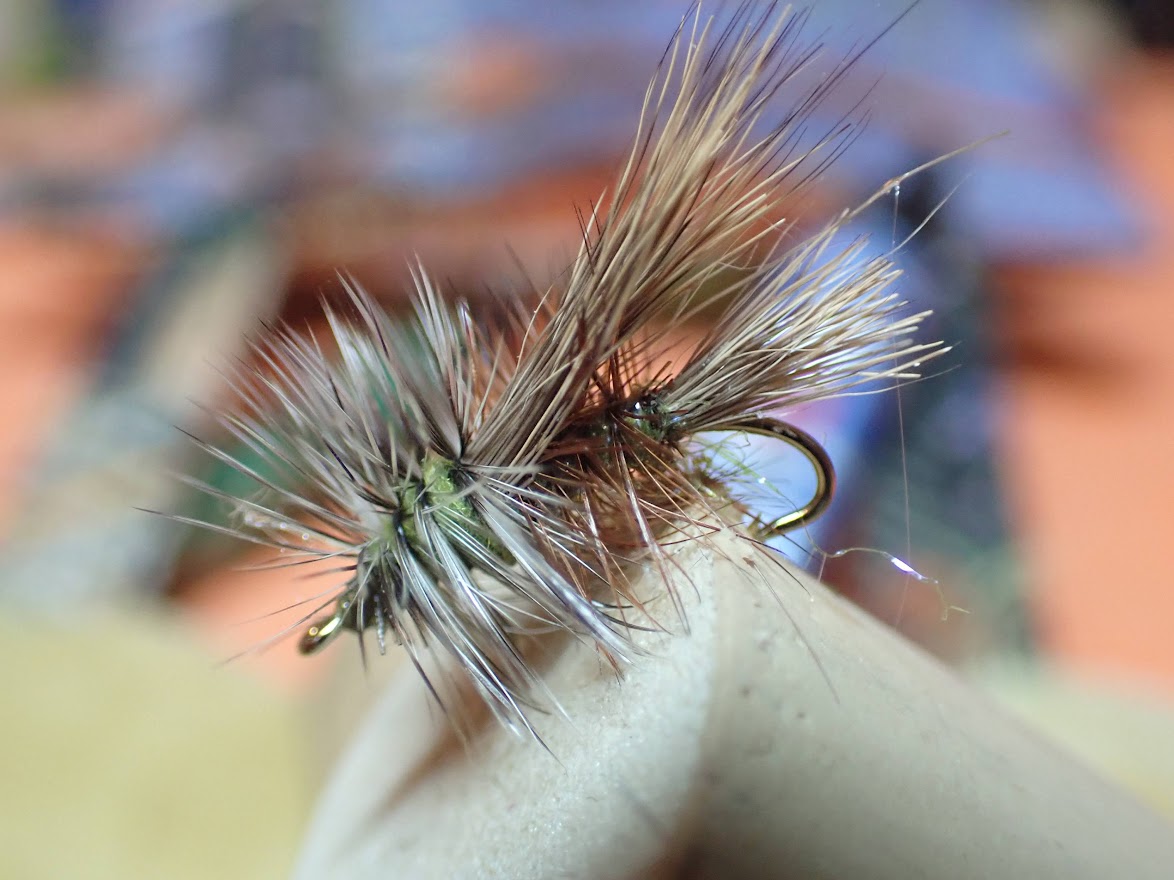 The most difficult aspect of tying a stimulator is avoiding the annoying result of crowding the hook eye. In order to avoid this unsightly circumstance, I end the abdomen at the midpoint of the shank, and this allows adequate space to add the deer hair wing, dubbing and the dense hackle of the stimulator collar. Do not tell me you were not forewarned. 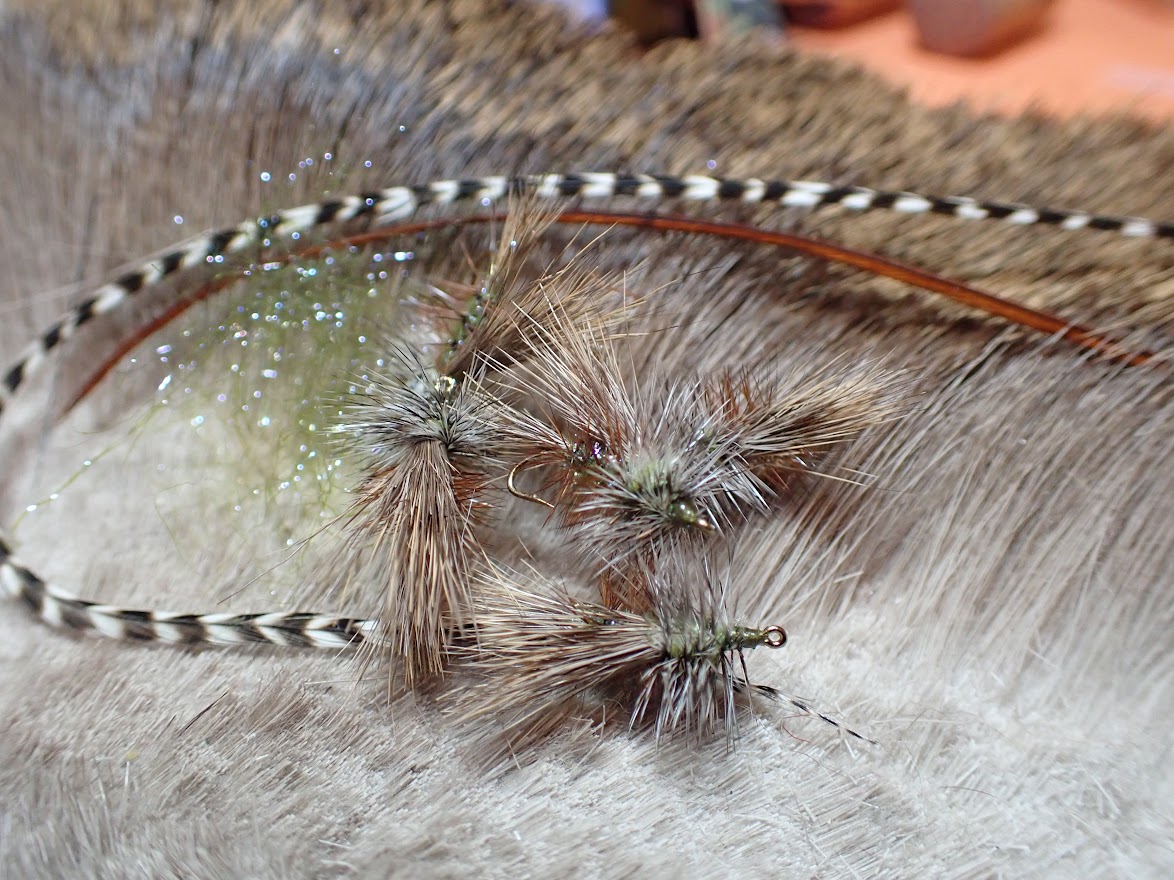 My stashes of stimulators of various colors were adequate for the upcoming season except for olive, so I settled into my swivel chair at my fly tying counter, and I produced five size 14 olives. These were not just ordinary olive stimulators; these possessed olive ice dub abdomens. The hint of flash amazingly shows through the densely hackled fly, and I am hopeful this will attract the attention of western trout.