I added the sparkle wing RS2 to my repertoire during the winter of 2017, and I used it with less than glowing results during the 2018 season. Last winter I replenished my supply and began the season with twenty, but when I counted my stock recently, I discovered that my inventory shrank to eleven. Clearly I utilized the sparkle wing version fairly often during 2019, and thus the decline in quantity. 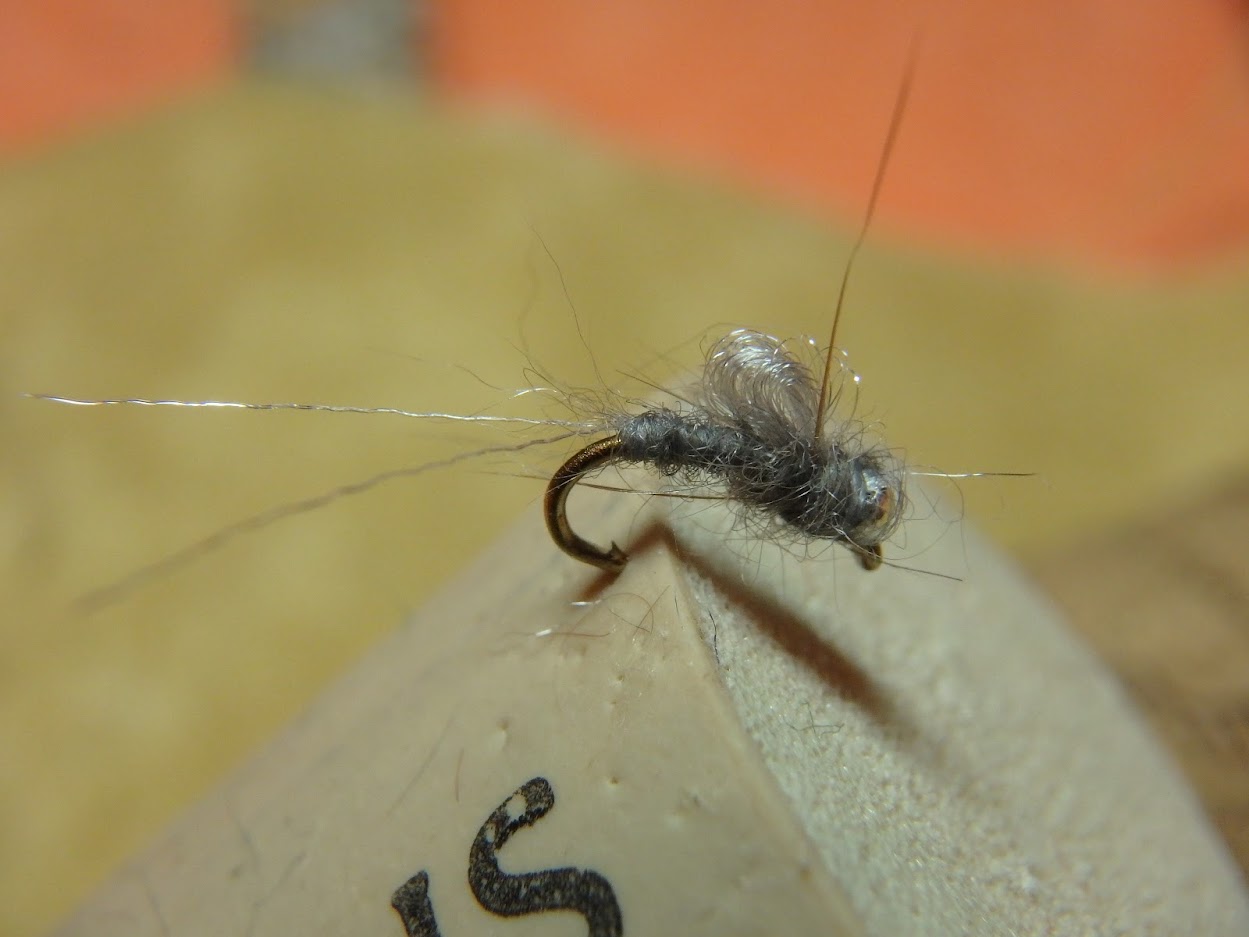 I added sparkle wing RS2s to my arsenal, after I noticed many anglers on Instagram testifying to their effectiveness. I am not totally sold that they are preferable to the classic version; however, I acknowledge that they possess significantly more flash, and perhaps during emergence situations are superior fish attractors. My post of 01/17/2019 provides a bit more information regarding my shift to the sparkle wing. The tying steps follow those of the classic RS2. For a materials table refer to my 01/21/2011 post, but replace the tail with fluoro fiber and utilize white antron fibers for the wing instead of the fluff from a pheasant body feather. 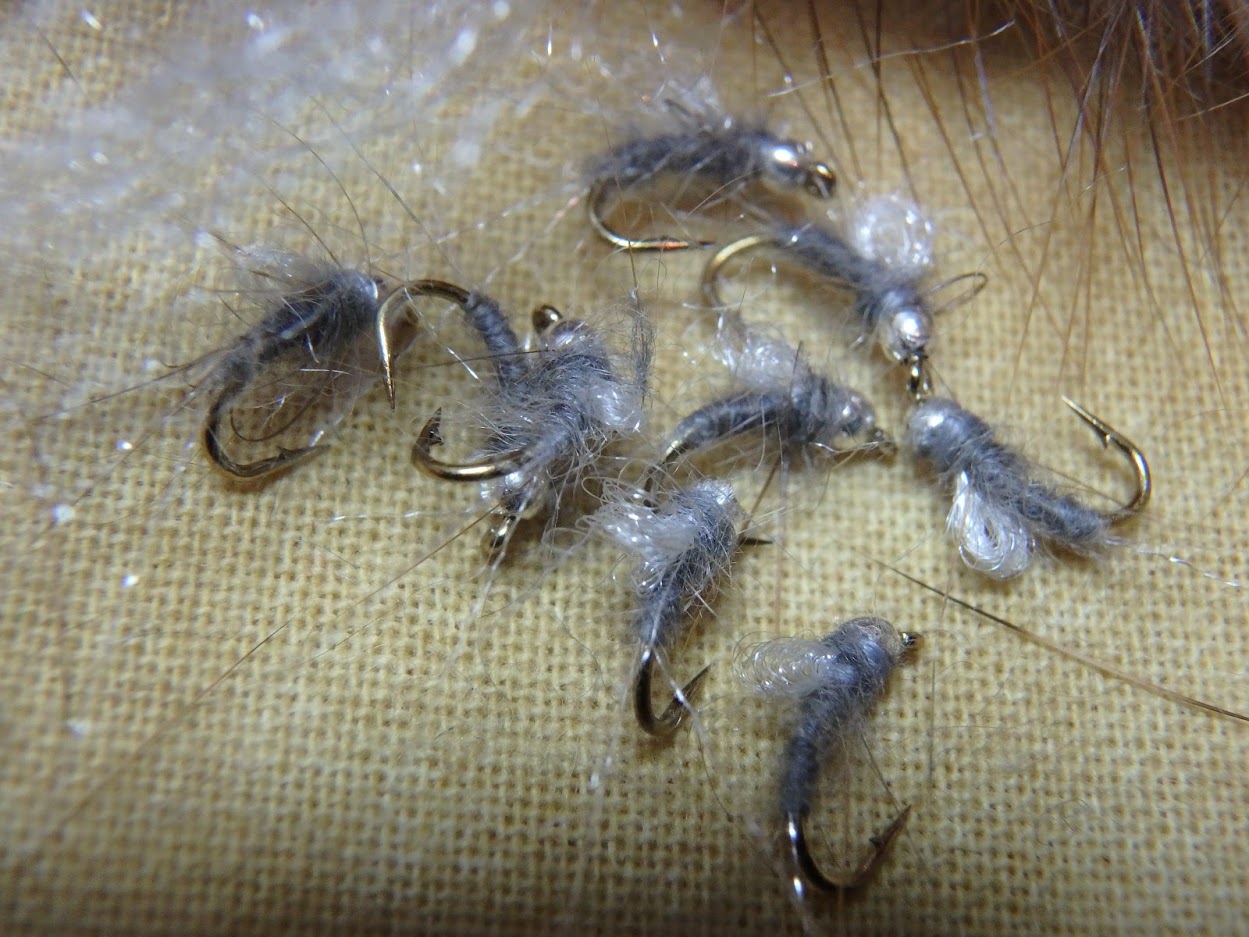 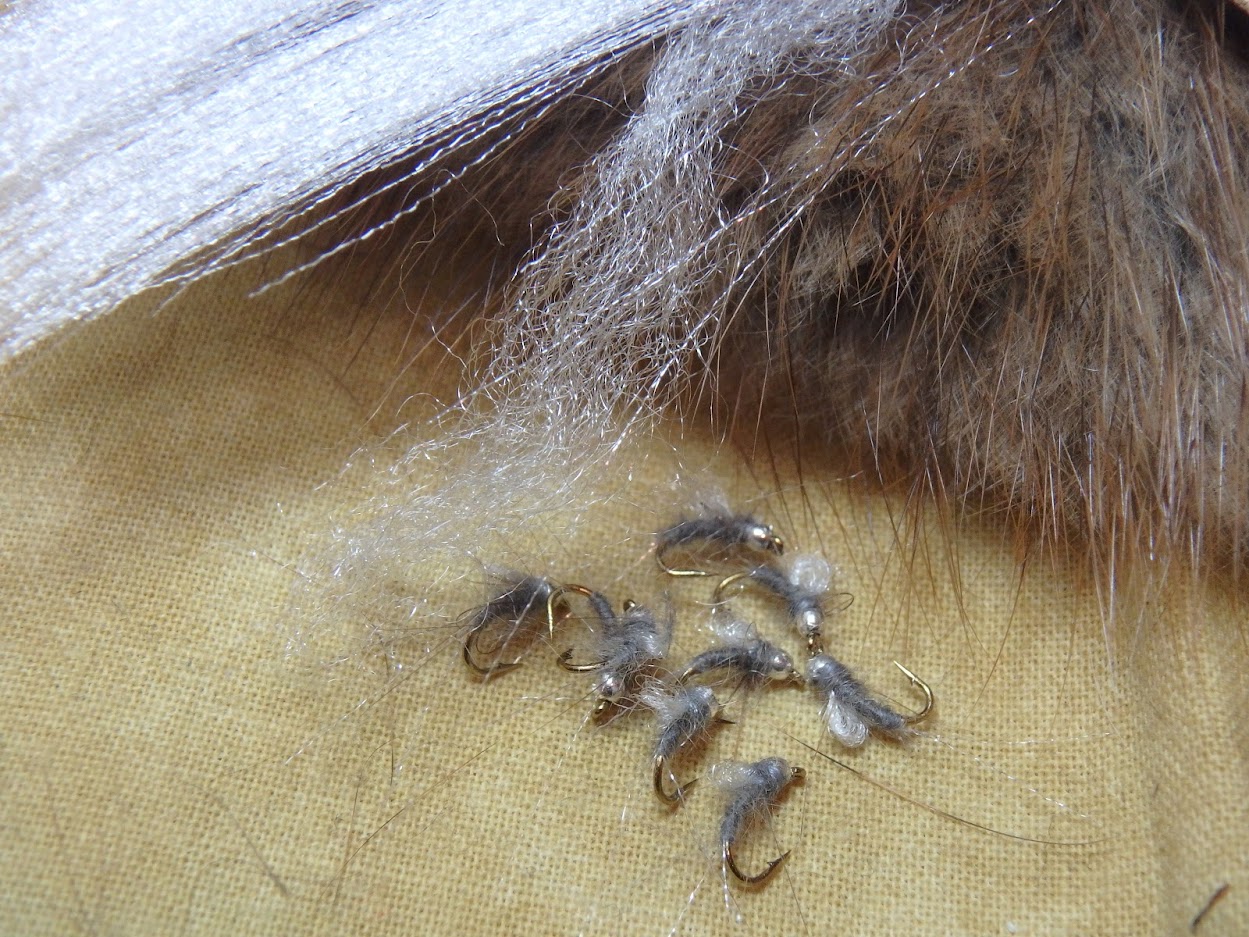