Another nice fall day was in the forecast for Tuesday, October 11, so I decided to take advantage with a fishing day trip. I checked a report on the South Platte River in Eleven Mile Canyon, and the mention of tricos and blue winged olives sealed the deal. I made the drive to a favorite pullout along the South Platte River in Eleven Mile Canyon, and a check of the dashboard thermometer revealed an air temperature of 53 degrees at 10:35AM. I elected to pull on my light down coat, and I rigged my Sage R8 four weight, before I departed and hiked .3 mile up the dirt road to a place, where a manageable angled trail allowed me to safely descend to the river. The river was rushing along at 134 CFS, and that was a bit higher than what I am used to, but clarity was excellent, and wading was conducive to moving along the river with relative ease. 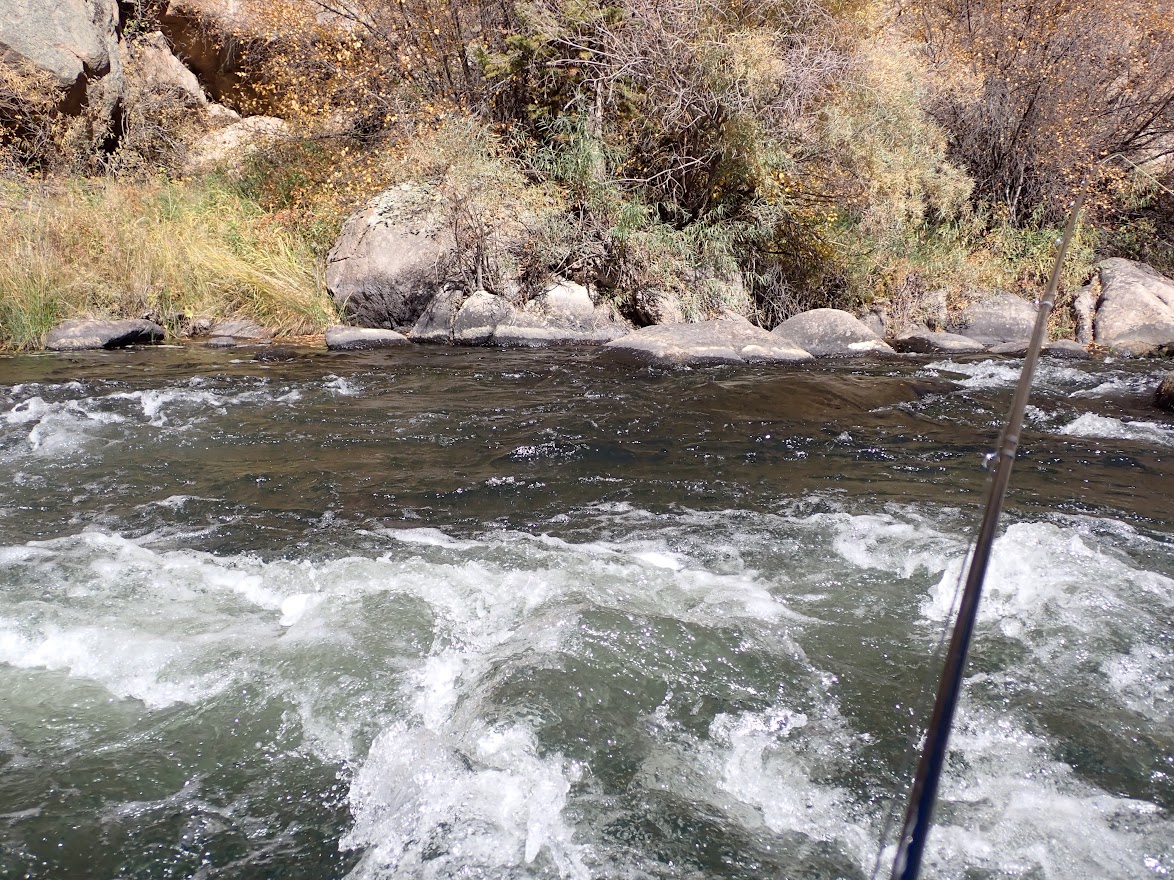 The air was devoid of any insect activity, so I began my day with a New Zealand strike indicator, split shot, 20 incher and hares ear nymph, and within the first thirty minutes I landed an eight inch rainbow and foul hooked another. Before I stopped for lunch at noon, I added a second small rainbow, after I swapped the hares ear for a sparkle wing RS2. The morning session included some prime pools and runs, so I was somewhat disappointed with the deep nymphing effectiveness. I ate my lunch overlooking my favorite long, smooth pool, which was occupied by a young female angler. She was flinging a nymph rig as well with an orange strike indicator, and she landed a respectable fish, as I looked on. 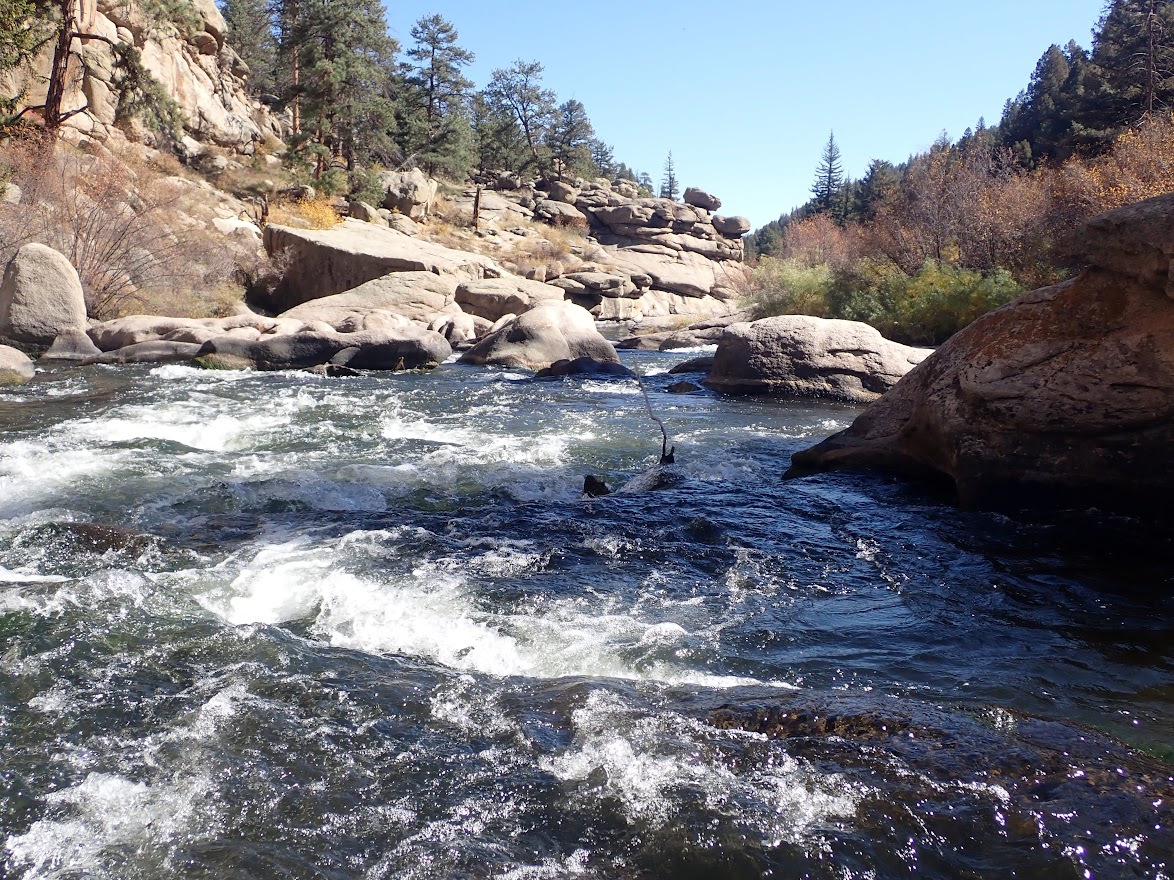 After lunch I changed my approach to a single CDC BWO, and the move paid off quickly, when an eleven inch brown rose to sip the tiny olive mayfly imitation. Just above the place where I landed the brown, I sighted some nice trout, and they were rising to something miniscule. I dwelled at that one small eddy far too long, as I attempted to interest three fish in my CDC BWO, but they were having none of it, even though they rose to naturals sporadically around my fly. I finally admitted defeat and moved upstream through some pockets, where I added another small rainbow to the count. 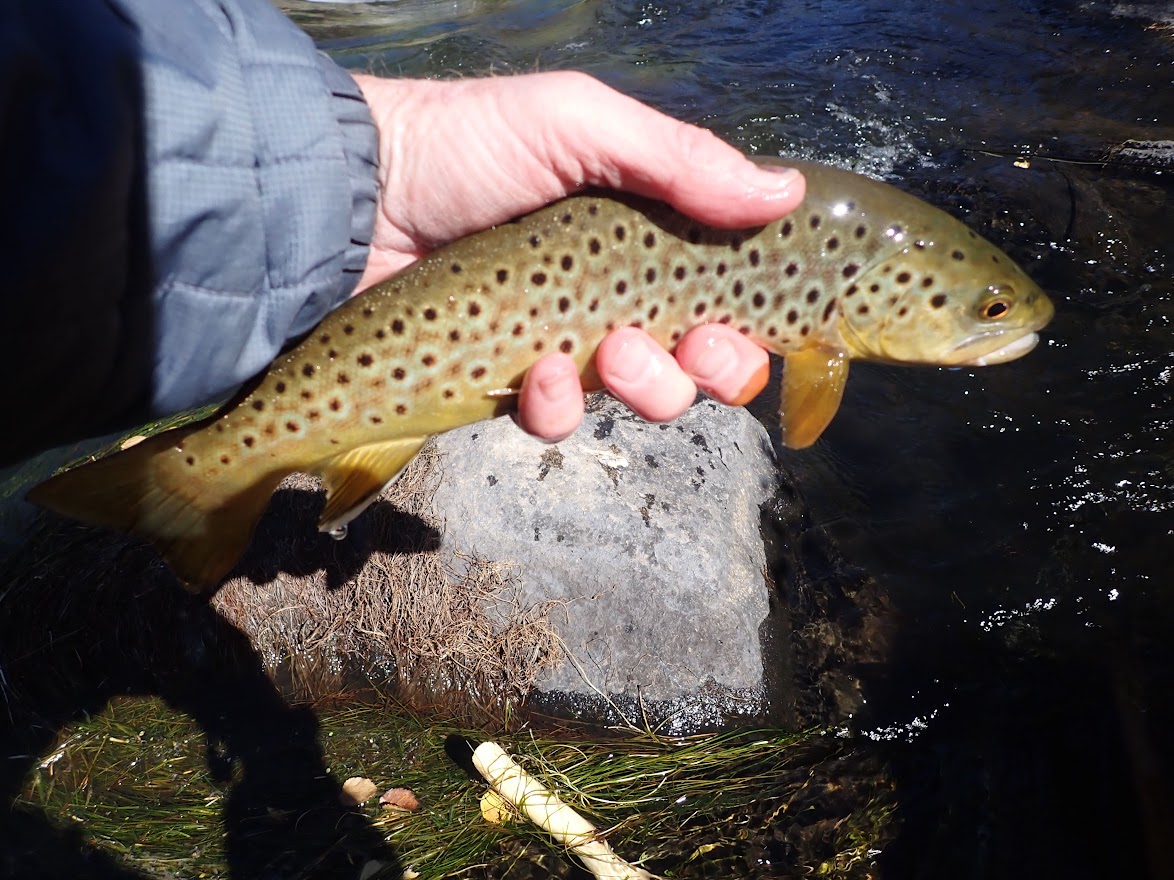 My next stop was the nice pool next to some large boulders with vertical walls along the river, and here I converted to a peacock hippie stomper trailing a CDC olive: but, surprisingly, I never saw a rise in this area nor did the trout exhibit any inclination to eat my fly. A father and son team occupied the large bend pool, so I circled around them and moved fairly quickly to the long smooth pool that exists along the east bank below the entrance to the first of a series of tunnels. 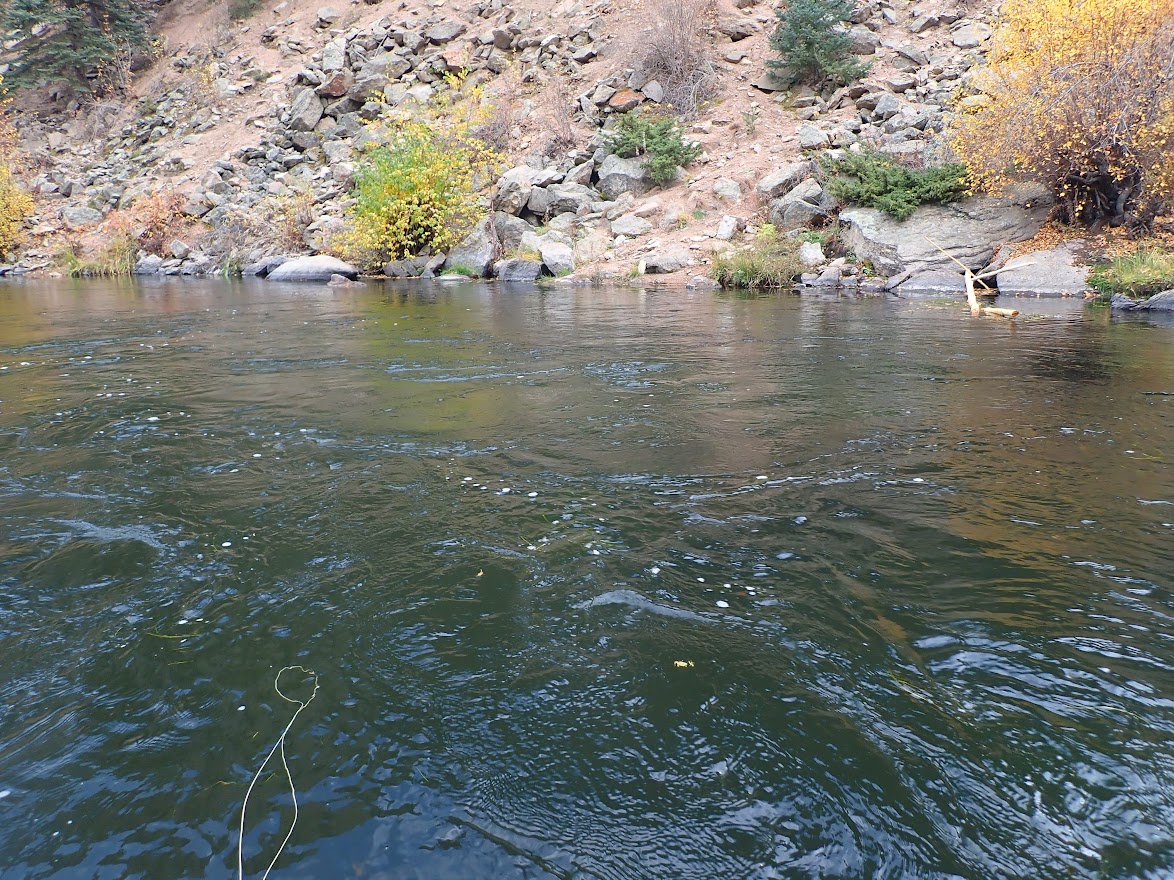 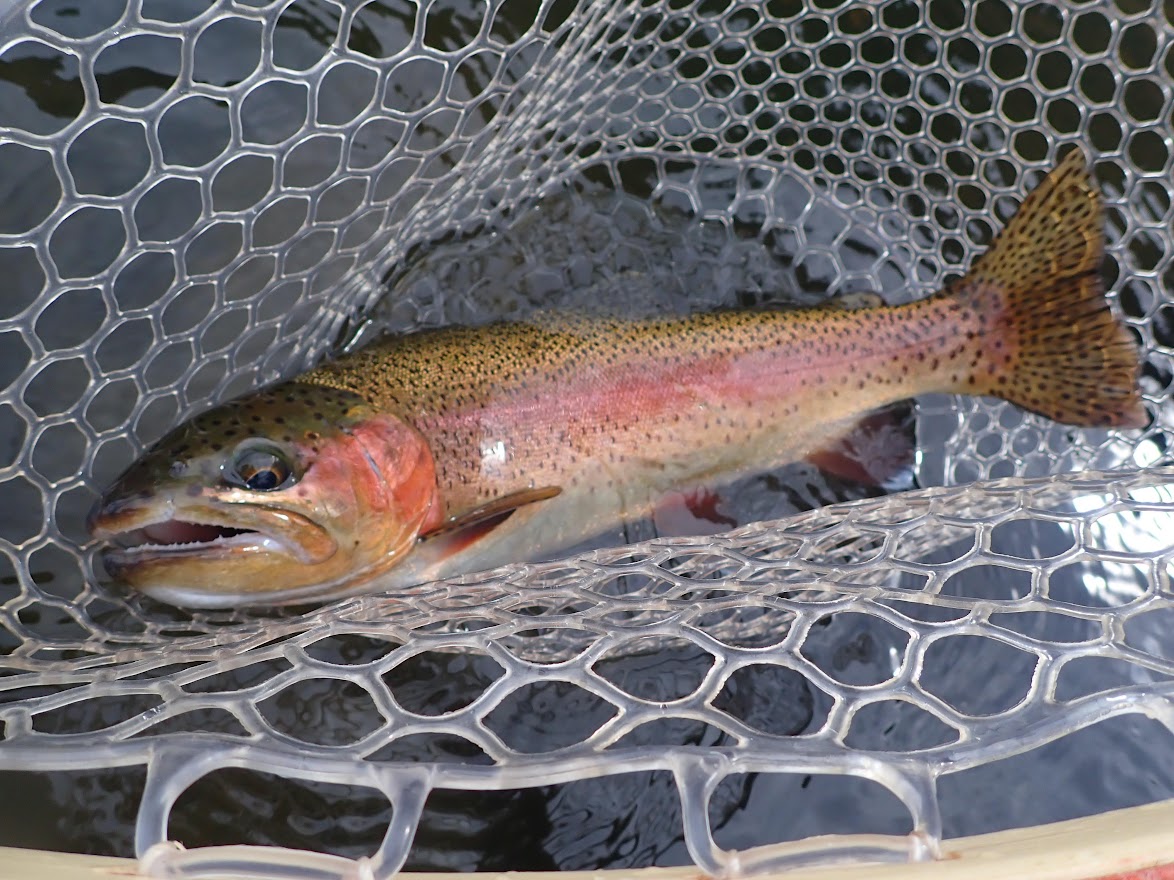 Almost immediately I spotted a pair of rises at the extreme downstream end of the long pool, so I lobbed some casts across and down, and checked my cast high to create a soft landing and a bit of slack. On the fourth such drift, a small but fat brown trout smacked the CDC BWO. This fish was oddly shaped, as if it was moving toward a bluegill figure, as it displayed a disproportionate girth for its stubby length. The other trout that showed itself upon my arrival never surfaced again, so I carefully waded toward the midsection. During this phase of my day, small dark clouds periodically blocked the sun, and this generated wind, and the frequency of rises increased. My CDC BWO, however, was ignored, so I spent an inordinate amount of time doing what Deming said not to do. I was repeating my action and expecting different results, and that was a recipe for failure. Finally I began to experiment with different size CDC BWO’s, but again this was not the answer, until I plucked a size 22 Craven soft hackle emerger from my box and applied floatant to fish it in the surface film. 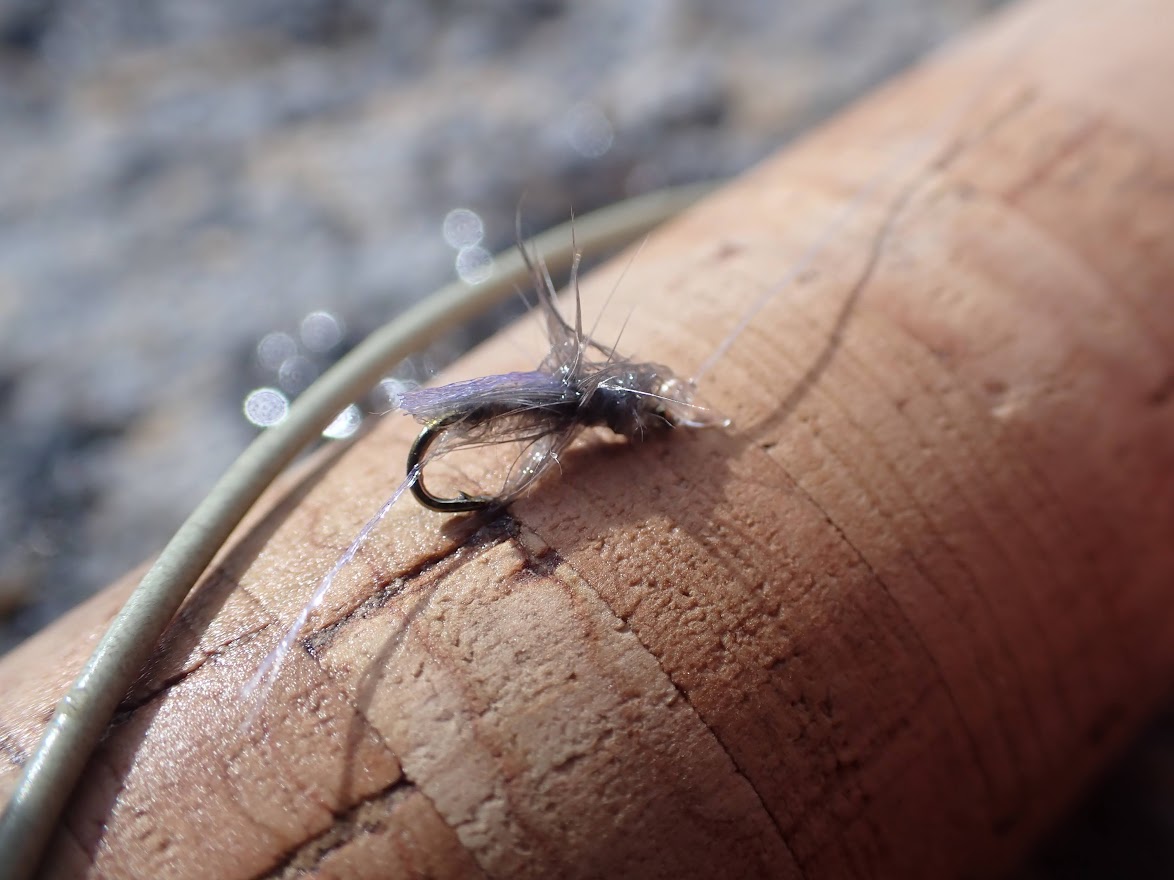 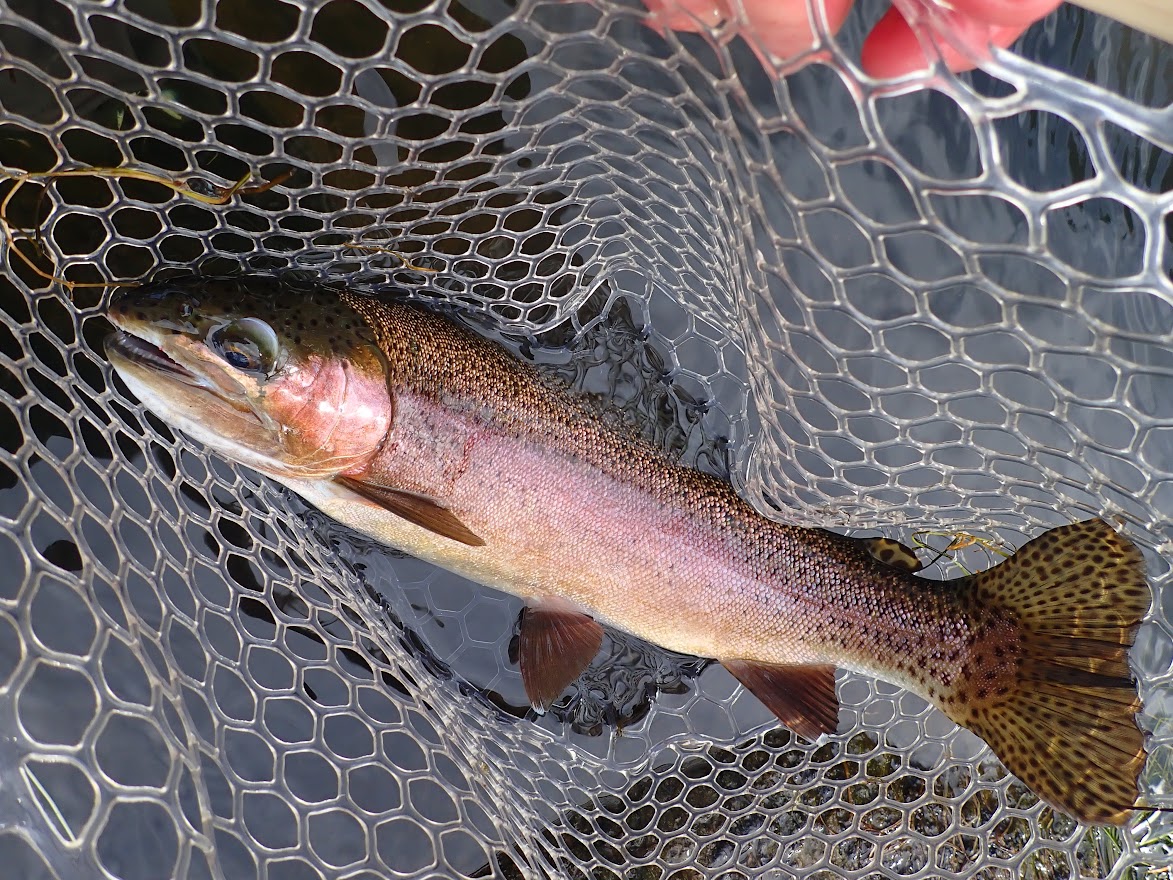 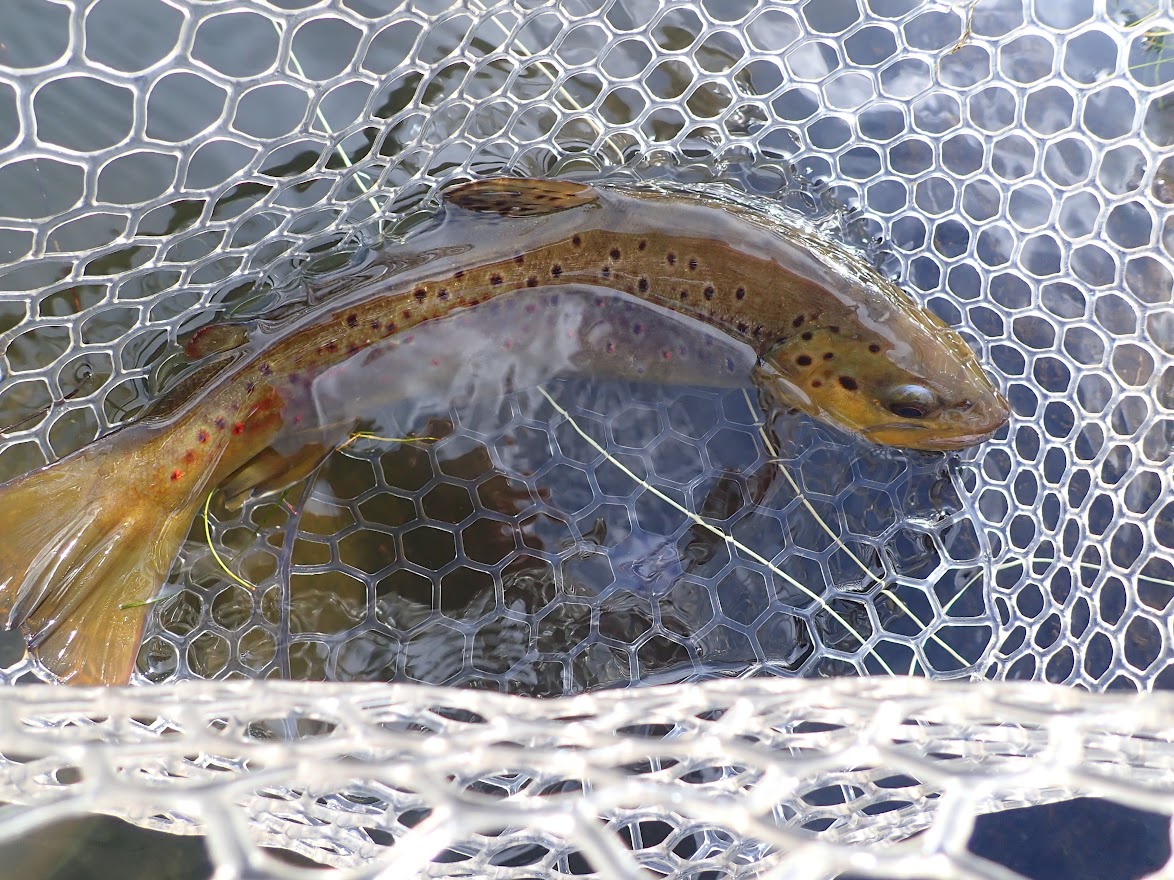 What a positive move this turned out to be! I cast across to a slightly riffled spot on the other side of the center current, and a fat sixteen inch rainbow smashed the emerger with confidence. I battled this strong fighter longer than usual, but I rejoiced, when I slid my net beneath the prize. Over the remainder of the afternoon I landed five more trout to boost the fish count to eleven, and the last six fish on the day were all in the thirteen to sixteen inch range with plenty of girth. Two very respectable browns were part of the haul, and the remainder were rainbows including one that nearly matched the sixteen incher. Who knew that a soft hackle emerger fished like a dry fly was the solution to the South Platte River fish feeding puzzle? 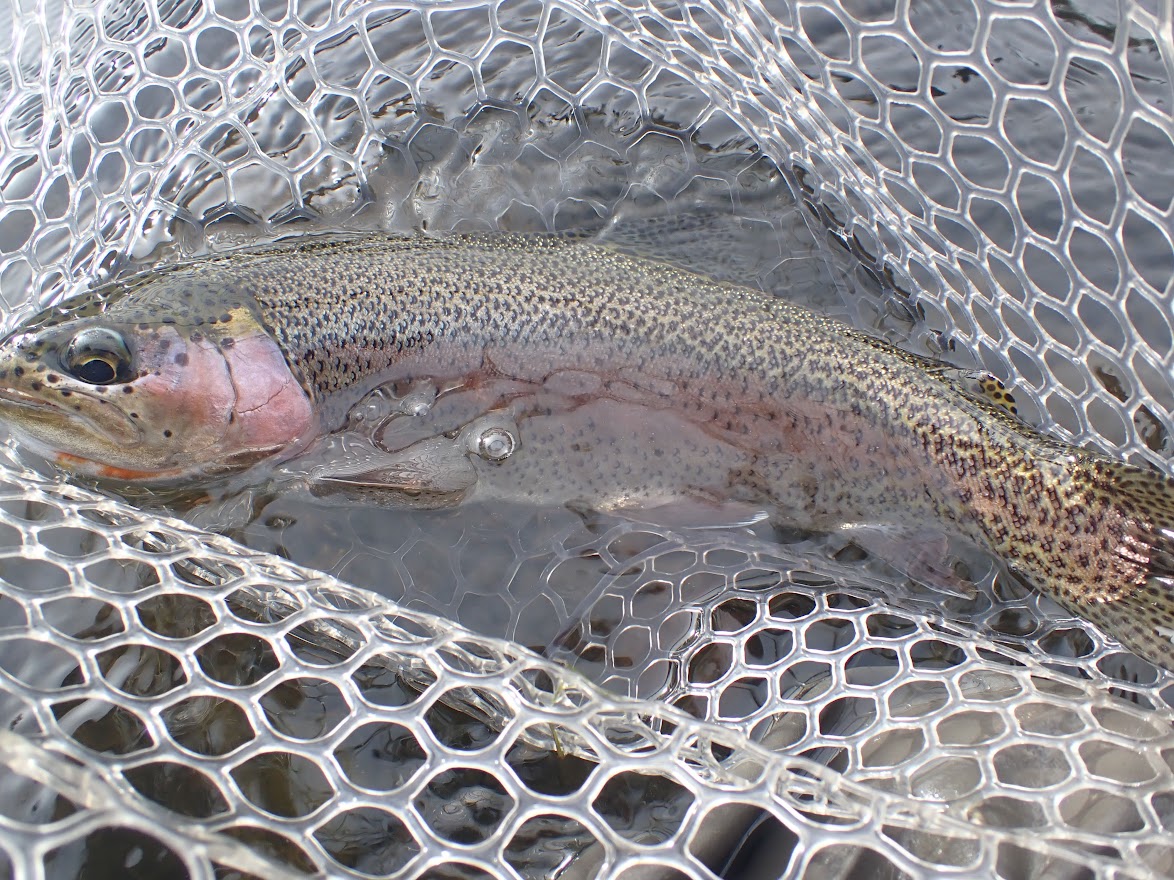 I had written the day off as a four fish disappointment, and I ended up in double digits with some very respectable fish. Of course there were a few long distance releases and refusals over the five hours of fishing, and I could have easily run the count to fifteen with a better conversion rate. This experience made me wonder what the hatch would be like on a rainy day, or one with heavier cloud cover. I would like to find out, although I might have to endure some fairly chilly temperatures. 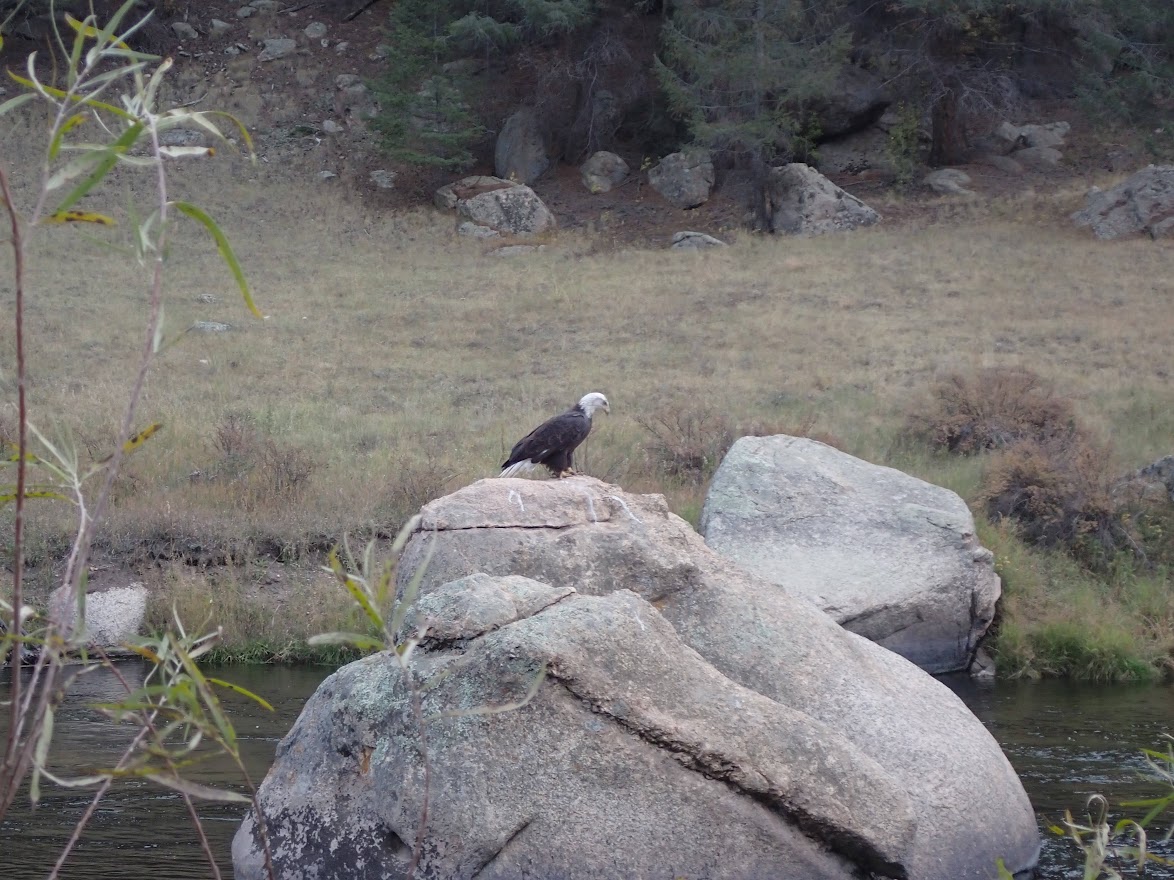