Location: Between Rollinsville and East Portal

Thursday was another adventure on heretofore never fished water in Colorado. In fact, fishing new water has become a theme for my 2020 season, and a few interesting destinations remain on my list for the autumn season. I noticed the public section of South Boulder Creek on our several trips to and from the East Portal to hike the popular trail. 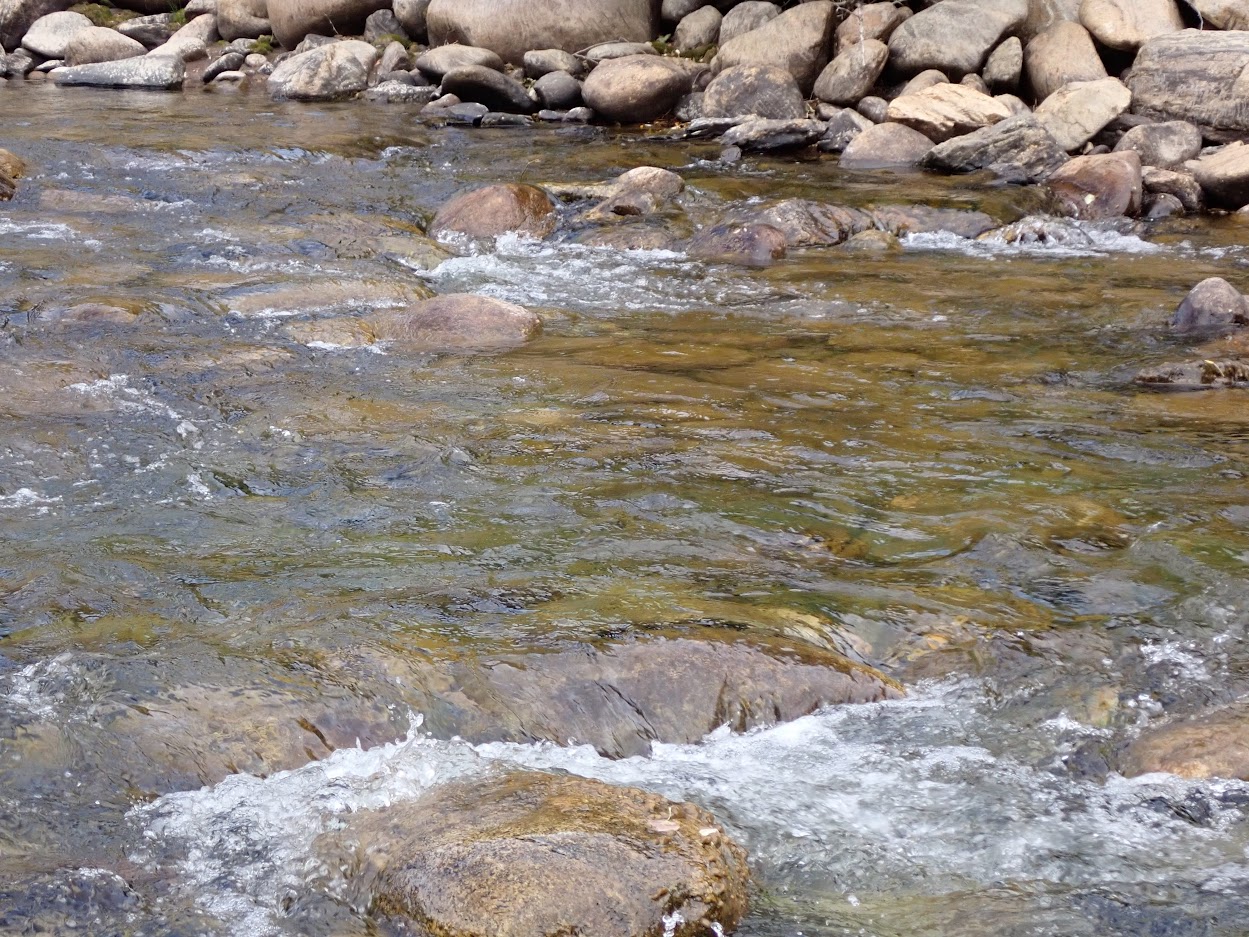 The dashboard registered sixty degrees, as I prepared to fish, so I wore my Under Armour long sleeve insulated shirt and a fleece hoodie, This created comfort during the morning and early afternoon, but eventually I concluded, that I was overdressed. I slid my four piece Sage four weight together and hiked downstream along the dirt road, until I found a more gradual path for my descent. I was unfamiliar with the section, but my instincts paid off, when I entered the creek just above a no trespassing sign. When I observed the stream from high above on the road, I feared that it was quite low, but this assessment proved deceiving, as the flows were decent for late September. 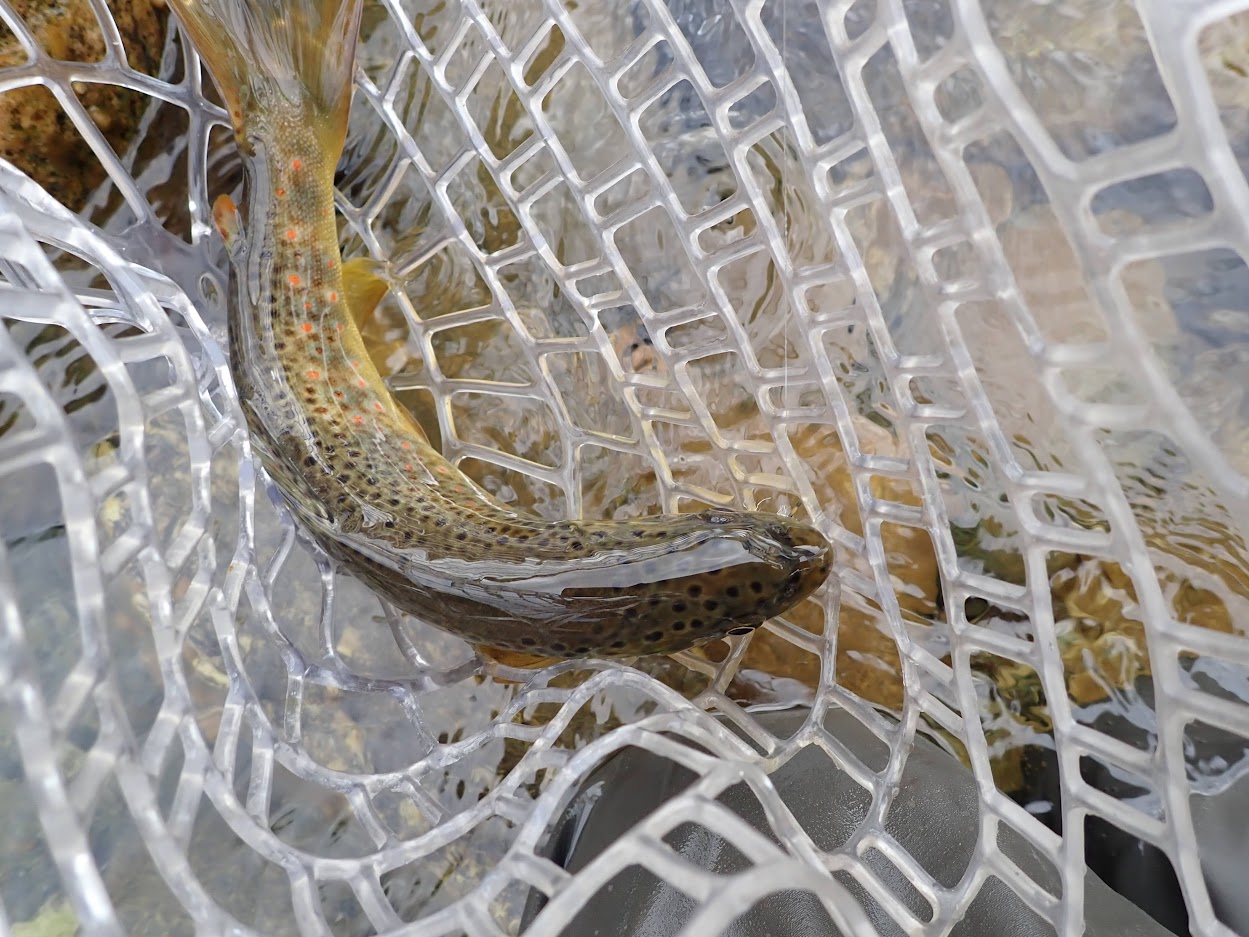 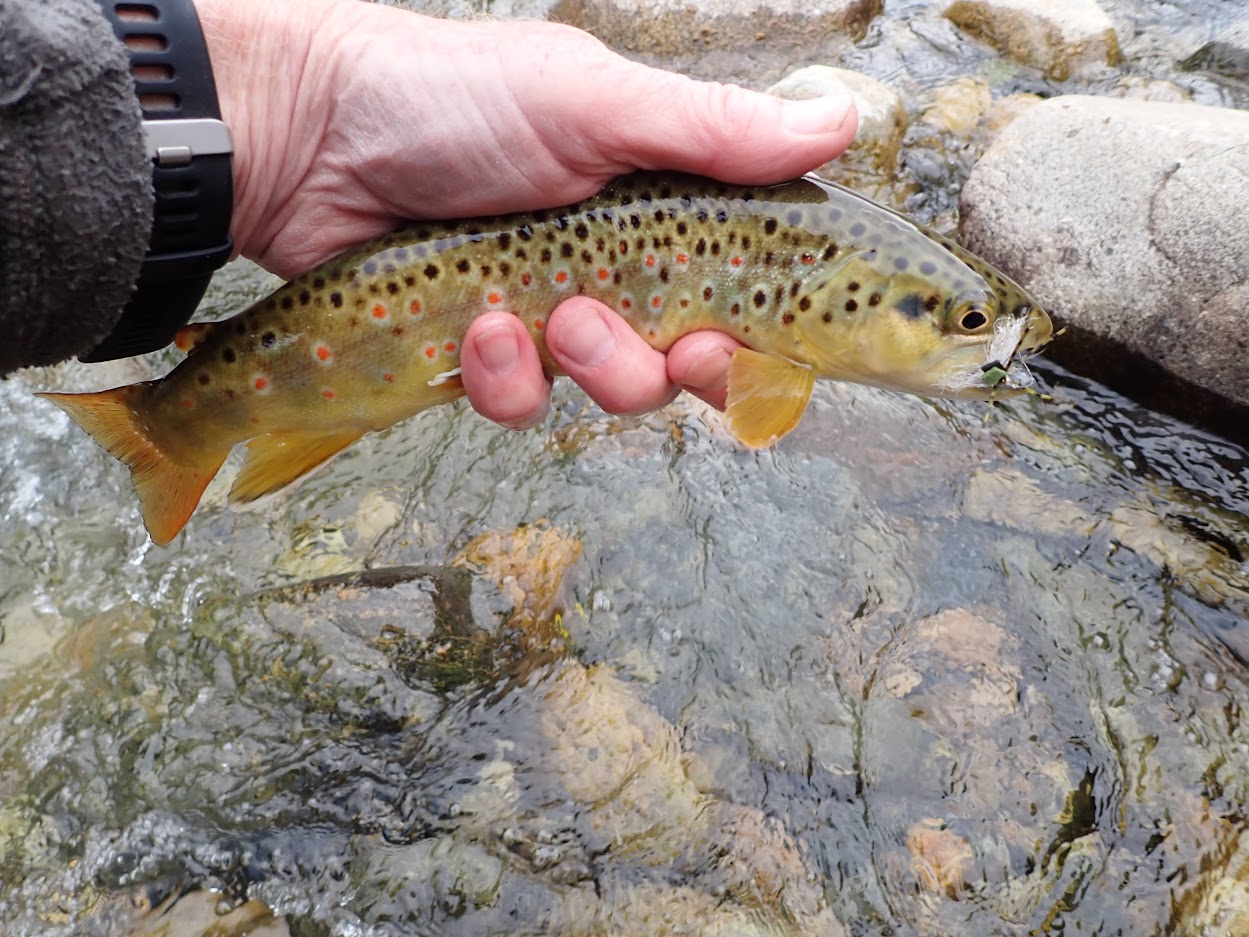 I selected a hippie stomper from my MFC fly box and tied it to my line. The next twenty minutes were the highlight of my day, as five brown trout aggressively smacked the size 12 attractor. A couple of the browns measured eleven inches and proved to be some of the best fish of the day. I was pleased with the confidence shown by the resident trout, and my optimism soared with the hope, that I discovered yet another mountain stream destination. 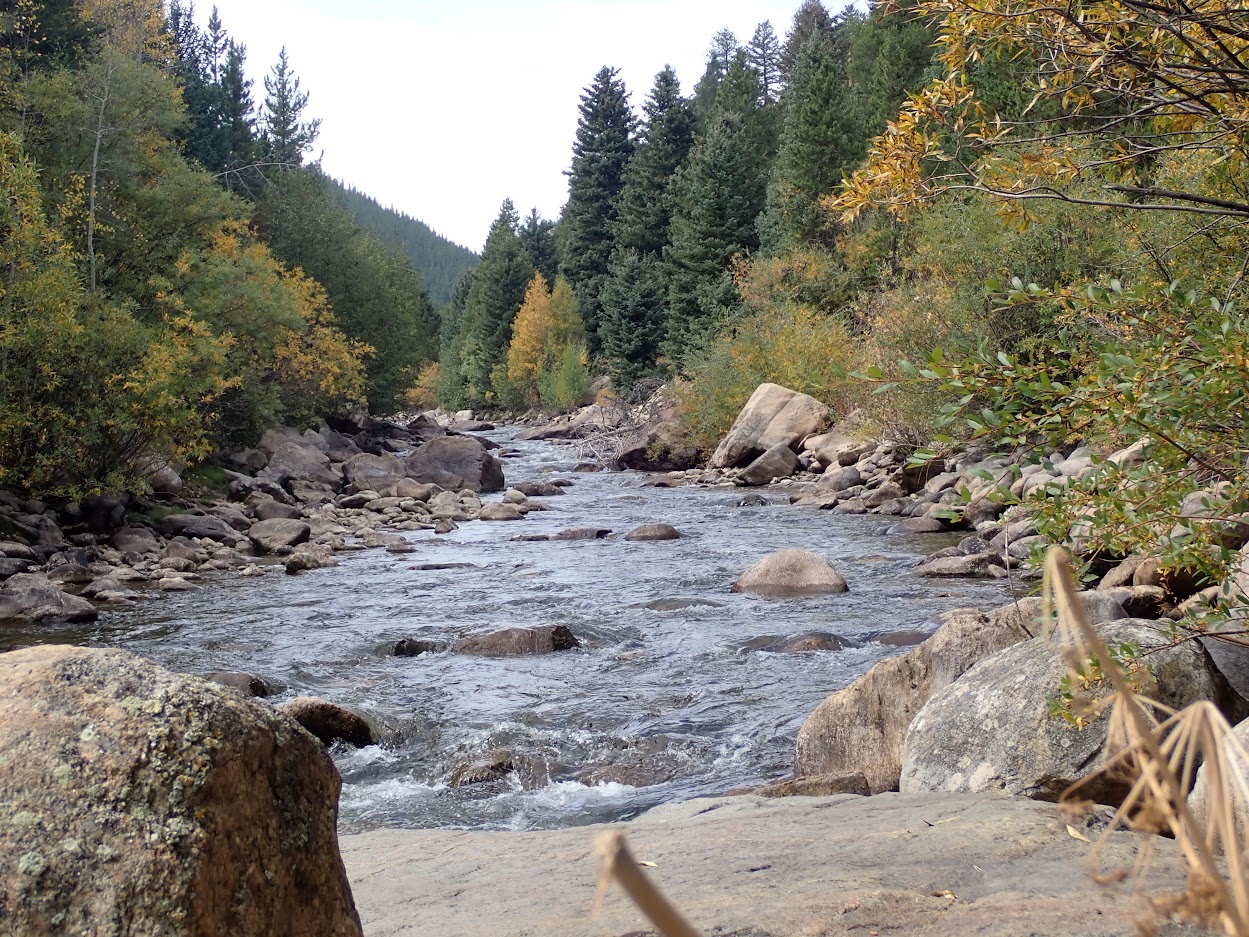 Leaves, They Are A’Changing

Unfortunately the easy dry fly fishing did not endure, and I suffered through an extended dry spell. This period of inaction convinced me to convert to a dry/dropper approach, and I aligned my lineup with a tan pool toy hopper, pheasant tail nymph and hares ear nymph. The pace of action improved, but I never regained the magic of the first twenty minutes. The fish count climbed from five to ten between 11:00AM and 1:00PM, and the hares ear was responsible for most of the landed trout. 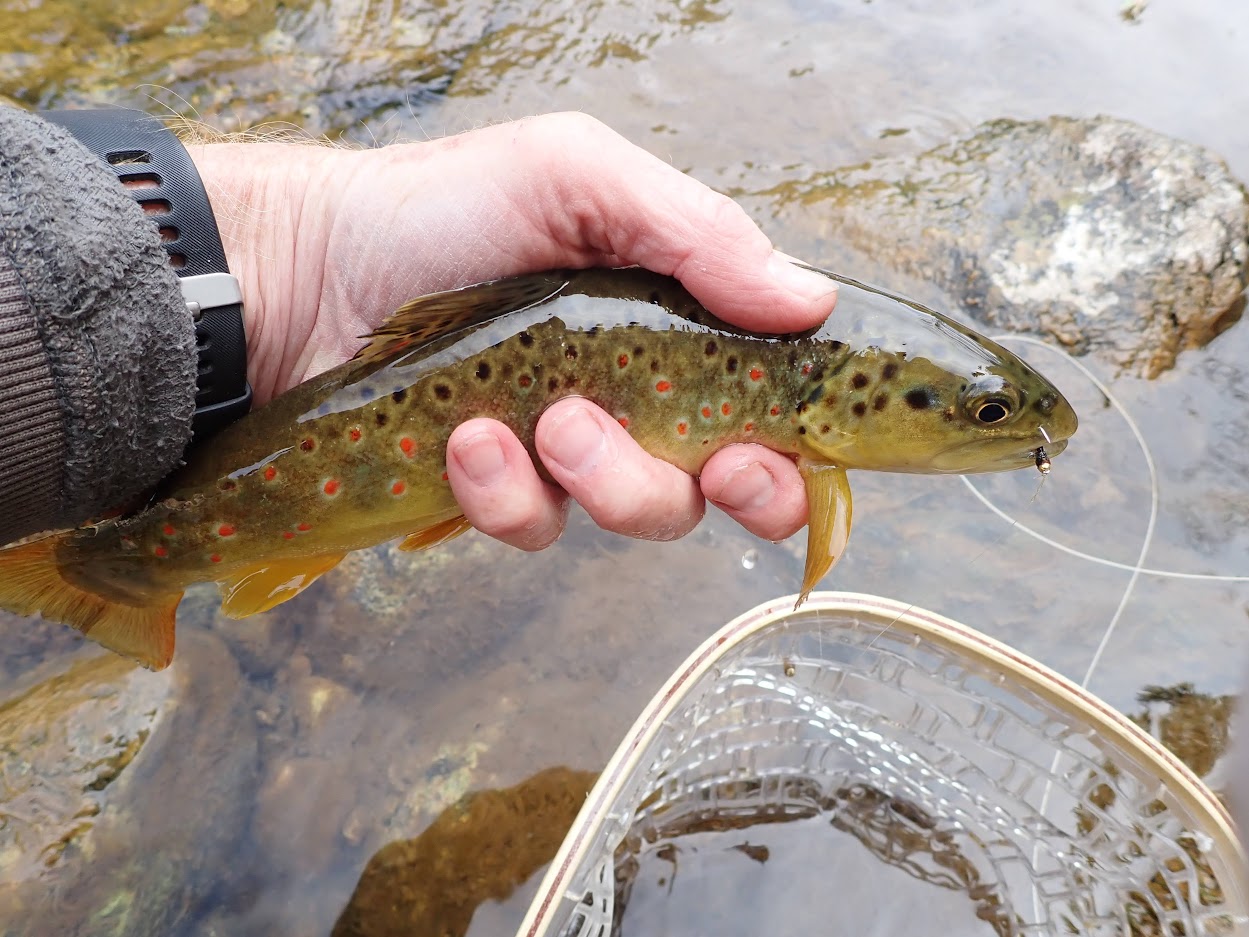 By 1:00PM the air temperature climbed into the low seventies, and the action slowed measurably. I decided to revert to a dry fly approach and attached the hippie stomper to my line. Eventually I adopted  a double dry presentation with an olive stimulator behind the stomper. This combination accounted for a fish; but the warm air, bright sun and fruitless casting caused my confidence to wane. I decided to go deep again and replaced the hippie stomper with a Chernobyl ant trailing a super nova. The dry spell was temporarily broken, when a twelve inch rainbow snapped up the super nova, but this proved to be an aberration, and eventually I returned to a dry fly approach with a moodah poodah and a pheasant tail on a short eighteen inch dropper. 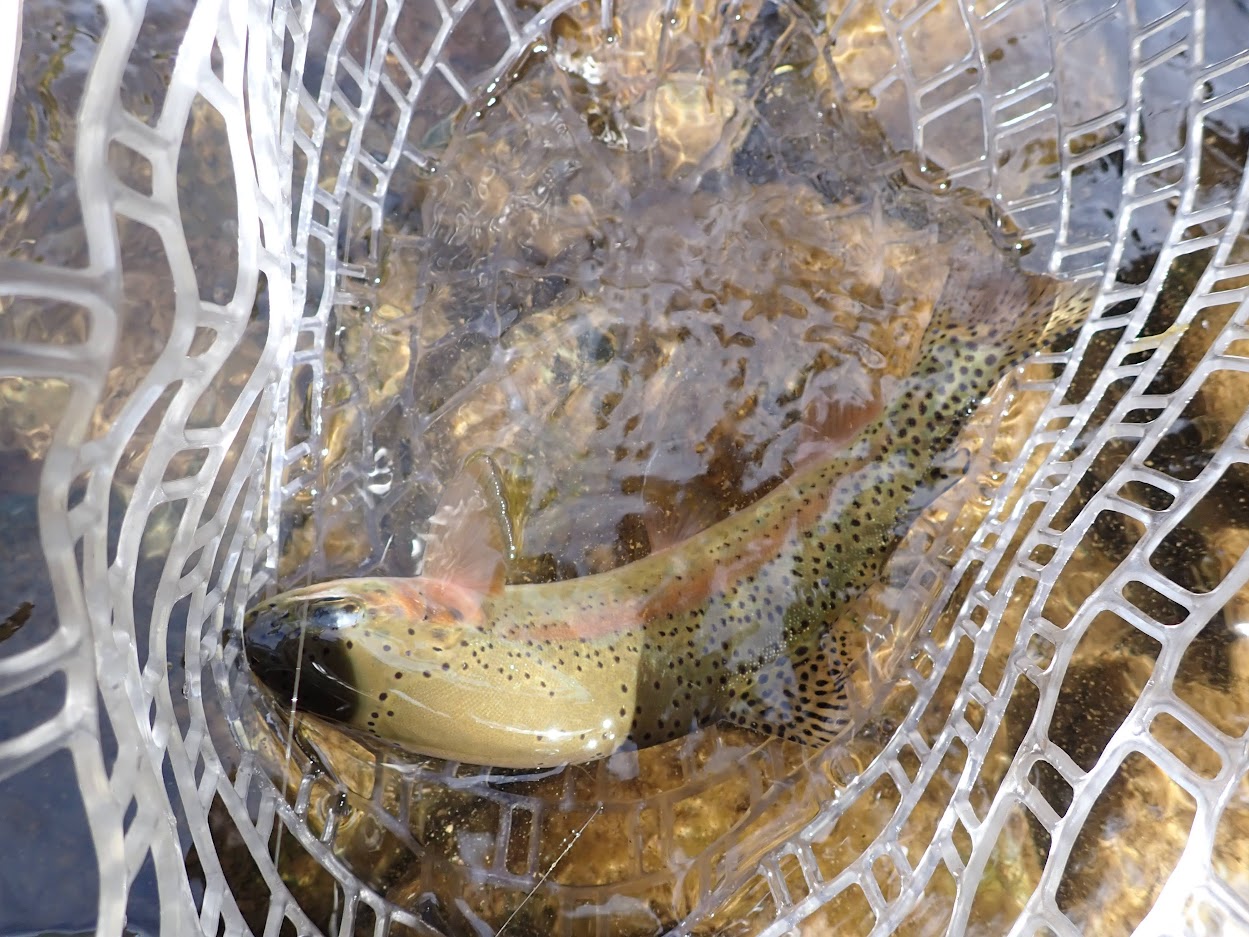 In one of the larger pockets I plopped the beetle (moodah poodah), and a brown trout shot across the small pool to inhale the foam terrestrial and raised the fish count to thirteen. I surmised that perhaps beetles were the answer, but another drought developed, and I decided to call it quits at 2:30PM. My confidence was low, and I was frustrated by my inability to generate interest in spite of casting to quality water with careful presentations.

Thirteen fish was acceptable, but size was lacking, and the early afternoon  was challenging. I suspect that I will never make the drive to western South Boulder Creek again, but it was fun to experience a new stretch of the stream.