I am always game for a new area to fish, so when a reader of this blog proposed a swath of South Boulder Creek, that I never fished before, my fishing radar went on high alert. Unfortunately this bit of intelligence coincided with a significant ramp up in stream flows, so I tabled the idea for four weeks. When I checked the flows on Monday, June 29, I was pleased to learn that South Boulder Creek below Eldorado Canyon subsided to 117 CFS. As I returned from Boulder, CO and my anticoagulation appointment, I detoured a bit and made a first hand inspection of South Boulder Creek. It was flowing high and clear, and I decided to make an exploratory visit.

Unfortunately Tuesday was a medical day, and I had a 9:20AM appointment in Boulder followed by a 11:20AM at another specialist in Denver. I arrived early for my second doctor visit and then waited an extraordinary amount of time, as the doctor was running thirty minutes behind schedule. The domination of my day by medical commitments threw my planned trip to South Boulder Creek into jeopardy, but I finally convinced myself, that it was simply exploratory, and the drive was only thirty minutes.

I ate my lunch at home and then departed Denver and arrived at the shoulder pull out along South Boulder Road by 2:45PM. By the time I assembled my Orvis Access four weight and hiked to the edge of the creek and configured my line with a tan ice dub chubby Chernobyl, prince nymph and salvation nymph it was 3PM. Some large clouds in the western sky blocked the sun for much of my time on the creek, and the air temperature remained in the low eighties. 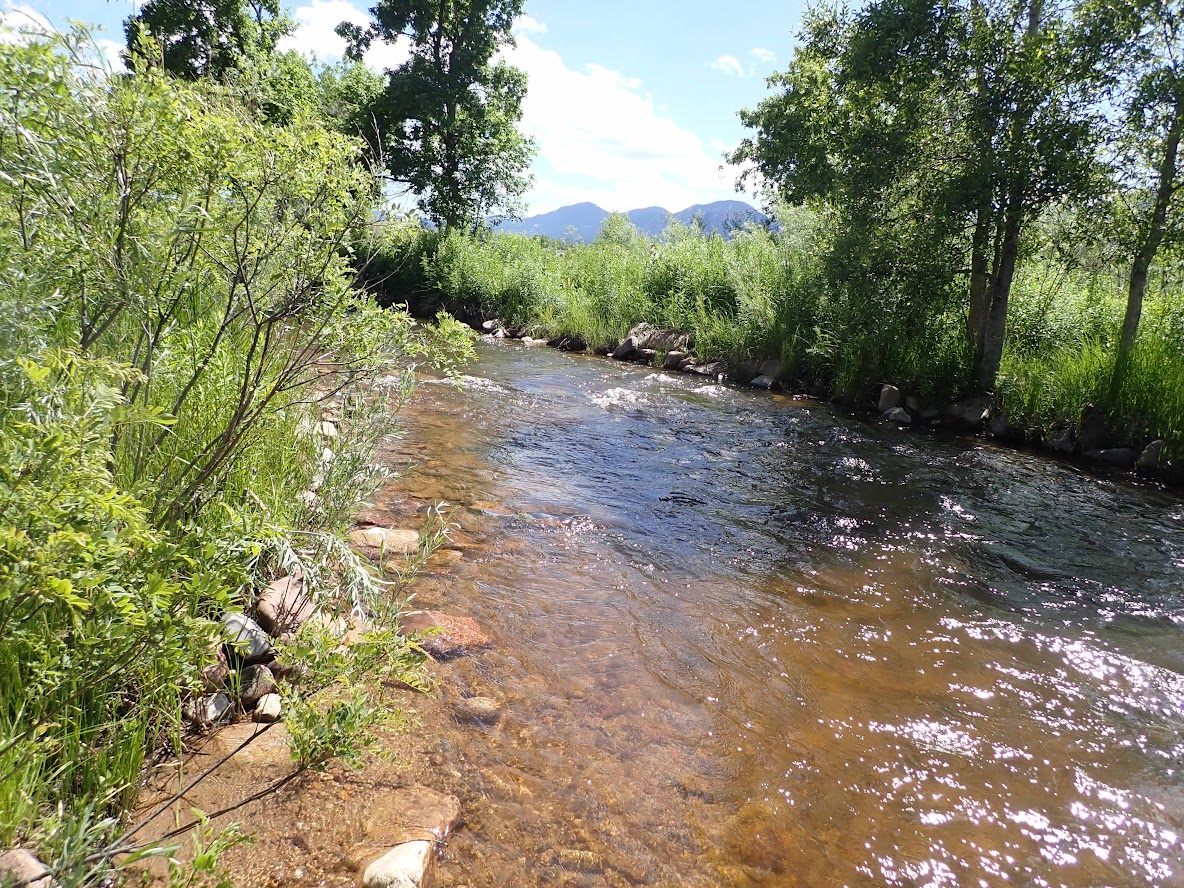 For the next forty-five minutes I covered the section between South Boulder Road and the Boulder Turnpike, and I questioned whether the stream contained a single fish. Well, I did manage to land a minuscule three inch brown, so there was at least one cold water inhabitant. I did not have a basis of comparison, but I assumed the creek was running higher than normal, but several inviting deep riffles and runs suggested that trout could be present. I questioned my fly choices and swapped the salvation for a bright green go2 caddis pupa. 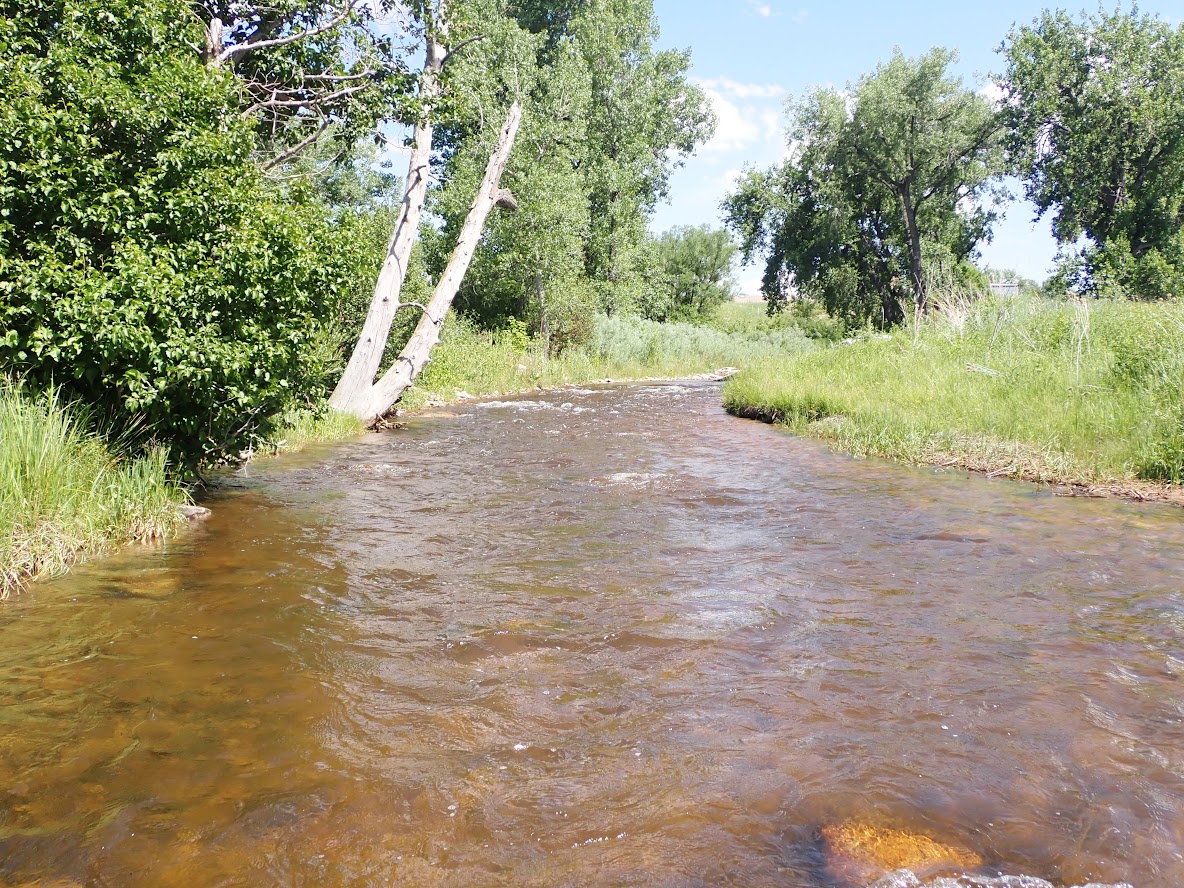 Even though my informer told me that 1.5 miles of public access was available in this area, the powers that be erected annoying fences along the stream and perpendicular at several places. I managed to carefully straddle and climb over the one that paralleled the stream, but the ones that ran at a ninety degree angle and spanned the creek forced me to retreat to the bike path, circle around the fence and then cut back to the water. Had I had been netting copious quantities of fish, I would have accepted the inconvenience of the fencing, but that was not the case.

Some nice deep runs appeared below a concrete structure just before the Boulder Turnpike, and I probed these thoroughly but again to no avail. On the south side of the Boulder Turnpike I found that the west side fencing ended, and I was able to cross the creek and access the bike bath once again. I progressed upstream for another one hundred yards, and I managed to briefly hook a five inch brown trout, and the same deep run produced a swirl at the chubby Chernboyl. Both fish were quite diminutive. By 4:15 I grew weary of the lack of action, and another fisherman blocked my progress, so I hooked my fly in the rod guide and hiked back to the car.

As I was stowing my gear, and gentleman approached me and began talking and asking questions about my day. I was surprised to discover that the friendly person socially distanced from me was the very same reader who suggested South Boulder Creek as a nearby fishing destination. What a small world we live in! If I return to this section of South Boulder Creek, I will visit during late morning and early afternoon, since these are prime time and more likely to yield a hatch. I would also skip the section I covered and hike directly to the area south of the Boulder Turnpike. In spite of a tough 1.25 hours I have not given up.