Back in the 90’s an orange scud was one of my most productive flies on the South Platte River in Deckers and Cheesman Canyon. From late April through May, I presented an orange scud along with a San Juan worm or beadhead pheasant tail, and the scud was often the top producer. My trips to that area dwindled after the Heyman Fire in 2002, and my usage of a scud faded in a similar fashion. Over the intervening years I occasionally experimented with an orange scud, and the freshwater shrimp produced a few fish. It was never a first choice, however, and consequently it occupied a position on my line infrequently. 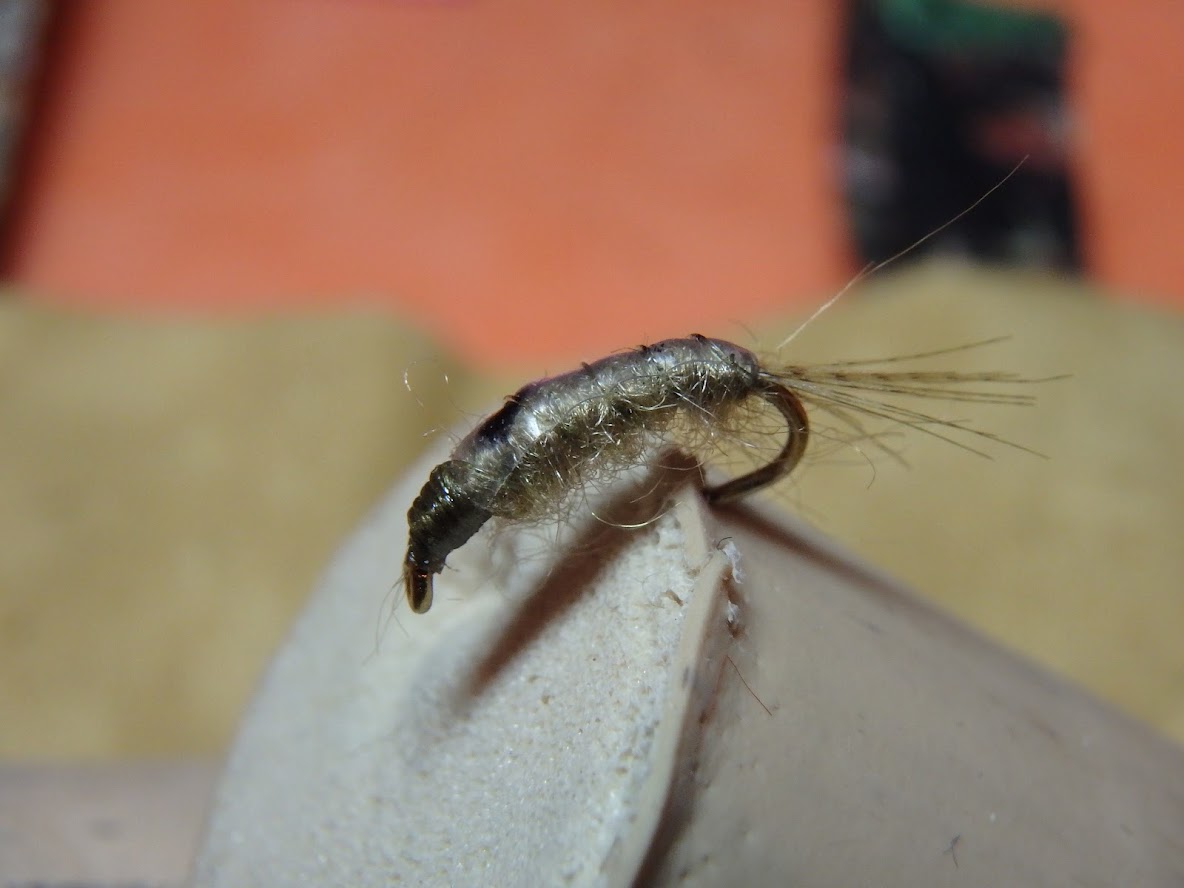 I recently read some articles that suggested a scud is a very productive fly during the cold weather months on tailwaters, and I decided to assess my supply and diversify to some different colors. My counting exercise determined that I carried eight orange, three gray and zero olive scuds in my storage compartments. I decided to tie five olive, five gray and three orange to increase my holdings to respectable levels. 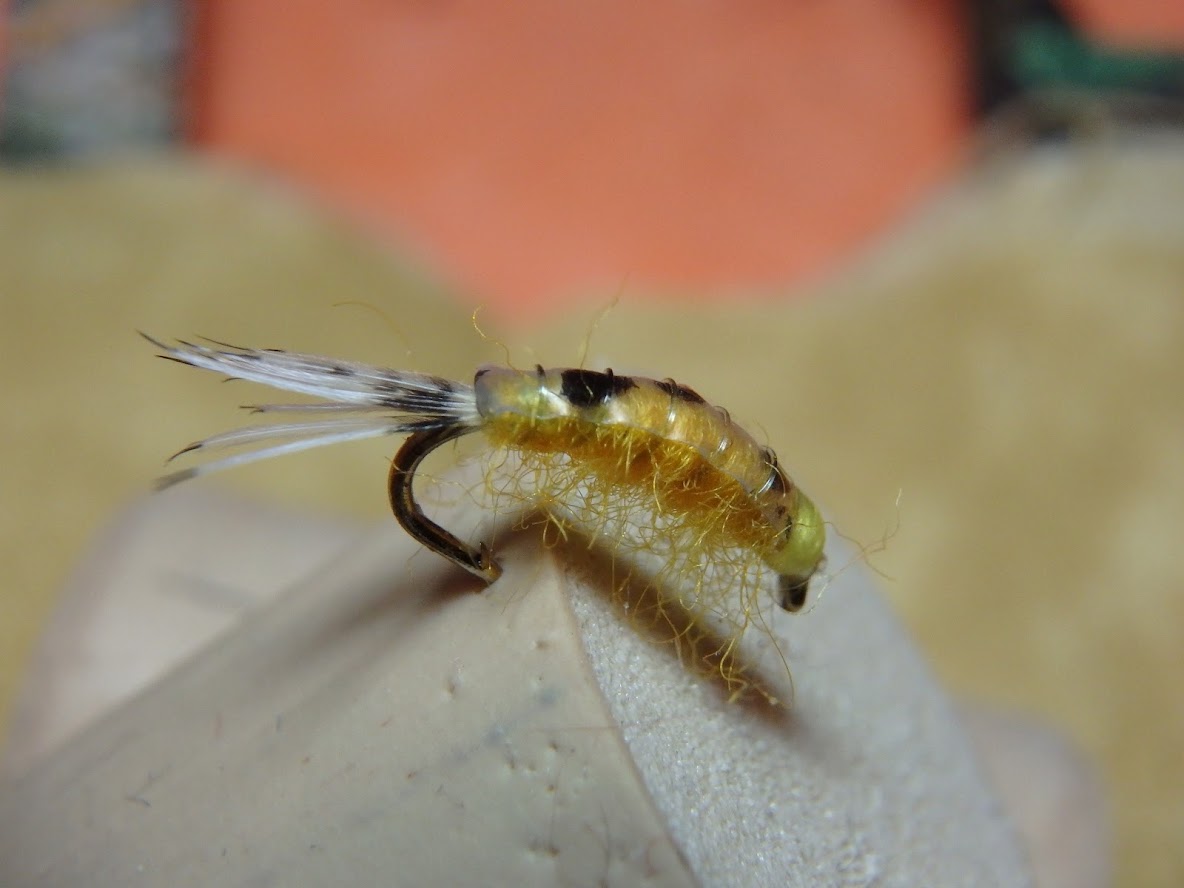 During the 90’s I tied orange scuds with no shell back as recommended by Roger Hill in his Fly Fishing the South Platte River book. For this replenishment exercise, however, I decided to include a shell back, and I viewed several videos on YouTube to refresh my memory on tying steps. I settled on Charlie Craven’s approach, however, I did not possess the Swiss straw material that he used for the shell back, and this forced me to improvise. Another video used a translucent product called thin skin, and it displayed a pattern of random black spots. I pulled an old Ziploc storage bag from a kitchen drawer and determined that it was approximately the desired thickness. I dabbed a square section in the corner of the bag with a black permanent marker and then cut the square from the bag. Voila! I now had a handcrafted shell back material for my scuds. 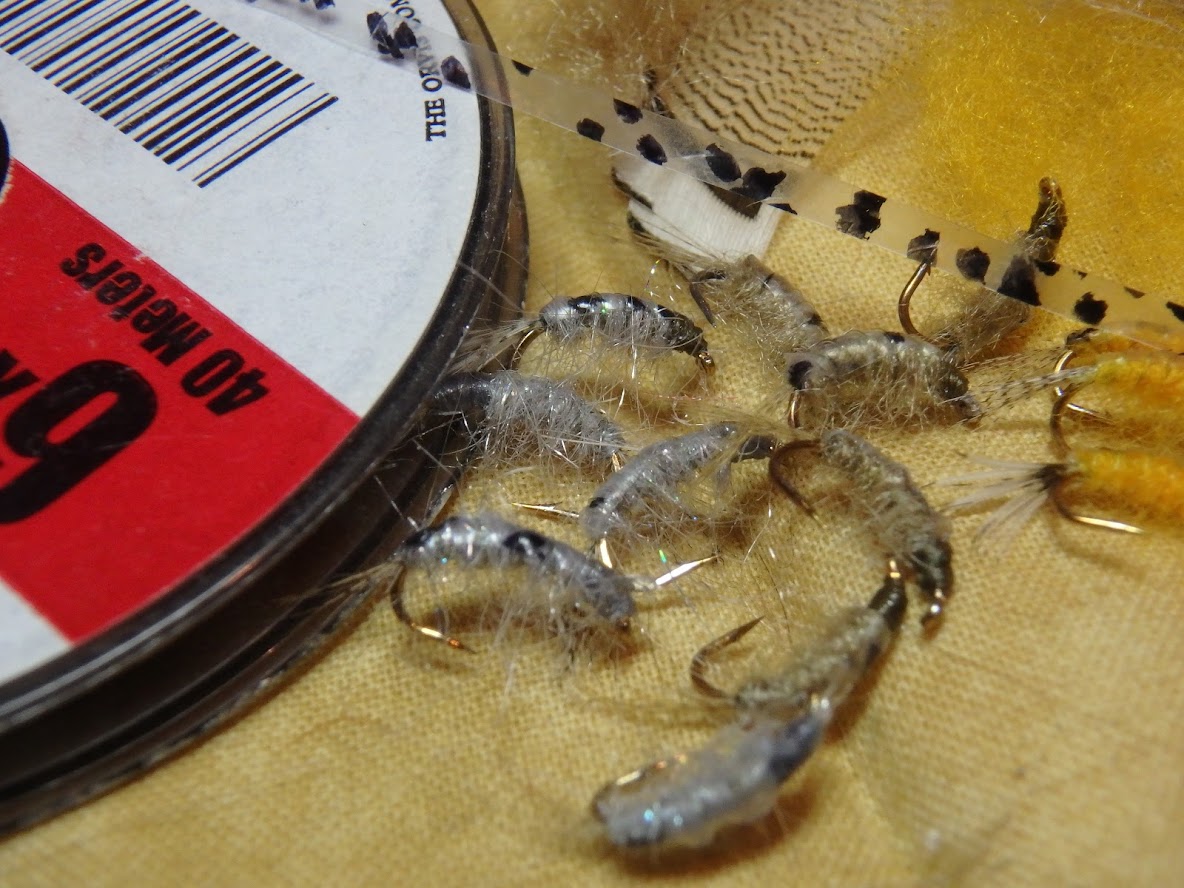 In addition to the substitute shell back material I skipped the weighting step, but I otherwise followed Craven’s approach and produced the targeted number of scuds for 2020 and beyond. I hope to knot these ever-present crustaceans to my line more frequently in 2020.