Over the years I discovered that it takes a variety of green drake imitations to successfully dupe trout in Colorado during hatches of these large western mayflies. Once I finished tying five Harrop hair wing green drakes, I progressed to producing my other green drake favorites. Next on the checklist were parachute green drakes. These flies have proven themselves repeatedly, although there are times when trout prefer the bristly Harrop version or the slimmer comparadun style. The parachutes represent a critical component of my green drake arsenal, so I approached my vice and produced five size 14 imitations. 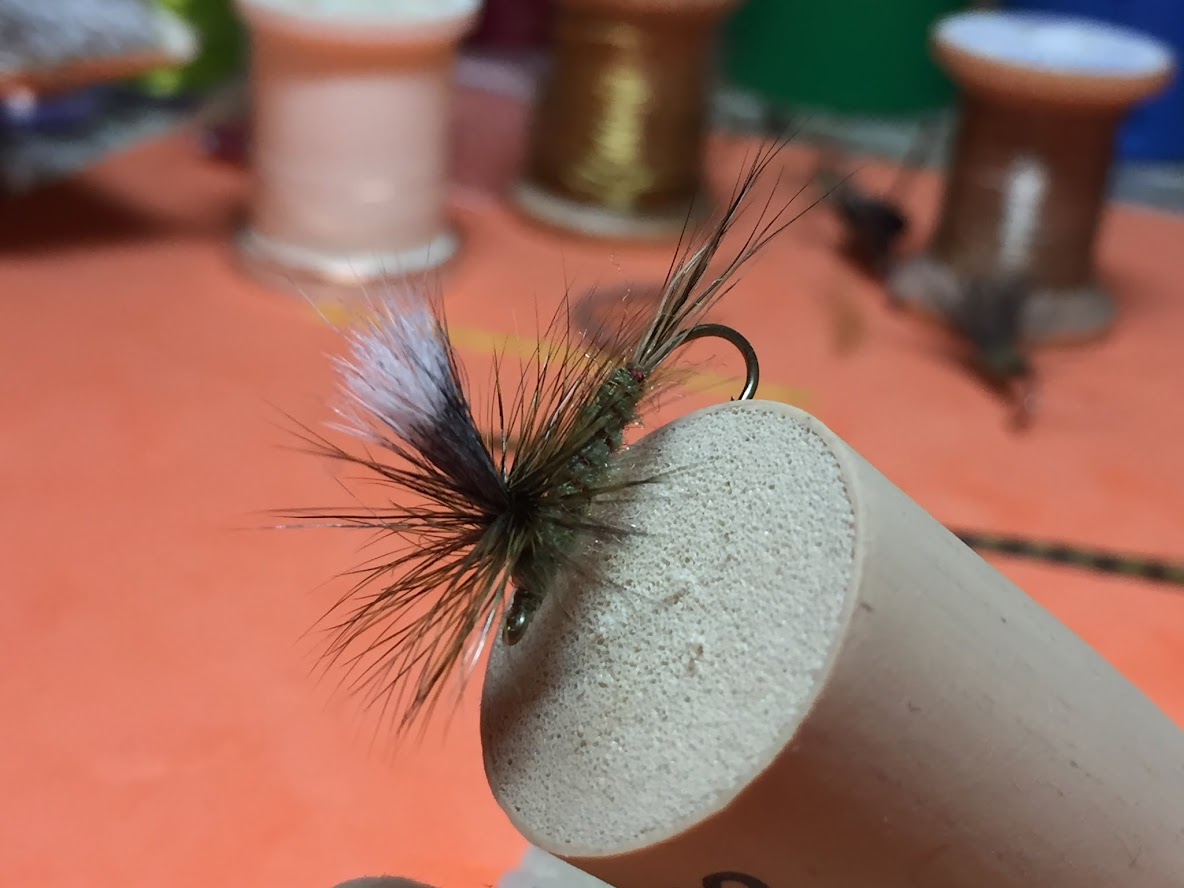 During 2015 my best green drake action occurred on the Conejos River on July 22. During this encounter the Harrop style fly excelled during the morning time period when I used it as the point fly on a dry/dropper configuration as I prospected likely holding locations. However, once the actual hatch commenced, the parachute green drake became the favored offering that fooled surface feeding trout.

I experienced a second encounter with western green drakes on South Boulder Creek on August 26, 2015, and on this occasion the parachute style flies performed quite well until I depleted my supply. These examples reinforced my confidence in the parachute green drake and motivated me to replenish my supply for 2016. 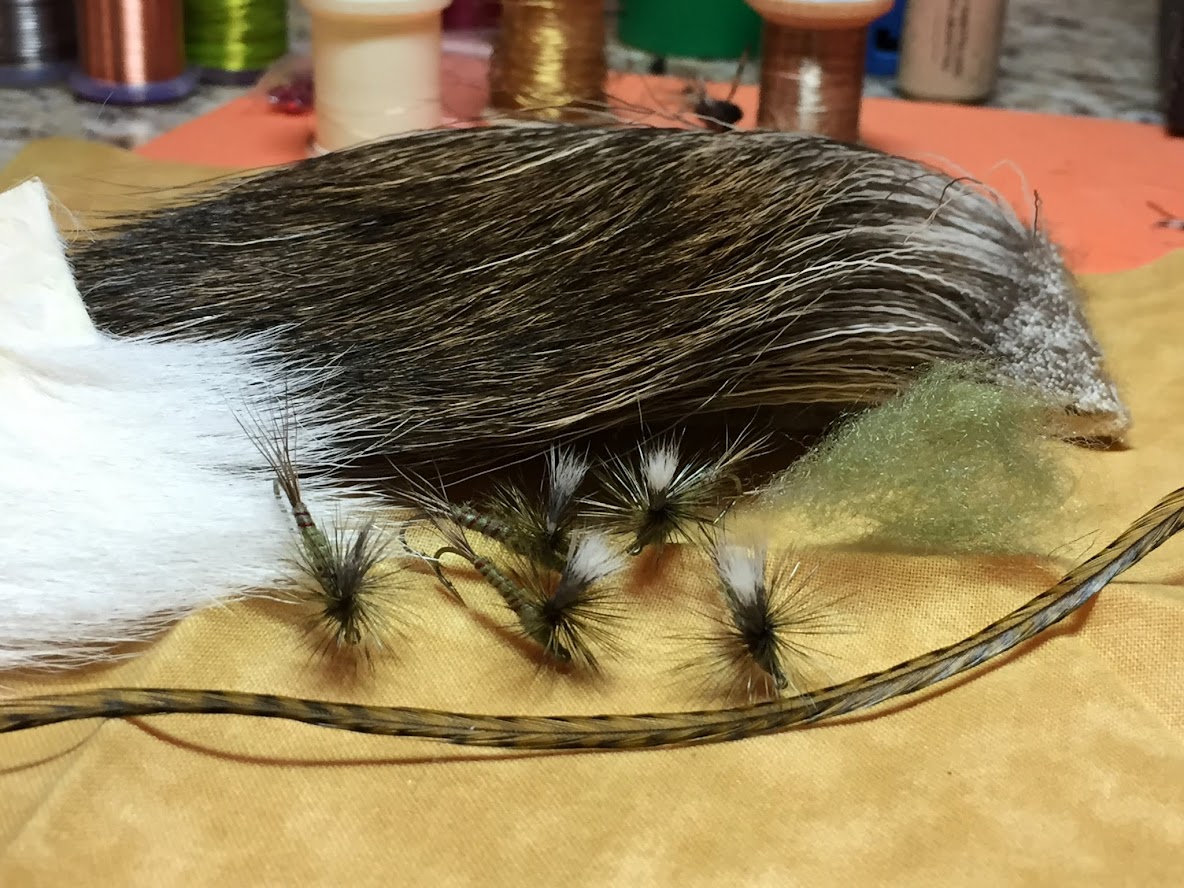 All the Materials Needed

I adopted a new method of tying off the parachute hackle during my recent tying sessions, and this modification yielded a significant improvement in the appearance of these valuable flies. I reviewed a YouTube video that demonstrated how to tie the hackle off against the wing post, and I applied this technique to the five flies that I produced. This method yields very nice flies with a symmetrical hackle image. I am not sure this will make a huge difference to the fish, but the flies are much more pleasing to a fisherman. 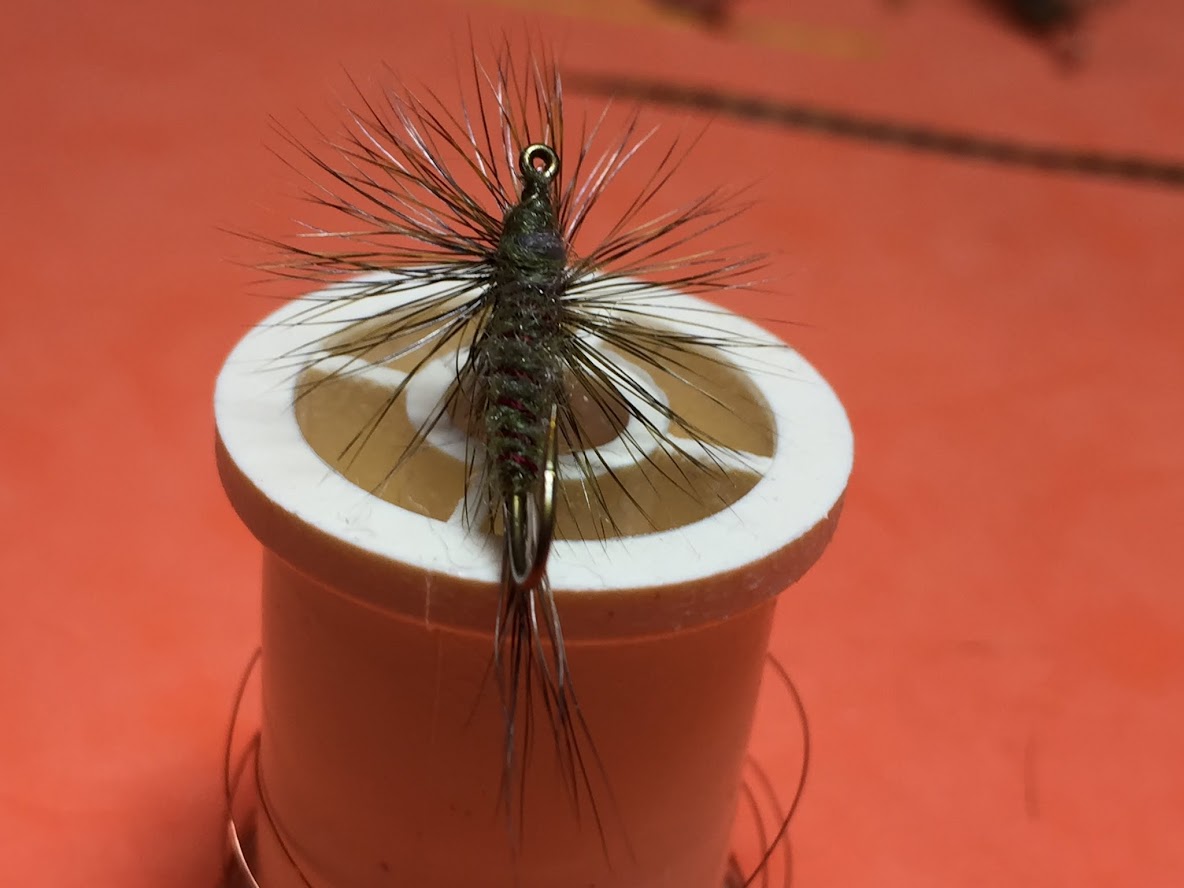 Hopefully 2016 will produce some fast paced green drake activity, and my array of green drake offerings will satisfy the discerning inspection of hungry cold water trout.