My expectations were sky high as I drove along the dirt road toward the North Fork of the White River on Wednesday morning after experiencing a spectacular day on Tuesday. I decided to fish in the same segment of the North Fork, but a different stretch. My car was packed with a wet tent, rain fly and footprint; the result of a heavy rain shower while in the midst of assembling my tent on Tuesday evening. Fortunately the inside of the tent remained dry, and I enjoyed a peaceful night of sleep, but the wet contents in my SUV would require some significant drying time. I decided to fish until late afternoon on Wednesday, and then drive to Avon, CO, where my wife was staying at the Timbers Bachelor Gulch Resort with a friend. Such a drastic change in lifestyle within twenty-four hours made me wonder if I could adjust. 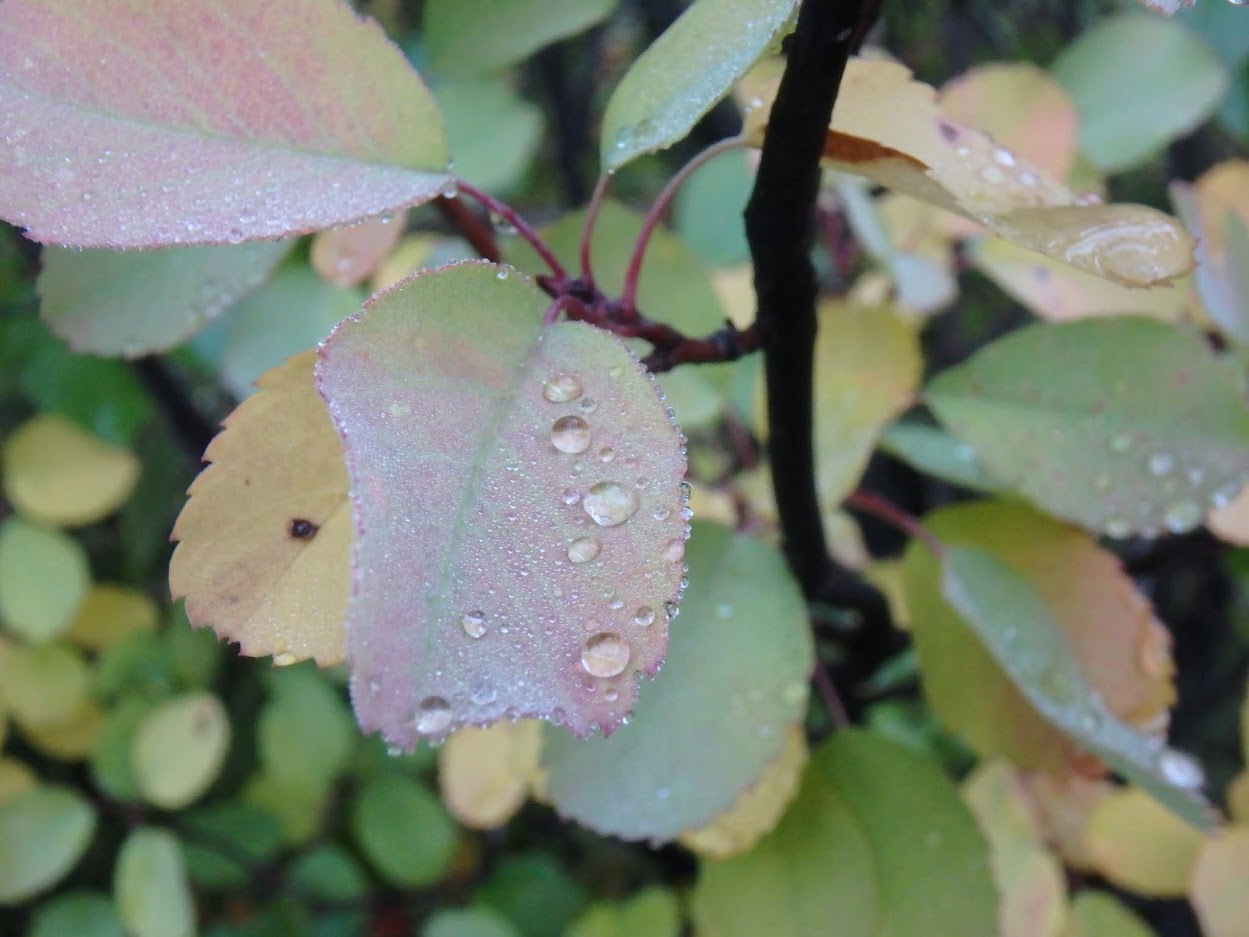 I once again assembled my Orvis Access four weight rod, as it is shorter and lighter than my other fly rods, and I discovered that it is nearly perfect for small stream conditions. The storms that passed through on Tuesday evening left behind a trail of heavy cloud cover, and I wore my raincoat for warmth and protection against rain for the entire day. This proved to be a solid choice, as two periods of rain passed over my fishing location, and the second storm delivered a fairly heavy downpour for ten minutes.

Similar to Tuesday I began my fly fishing day with a pool toy with a beige body, and beneath the foam terrestrial I attached a salvation nymph. My choice of flies seemed perceptive, as I landed two fish fairly early in my progression up the North Fork, but then a fairly lengthy dry spell ensued. This pattern of landing a few fish and then fruitless casting would repeat itself throughout the day, and it resulted in a cumulative fish count of fifteen. This may sound like an enviable day, but it took place over five hours of fishing, and some simple division reveals a catch rate slightly over two per hour. I covered at least a mile of stream in the process of landing fifteen fish, and this entailed some fairly strenuous climbing and scrambling to circumvent rocks and fallen trees. 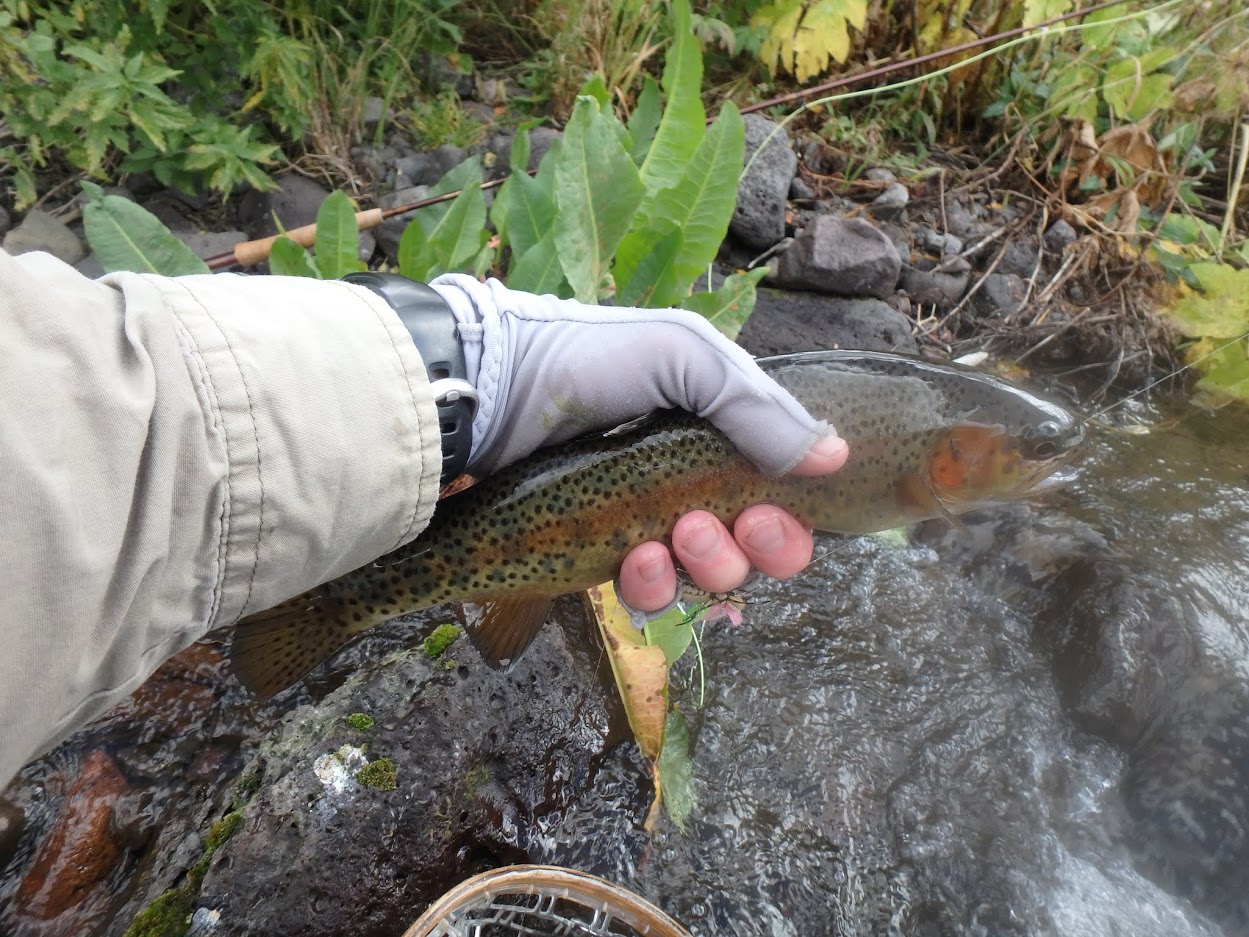 I adhered to the dry/dropper approach most of the day, although given my success rate, I probably should have experimented with different methods. I was mistakenly fixated on the idea that what worked on Tuesday, would bring success on Wednesday. Adding to this certainty was the unsettled weather and thick cloud cover which normally provokes insect activity and active fish. Part way through the afternoon, I lost the pool toy, so I tested a fat Albert with a red body, but this exchange did not enhance my success rate. Eventually I reverted to the pool toy as the top fly. The bottom flies were another story, as I cycled through an ultra zug bug, pheasant tail, copper John, and dark cahill in an effort to find a consistent producer. The copper John accounted for a couple fish, and the ultra zug bug added one; but the best combination remained the beadhead hares ear and salvation nymph. 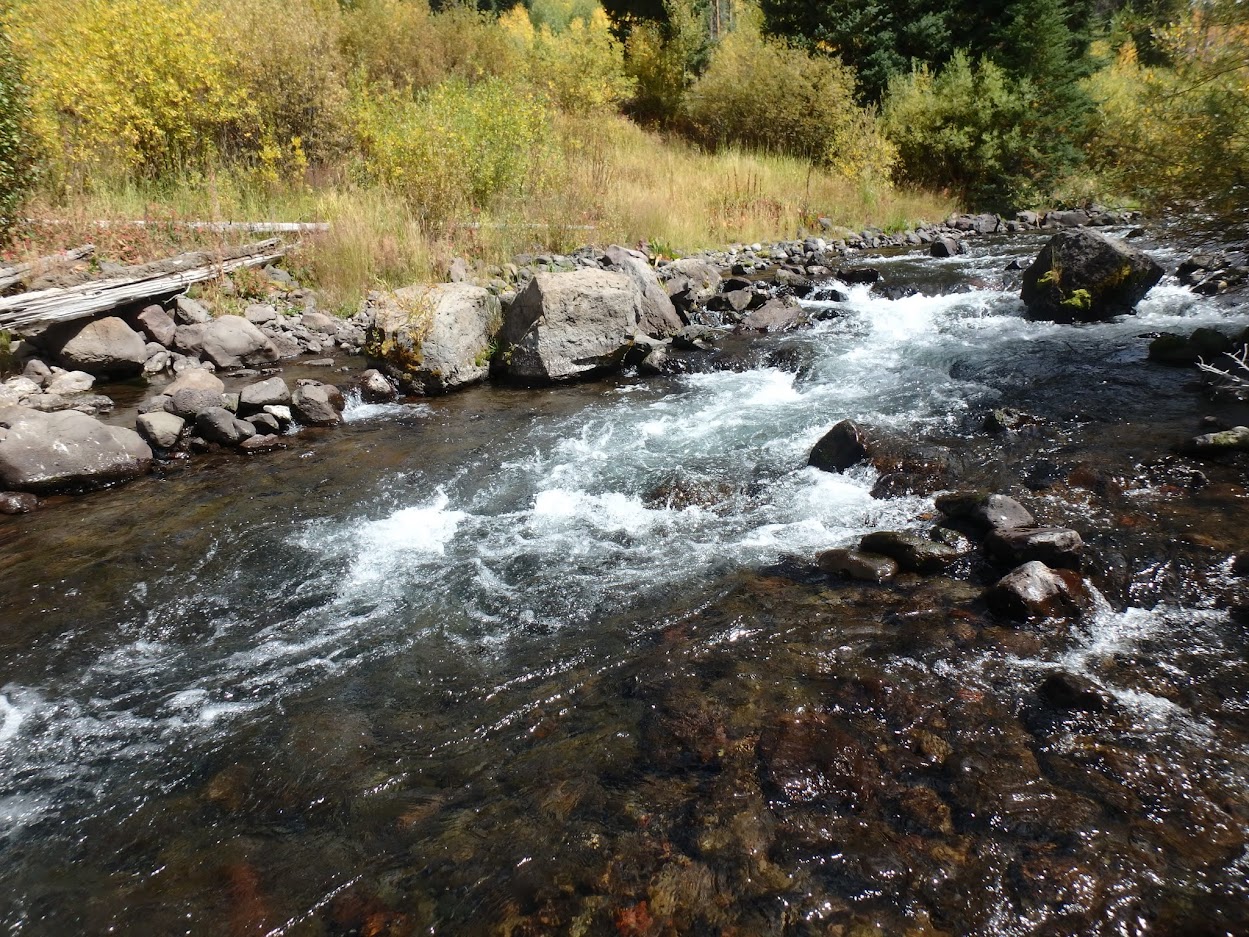 Once again I lost three salvation nymphs, and I seem to go through this fly faster than a fraternity house consumes beer on a party weekend. The largest fish on Wednesday were several twelve inch cutbows, and for some strange reason only two brook trout languished in my net. During the afternoon I hooked two hot fish that immediately dashed beneath some fallen logs and snapped of the flies. In the first instance the trout gulped the hopper, and the break off resulted in the loss of all three flies and a time consuming reconfiguration of my line. 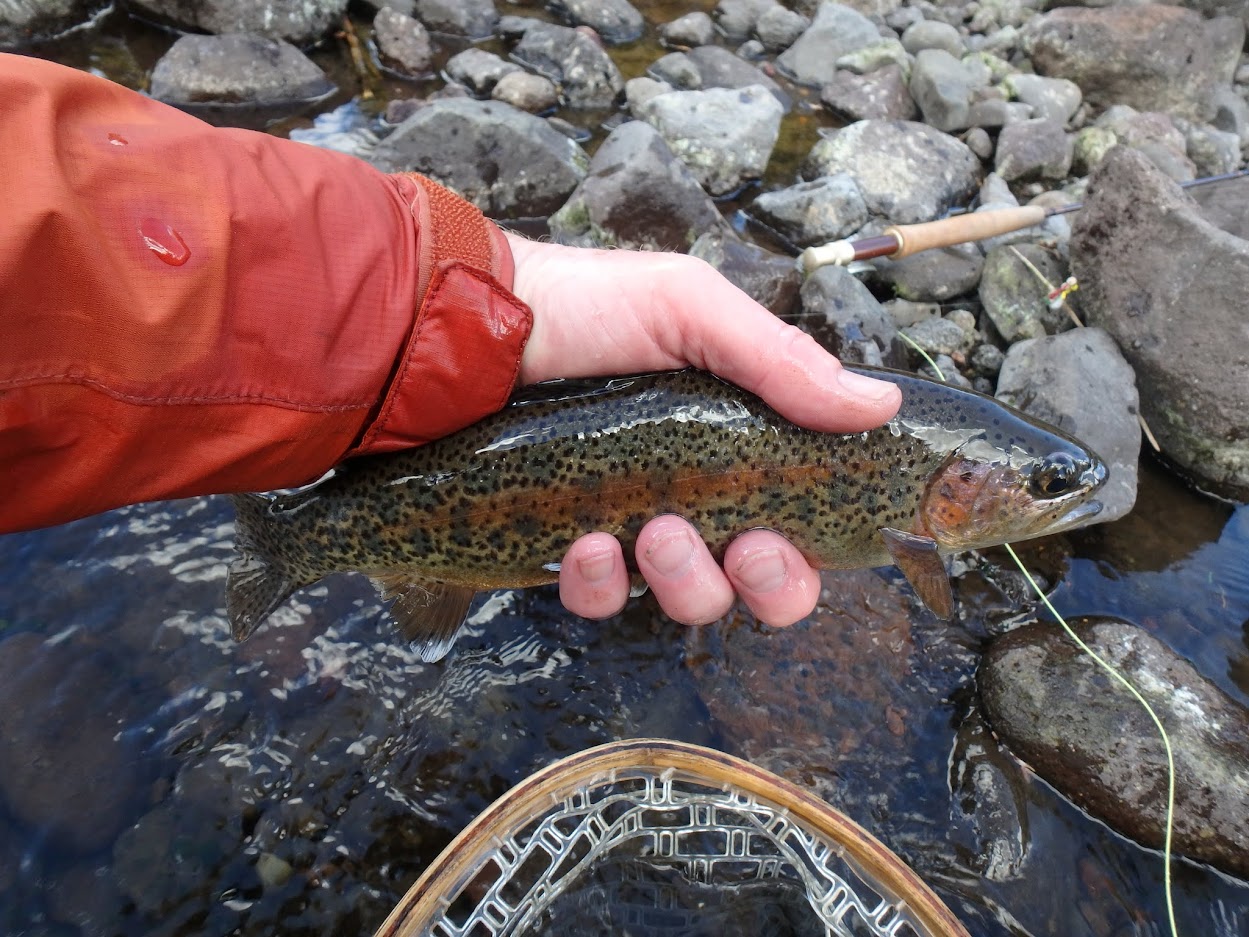 A Work of Art

Unlike Tuesday I performed a huge amount of fruitless casting throughout the day. Places that appeared similar to trout magnets of Tuesday, did not produce. How do I explain this dichotomy of results? I can only speculate. Perhaps the stretch of water was subject to more fishing pressure? It was moderately more accessible, so that is a possibility. The gradient seemed steeper, and the stream offered fewer deep holding spots, so this may have played into the slow day. For some reason rainbows and cutbows were the predominant species, so perhaps a reduced population of gullible brook trout offer another clue. On Tuesday I fished numerous juicy pockets where I experienced a refusal or temporary hook up with a rainbow, and I followed up with a second cast that yielded a brook trout. This sequence did not play out on Wednesday. Another factor may have been the weather, which was more adverse to a human fly fisherman; however, I generally find that adverse weather is a positive for fish. Finally I seemed to spend more time hooked to branches, rocks and sticks, and this detracted from the amount of time that my flies were in the water. 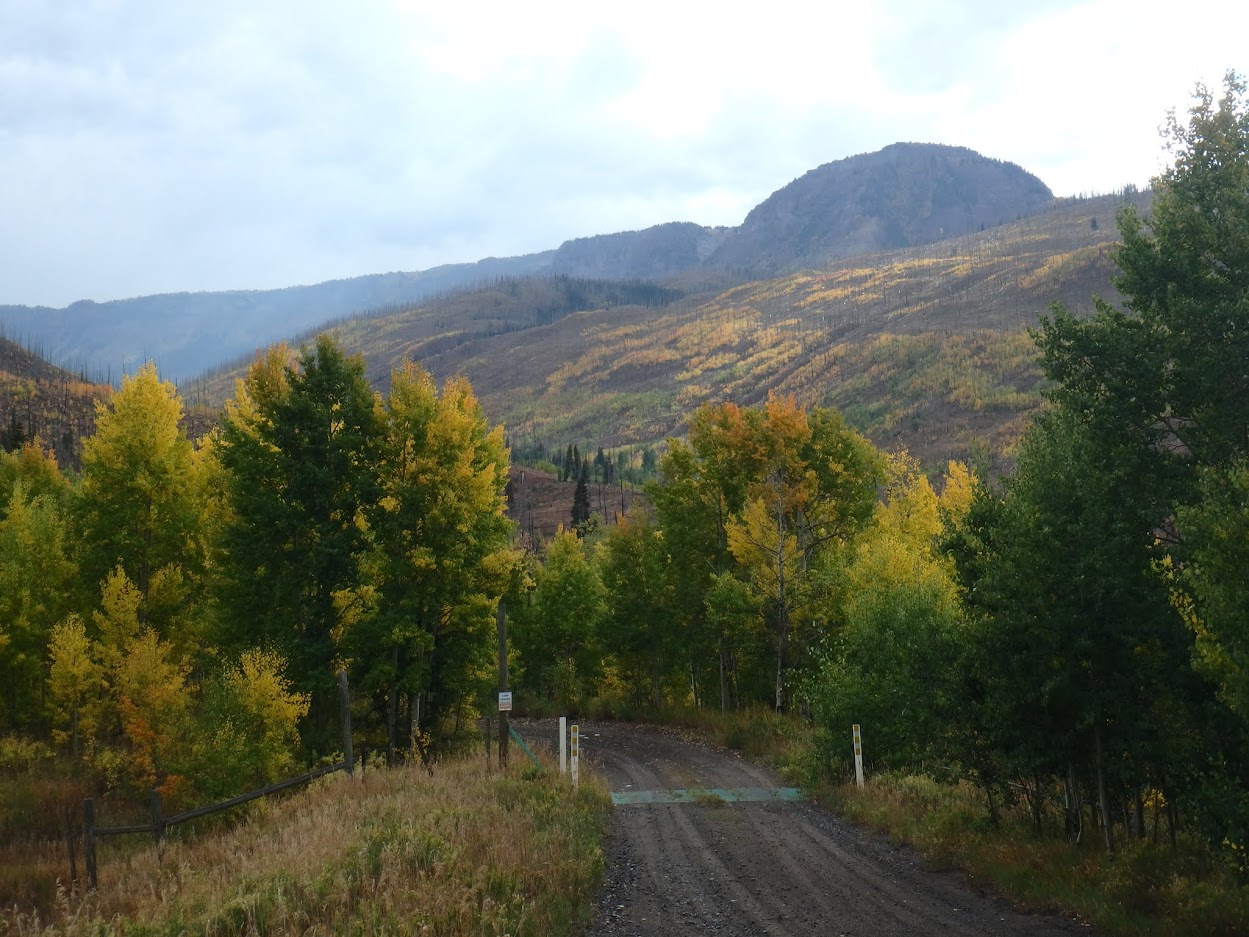 Color in the Flattops

At any rate I spent another day in the remote backcountry of the Flattops, and it is hard to find fault with that. The fish I landed were gorgeous jewels, and I had my share of long distance releases, so the connection rate was better than the count might suggest. The foliage was changing, and the leaves were spectacular, and I bumped into only one other fishermen in four days on the streams. Health permitting I will likely return to the Flattops again in 2017. 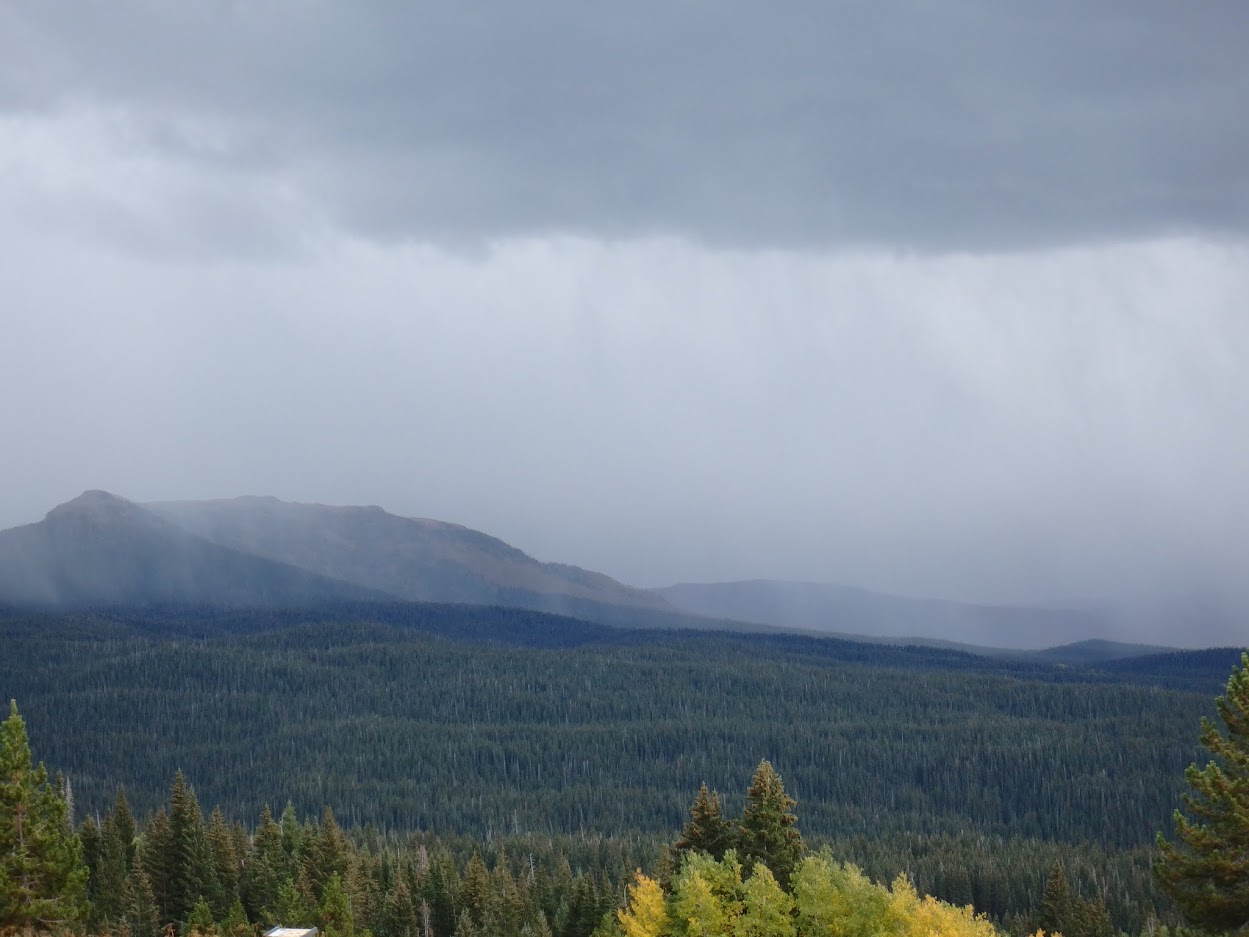 Bad Weather Moving into the Flattops