Thursday felt like a repeat of Wednesday. I spent Wednesday evening filling two empty fly boxes with dry flies from my boat box to replace my MFC box that broke free from its leash on Wednesday. Needless to say I am still grieving over the loss of a box stuffed with hopper patterns, chubby Chernobyls, classic Chernobyls, ants, beetles, stimulators, caddis, yellow sallies, and comparaduns. I am anxious to fill another MFC brown trout box with my mainstay patterns, when I return home. 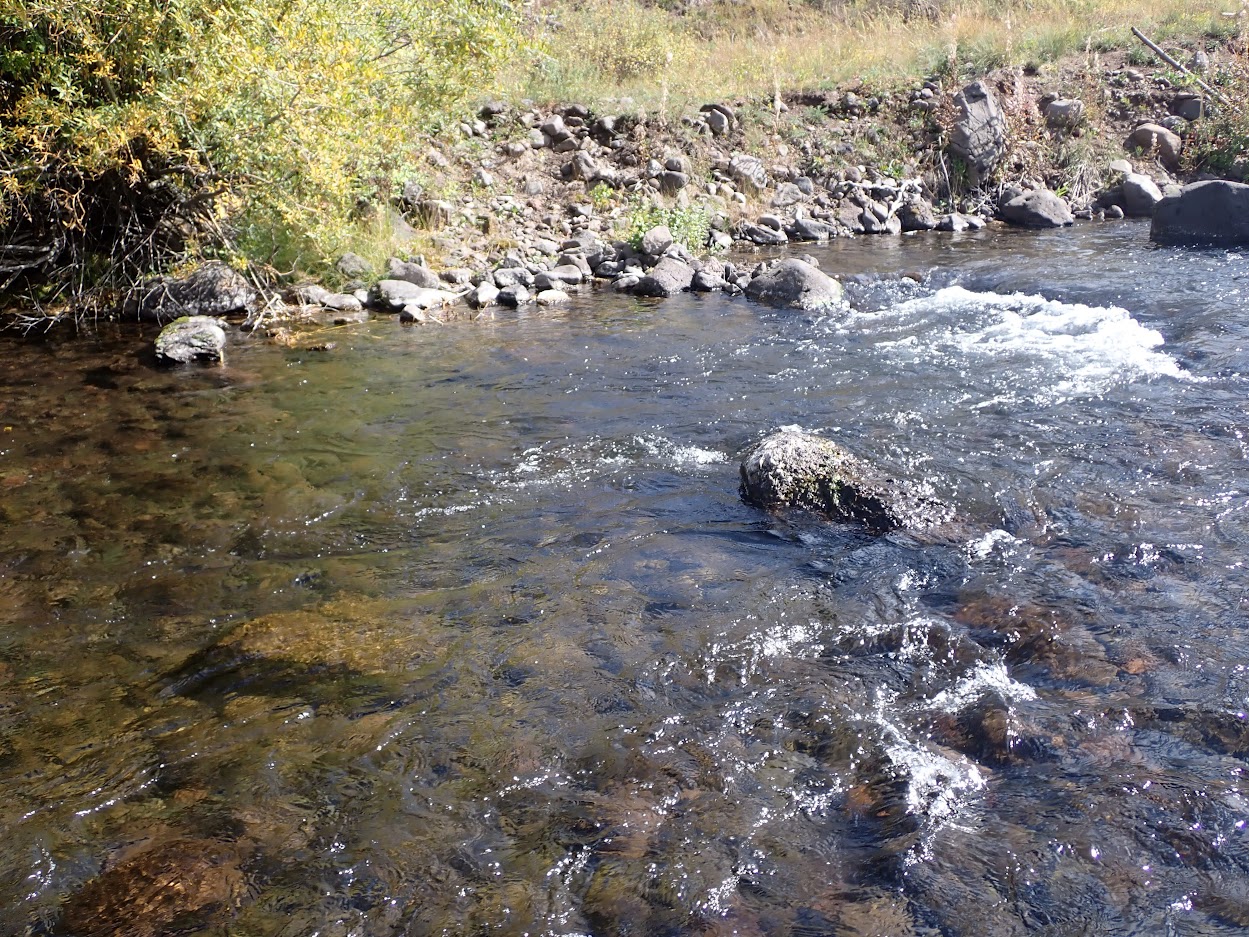 The temperature at the car, as I prepared to fish, was already in the sixties, and by the time I returned to the Santa Fe at 4PM, it was 69 degrees. I assembled my Sage four weight and hiked to my chosen starting point. During the afternoon some large puffy clouds rolled across the sky on a regular basis, and I actually resorted to wearing my rain shell for additional warmth for most of the afternoon. 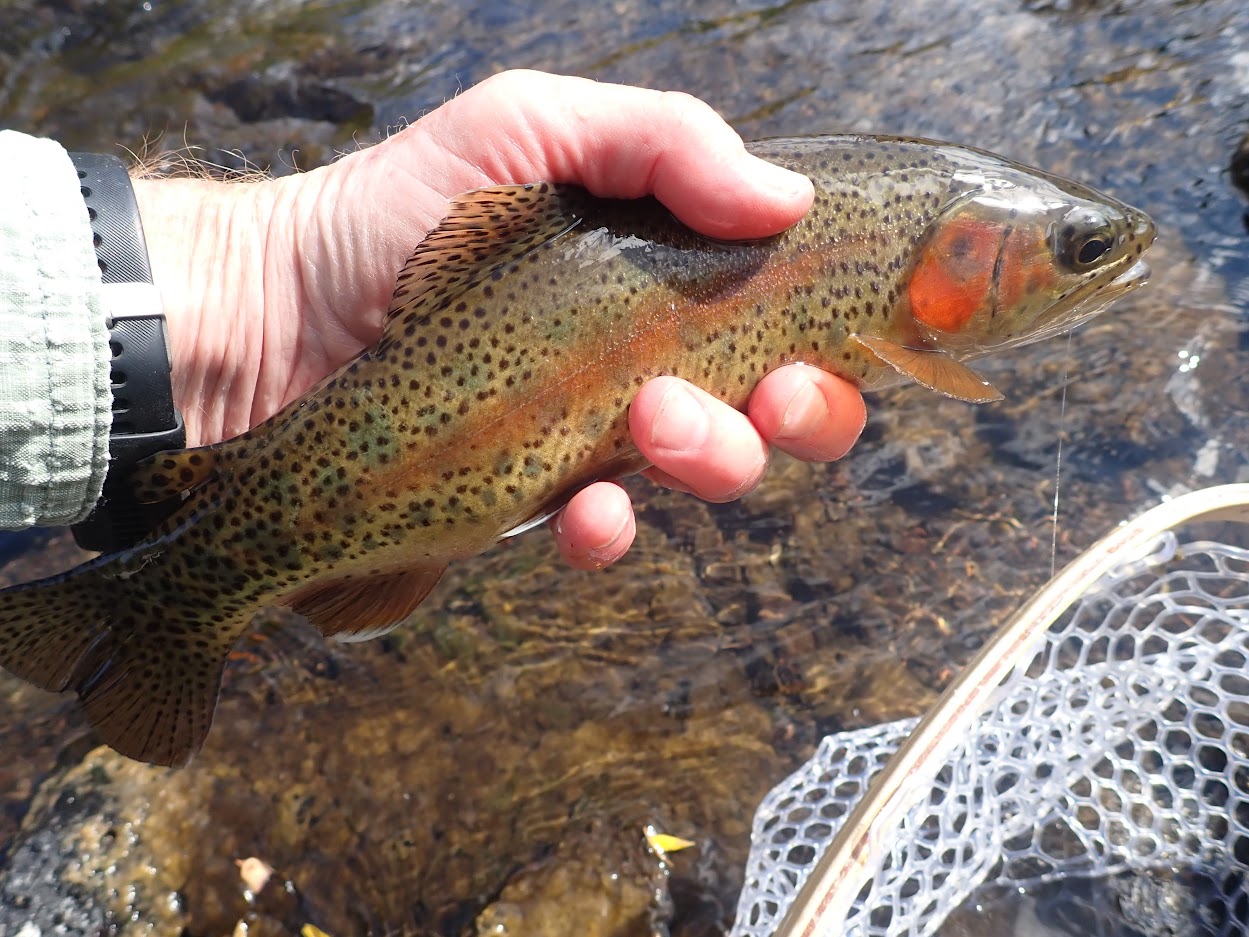 Brilliant Red Says It All

For the day I kept my fly selection rather basic, as I started and ended with a size 8 tan pool toy hopper, a size 14 prince nymph, and a size 16 salvation nymph. Thursday’s game was more about casting to the right water than choosing the correct fly. 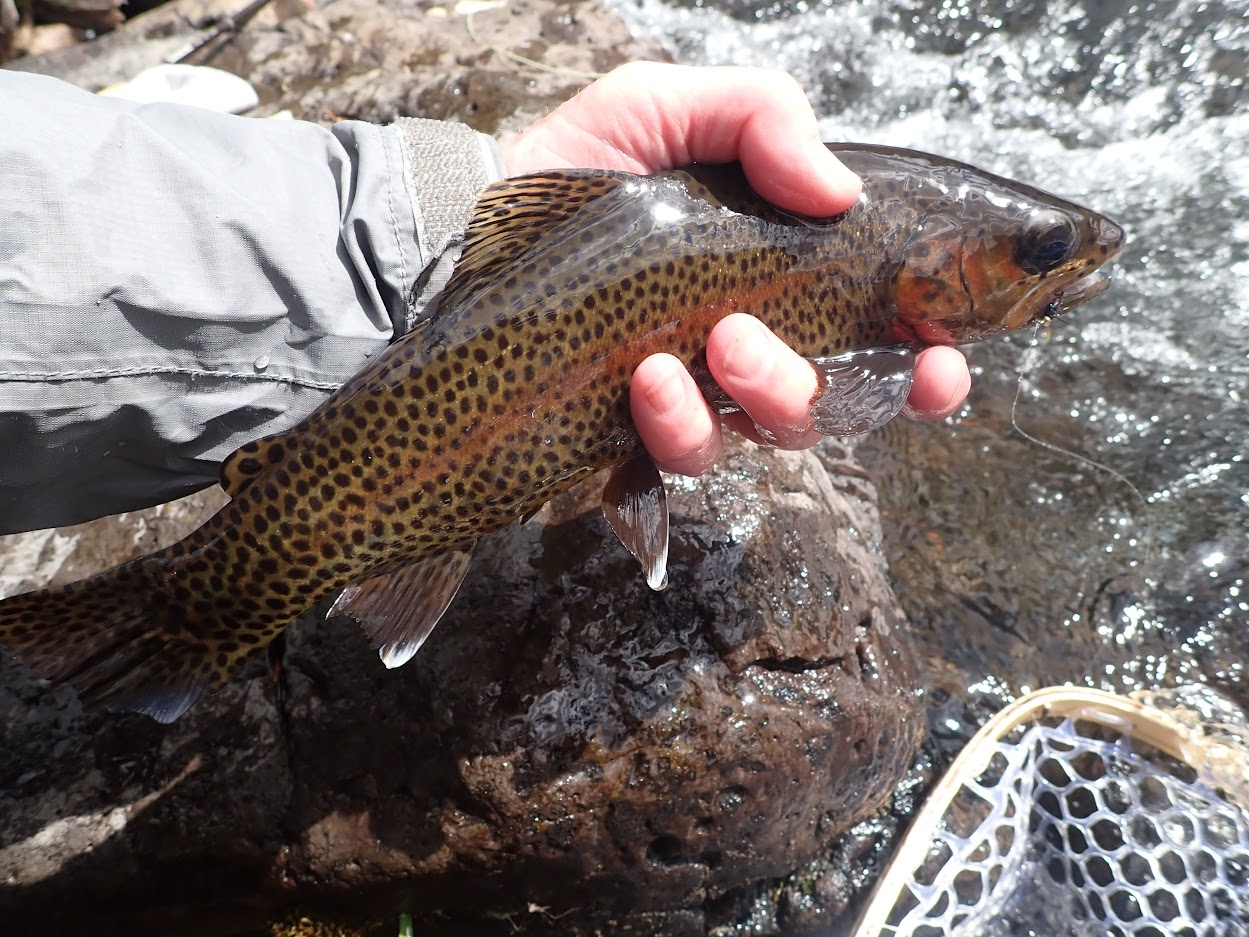 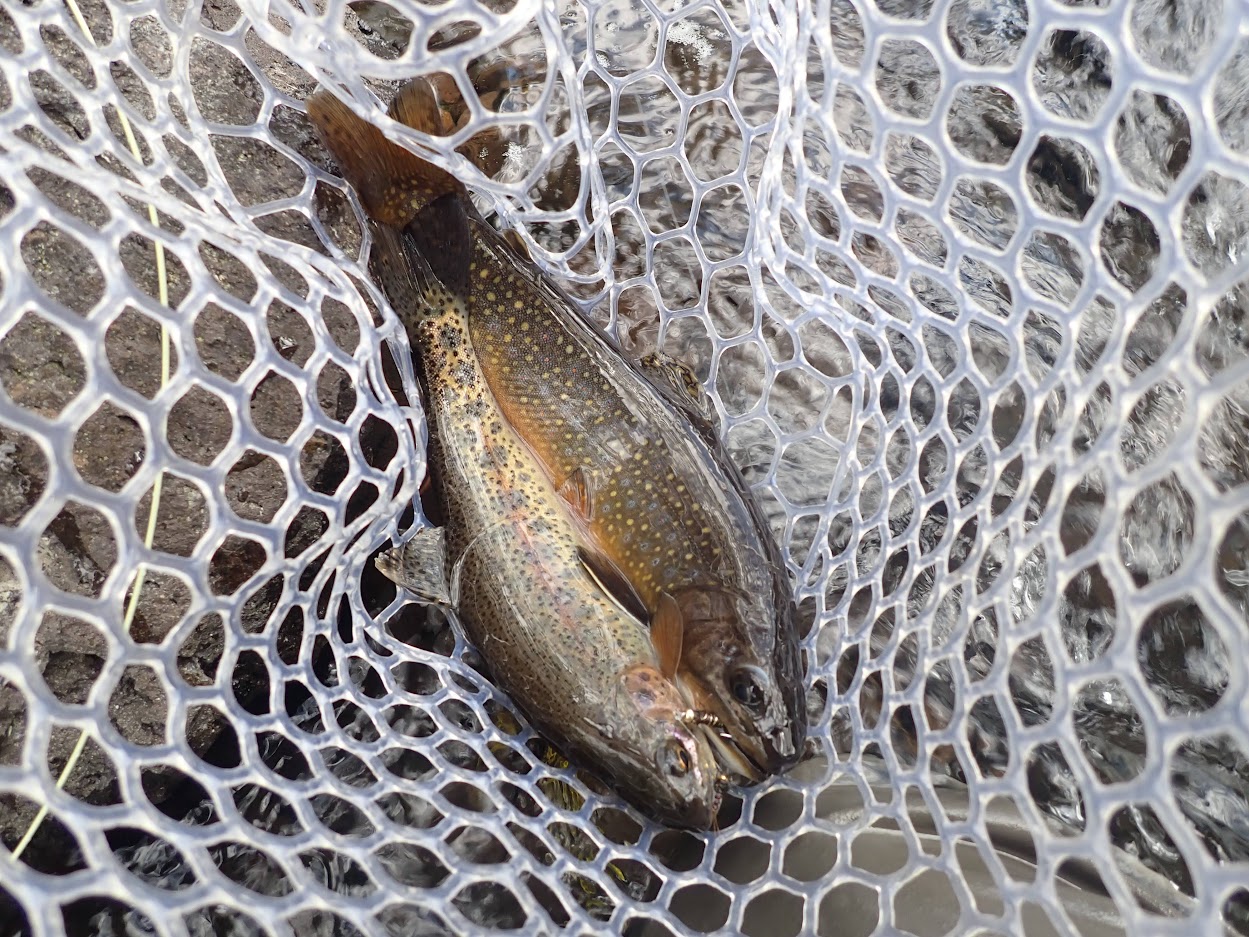 I began my quest for trout at 10:30AM, and by lunchtime the fish counter rested on eleven. Quite a few chunky twelve and thirteen inch rainbows rested in my net, but the ones that escaped were the most impressive. I quickly learned that marginal spots were a waste of time, and I focused my casting on places with depth and length. Of course, as is usually the case, the farther I moved from easy access, the better my catch rate. The hopper only generated a couple fish, but the prince nymph delivered most of the damage. The salvation induced ten grabs, and the prince accounted for the remainder. Inexplicably numerous prime spots failed to produce, but I discovered that movement was my friend. Rather than dwelling on the failure, I pressed on and found spots that produced multiple trout. 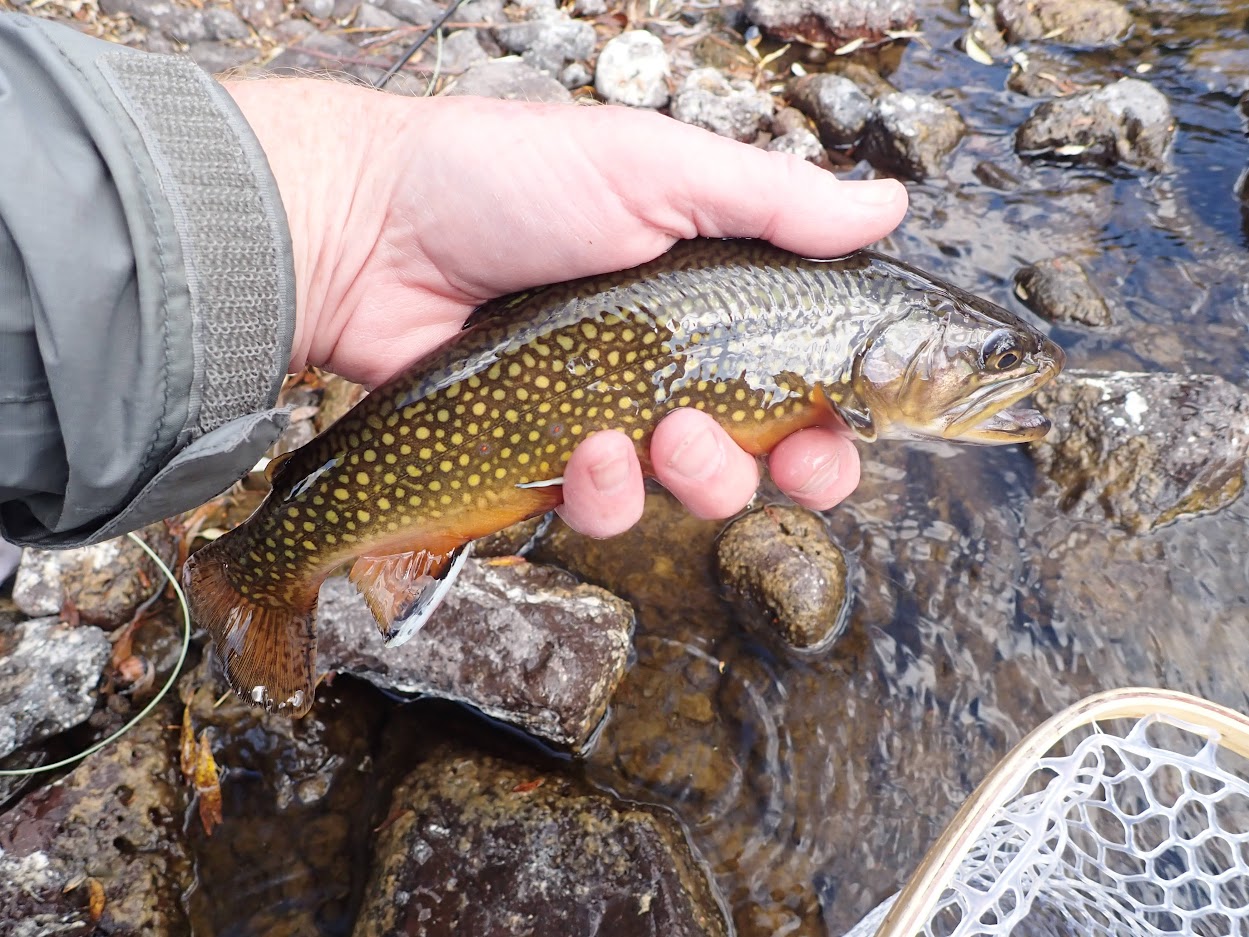 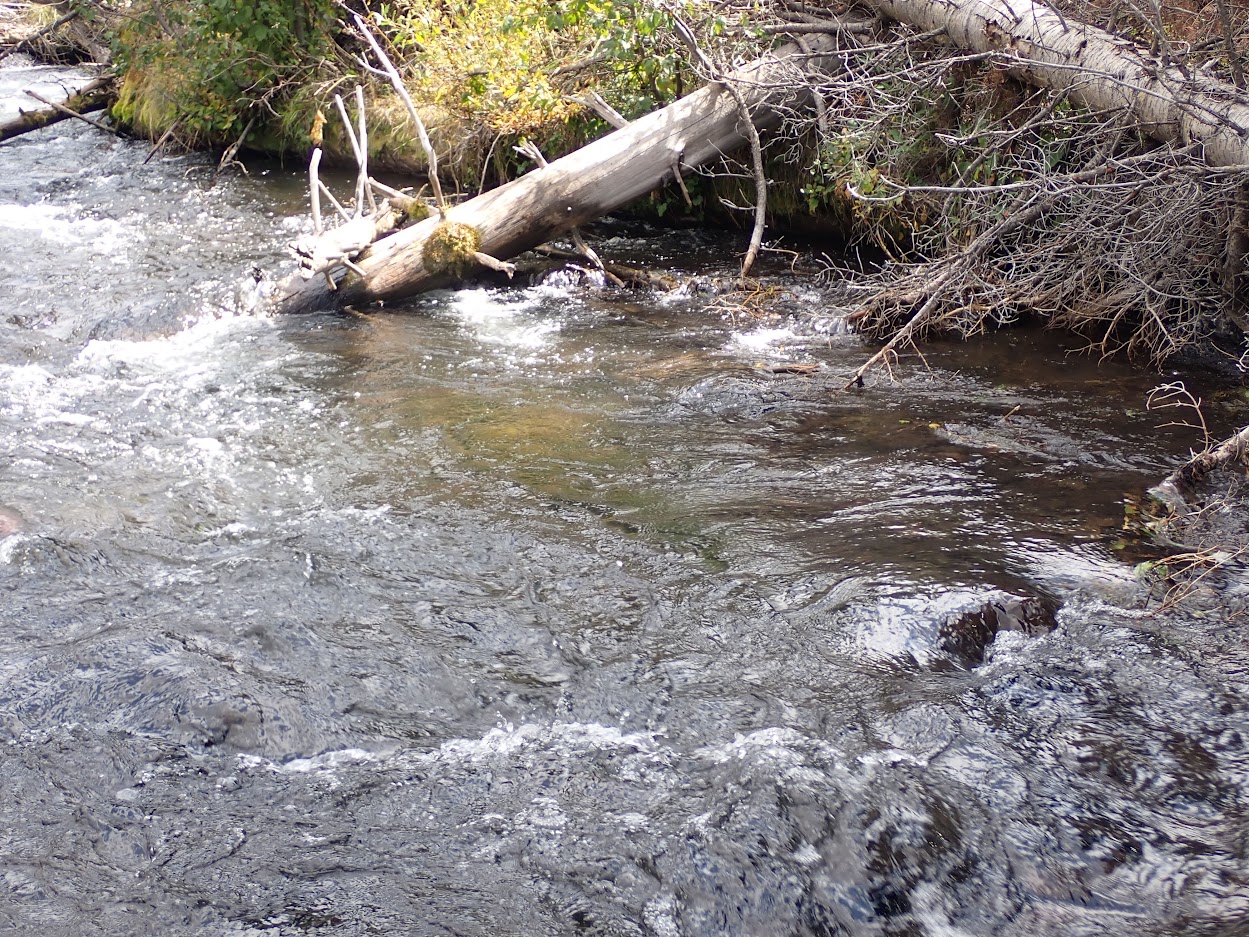 I Know You Are in There

The ratio by species was around seventy percent rainbow and cutbow and thirty percent brook trout. At one point I considered adopting Wednesday’s lineup of a hippie stomper and salvation nymph, but I concluded that the configuration might attract more small trout, and I was pleased with the steady stream of energized eleven to thirteen inch rainbow trout that were finding their way to my net. 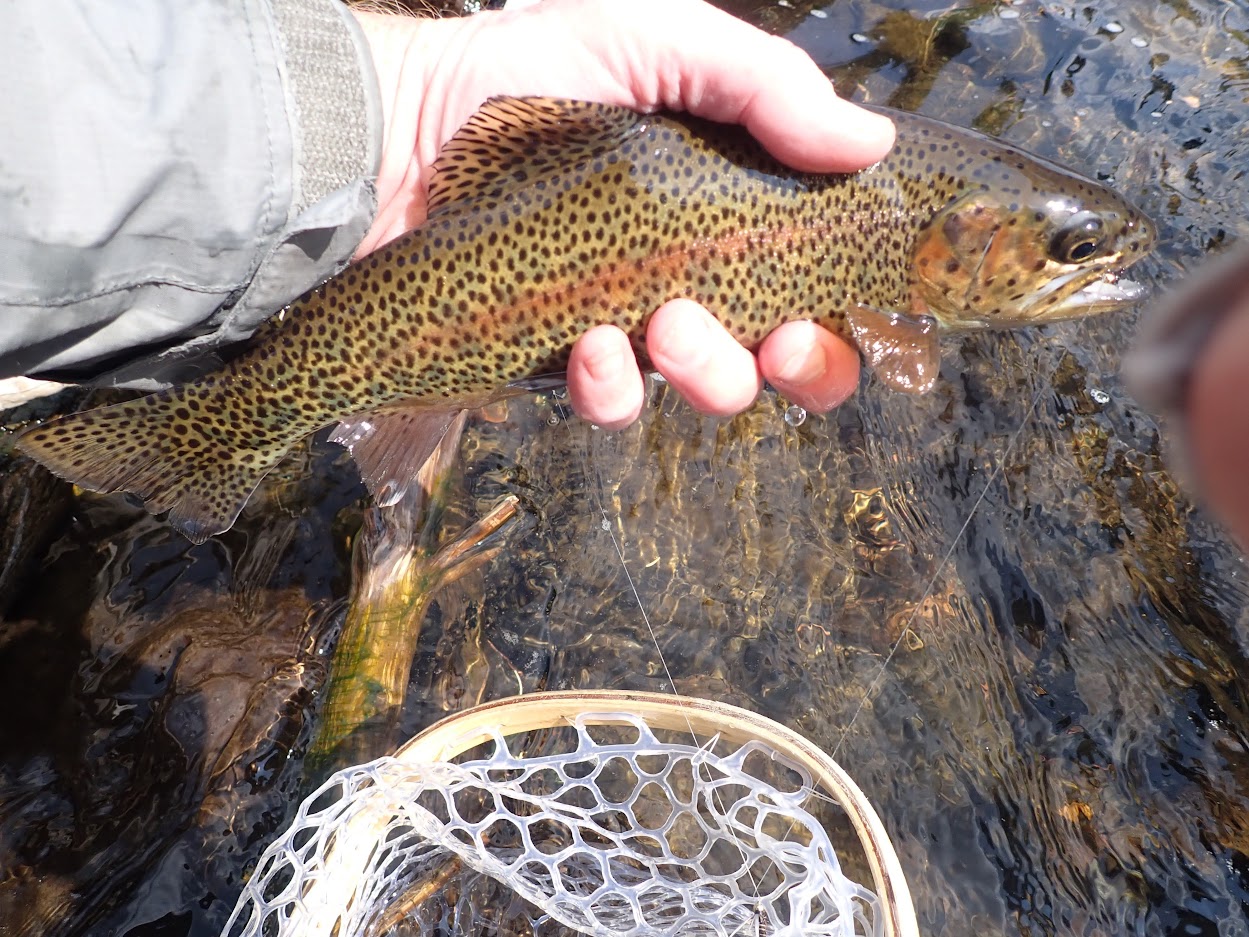 By 2:30PM the catch rate slowed considerably, my arm was sore and weary from four straight days of casting, and I grew increasingly concerned about my exit plan. I called it quits at 3PM to allow time to find the main dirt road, and after a .9 mile hike I arrived at my car. 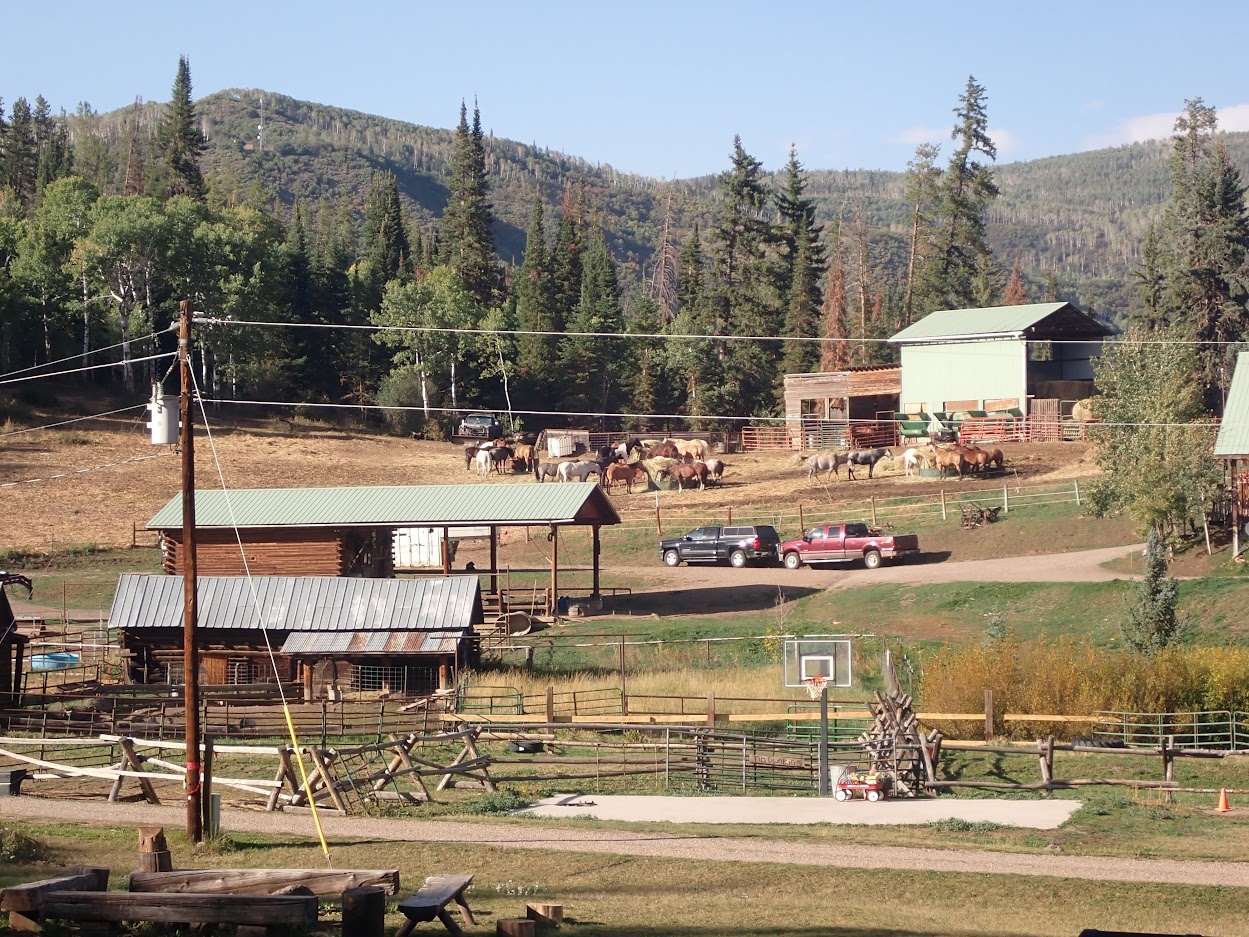 Outfitter and Horseback Riding Stables Next to Ute Lodge

Although I fell short of fifty fish on Thursday, I registered another outstanding day of fly fishing. I estimate that half of the thirty-six fish were robust rainbows and cutbows in the eleven to thirteen inch range. A sprinkling of vividly colored brook trout added to the mix, and I ended my week in the Flattops in a satisfied state of mind.