Wednesday was an amazing day and a stellar payback for my disappointing Tuesday afternoon. Let me explain. 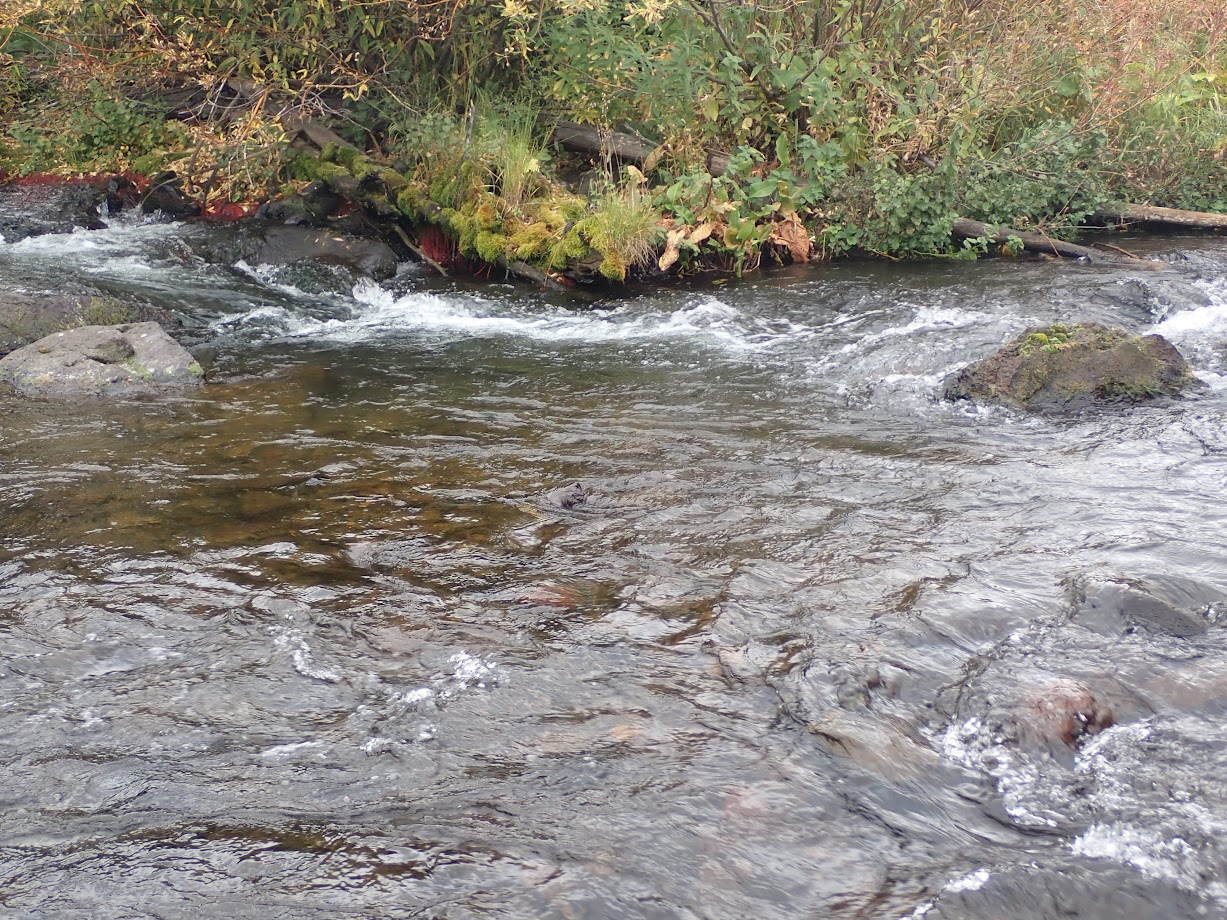 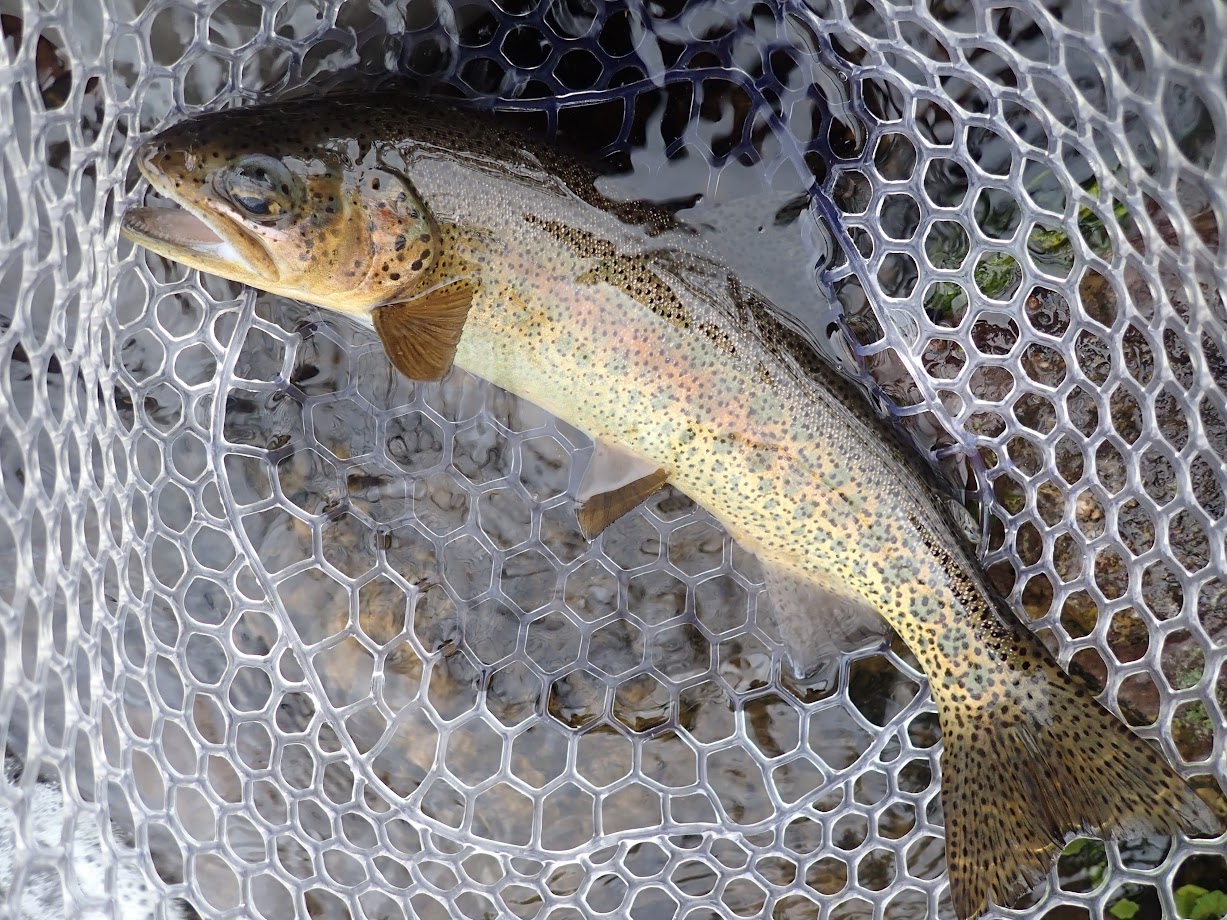 The last weather forecast that I examined before getting out of cell range on Tuesday predicted a high probability of rain on Wednesday afternoon with a high temperature in the low sixties. This forecast caused me to postpone my hike in to the South Fork, and instead I chose to spend the day on the North Fork, where I was closer to civilization in case of heavy rain. The temperature at 10:00AM was fifty degrees, so I wore my light down parka with my raincoat as an external layer and windbreaker. In addition, I wore my New Zealand billed hat with earflaps. I chose this hat, as it is more compatible with a raincoat hood than my western wide-brimmed head piece. During the morning and early afternoon the sky featured large high clouds and sporadic rain, but thunderstorms and heavy rain never materialized. Some blue sky appeared between 3:00PM and 4:00PM, and I was actually borderline overheated with my layers. 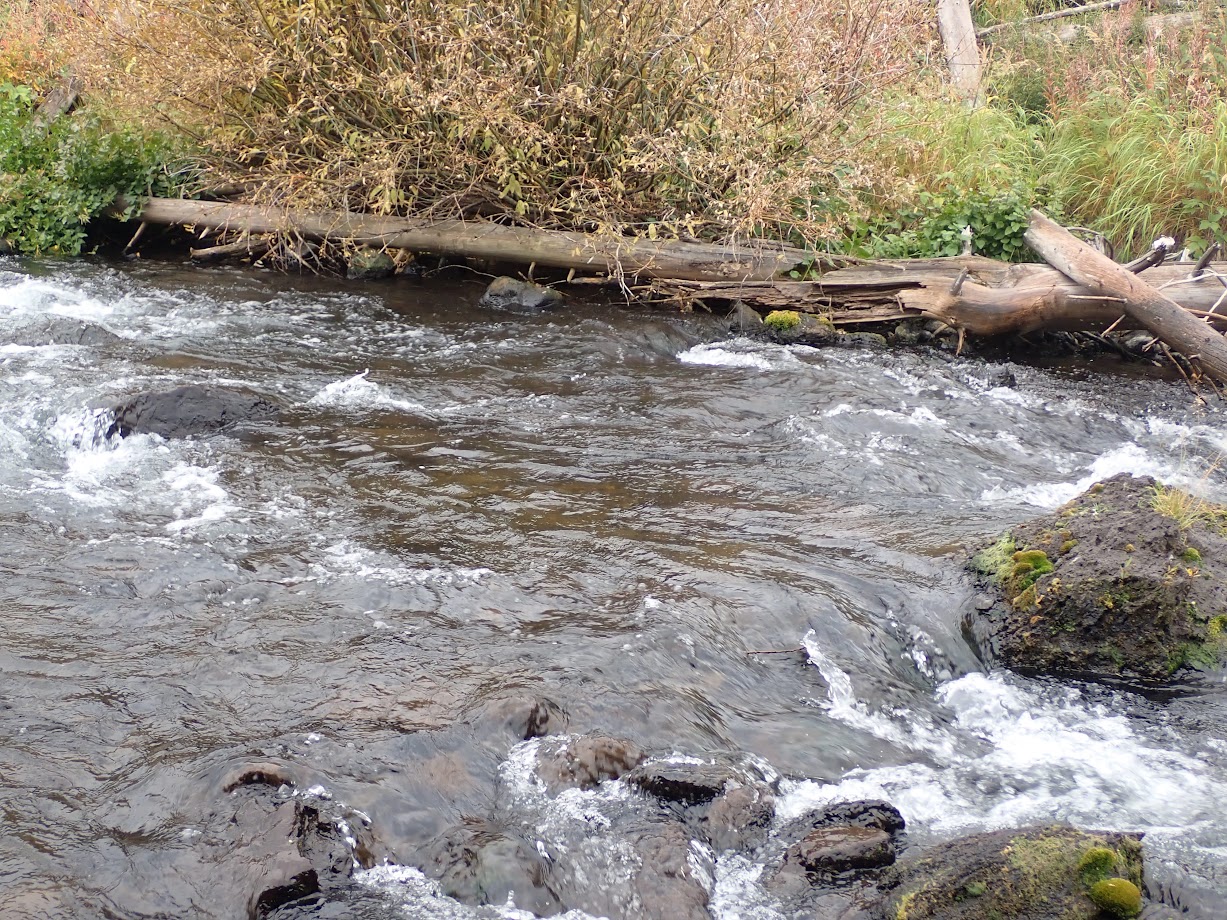 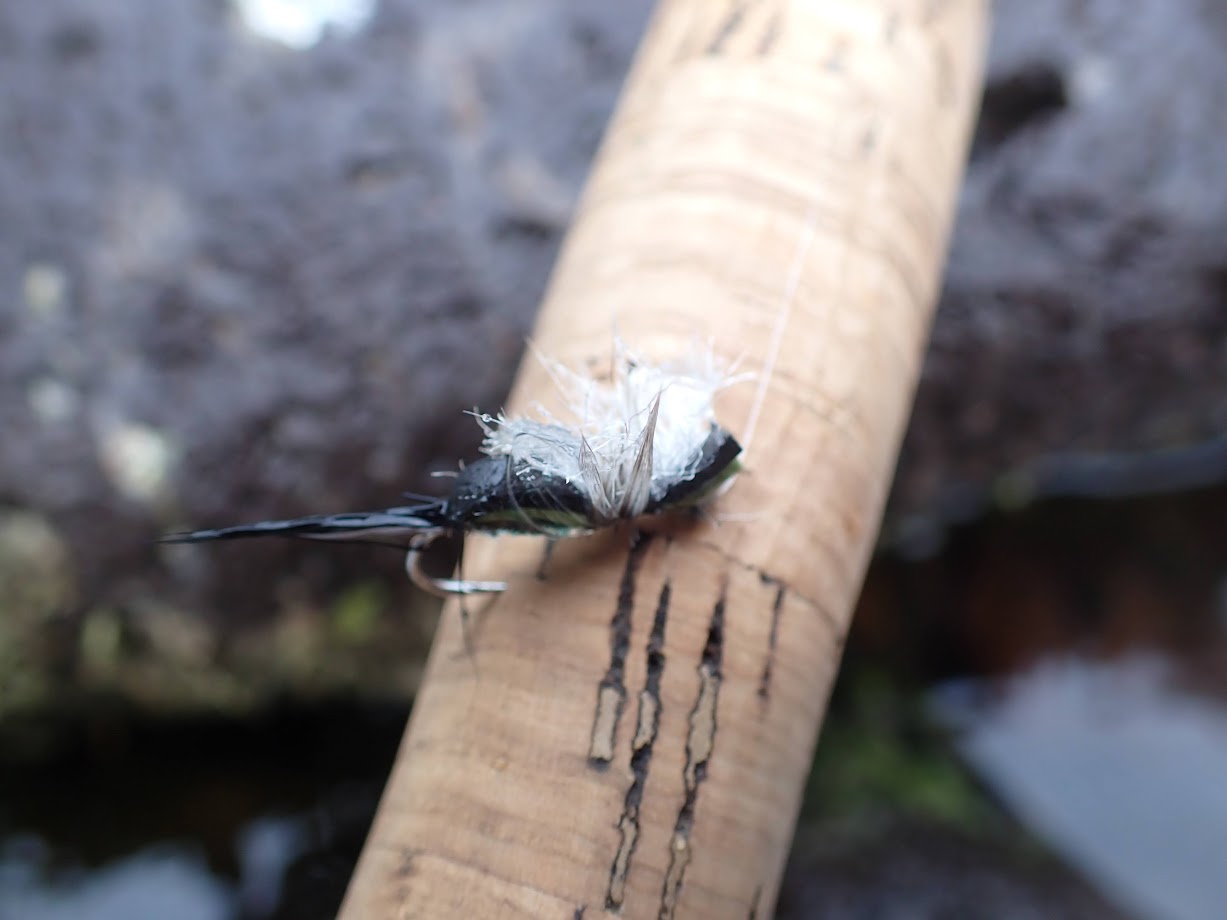 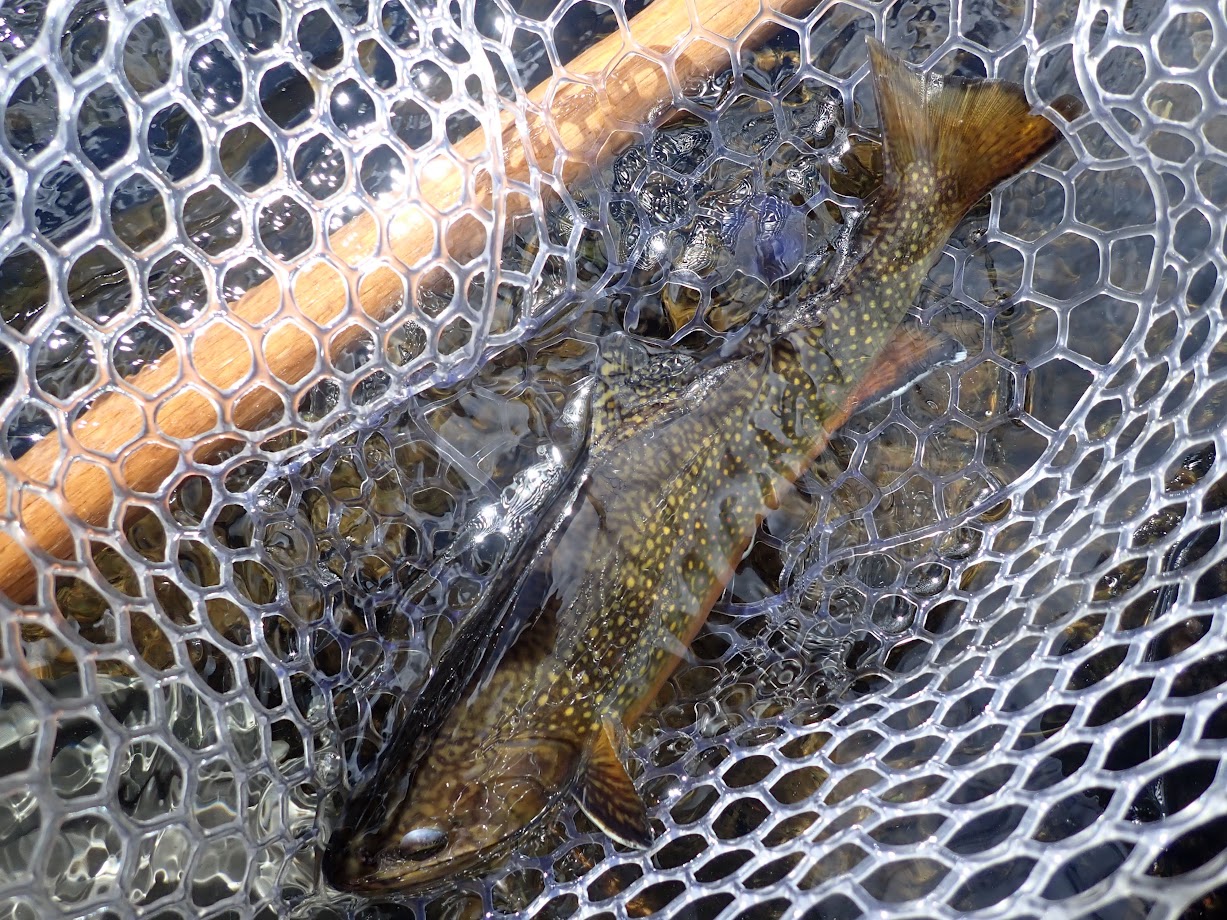 The flows appeared to be normal for the second week of September, and I took full advantage. I began with a tan size 8 pool toy hopper combined with a size 14 prince nymph and these flies allowed me to build the fish count to nine by the time I adjourned for lunch at noon. Although the morning results were decent, I was plagued with quite a few refusals and temporary connections to the pool toy, so I removed the hopper and shifted to a size 14 peacock body hippie stomper. The ninth fish that I landed snapped off the salvation, as I raised it to my net, so I experimented with the stomper fished solo. The single dry performed admirably, and the fish count climbed to nineteen. 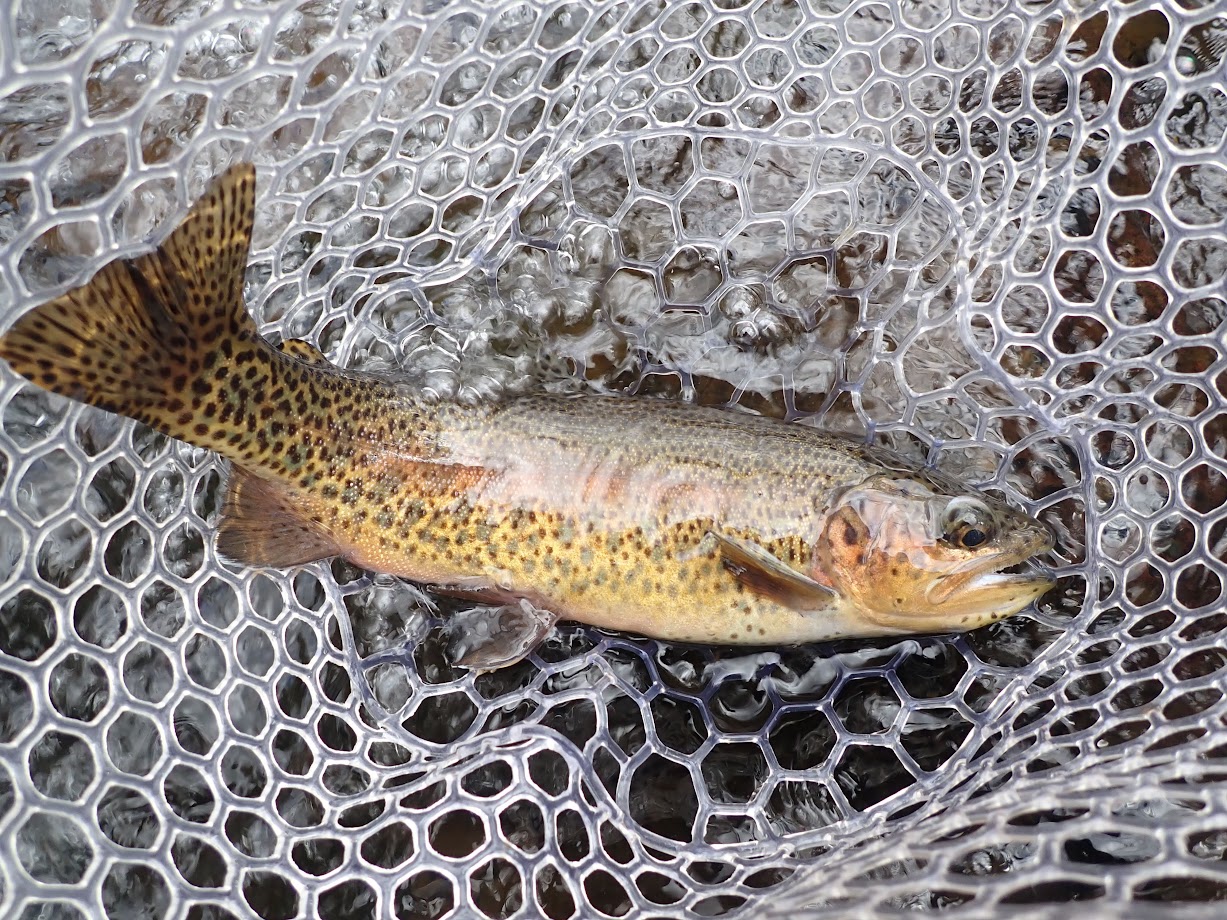 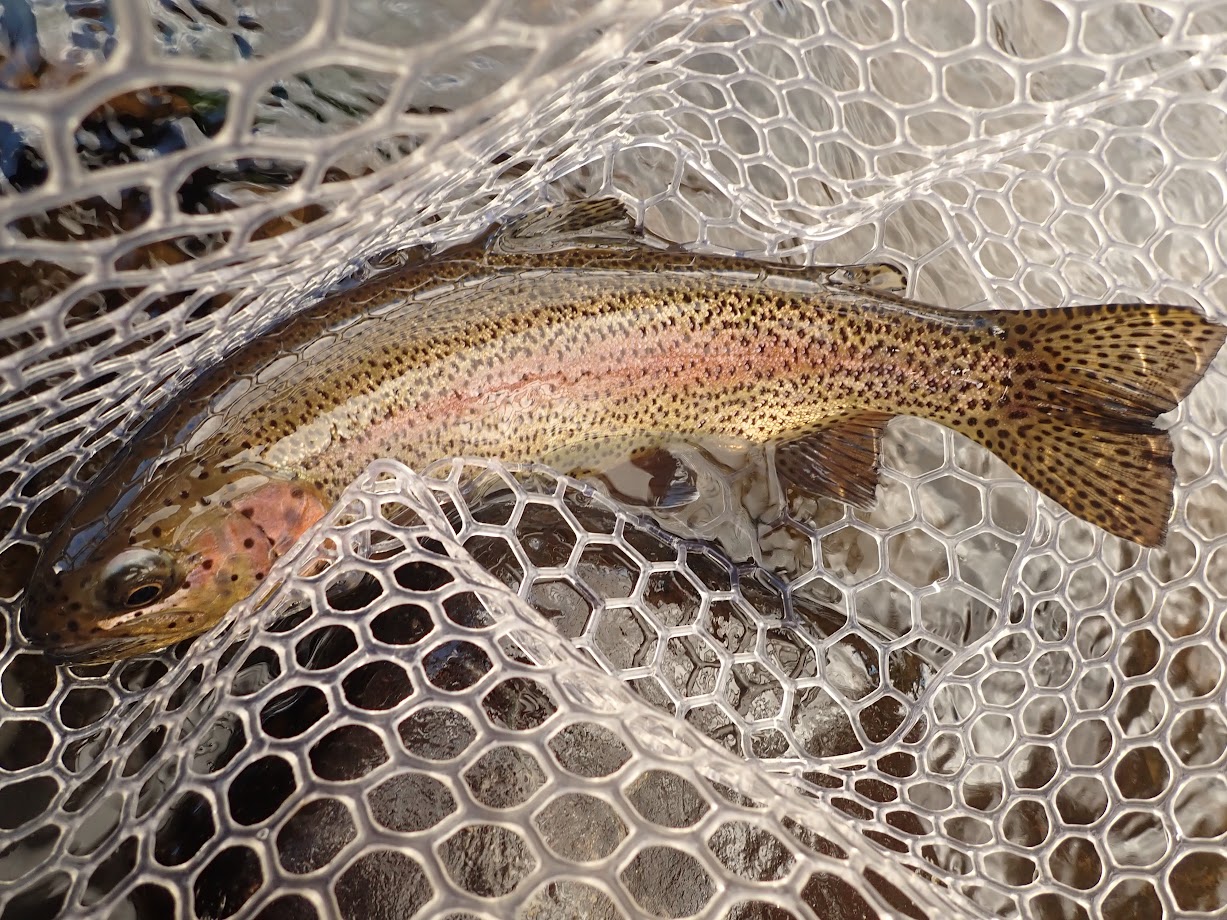 At this point in the early afternoon, I suffered through a rare fifteen minute slump, so I added a salvation nymph to the arrangement. Voila! The stomper and salvation remained on center stage, until I quit at 4:30PM. What a winning combination it was, as the fish count exploded to sixty-three! The overwhelming star of the afternoon performance was the salvation nymph, although the hippie stomper continued to be in demand. 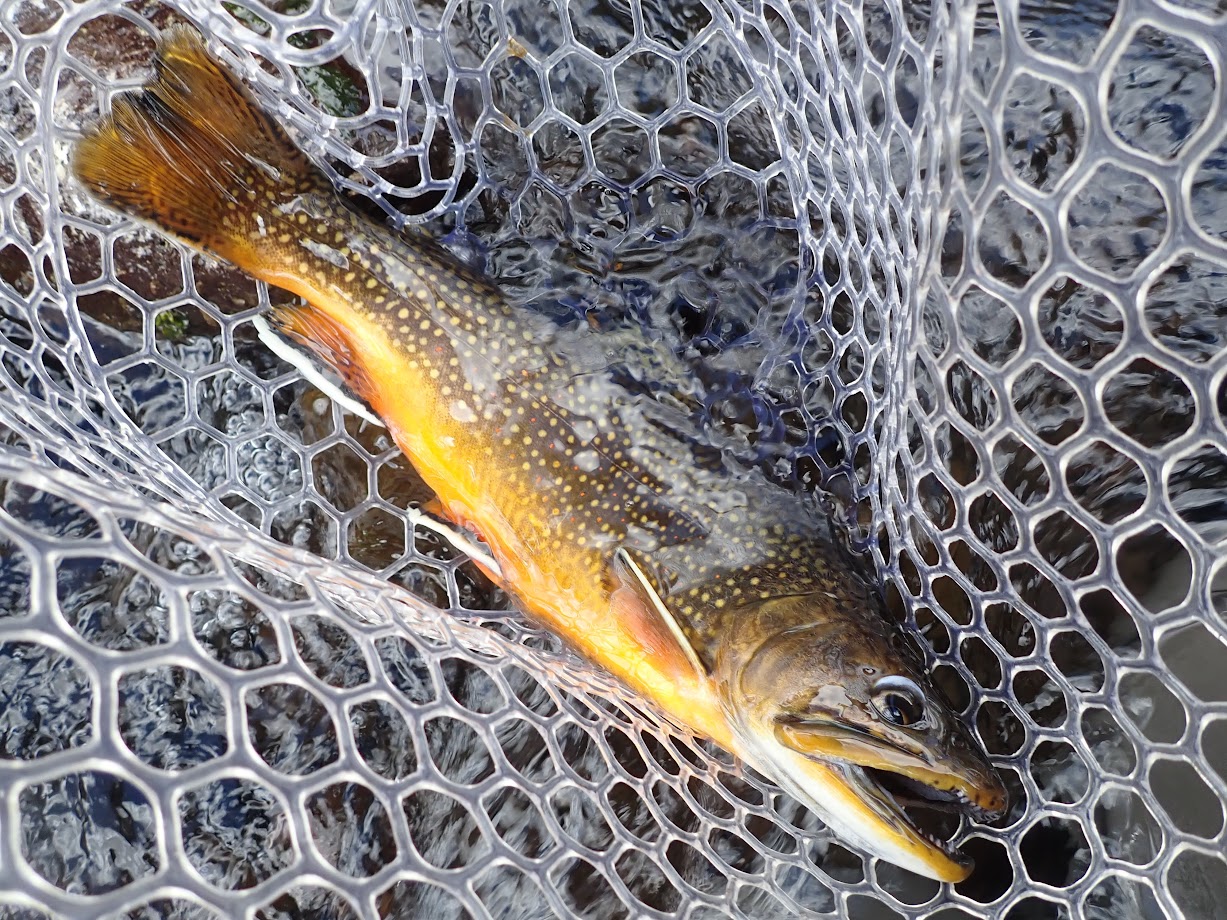 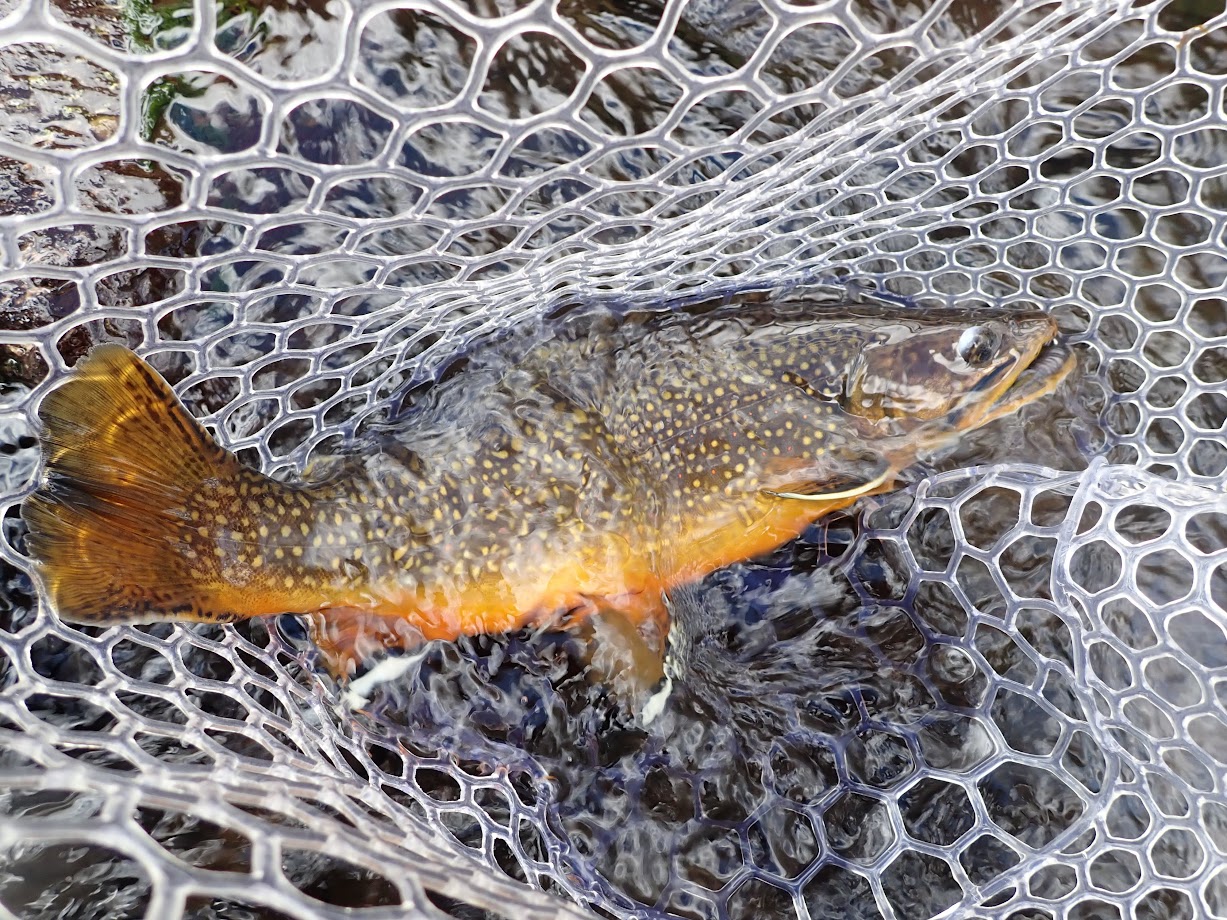 Of course, a huge number of landed trout were brookies in the 6-8 inch range, but I estimate that at least twenty rainbows and cutbow hybrids chomped on my flies during the course of my fly fishing expedition. Of the bow family haul at least ten trout were dynamic finned creatures in the twelve to fifteen inch range. I was quite pleased to interact with these feisty creek residents. I do not wish to overlook the brook trout, as I was fortunate to touch five in the eleven to twelve inch range with brilliant orange bellies. A foot long brook trout is a catch to be proud of. In this small stream environment beauty more than made up for size. As usual, the most productive locations were characterized by depth and length, and as time passed, I became more adept at placing my casts in the higher probability trout locations. Hopefully the torrid high mountain angling can continue on Thursday. 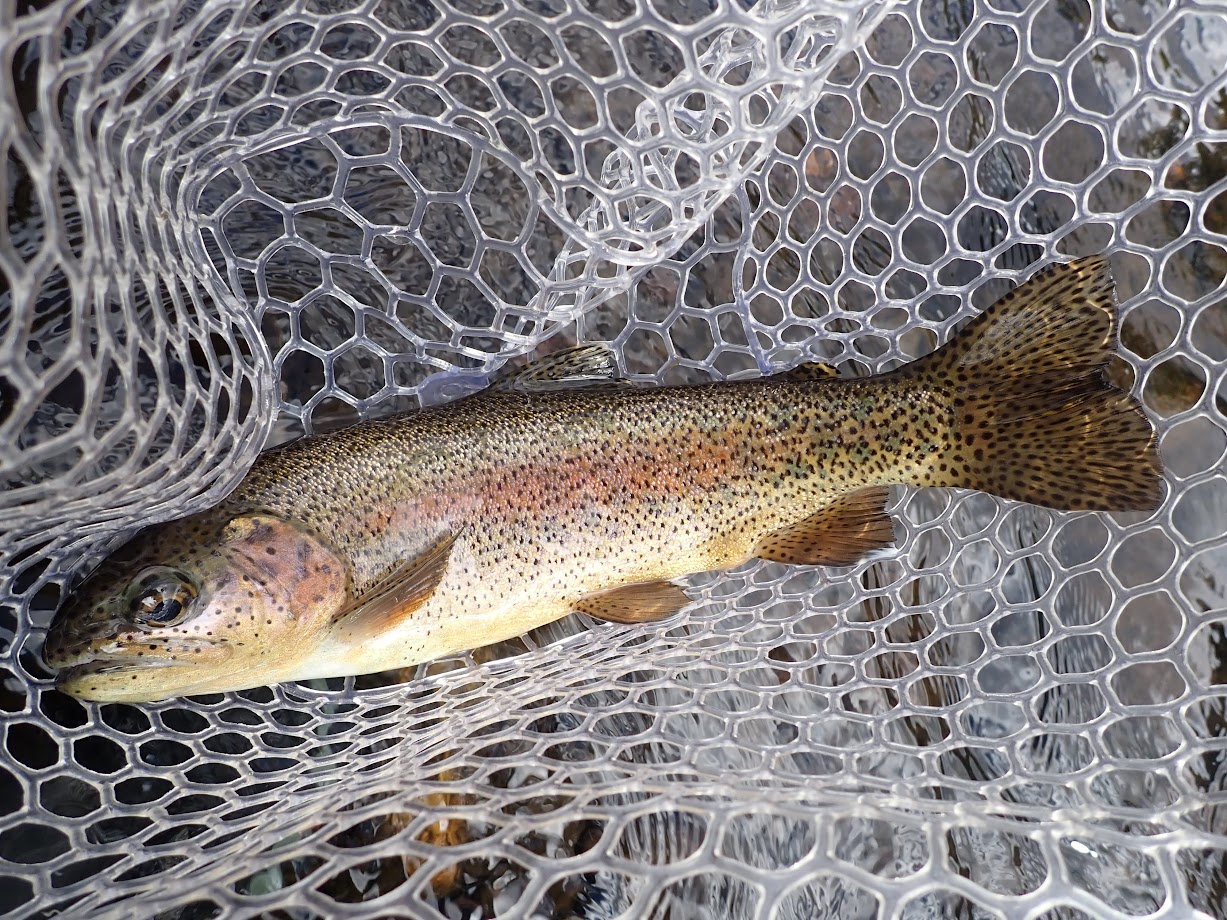 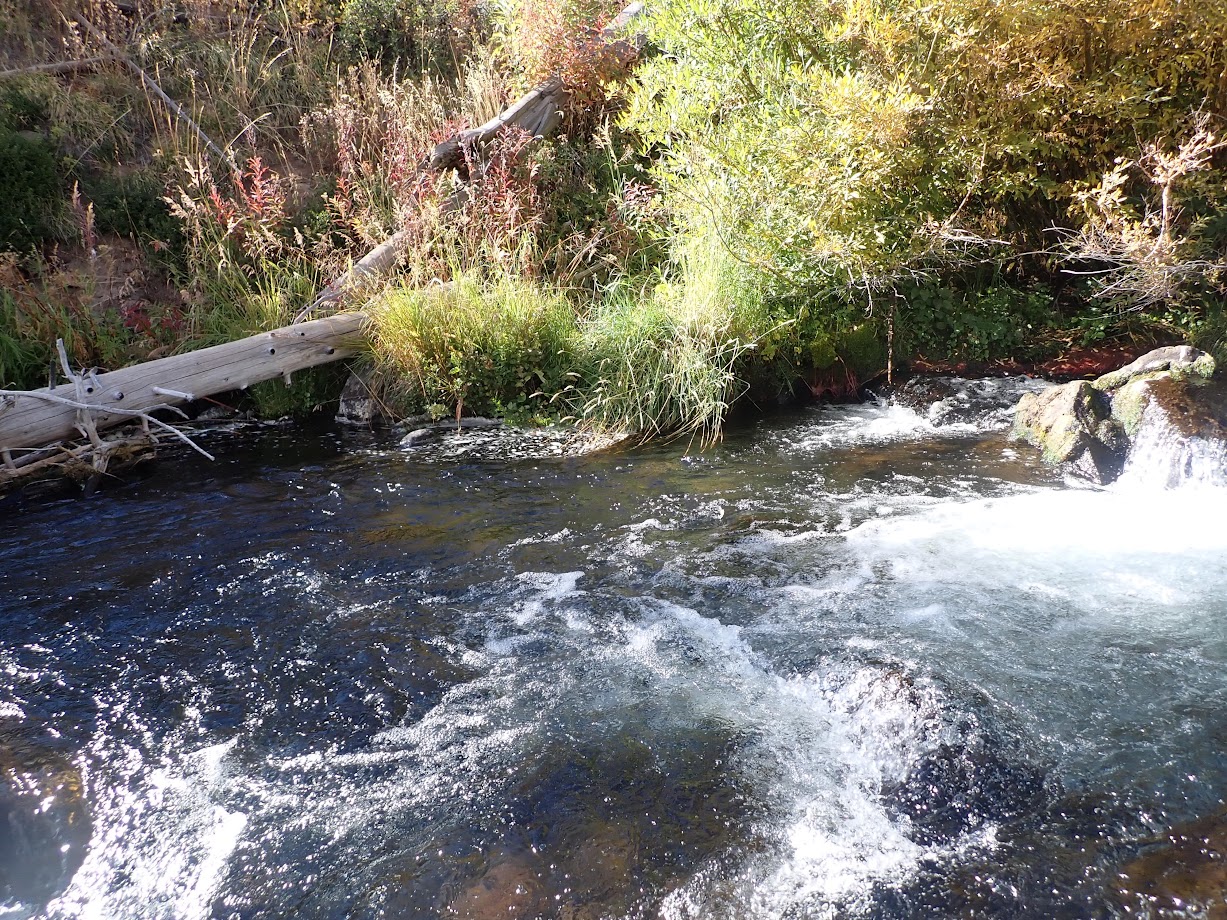 Next to the Foam Produced