Ever since I began fly fishing in my early thirties I dreamed of traveling to New Zealand, and on January 16, 2018 Jane and I made our dream a reality, as we stepped on to an American Airlines flight at Denver International Airport. We departed at 1PM and landed in Los Angeles LAX a few hours later. At LAX we found gate 41, where our American Airlines flight 83 departed at 11PM for Auckland, NZ. The reality of our next three weeks had not penetrated our beings at this time.

The flight from LAX to Auckland was uneventful, yet it would be an overstatement to describe it as fun or comfortable. Twelve and a half hours in a cramped coach seat is taxing regardless of how hard one tries to soften the experience. Jane and I bought neck cushions, and Jane sewed sleeping goggles, and we both took some over the counter drugs to induce sleep, but slumbering while sitting nearly upright with no leg room is not natural. I cannot imagine being a taller person in these circumstances.

Somehow we coped and touched down in Auckland at 9:30 on Thursday, January 18. The time difference of Auckland compared to Los Angeles is twenty-one hours, and our flight time was twelve hours. We actually skipped January 17 in our effort to reach New Zealand. Upon our arrival at the Auckland Airport we waited an hour for our luggage to appear, and another hour transpired while we passed through customs. Based on reports from other New Zealand fishing travelers; I scrubbed my waders, wading boots, and net thoroughly, but the customs check turned out to be a nonevent.

Next we navigated ourselves and our luggage to the Air New Zealand domestic terminal for our flight to Nelson on the northern end of the south island. We decided to eat lunch while we waited for our flight, and I ordered a BAP and a yogurt parfait. The BAP turned out to be similar to a breakfast sandwich. Another item to be removed from our checklist was purchasing Skinny mobile SIM cards for our phones. I ducked into an airport shop next to the lunch cafe, and I purchased two Skinny mobile SIM cards for $2 NZ each. We activated the two cards, and then we topped off and purchased a one month combo package which provided 2.5 GB of data per person. The process took longer than necessary, because I had no idea what topping off was. The customer service representative eventually explained that it was simply a pre-payment or deposit that would then be applied to the cost of the combo plan. For some reason top off to me connoted adding more data on to the amount included in the combo plan, but eventually the terminology became clear. We were also clueless about how to determine our new phone numbers, but after another call to the customer service group, we solved that riddle as well.

After a short flight to Nelson our hired driver picked us up and transported us to St. Arnaud on Lake Roto-iti, where we checked into the Alpine Lodge. Our traveling companions, John and Brenda, arrived ten minutes before us in the shared rental minivan, that they picked up three days earlier. Brenda and John arrived five days before us, so they could spend a couple days in Auckland and a few days in Nelson and Blenheim, an area famous for its vineyards. 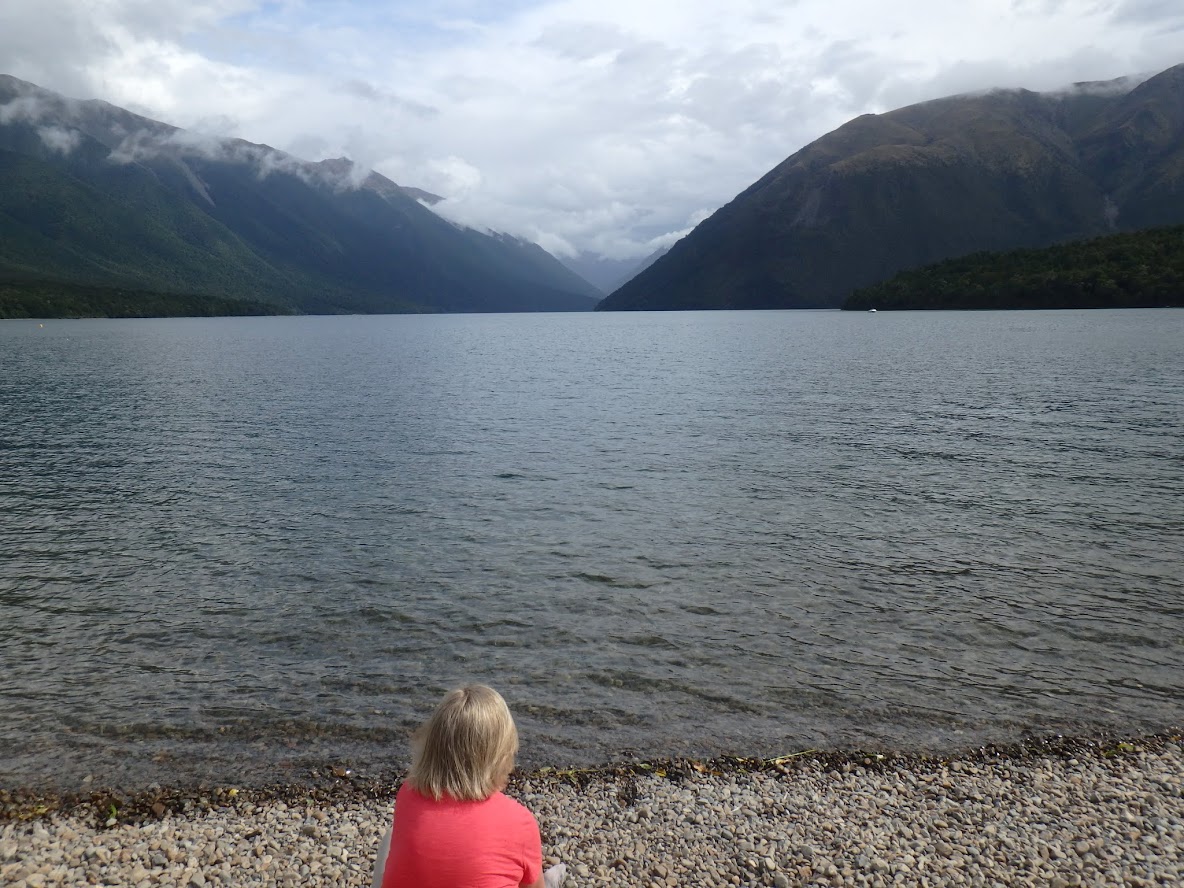 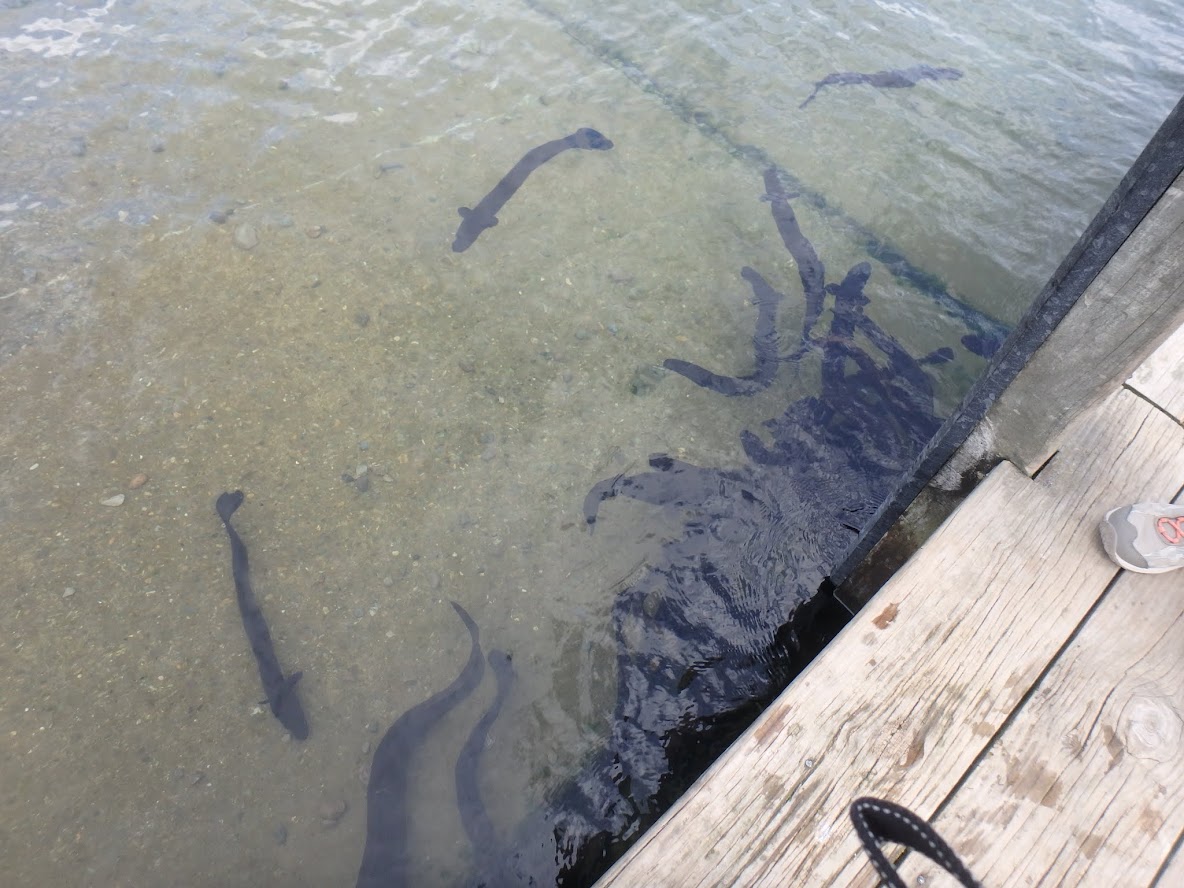 Longfin Eels by the Dock Waiting for Handouts

In order to convince ourselves that we were really in New Zealand; Jane, Brenda and I walked to the lake. We marveled at the beauty before us, and then we strolled over to the dock. As we gazed into the clear water below us, we were surprised to see a school of large eels slowly swimming about in the graceful undulating manner of the snake-like species. Brenda earlier mentioned reading about the presence of eels, but I was quite shocked to encounter them this early in our New Zealand south island adventure. When we returned to our room, I used the wifi network to do some research, and I discovered that the species observed are named longfin eels. They live as long as eighty to one hundred years, and at the end of their lives they migrate to the Pacific Ocean, where they spawn and die. I can only guess that tourists frequently feed them, thus their presence next to the dock.

After our eel viewing session we returned to the lodge and quaffed craft beers while watching the Denver Nuggets lose to the Los Angeles Clippers. The world has indeed become a small place. Once the game ended we adjourned to the dining room and savored excellent meals. I was quite pleased with my lamb shank with mashed potatoes and lamb gravy. 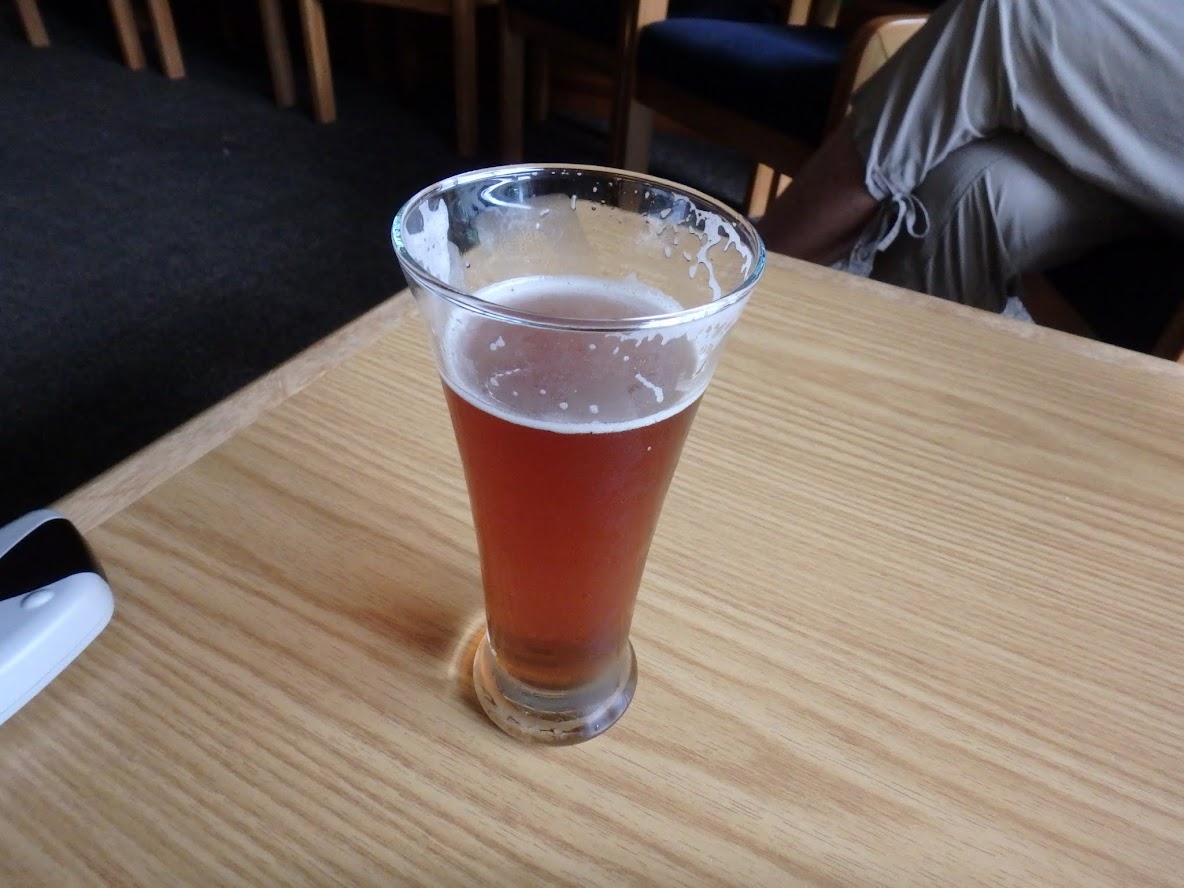 An APA by Sprig and Fern

I developed a new friendship with the tour guide of Mauger Tours, as he watched the Nuggets along with the rest of us Americans. The tour guide informed me that he is an Oklahoma City Thunder fan, since Steven Adams, their center, is a native of New Zealand. The northern section of the south island received considerable rain in recent days, and it continued during our drive from Nelson and overnight. Many of the small streams we crossed during our trip were obviously bloated and discolored. I nervously looked forward to our first guided fishing date of January 21.