The last four years have taught me to never approach a trout stream without a decent supply of beetles. My affection for Jake’s gulp beetle began with a trip to the Elk River in Fernie, BC, and the infatuation has not waned during recent seasons. The beetle floats high and makes a nice enticing plop as it smacks the water surface. The narrow orange foam indicator strip was a stroke of genius, and it enables me to track the low floating black imitation in all but the most adverse lighting conditions. A description of my introduction to Jake’s gulp beetle is found in my 10/22/2015 post along with an outline of the tying steps. 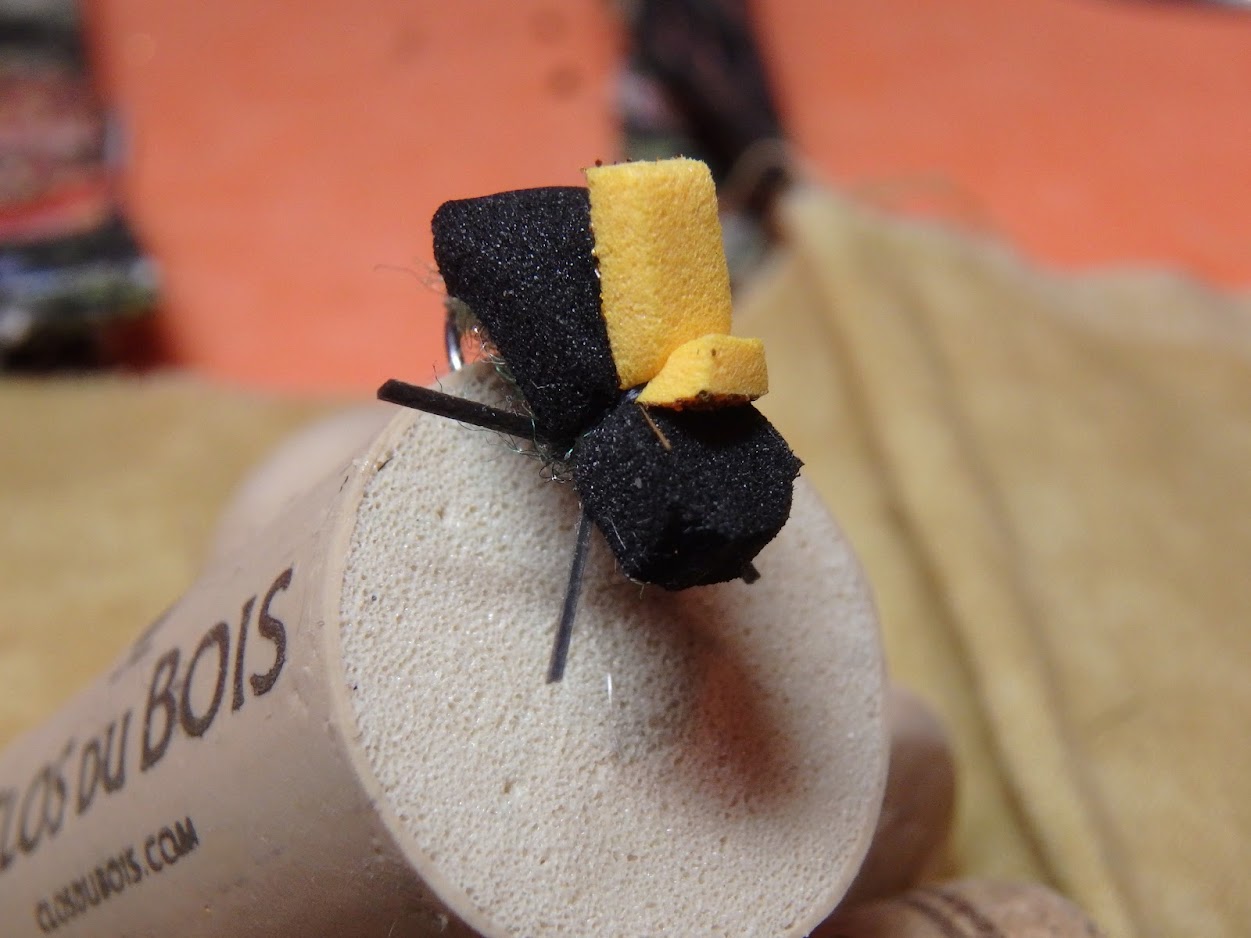 Jake’s gulp beetle is a fairly fast and simple tie, and this reinforces my affinity for the effective terrestrial. Through trial and error I learned that the most effective color is a peacock dubbed body, and I focused my tying efforts on that color. Over time I downsized the size from 10 to 12, and I encountered several situations in 2018 where the twelve provoked mostly refusals. I responded to this pointed message from the trout, and I produced five new size 14 beetles. I am very anxious to toss these smaller tidbits to the fussy coldwater residents of western streams.

Jake’s gulp beetle was responsible for many days of torrid fishing particularly on small streams in the September and October months. My most recent post on Jake’s gulp beetle of 01/15/2018 provides links to several intense beetle days in 2017. There are few better feelings in fly fishing than plopping a beetle to likely fish holding areas and then experiencing aggressive surface slurps a high percentage of the time. Another of my favorite ploys is to progressively downsize my offering when faced with refusals by reluctant surface feeders. Typically I begin with a size 10 Chernobyl ant followed by a size 12 hippy stomper. If these flies fail to close the deal, I move to a size 12 Jake’s gulp beetle. I now have the wherewithal to migrate to a size 14 beetle, and if all else fails, I carry an adequate supply of size 18 parachute ants. Trout find such a buffet of terrestrials virtually irresistible. 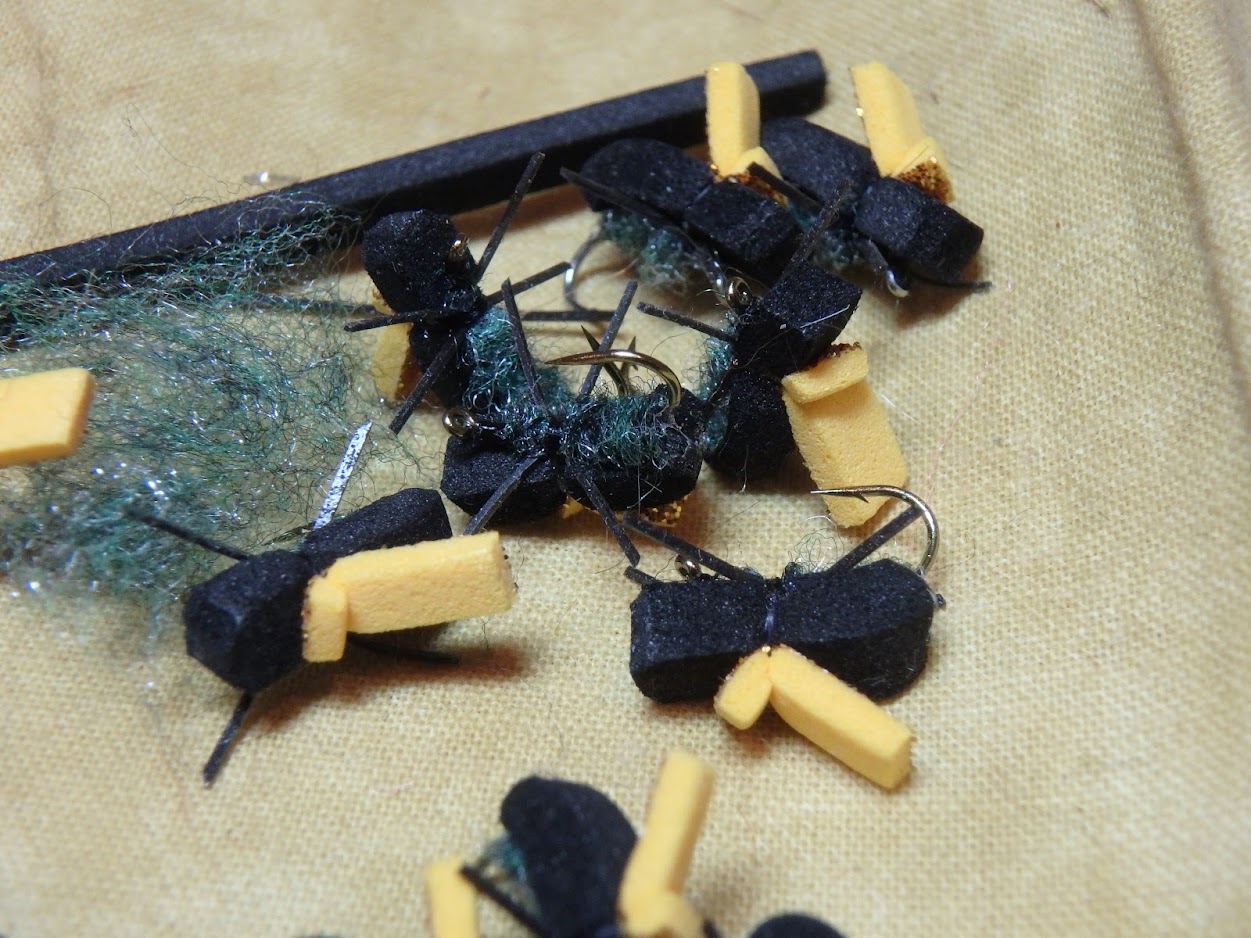 When I counted my supply of Jake’s gulp beetles, I discovered that I possessed an adequate supply of peacock and red body versions for the upcoming season. I focused my efforts on refurbishing two size 10’s that lurked in my damaged fly canister. Upon completion of this task I manufactured five size 14’s and then closed out the beetle production with five size 12’s for my son. Can beetle plopping season be far away?