Jake’s gulp beetle has earned the status of indispensable mainstay in my fly box. For some reason I did not use it as frequently in 2019 as during the previous two seasons, but I would not want to be on a stream anywhere in the world without it. Beetles are prevalent in nearly every ecosystem, and trout are keenly aware of their presence.

If you read my original post on Jake’s gulp beetle, you can learn about my introduction to this productive pattern. This post also contains step by step tying instructions; however, I no longer use the slit method outlined in steps 7-9. Simply apply pressure when wrapping the thread between the rubber legs, and this action will create an indentation that mimics the separation between the head and body of a beetle. 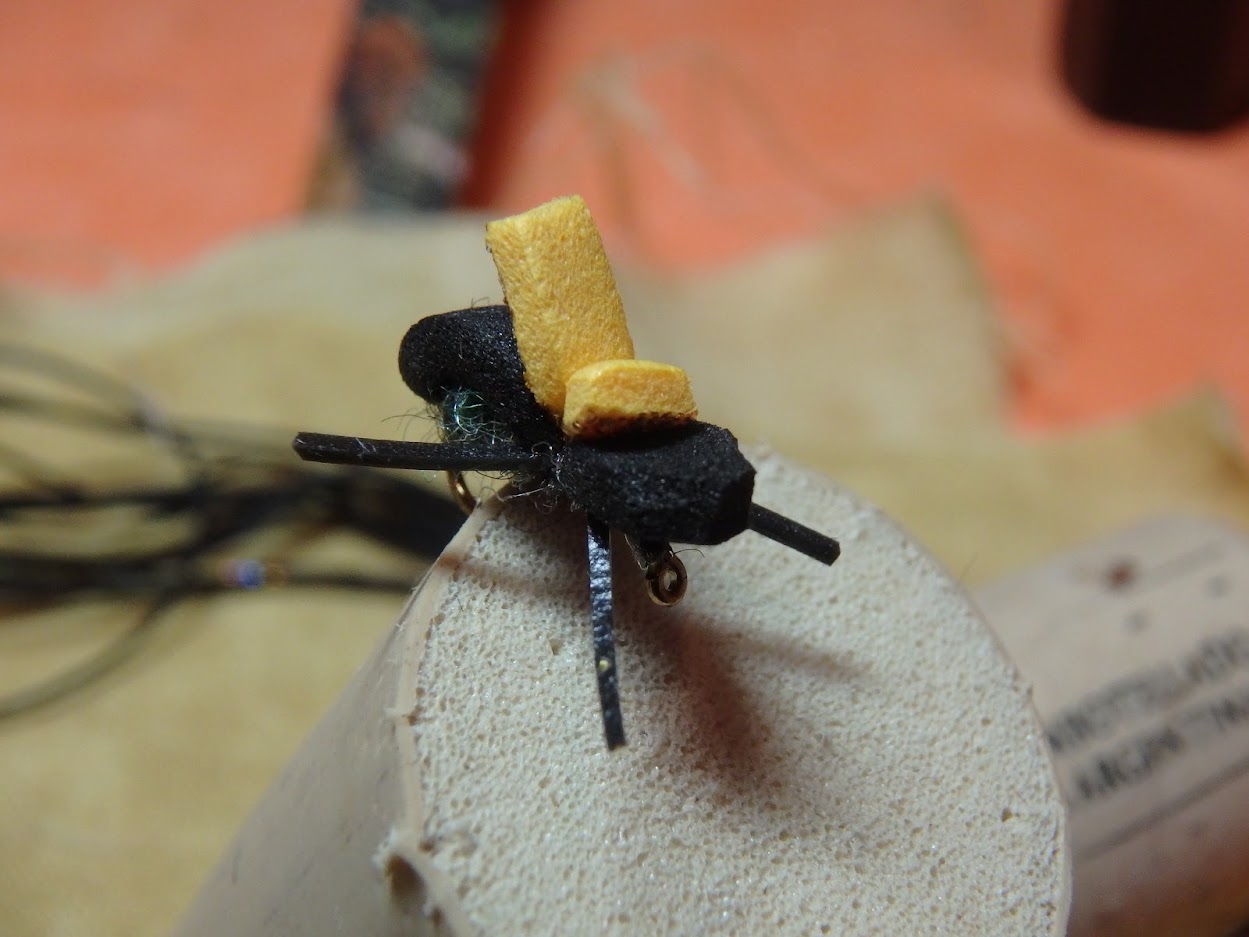 For some reason I did not utilize the Jake’s gulp beetle as frequently in 2019 as previous seasons. 2019 was a year of late run off and high flows throughout the late summer and fall months, and I suspect that the beetle excels during low clear water conditions, when the telltale plop registers with wary stream residents. Check out my post of 01/28/2019 for additional information regarding Jake’s gulp beetle, and how I deploy them. 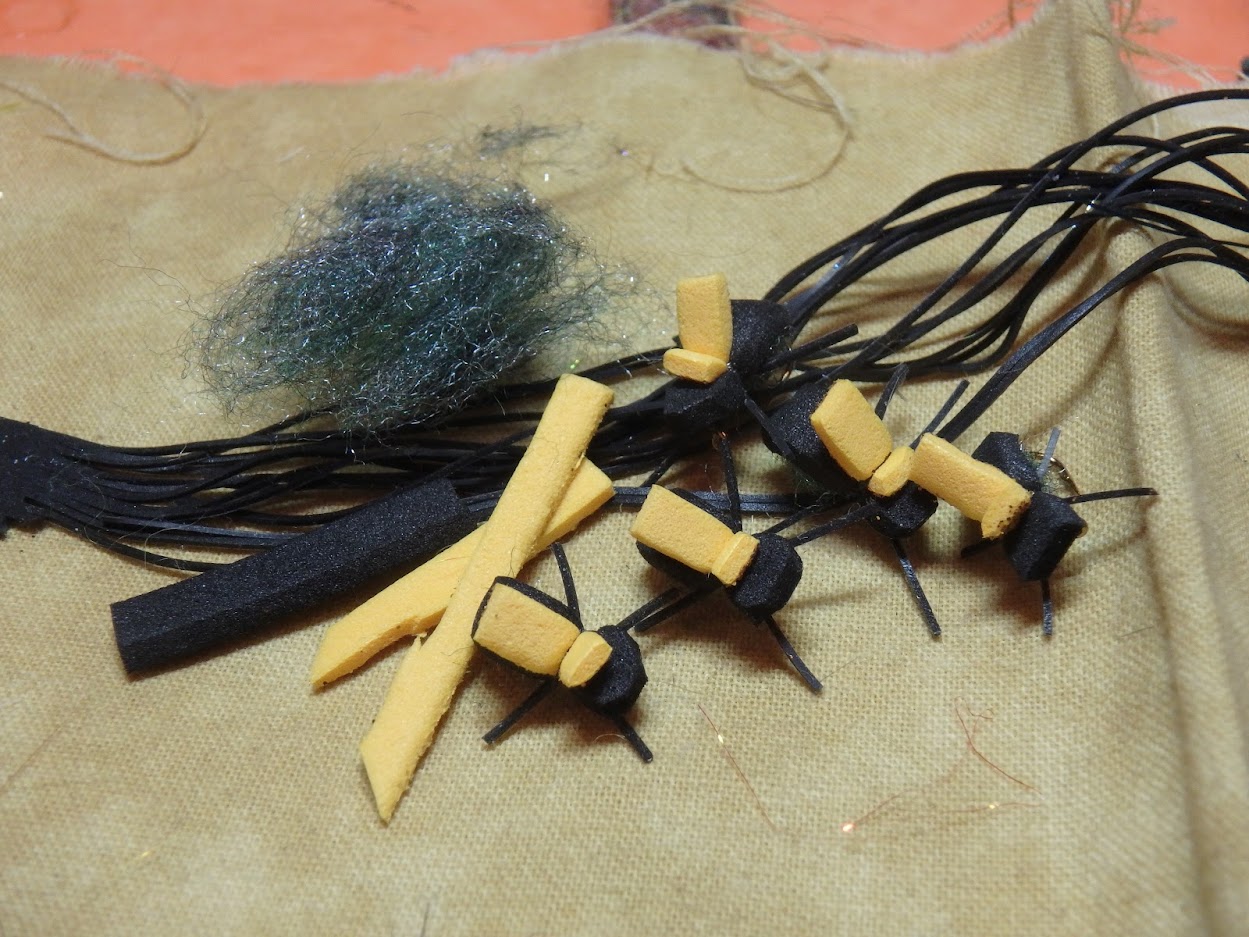 A Batch of Five Finished

When I recently counted my supply of beetles, I determined that I had adequate quantities of size 10 and 12. Last winter I tied five size 14 imitations, so I decided to increase that size to ten and produced an additional five. These are available for situations, where the trout refuse the larger beetles.