What does a Fat Albert imitate? Surely not a character in a Bill Cosby comedy skit. In today’s world even a mention of Bill Cosby is probably politically incorrect. During my fishing trip to Rio Manso Lodge in Argentina in December 2013 two fishing guests from California were in our group, and I fished with each of them during my one week stay. Todd was the other occupant of our boat on Lago Roca on the last fishing day, and he deployed a Fat Albert on his line for much of the time. Todd registered a very successful day of fishing on December 7, 2013, and accolades for the Fat Albert made a huge impression on my thinking. It was not readily apparent what the Fat Albert was imitating, but when it was fooling twenty inch fish with regularity, who cared? 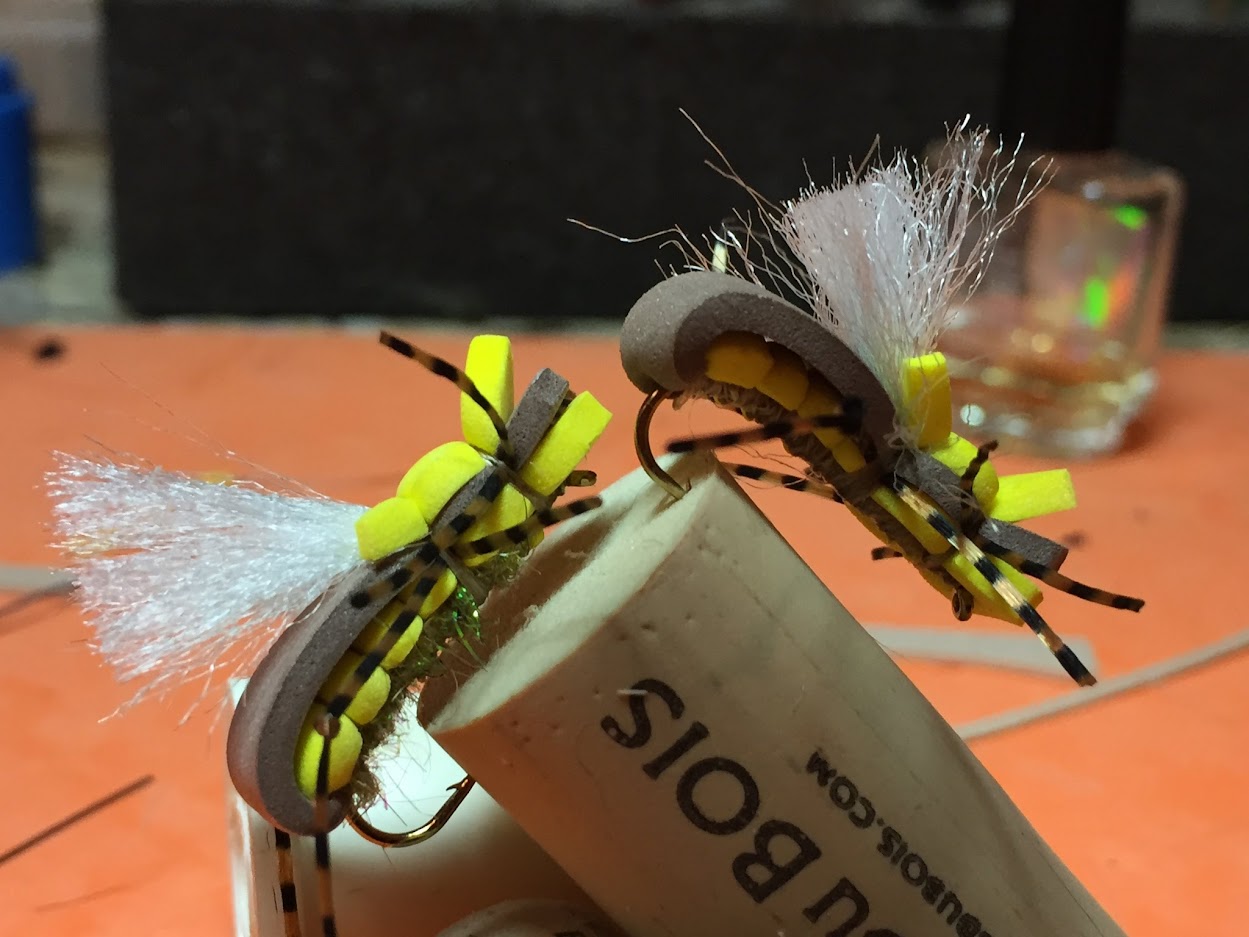 Since I was nearing the end of my production tying of tried and true patterns, I decided to create some Fat Alberts to test in North America. I searched on line for tying instructions and found several YouTube demonstrations. I possessed all the necessary materials, so I sat down at my tying desk and produced ten foam attractors. I varied the underbody colors between green, orange, yellow and tan ice dub. For the foam overbody I stuck with brown, tan and yellow for the first versions. but then I created some prototypes using medium green and light green. 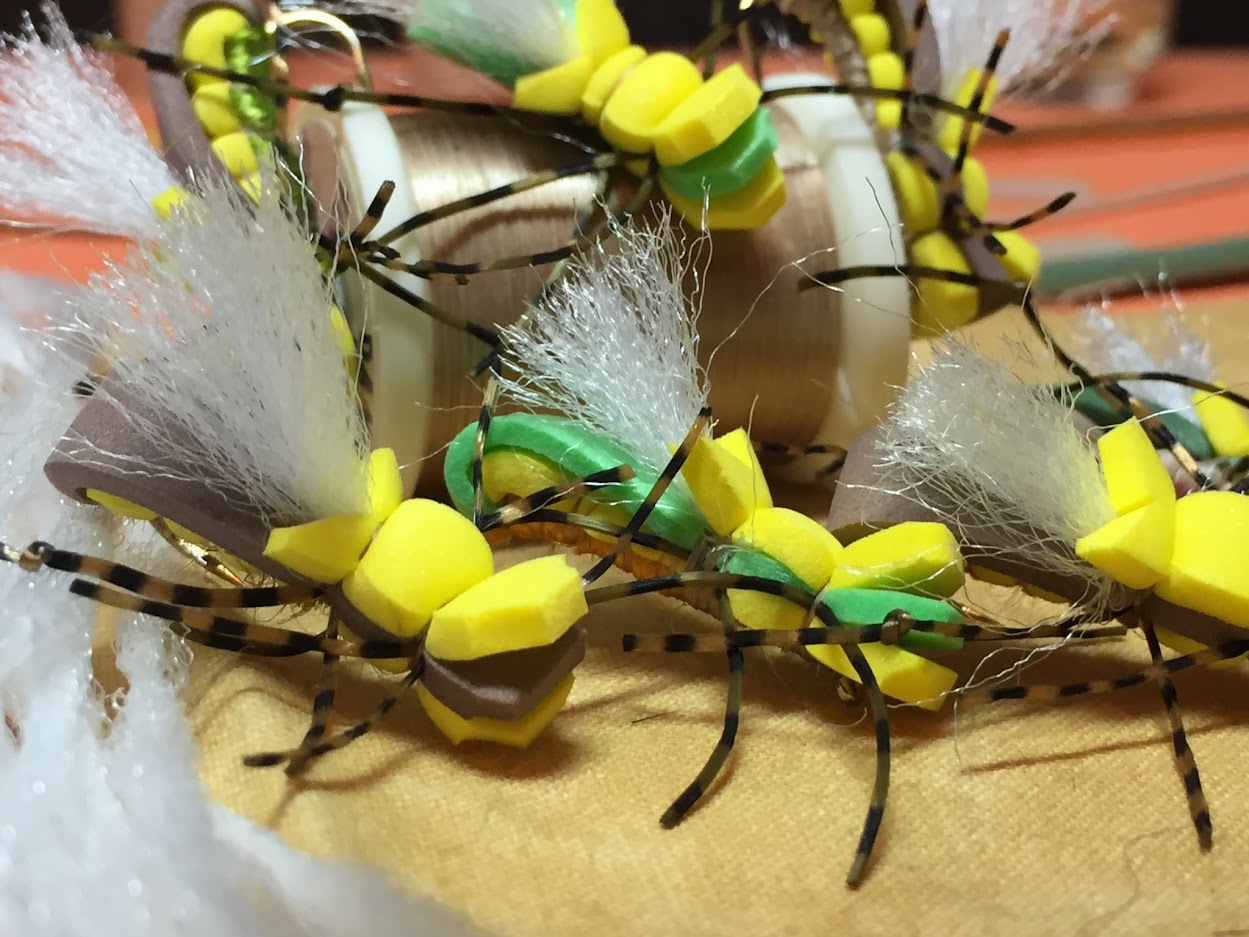 Close Up of Some Fat Alberts

These flies are now secured in my boat box and ready for action in 2016. In fact, I used the Fat Albert on two trips to the North Fork of the Saint Vrain in March. It did not produce any fish, but served its purpose well as a buoyant surface indicator. Hopefully as the water warms up, and as the fish look more toward the surface for their meals, the Fat Albert will quickly prove its worth.