My love affair with the fat Albert began during a trip to Patagonia in December 2013, and I tied a small starter quantity in March 2016. I began with a variety of colors, but over the intervening years I settled on a size six yellow version as my favorite. If you read my post of 02/25/2018, you will learn of my success with the yellow fat Albert on the challenging waters of Penns Creek.

For the most part I view the fat Albert as a strike indicator with a hook point. The large, visible, buoyant, and durable attractor is better than a strike indicator, when it comes to suspending two size 14 beadhead nymphs. A yellow fat Albert, beadhead hares ear nymph and salvation nymph yielded numerous outstanding days during the past three years, and I expect this performance to continue. 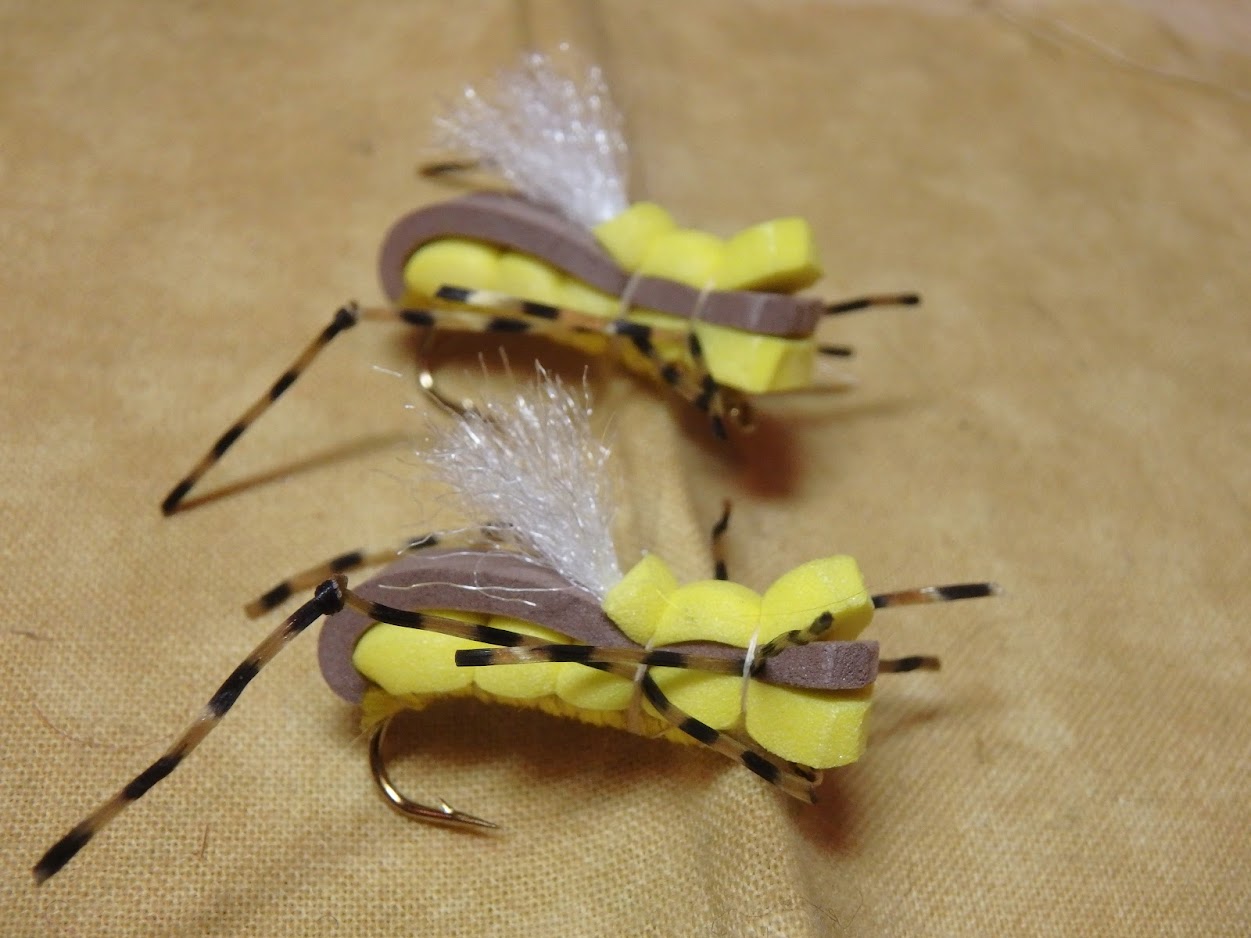 Although I clearly view the large foam hopper imitation as an indicator, it often surprises me by initiating a savage attack from a stream resident. In fact the trout that crush the fat Albert are generally larger than the cousins that focus on the subsurface nymphs. Surely the hopper or stonefly imitation represents a significant feast to these veterans of the underwater world. 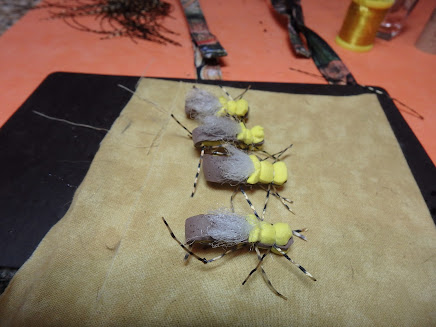 I counted sixteen yellow fat Alberts among my fly box collection, and I decided to tie five additional models to bring the 2019 beginning inventory to twenty-one. I plucked three from my fly box and replaced missing legs to make them viable imitations, and then I manned my vise and produced two more from brand new hooks. Fat Alberts will once again appear on western rivers and streams, and I am certain they will fool trout and support nymphs in 2019.