Jane and I enjoyed a camping trip to Steamboat Lake State Park in June, and during that visit we completed the Diamond Park Trail hike with a return on the Wyoming Trail. The total loop was around eight miles, but this outdoor adventure provided an opportunity to scout some new stream miles for future fishing trips. The advance reconnaissance paid off, as Jane and I returned to the area on Monday, August 3, and I scheduled a day of fly fishing in the upper Elk River drainage. 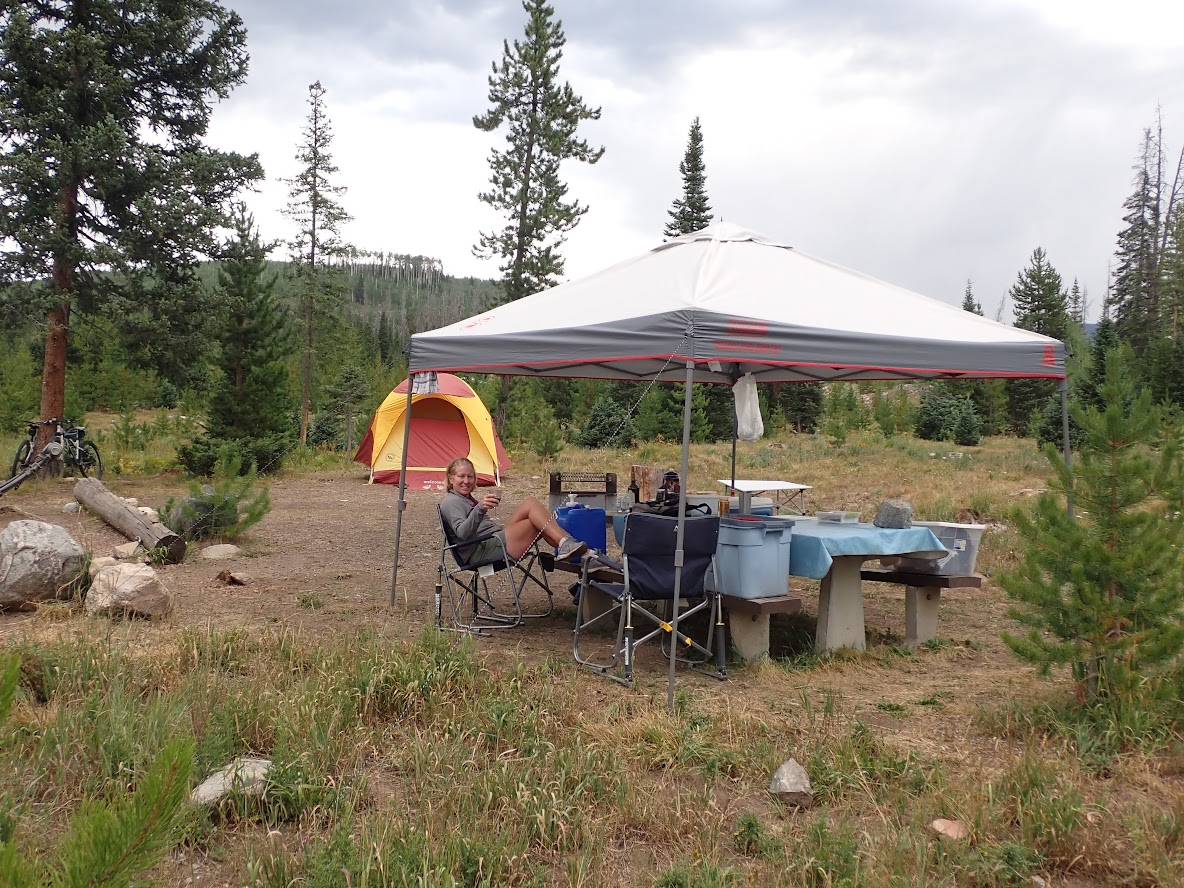 As expected, the river was considerably lower than during our stay in June. I debated whether to fish the main stem of the upper Elk or one of the three forks, but the lower flows pointed me toward the higher volume of the main river. Jane planned to once again hike the Diamond Park – Wyoming Trail loop, and I departed from the campground and arrived at a pull through parking area next to the Elk River by 9:15. I quickly assembled my Sage four weight, jumped into my waders and strolled on a path through sagebrush to the edge of the river. 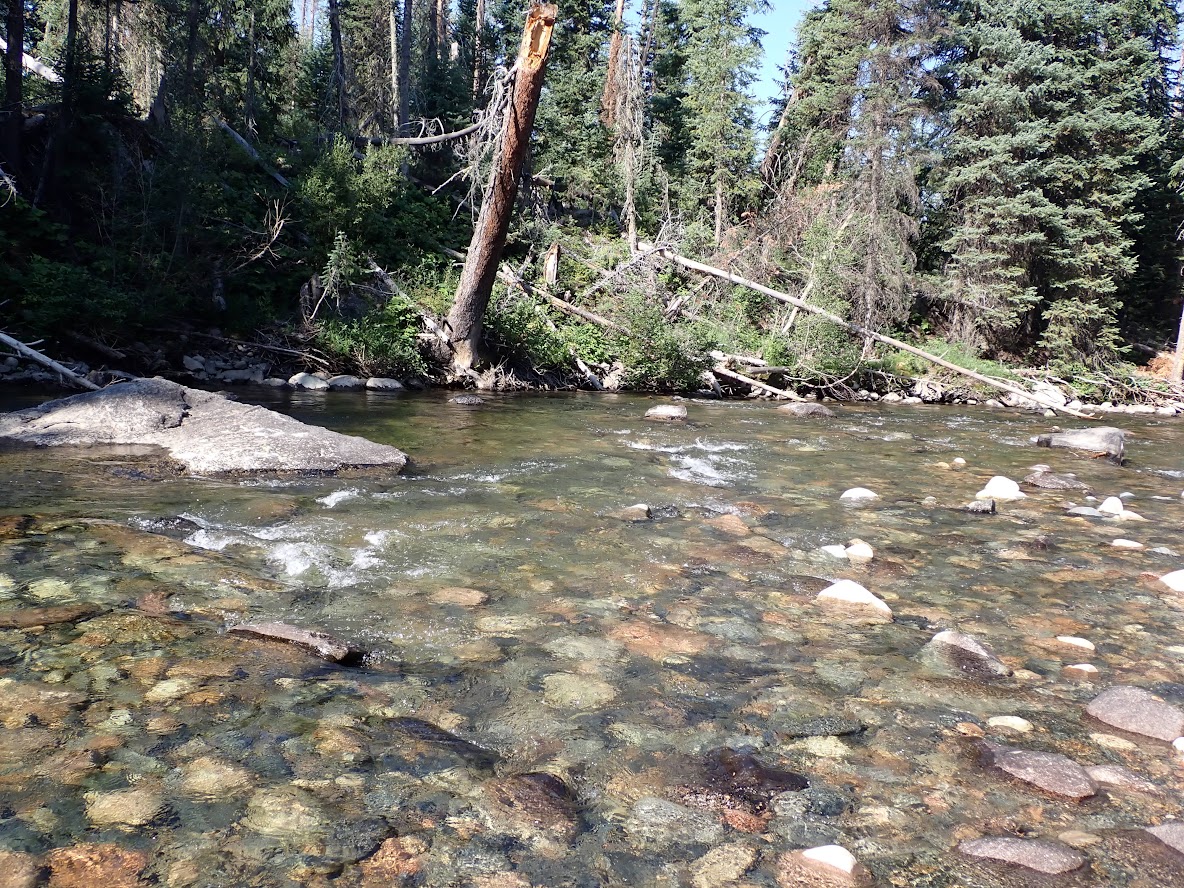 Hopes Were High at This Point

The air temperature was around sixty degrees, as I began, and it was obvious that I was not the first person to fish this segment of the Elk River, as I was greeted by worn spaces along the bank. I rigged my line with a pool toy hopper, beadhead hares ear, and salvation nymph. These are among my mainstay flies, whenever I approach never before fished water. I probed likely runs and pockets for thirty minutes without an ounce of action; no looks, temporary hook ups, or refusals. I began to challenge my decision to fish the main stem and considered moving to one of the forks, but then I decided to test a double dry fly approach, as I moved upstream and away from the presumably highly pressured area at the end of the trail. I tied a peacock hippie stomper and light olive stimulator to my line, and I finally connected with a decent fish on an across river cast to a nice shelf pool. Luck was not in my corner, as the fish made a quick attempted getaway and succeeded, and I uttered a few choice words, as my limp line dangled in front of me. 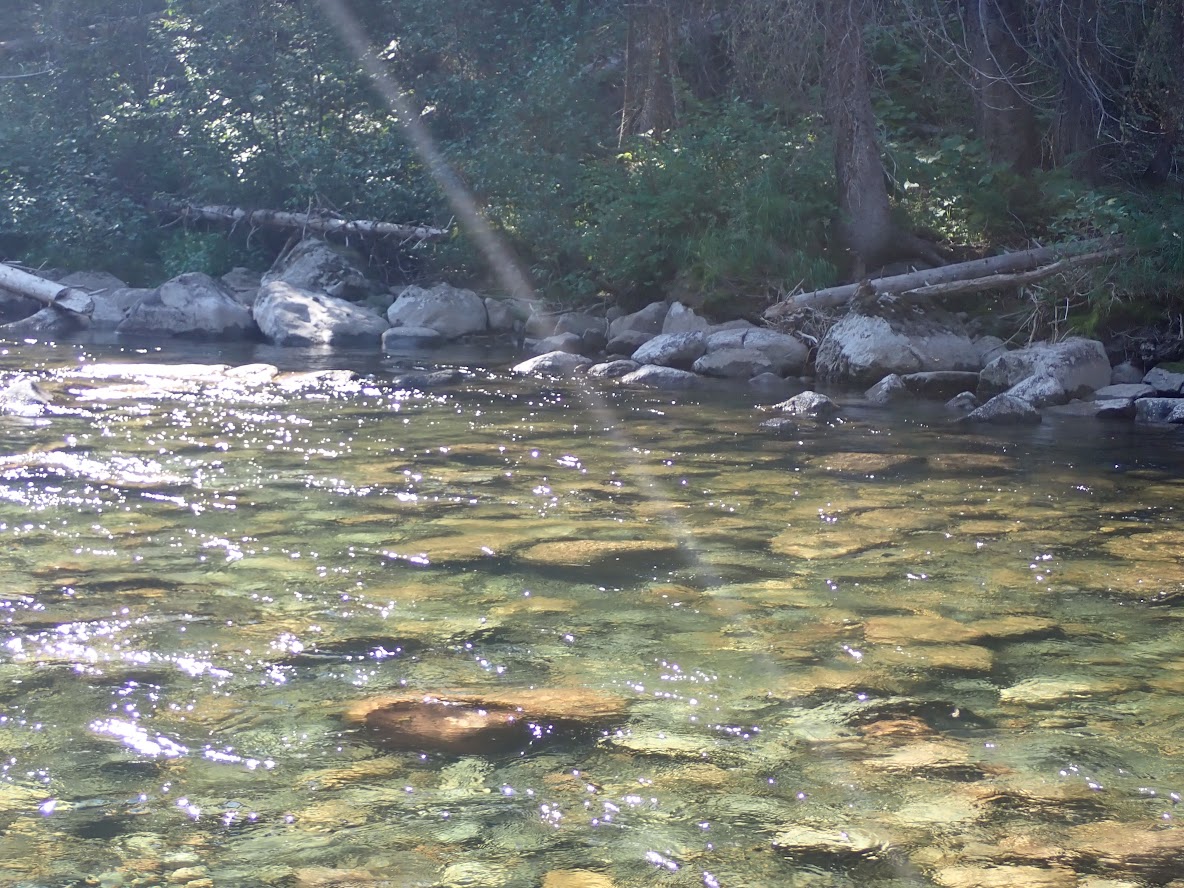 I continued mostly along the left bank, and at 10:45AM I hooked and landed an eight inch cutbow. Although it was a relatively small fish, I rejoiced at avoiding a skunking and admired the small wild jewel in my net. With one fish landed in 1.5 hours of fly fishing I decided to cut my losses and switched to plan B and migrated to one of the forks of the Elk River.